One of the oldest types of games available is strategy games. It’s something that people have been playing already, even before video games were invented, just like chess. This is also why strategy games are very popular for many people. Not only does this type of game make people showcase their strategic minds, but it also allows them to battle against other players.

Probably one of the most popular strategy games that you can play is Clash of Clans by Supercell. It’s a real-time strategy game that involves building a base and defending it against attacks from other players. What’s more, you get to put up walls, defensive towers, and so on. You also get to train various troops to help defend your base or attack opponents. Furthermore, the type of building you’ll construct, as well as the troops you’ll train, will depend on the strategy that you’ll use. 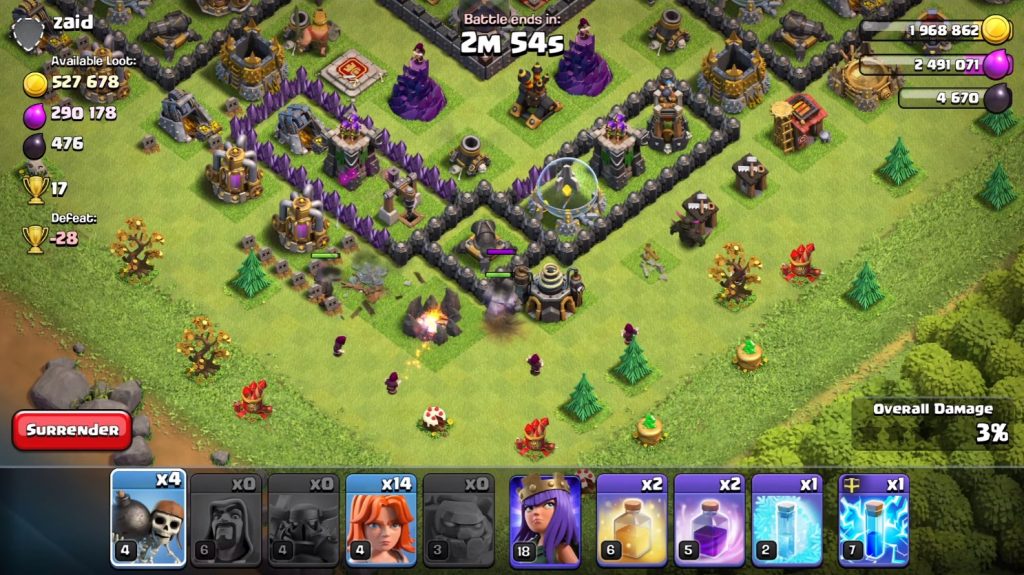 Furthermore, its simple but challenging gameplay is a big draw for players, which is why Clash of Clans is a very popular game. Despite not being a new strategy game, it’s still worth playing today.

If you prefer a strategy game that isn’t multiplayer, then Plants vs Zombies is a good option. This is another popular strategy game where you place plants on your lawn and protect your home from invading zombies. This game leans towards tower defense gameplay, but instead of defensive towers, you use defensive plants.

In Plants vs. Zombies, you will have access to a variety of plants. But you can only use a handful of them during the battle. So, you’ll need to be good at strategizing and using the right plant to counter the zombies that you’ll deal with. 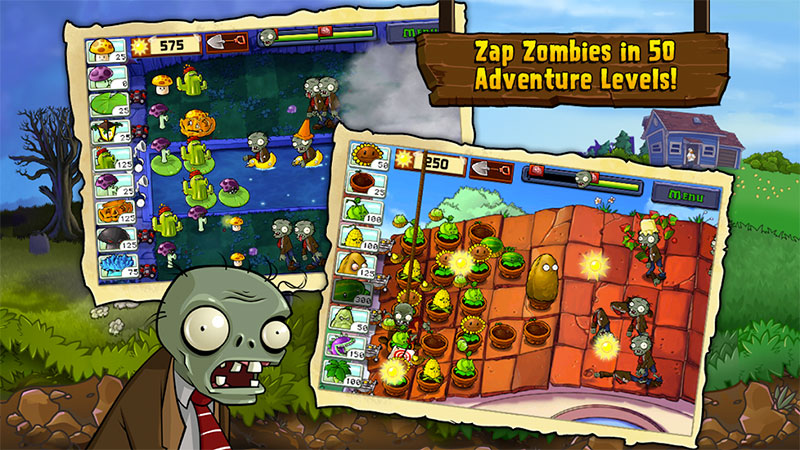 3. Rise of Empires: Ice and Fire

Another great real-time strategy to play is Rise of Empires: Ice and Fire. In this game, you’ll play as a leader of a small town, where your goal is to build it up to be a powerful empire. Moreover, you’ll construct different buildings, each with important functions to help your development. You’ll also train numerous troops and summon heroes to lead your troops. The more you train your troops, the more your defenses will get stronger. 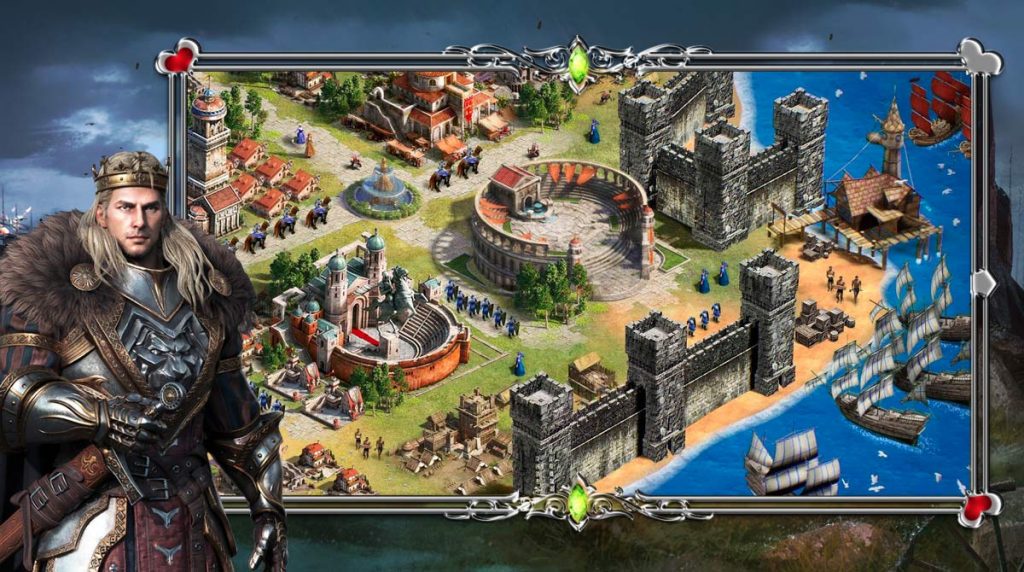 In this strategy game, teaming up with a strong alliance will be key to your development. Hence, Rise of Empires is a must-try if you want to interact and cooperate with other players.

If you’re someone who loves tower defense strategy games, then Kingdom Wars – Tower Defense Game is what you should play. What’s great about this game is that it’s not the typical tower defense where you try to survive the enemy’s attacks. Your goal in this game is to defeat your opponent and clear a level. When you summon troops, they will automatically move forward and meet the enemy’s troops in the middle. 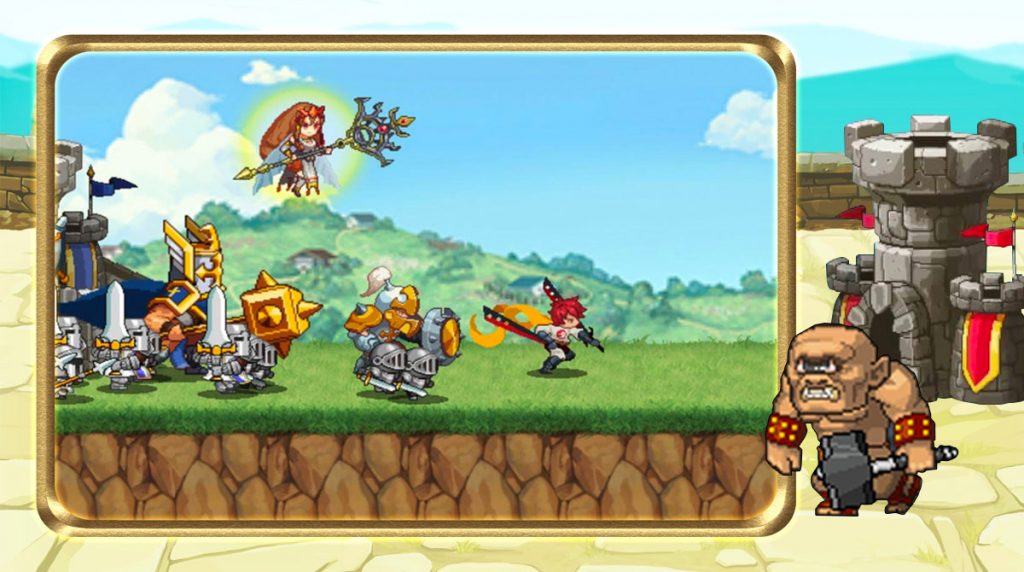 Ultimately, this game is a battle of who has the strongest troop and the ones with bigger numbers. It’s an exciting strategy game where using the right troops and properly leveling them up will be key to winning.

If you are looking for a strategy game with a few aspects of tower defense and RPG, then Lords Mobile is the game for you. It’s a typical strategy game where you build your kingdom and develop it into one of the powerful kingdoms. Since it also has an RPG component, your heroes will go on quests or missions. Moreover, the battles are also like tower defense games, where your troops will need to take down the enemy wall first and then, take out the troops or lower their morale so they retreat.

To sum it up, Lords Mobile is an awesome strategy game that’s worth downloading and playing. You won’t regret trying this game out!

Last, and certainly not the least, is Clash Royale. It’s another strategy game published by Supercell. When you play this game, you’ll recognize many troops and towers used here. That is because they’re also the ones used in Clash of Clans. But what’s different is that instead of building a base, you assemble a deck. Hence, Clash Royale is a strategy card game where your goal is to build a powerful deck and reign supreme. During the battle, your goal is to take down the enemy’s towers and do it through the deck you assembled. 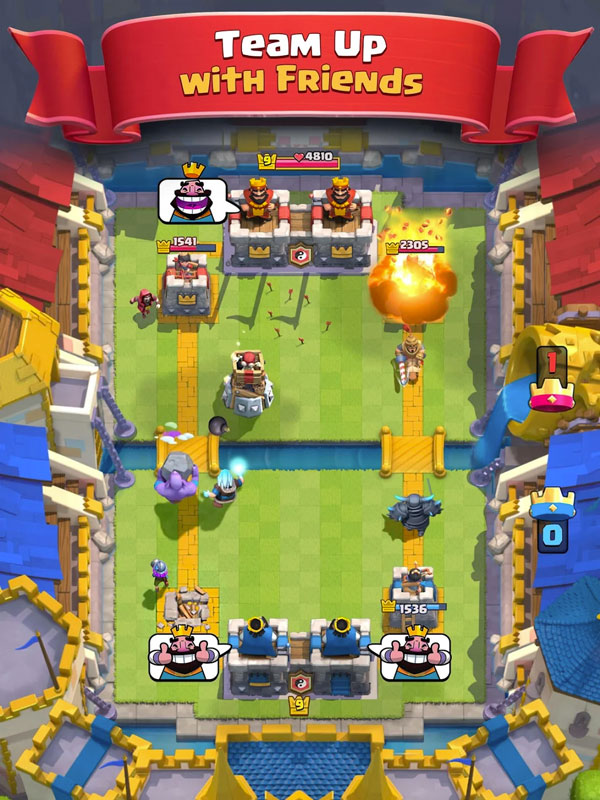 There are numerous strategy games available for you to play. But in case you’re undecided on which game to play, you can use this list to help you get started with your selection.