If you’re someone who enjoys playing competitive multiplayer action games, then you will enjoy Zooba: Zoo Battle Royale, an action shooter battle royale that also has a bit of MOBA in its gameplay. Like a battle royale game, you get to compete against at least 15 players inside a battle arena. It’s a fun game that can get competitive. Your success in this game, though, will depend on the Zooba characters.

The game features 29 different characters for you to use. Each character has unique skills and abilities. Like with MOBA games, they’ll have certain advantages and disadvantages. So, the best character will depend on the matchups and the character that other players chose. But certain characters can be considered powerful and can give the player an advantage. Let’s discuss in this post the best Zooba characters to use for easy victories.

Though Zooba is played like a MOBA game, there aren’t any character classes in the traditional sense. Therefore, you can place certain characters in certain classes like a tank, support, marksman, and so on. However, it’s based on what the character is known for and not because that’s where they should be categorized. For example, Buck, one of the starter characters you can begin with is known as a close-range fighter.

Buck is someone who specializes in melee battle, typical of fighters in MOBA games. Then there’s Nix who’s known as nimble and cunning, which is similar in a way to assassins. So, there aren’t any character classes, but their description will give you an idea of what kind of Zooba character they are and what they specialize in. 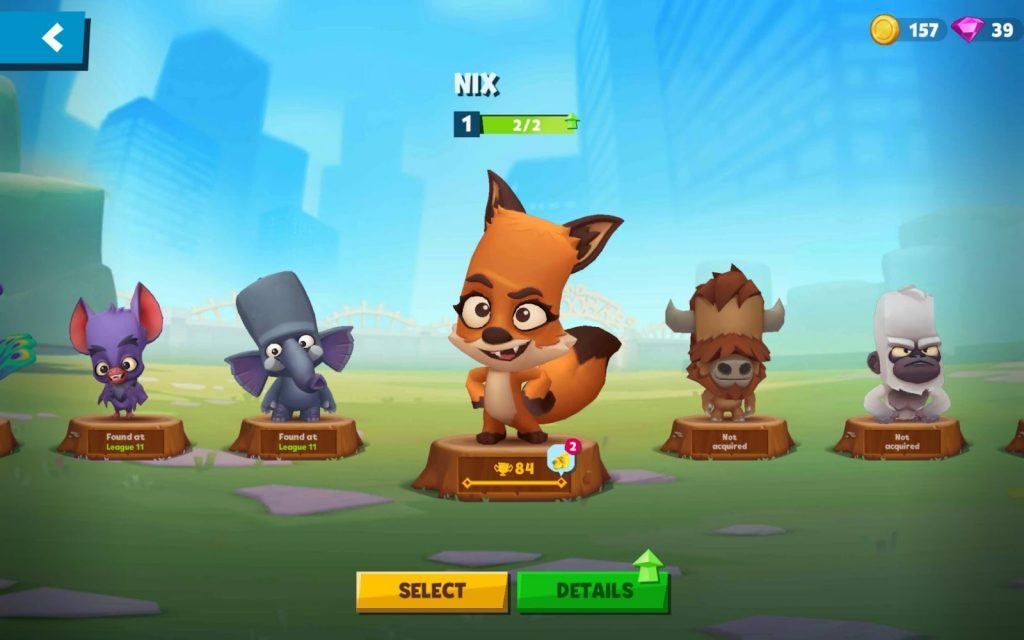 The Best Zooba Characters to Master

Let’s now proceed to identify the best Zooba characters that you can develop and master to help you win more in Zooba. These characters are not necessarily powerful, but they possess skills that are very useful during battles.

Probably one of the best characters that you can use to help you get more wins in Zooba is Molly the Mobility Expert. Her ability, which is the Double Jump, is great for escaping and chasing. Moreover, it allows her to jump twice in the direction she chose. It’s very handy if you want to escape battle or quickly chase enemies who have low health. What makes her the best character in the game, aside from her quickness and ability, is her companion Joey.

Joey can attack enemies while also collecting items for Molly. It’s easier for you to collect useful items without the need to go near them yourself. So it’s great if you can acquire her (she’s found in the creates from League 2+). Once you have her, just practice, so you can best utilize her abilities. Take note, she doesn’t have the best damage or health. That’s why her abilities are best used for escaping or chasing after low-health enemies. 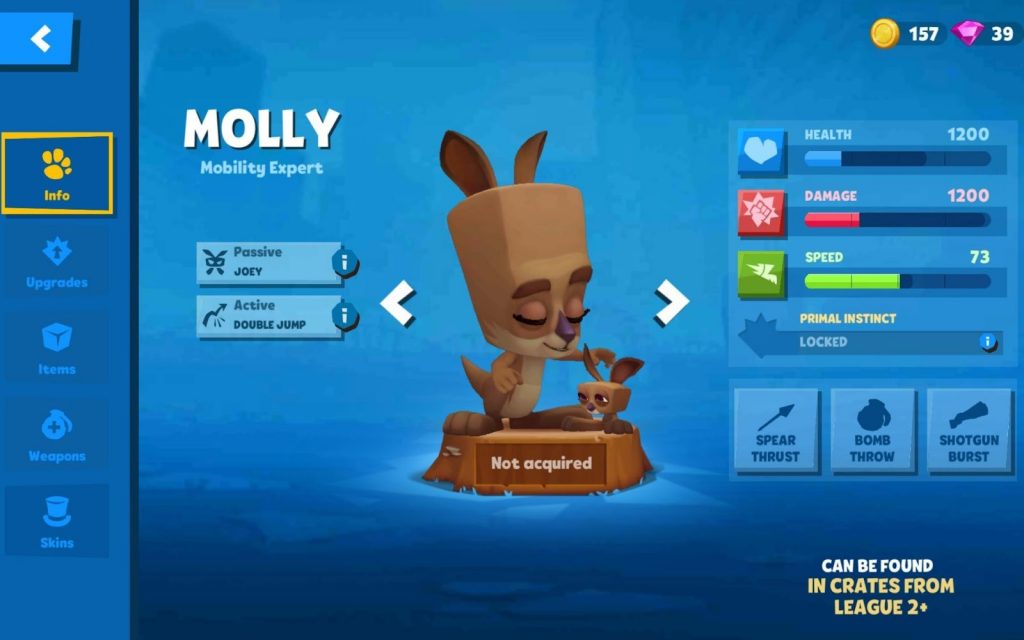 Another great character that you can master is Ravi the Charming Sniper. He currently has the highest damage available in the game and has a great defensive ability. His Mesmerize skill, when activated, makes it harder for enemies to aim. Hence, you can use it to escape or to kill your enemies first. He does have average speed and health, so make sure to always keep a distance from your enemies, especially during a dogfight.

His passive skill, That’s A Wrap, is also very useful. When Ravi’s health is full, all of his cooldowns are reduced, allowing you to use skills and weapons quickly. When health is low, Ravi increases his speed, allowing him to flee the battle quickly. Overall, he’s a great Zooba character if you prefer battling the enemies from a distance. 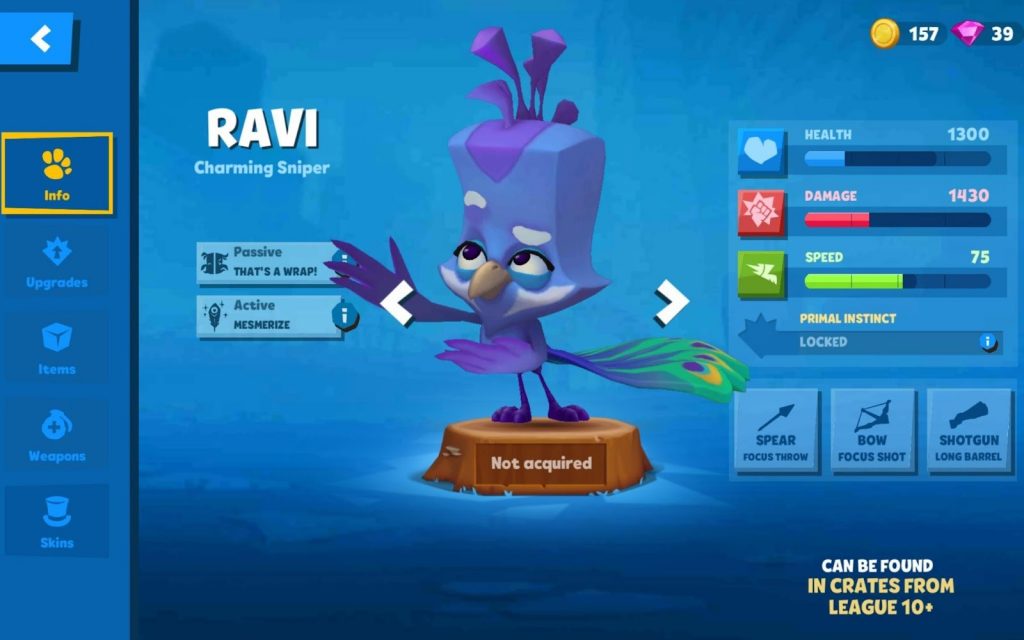 If you prefer a more tanky Zooba character, then you should go for Bruce the Unstoppable Warrior. He has one of the highest health in the game and can also deal decent damage. His active skill, Smash, is also a great way to initiate a fight. Bruce will jump and deal damage once he lands within an area. It’s a great way to start a fight, deal damage, and then use your weapons to finish them off.

His passive skill is what makes him a tank as his Tough Guy skill makes him immune to knockback. It means that Bruce will just continue to move forward and won’t be stopped. So Bruce is a great character that can tank damage while also dishing some. 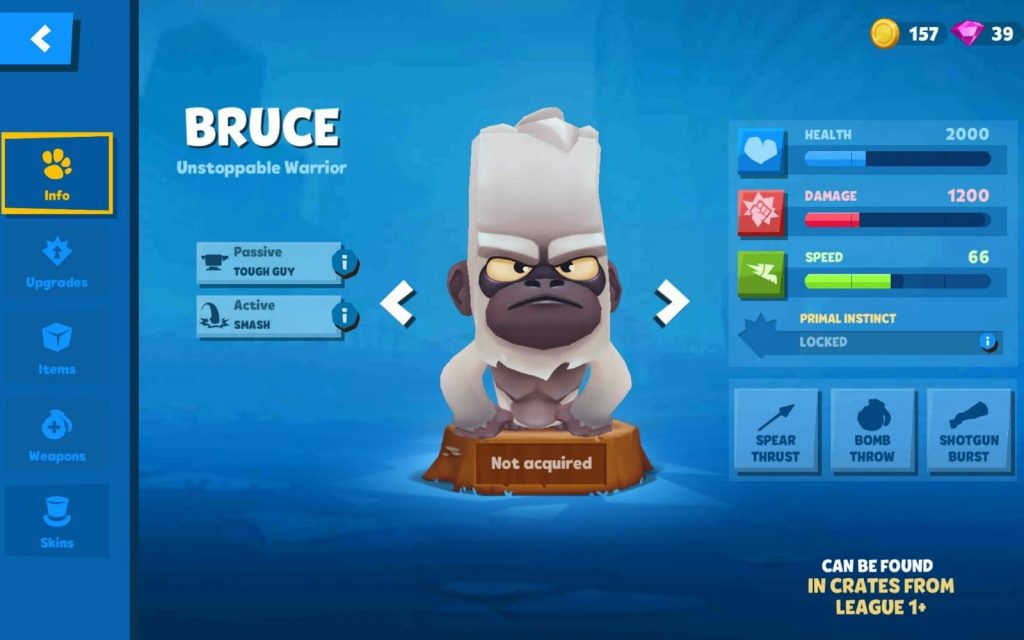 Another good Zooba character you can master, especially if you prefer being the support of your team, is Lizzy the Support Trapper. What’s great about her is her active skill, Eggs, where she lay eggs that can heal teammates and damage enemies. Hence, it’s a great ability to have in any team since it can help in healing teammates. Moreover, it can become handy when it’s hard to find a medical kit to heal.

Lizzy’s passive, Regeneration, is also useful in keeping her alive. Her health will automatically regenerate after several seconds of not taking damage. It means she doesn’t need a medical kit and you can give that to teammates. She’s one of the best support Zooba characters in the game. 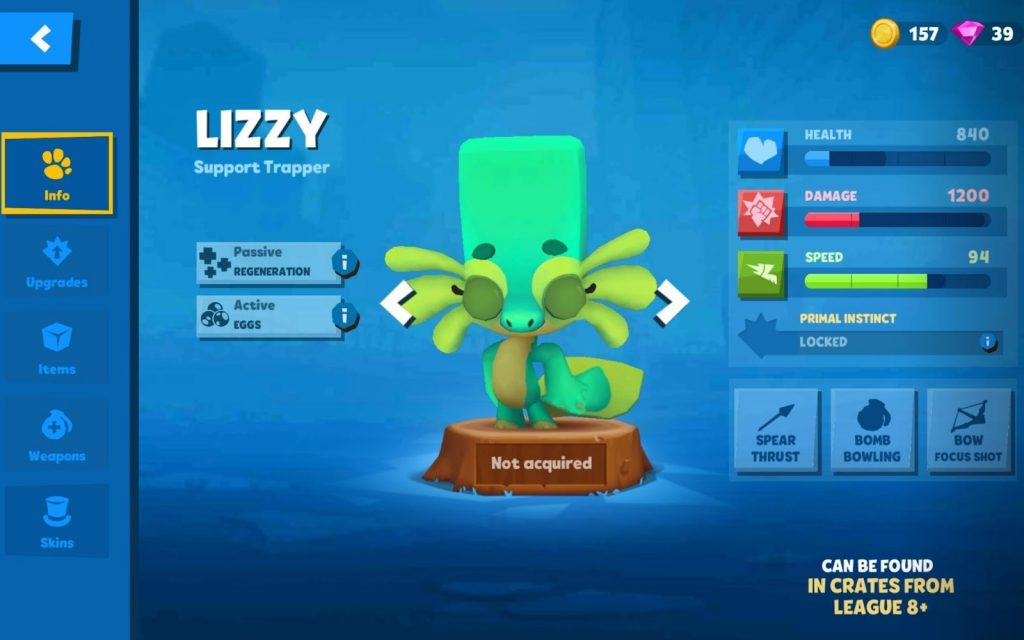 All Zooba characters can’t use weapons or skills while they’re in the water, except for Milo. It’s one of the reasons why he’s a good character to master as well, as he can be very valuable in maps where there are a lot of water bodies. His passive, Tall Traversal, allows him to use his skills and weapons, even while underwater. It’s very useful since you won’t be a sitting duck when you go into the water.

His active skill, Emergency Stretch, allows him to stretch in the aid and avoid damage while showing off his dance skills. He may specialize in maps with lots of water, but he can still be very useful, even in other maps. 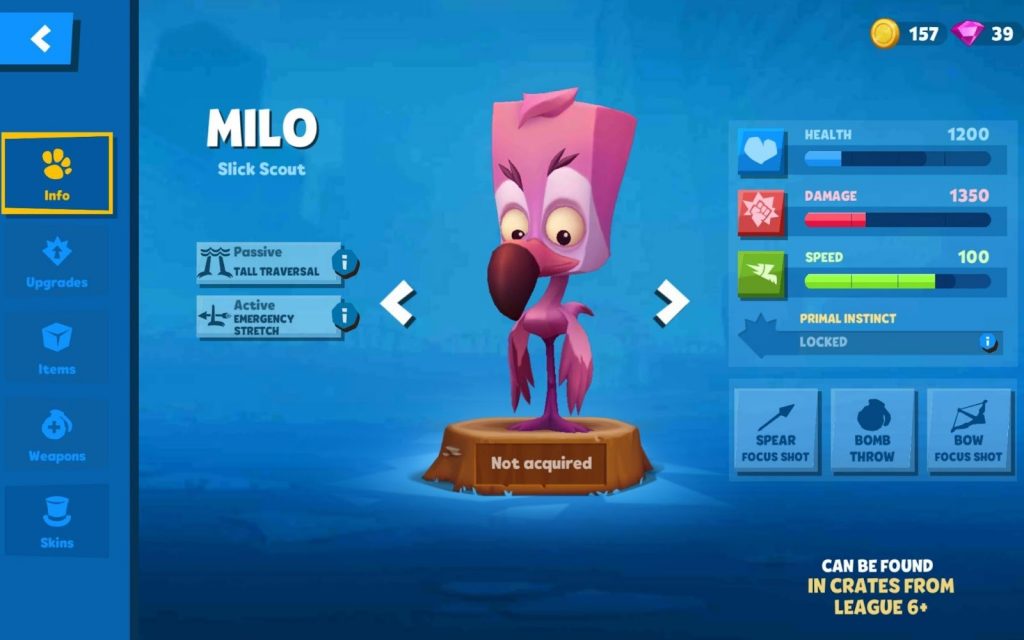 There are many more Zooba characters available. But the ones mentioned above are the best ones that can increase your chances of winning battles. So if you’re waiting for more updates regarding Zooba: Zoo Battle Royale Game, stay tuned here in EmulatorPC.

5 Best Battle Royale Games You Can Play on PC