Are you ready to go on a clash like no other? Do you want to experience bringing home the victory with the help of powerful heroes? Then, what are you waiting for? Play Clash of Clans now, and join the millions of players enjoying this strategy game from Supercell. Invade other clans, defend your base, build your village, and compete in an Epic Clan Wars now! Your unique troops are waiting for your command, so enter the world of Clash of Clans now for action-packed gameplay like no other.

Clash of Clans – Quick Overview of the Gameplay

Clash of Clans is all about thinking of the best strategies and plans to defend your base successfully. So first, you’ll have to choose a hero, build defensive structures, and choose the best Clash of Clans army to help you attack your enemies. Then, of course, you’ll need to think of various Clash of Clans attack strategies to help you win. Thankfully, there are many best troops in the game that you can choose from! 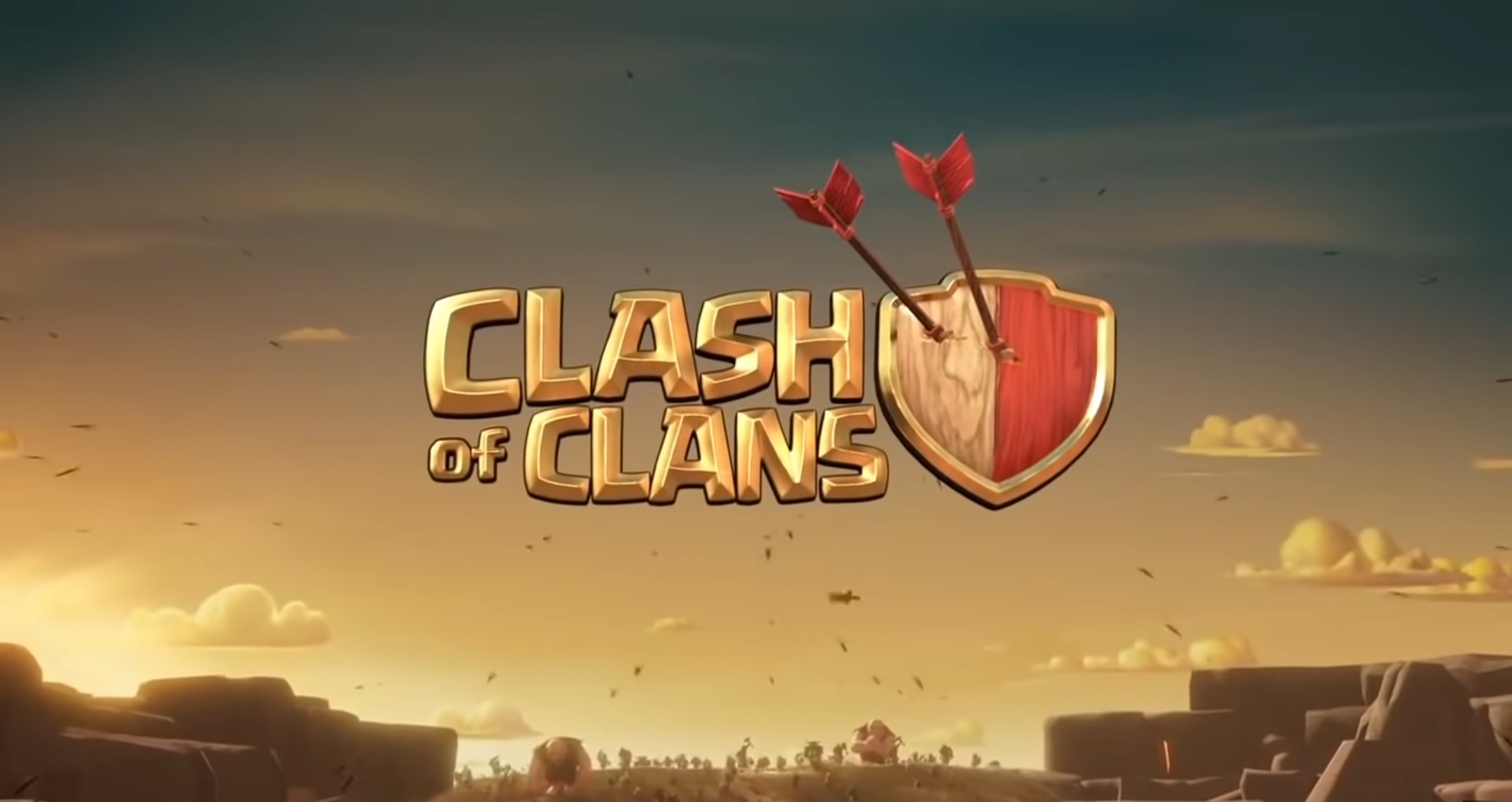 However, it won’t be easy to get the best armies. But with the right Clash of Clans best troops for attack, you’ll be able to dominate your foes. So, if you want to experience action and adventure with a mix of strategies, it’s time for you to join the Clash of Clans battlefield.

The first combination that you might want to use is the Barbarians and Archers. They are a classic choice for beginners because these are the first two troops you get to unlock in Clash of Clans. They are the most basic, so you need to practice how to attack with the help of these two troops. Since barbarians are more durable than archers, you’ll want to send them out first to soak up all the damage. After that, send in the archers to deal the most damage while the barbarians are attacking the exteriors of the enemy base.

The second combination is Giants, Archers, and Barbarians. With the help of the Giants, they can take the most hits while targeting the enemy defenses first. However, they move slowly, so you must make a path to go straight to their targets. Once done, send them to distract the enemy weapons.

Another combination is the Giants, Wizards, and Balloons. The last two additions to your troops will help you deal more damage to your enemies mercilessly. The wizards are much like the archers, where they can quickly shoot over walls. On the other hand, balloons go after enemy weapons like the giants, but walls unencumbered them.

Giants, Wizards, and Healers are the next combination, where the healer is tasked to heal or mend the troops. But she doesn’t have offensive skills, making her highly vulnerable. So, it’s imperative to make sure that she’s safe at all times. So, you can drop the giants to make them absorb the base’s defenses, then send the wizards to destroy them. After that, let the healers rejuvenate the HP of both the wizards and giants, making them unstoppable against cannons, mortars, and more. 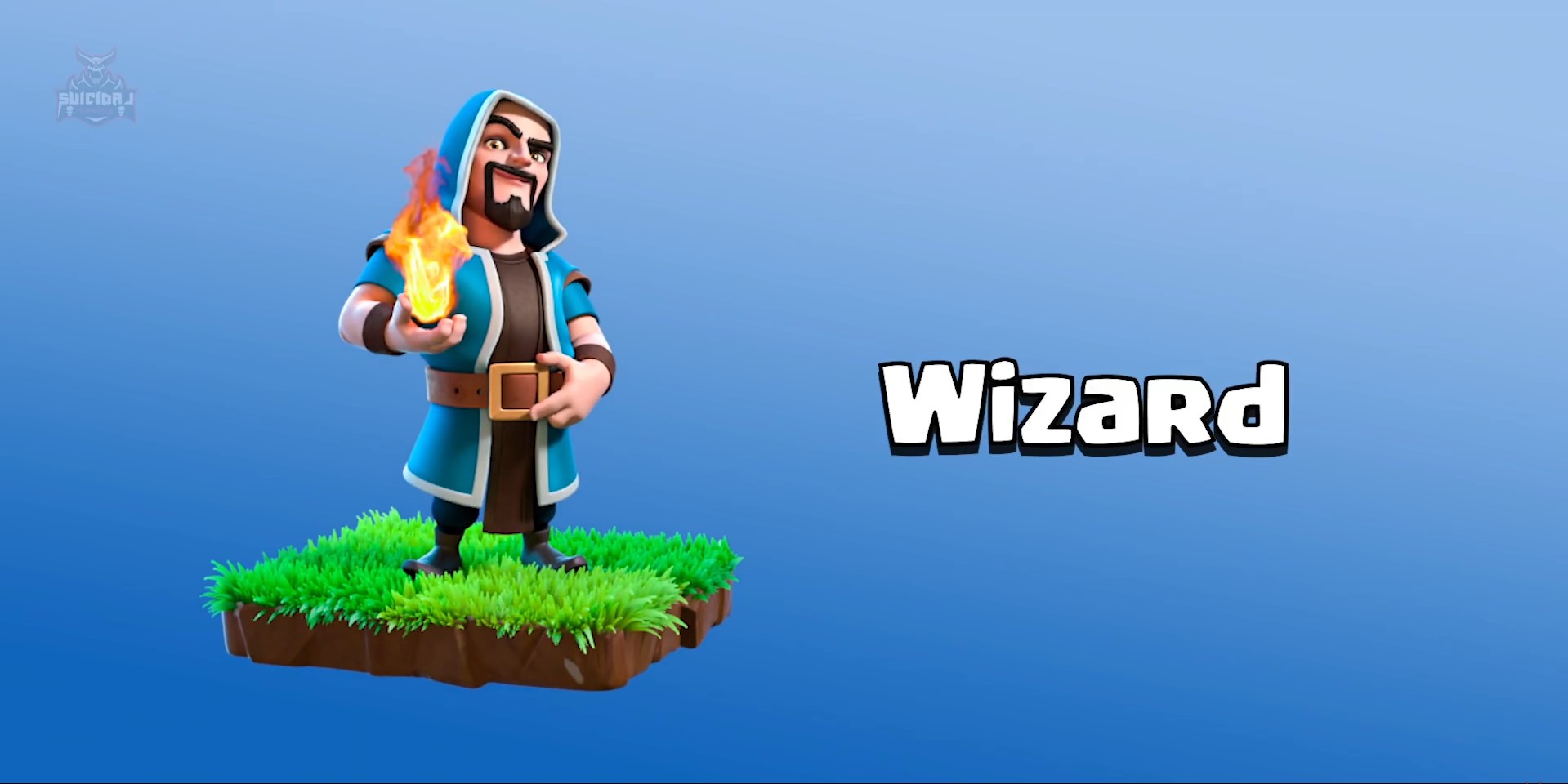 Balloons and Archers are another Clash of Clans best armies combination, where you rely on the balloons to take out all or nearly all of the enemy defenses. Air defense is one of the biggest threats in battle, so a few lightning spells will take care of them. After that, send in the archers to finish off the non-weapon buildings. 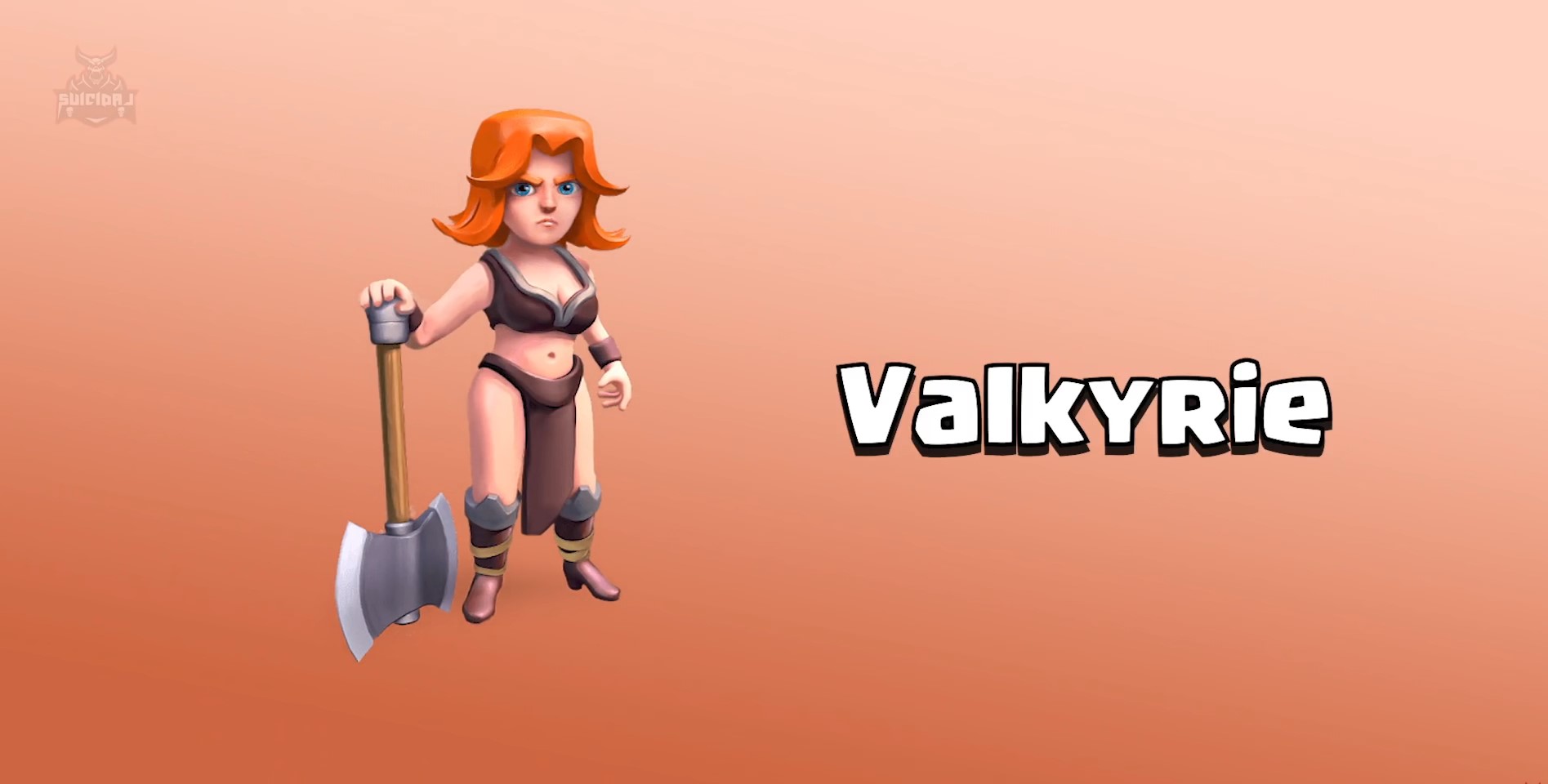 Some of the more elite troop combinations are Golems, Hog Riders, and Valkyries. The golems are an incredibly strong unit that goes after the defensive buildings. The valkyries can also soak up damage and can take out two buildings at once. Finally, the hog riders can leap over walls and go after the defensive buildings like the golems. You can send in the golems and valkyries first, while backed up by archers, wizards, etc. Next, the hog riders will overtake the other half of the base while using rage or healing spells to take out the rest of the enemy weapons. 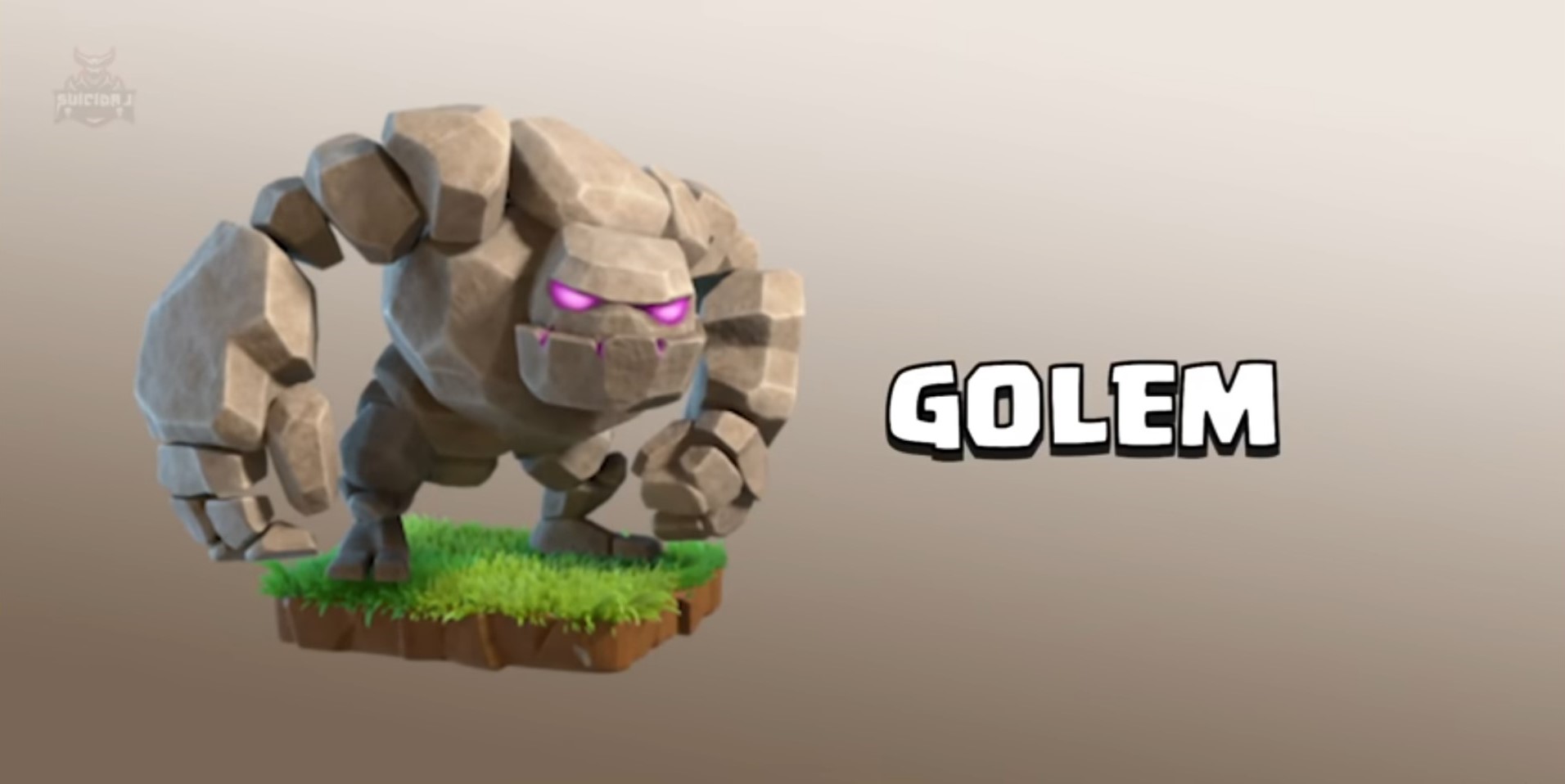 P.E.K.K.A. is a powerful unit that can withstand an enormous amount of hits. Another powerful unit you will use is dragons. So first, send in the wall breakers in the direction of the enemy’s air defense. Next, deploy your healer to keep your giants alive as long as possible. Then drop your P.E.K.K.A. to finish everything while absorbing attacks. Finally, deploy your dragon to do the worst. 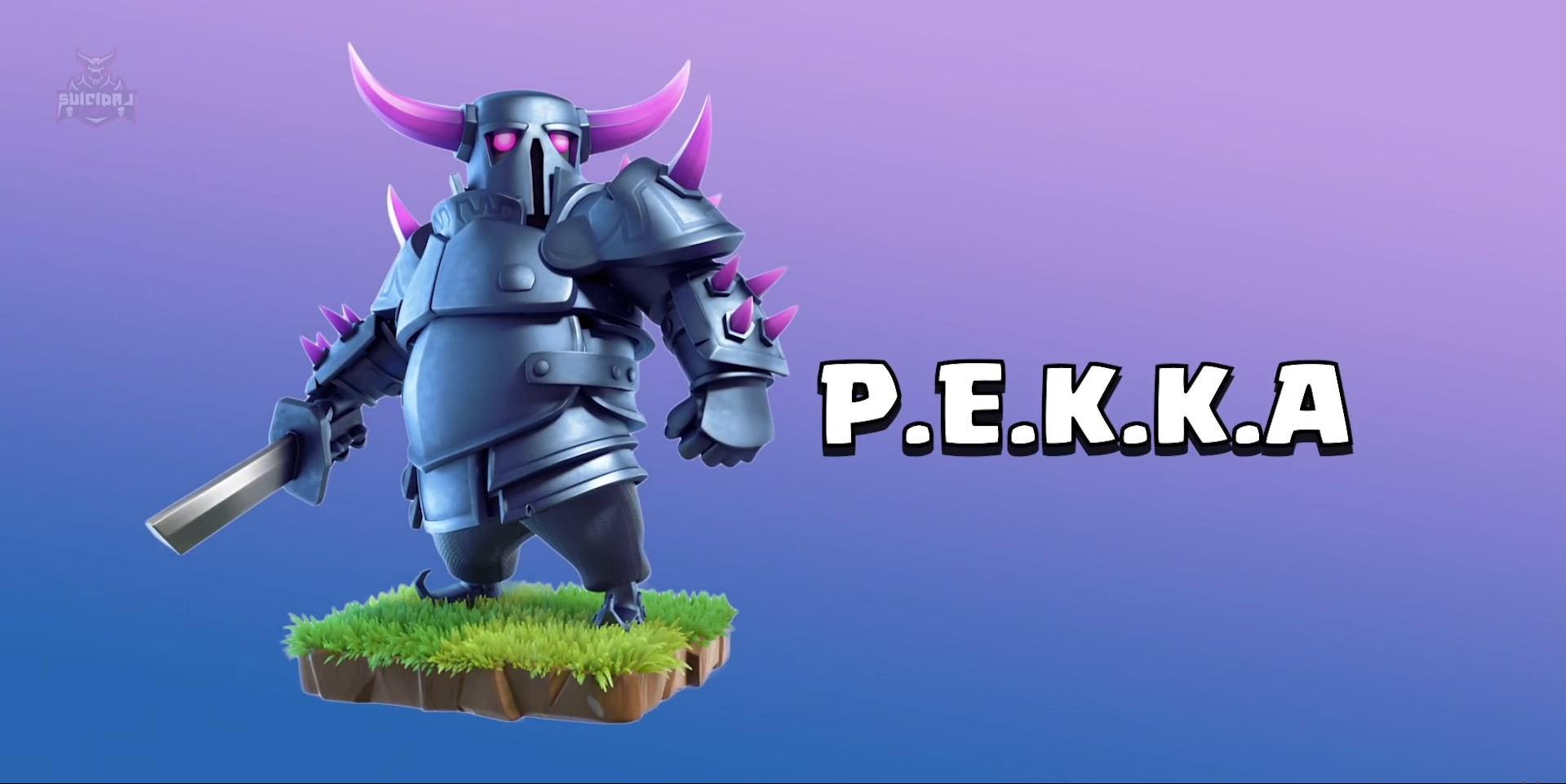 The most potent attack of them all is a troop made out of the Barbarian King, Archer Queen, Golems, Healers, and Wizards. They are heroes, which, when unlocked, are available for attacking and defending. But during this raid, you need to keep them alive by dropping a handful of healers behind them.

At the same time, the wizards will take care of carving a path to victory. But make sure to target air defenses because the healers are the heart of this raid. In addition, your golems can make use of jump spells and wall breakers to get into the heart of the base much quickly.

These are just some of the best troops in Clash of Clans to aid you well in your battles. Nevertheless, it is up to you to create the best strategy that works well for your gameplay. Build your best armies in the game now!