Epic Seven is a fun and exciting role-playing game that you can play. It features awesome graphics, action-packed battles, and epic adventures. You get to assemble a team of powerful characters and go on epic adventures and participate in the battle. There are more than 200 characters for you to acquire, collect, and use in the game.

With so many different heroes available, this becomes an issue with choosing which hero to use for battle. It’s also worth noting that each hero in the game will belong to one of 6 classes, Knight, Rangers, Mages, Warriors, Soul Weavers, and Thief. This blog post will be an Epic Seven guide. For this post, we’ll look at the top rangers in Epic Seven. You can check out other hero tiers here.

The Top Rangers in Epic Seven

The ranger class in Epic Seven are the physical damage dealers in the RPG. They’re the characters that can dish out a lot of damage in many ways while also providing different kinds of debuffs. This makes them one of the most useful character classes in the game. Players would need to have at least one ranger on their team. To know who the top rangers are in the game, let’s discuss the character tiers in this section.

If you want to know who the top rangers are, look no further than the S-tier rangers. They’re the powerful heroes in their class, possessing unique and very useful skill sets and abilities. They’re the rangers that every player must have on their team if they’re looking to form a mighty team. These are the characters that you would consider as overpowered.

Since they’re very powerful characters, only 3 S-tier rangers are available: Seaside Bellona, Iseria, and Landy. These are the characters you would want to focus on when it comes to leveling up and development. If you need a ranger and you happen to have at least 1 of these S-tiers, then you won’t need to use other rangers. 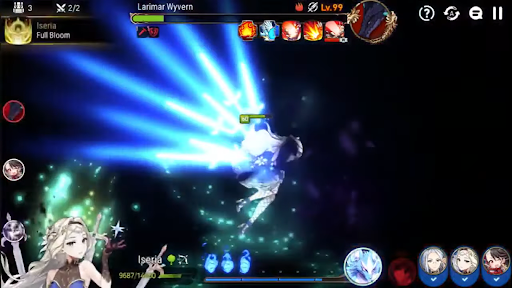 Since there are only 3 S-tier rangers, it’s not going to be easy to acquire them. Well, you can try your luck then in acquiring the A-tier rangers. They’re not as powerful as the S-tiers, but they’re still powerful in their own right. They’re a very good alternative if you don’t have any of the top rangers available right now. They can still help you get by in all of the battles without any issues.

Like with the S-tier rangers, there are only 3 A-tiers available, Flan, Briar Witch Iseria, and Bellona. Since they’re still powerful characters, you can also spend resources leveling them up and developing them. They could be your primary ranger if you don’t get your hands on any of the S-tier rangers. 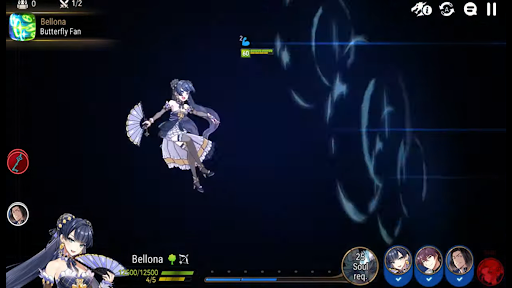 If you still can’t get your hands on any A-tier rangers, then B-tier rangers are good alternatives. They’re not as powerful or viable as the S- and A-tiers, but they’re still helpful. They’re still good characters that can help you get the job done. They will still allow you clear battles, but with some difficulties. You can use them while you wait to acquire an S- or A-tier ranger and then replace them. There are currently 6 B-tier rangers, so you’ll have more chances of getting one to use for your team.

The B-tier rangers are All-rounder Wanda, Watcher Schuri, Cerise, Leo, Operator Sigret, and Lidica. In terms of development, you can spend some resources on them. But only develop them as needed. It’s best if you can save your resources, as much as possible, for the higher-tier characters. 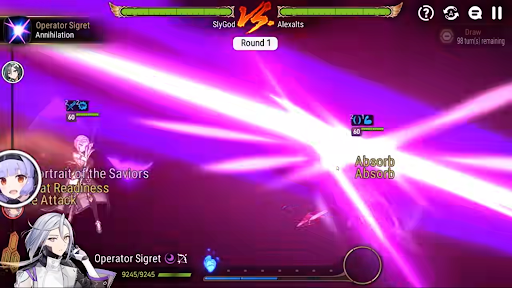 These are the mediocre to decent rangers in the game. They’re the heroes that you will likely ignore unless you don’t have access to the higher-tier heroes and you need a ranger. They can still help get the job done during battles, but don’t expect them to carry you to victory. These are your last resort characters, in case you don’t have something better. There are currently 13 C-tier rangers, so there’s a higher chance you’d get them than the higher-tier rangers.

The C-tiers are Celeste, Summertime Iseria, Elphelt Valentine, Wanda, Wanderer Silk, Glenn, Faithless Lidica, Bomb Model Kanna, Pavel, Schuri, Silk, Furious, and Yuna. In terms of development, you should focus more on the higher-tier heroes you have from other classes. You try to avoid spending any as many resources as possible unless it’s really necessary. 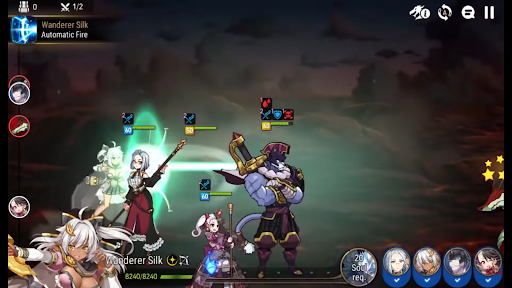 Rangers are influential physical damage dealers that can significantly make battles easy for you. Of course, not all rangers are created equal, as there are characters that are just more powerful. To know the top rangers in the game, just read the more blog post for Epic Seven, so you’ll know who to focus on.