Role-playing games are always fun to play because of the many elements that they provide. One of those elements would be awesome graphics and visual arts. If you like playing RPGs with great visual arts, as well as good-looking characters, then Epic Seven is the game for you. Published by Smilegate Megaport, it’s a game that features anime-like characters that you can summon and use in various battles.

But with many possible waifus available, who among them would be considered the best? This topic will be answered in this Epic Seven blog post. We’ll discuss who’s the ten best waifus in the game and why they’re the best.

The 10 Best Waifus in Epic Seven

Epic Seven is known for having good anime-looking characters that many people consider waifu material. But with many different characters available, who among them is the best? Let’s answer that in this section.

One of the most powerful AoE mages in the game is Dizzy. Her debuffs and her ability to extend her debuff duration make her a coveted character in Epic Seven. She can fit in many team compositions and is usable in both PVE and PVP modes. She’s also one of the beautiful characters in the game and features awesome animations across the board. A character that’s worthy of being a waifu with her beauty and power. 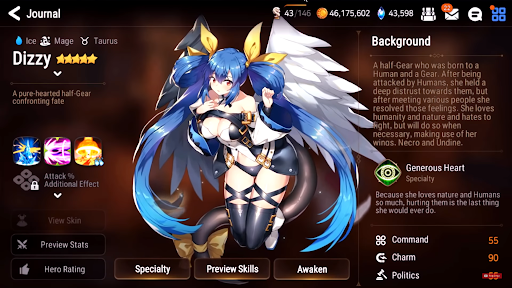 If dispel is what you need, then Judge Kise is a character that’s worth getting since she has an AoE dispel. She can also dish out heavy damage and affect the enemy skill cooldown, forcing them to use only basic attacks. This makes her a nightmare in both PVE and PVP mode. She is also one of the attractive characters in the game, and this skin further enhances her goddess look. This is why she’s also one of the best waifu in the game. 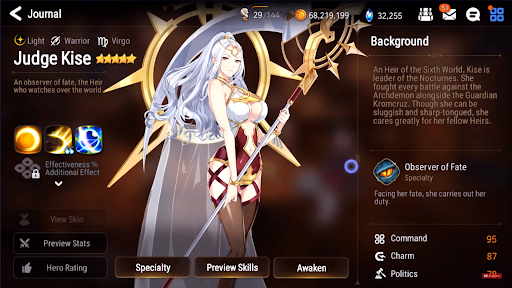 A support-attacker type, Iseria is a character that is a must-have for any player due to her awesome kit. She can buff your team’s damage, increasing it as well as enhancing their special skills. It is especially scary to deal with in PVP since her buffs can be hard to counter. She is also one of the best-dressed characters and one of the prettiest. The Second-in-Command in the Order of the Sword and has the title of the Knight of White Flowers. Iseria is that dominant but respectful waifu that any guy would dream of. 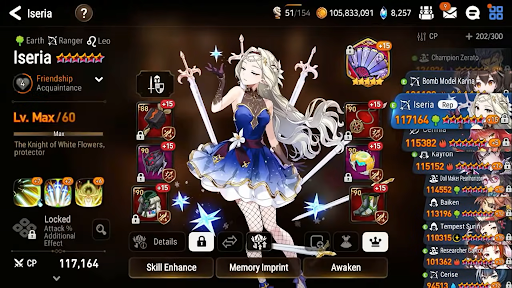 Teneberia is a powerful mage that uses illusions to toy and torment opponents. Known as the Phantom Queen, she can be hard and annoying to deal with in PVP mode. She’s also a very beautiful character. She won’t need to use her illusion power to bewilder you since her beauty alone will do that. She also has that playful look, which makes her even more attractive and deserving of being considered one of the best waifu. 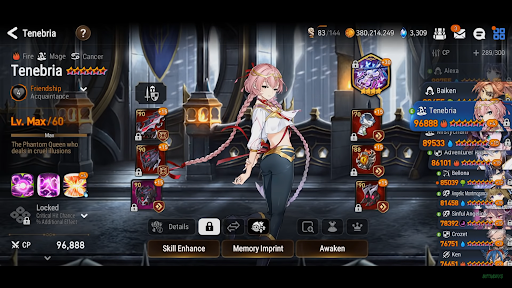 Mercedes is another attractive character in Epic Seven. But out of all her available variants, Celestial Mercedes is likely the best one available. She features powerful skill-sets that can also blend well with other heroes. Her appearance features a bright colour palette that will brighten anyone’s day who happens to gaze at her beauty. A character that’s truly waifu material. 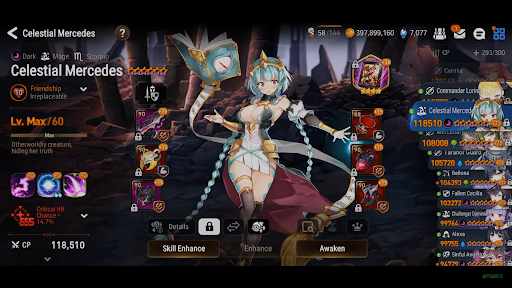 If you think Judge Kise looks amazing, wait until you see Kise herself. She is the leader of the Nocturnes and has a high base attack, and is a great character for Wyvern. She is a viable option for both PVE and PVP. Kise is also an attractive character and has that tendency to obsess over the things she loves. She’s like that loyal and jealous type waifu who’ll obsess over you if you happen to be one of her loves as well. A waifu that’s worth having. 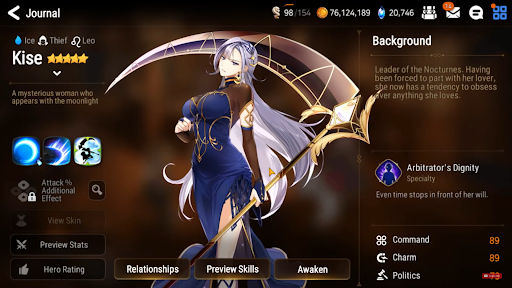 If you need a healer character, then Emilia is one of the best ones available in Epic Seven. She does not only heal, but she can also debuff enemies and boost your team’s stats. Emilia is also a character that is very useful in any battle situation. She is also one of the newer characters but is already one of the best waifus out there. Her innocent look makes you want to protect her and be her knight in shining armour. 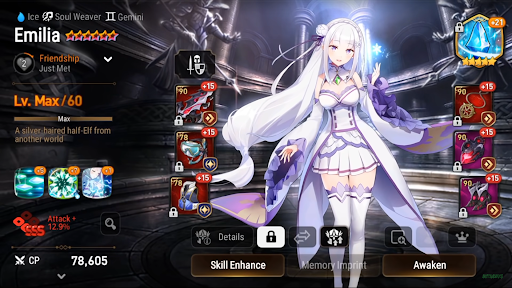 If you’re into high-class waifus, then Bellona is probably the best one out there. Though she may be a noble, she’s someone who enjoys fighting strong enemies. Her strong AoE attacks and defense break skills make her a force to be reckoned with in any battle. So don’t let her pretty face and noble status fool you. She’s willing to throw down and prove how strong she is. A noble waifu who can fight, what more can you ask? 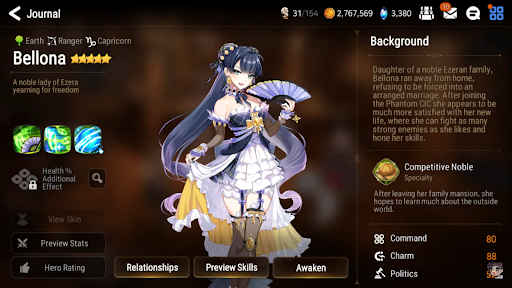 As a half-dragon, Luna is one of the powerful and well-rounded characters in the game. The Ice Warrior is also very easy to equip since her crit and attack requirements are low. An all-around character that can be used in many situations. Though she may be a half-dragon, you won’t see that in her appearance because of her beauty. She also has a pretty smile, but a smile that’s hiding her true feelings. Nevertheless, she is one of the best waifu in the game that also features fun animations. 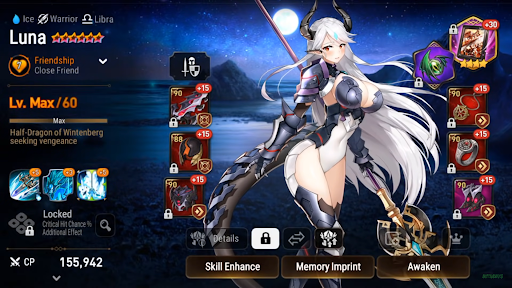 Unlike Luna, Yufine is a dragon, but her appearance doesn’t reflect that. She’s also not the most powerful character in the game, but she is great support. She can debuff enemies and buff teammates, making her a great character to use in many battle situations. She is also very cheerful and curious, which makes her a fun and exciting character to have. This is why she’s considered the best waifu. 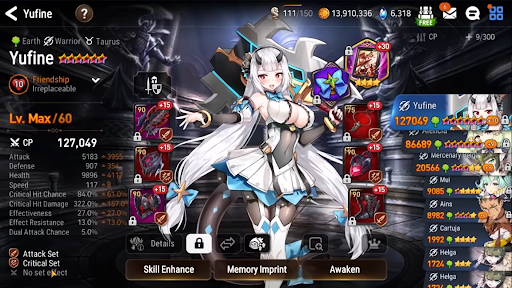 There are many more waifu material characters in Epic Seven. But if you’re looking for the best ones available, then look no further than this list.