Servants are the most important element in the entire gameplay mechanics in FGO. After all, you would not have the role of “master” if you are missing your subjects. Any master knows that the skills and abilities of the subject can make or break the role. It’s basically saying that the more powerful your servants are, the higher your chances of dominating this turn-based tactical RPG. With that said, knowing which servants to look out for will be beneficial to your progression.

FGO All Servant List – From Current to Summer 2021 Japan & NA

To help you learn more about the most powerful servants in the game, we took the liberty to acquire the latest tier list that we could get our hands-on. The FGO tier list below comes from TierMaker averaged from 1363 submissions from the FGO community. Do take note that due to the vast number of servants in the game, we will only be looking at three of the characters from the EX tier up to the C tier. It means that any character below the C Tier is worth ignoring, to say the least. With that out of the way, feel free to check out the latest tier list below.

Inspired by the popular sorcerer from the court of King Arthur, Merlin is considered one of the strongest casters in the game. When paired with a buster servant, this character can provide offensive buffs to counter the enemy. 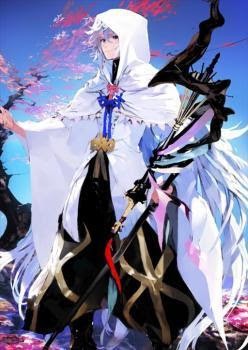 In contrast with Merlin, Miyamoto Mushashi comes with a variety of tools that can remove NP buff, self debuff cleansing, invincibility, and ignore invincibility. This character is highly effective in challenge quests and is considered the best among sabers when it comes to supply abilities. 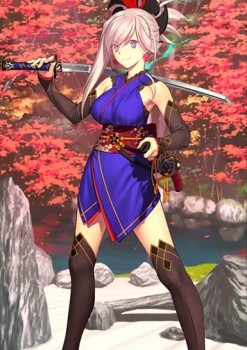 Considered as one of the best Avengers in the game, Jeanne d’Arc is a character to watch out for. This is due to the servant’s NP that can inflict debuff on a single target to nullify the next buff. This ability alone together with the charisma-like Dragon Witch skill makes Jeanne a game-breaker. 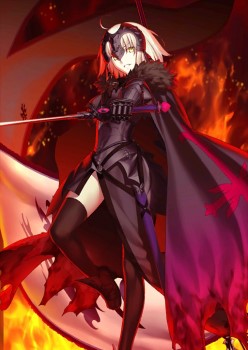 The A+ Tier includes Katsushika Hokusai, Enkidu, and Edmond Dantes.

Part of what makes Hokusai one of the best foreigner servants in the game is her lack of natural enemies. Compared to other characters in the foreigner class, Hokusai only receives super-effective damage from alter-egos and other characters from her class. This attribute alone makes her an effective character against servants from other classes. Enkidu comes with a high HP and a powerful combination of skills. Enkidu’s most notable attributes are the heal+debuff-removal and the critical chance reduction. This is what makes this servant effective against archers with high-crit abilities. 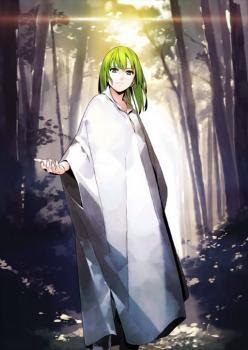 Named after the main protagonist of the Count of Monte Cristo, Edmond Dantes is an avenger class servant with a looping farming potential. Some of the most iconic attributes of this servant include the Iron Determination that provides 50% ATK Steroid and the natural Ignore Invincibility attribute built within. Edmond also comes with the Golden Rule skill that boosts NP gain for both offensive and defensive with decent uptime. The A Tier list includes BB, Atalante, and Arthur Pendragon.

As an Arts damage-inflicter, BB comes with low base damage. To cope with this handicap, she has her welfare and Territory creation that makes her NP Arts damaging. She also comes with a Self-Modification skill made up of a brilliant combination of Star Gathering and Critical Damage Buffs. These attributes make this servant one of the most balanced Arts users in the game. 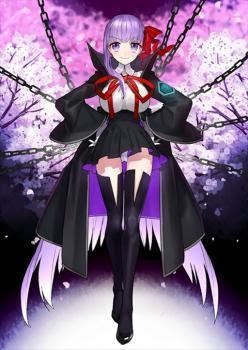 Atalante comes with a high-star NP Generation, good critical damage, and a high NP gauge refund. In contrast with her impressive NP are the low attack, low pre-interlude skills, and slow NP gain. These attributes make this character a balanced character that suits the A-tier. 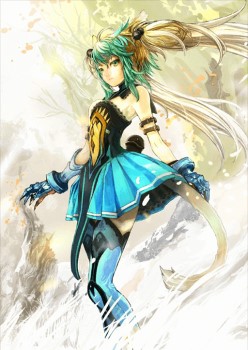 Dubbed as a great farming servant, Arthur Pendragon comes with strong burst damage perfect for inflicting damage on Giants with low cooldowns. This makes this A-Tier servant great for Challenge Quests packed with huge enemies. He is also one of the best servants to bring during boss battles. 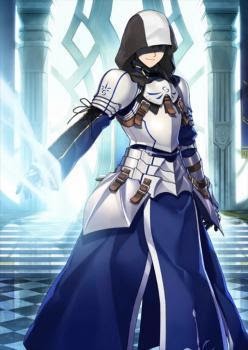 The B+ Tier list includes Arjuna, Arash, and Amakusa Shirou.

Arjuna, despite falling under the B+ Tier, is one of the best servants to bring when you encounter challenging boss battles. Arjuna’s 5-turn heal ability provides an impressive 10,000 HP. In addition, this servant’s upgraded Clairvoyance blesses him with debuff immunity in 5 out of the six turns. Arjuna is highly recommended in Challenge Quests with debuff immunity handicap. 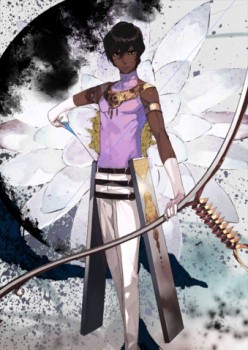 Inspired by the legendary archer from Iranian mythology, Arash is another B+ Tier Archer with farming potential. In addition, this servant also comes with a skill called 500-Year Obsession that provides multiple benefits to the team upon his demise. Not to mention that the said skill also rallies a new servant into battle. 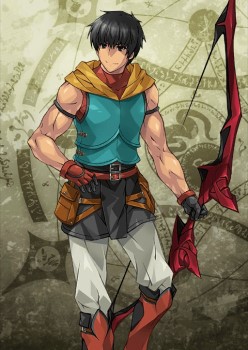 Amakusa Shirou comes with an innate ability to wipe buffs from an entire line of enemies. This ruler also comes with a strong NP gain, impressive survivability, and great team support. Despite having such brilliant skills, Amakusa does not come with reliable defensive attributes to properly protect him during battles. Nevertheless, with the right strategy, this servant will prove to be useful in tough encounters in the game. 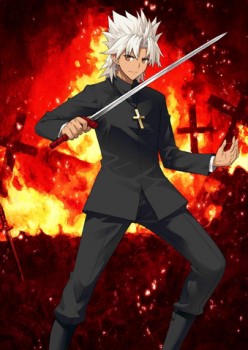 The B Tier includes Vlad III, Valkyrie, and Katou Danzo.

Previously known as the Lancer of Wallachia, Vlad III is a berserker that comes with high NP damage, respectable survivability, impressive potential, and critical stars refund. Vlad III may look intimidating due to his title as Lord Impaler, but he still needs a little help from his allies, specifically from a solid Arts Team. With the right company, Vlad can inflict a massive amount of damage that will leave his enemies impaled in their place. 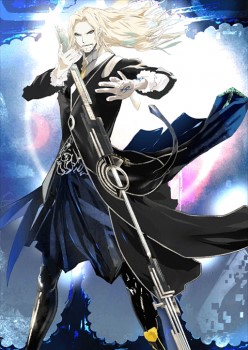 Valkyrie comes with a set of well-rounded skills that are worth checking out. This divine servant comes with a strong NP looping potential and Refund. In addition, Valkyrie boasts a decent critical star generation and the highest HP in her class. 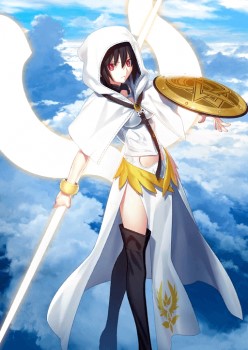 Coined as a buster-based anti-demonic assassin, Katou Hanzo is a decent damage dealer who happens to be a doll. Despite being a puppet, this servant comes with impressive invincibility/evasion support, notable star generation, and an anti-demonic phantasm. 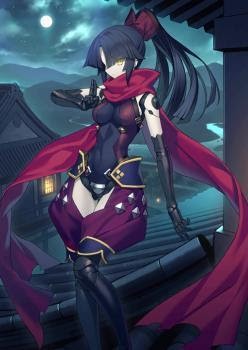 David, compared to other servants in the Archer Class, comes with a weak star generation and NP. This handicap makes this servant unable to execute buster chains creating a limit to his critical damage potential. To balance out his flaws, David comes equipped with a brilliant set of skills tailored to support his teammates. What this servant lacks in damage, he makes up for in defense and healing. 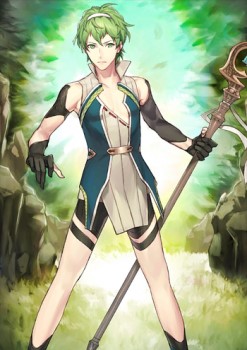 Emiya of the assassin class is the only service with a targetable taunt skill that redirects all attacks to an ally for a single turn. In addition, he also comes with a high hit count and can ignore invincibility on demand. These attributes make him an asset to casters, critical damage servants, and art teams. 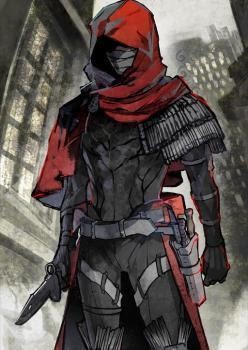 Ibaraki the lancer is the perfect servant for those who are looking for someone who can inflict sustained damage. This servant also has the ability to acquire critical stars and increase her critical damage skill. In addition, she also comes with high HP, and a notable NP gain. 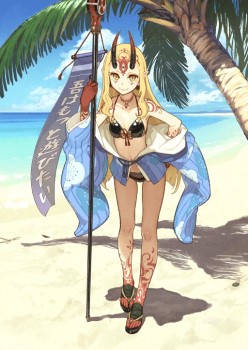 Despite falling under the C Tier, Geronimo comes with some top-of-the-line skills absent in other servants. For starters, this caster boasts the second-highest three-star attack and the highest post-interlude 3-star caster multiplier. As impressive as his attributes may look, Geronimo is not an effective servant in team plays since he offers no utility other than his NP. 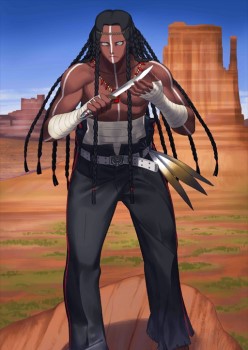 If you are looking for a servant suitable for farming tasks, then Darius the berserker is the one for you. This low-rarity servant comes with a level 5 noble phantasm, notable basic damage, and decent survivability. 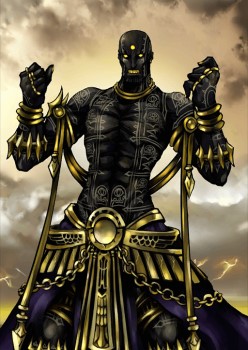 The final servant on our tier overview is Musashibou Benkei. Despite his fierce appearance, this servant is one of the few characters that come with a low-cost taunt skill. He can also provide a decent boss control value through NP block and skill. 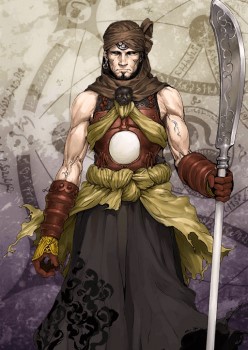 Now, the servants that fall under Tiers D+ to E, are not terrible per se since they are powerful in their own ways. Nevertheless, unless the developers unleash a huge balance update into the game, there is no reason for us to further discuss the status and attributes of those servants. Do take note, however, that these FGO Tier lists are not official and are only based on the experience of the author.

Other than that, feel free to compare your FGO tier list to the one on this page. Not to mention that you can now play this iconic game on your PC. Download Fate/Grand Order on your PC today!