Fate/Grand Order, or simply FGO, is one of the biggest action games to ever hit the freemium market. Since 2015, FGO has evolved from a Japan-exclusive mobile game title to a worldwide hit, boasting over 1.2 million daily users as of October 2020. Along with the game’s huge community of players comes the revenue, which, as of August 2021, has broken through the $5.5 billion mark.

Aside from its solid gameplay, brilliant lore, and stunning audio-visual properties, one of the most sought out features in Fate/Grand Order is its beautiful waifus. Waifus has already been a part of the freemium RPG gaming culture. With that said, collecting these brilliantly designed characters is a great way to make the FGO experience more immersive.

With that in mind, we will be taking a quick overview of 10 of the top-tiered FGO waifus. Take note that the order of the servant list below is not based on hierarchy. However, the servants, or waifus, on the list are the top-tiered characters based on over 700 waifu tier list submissions from the FGO community.

Nero Claudius is a Saber servant. She’s also popular to everyone as she is called by different names: Emperor of Roses, Nero Claudius Caesar Augustus Germanicus, and Red Saber. This top-tiered servant becomes available after the completion of the main quest, Septem. 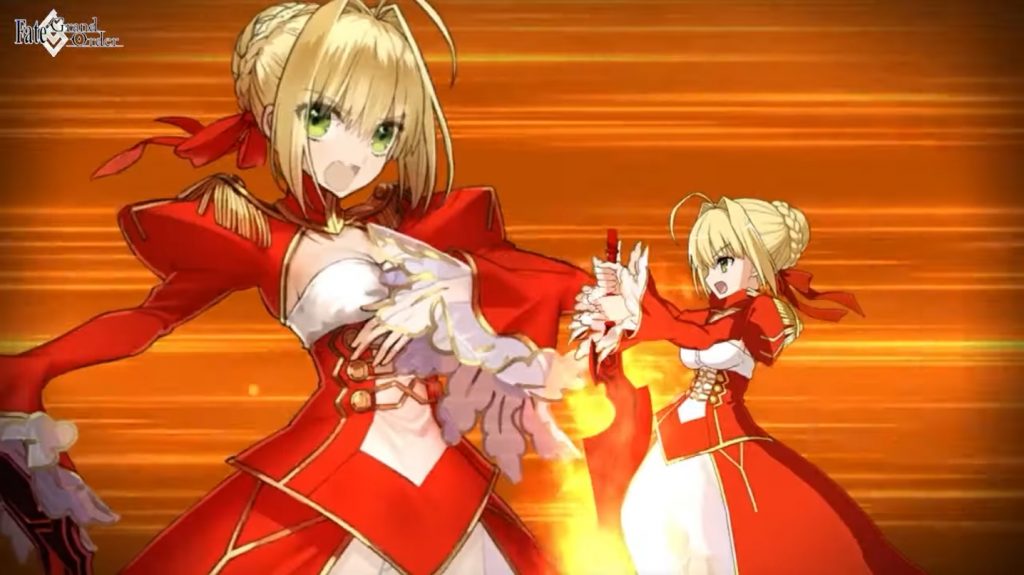 This FGO waifu comes with two traits called Migraine (boosts mental debuff resistance) and Imperial Privilege (which allows her to gain various skills). In addition, she possesses the Thrice-Setting Sun skill that resurrects her once if slain in battle.

Okita Sōji is a special summoning campaign exclusive servant under the Saber classification. She is the first unit captain of the Shinsengumi, which was a law enforcement organization during the end of the Shogunate.

Miyamoto Mushashi is another top-tiered saber servant exclusive to summoning events. This waifu hails from the early Edo period and is a master of the two-sword style. Her mastery of the discipline made her one of the greatest swordsmen in all of Japan.

Scáthach is a top-tiered lancer servant exclusive to summoning campaigns. Aside from being the Queen and Guardian of Dún Scáith, she is also a prodigy in the discipline of spear and rune. She also has the power to close the gate to the land of shadows.

Her first skill, Wisdom of Dún Scáith, provides her with an 80% Critical Damage increase chance for three turns, 80% Critical Star Absorption for 3 turns, and blesses her with Evasion for a single turn. Moving on to her second skill, Primeval Rune, which provides a Single Performance boost to a single ally for one turn. Her third skill, God Slayer, boosts her damage for the divine and the undead for a single turn.

Known as the Fox Priestess of Peerless Beauty, Tamamo no Mae is a caster servant who has an ambition to become a good wife. Despite her unprecedented beauty, this waifu is rumored to be a nine-tail demon fox in disguise. 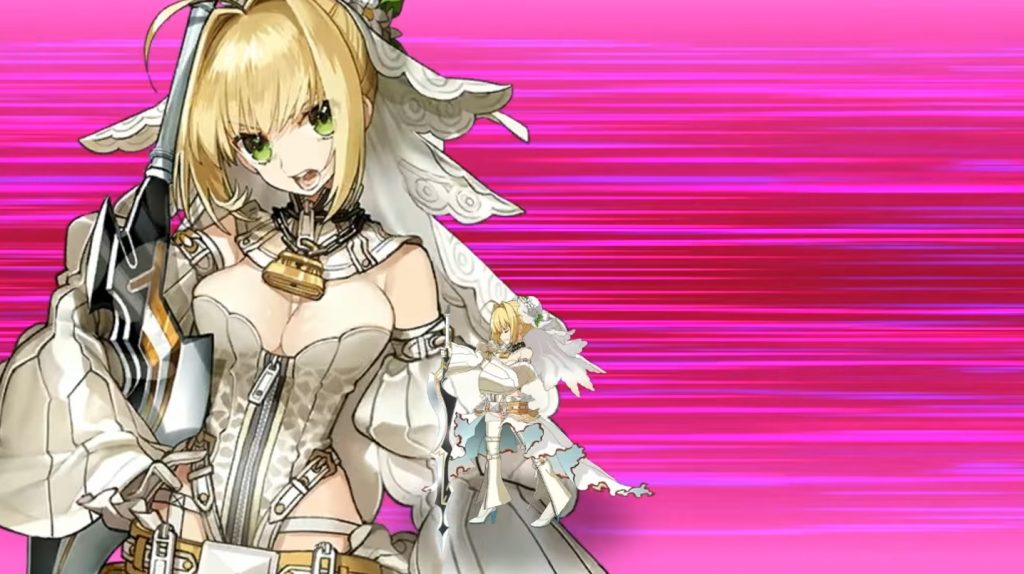 Tamamo’s first skill, Witchcraft, provides her a chance to reduce the NP gauge to 1. She can also shapeshift, which provides a 30% defense boost for a single turn and gradually increases her total defense for three turns. Her third skill is called Fox’s Wedding, which provides an Arts Performance boost to an ally for 3 turns.
Nitocris – Caster

Nitocris is an Egyptian Queen born in the 6th dynasty. It was said that she ruled the land for a brief period of time. She committed suicide after fulfilling her quest for revenge towards the murderers of her siblings.

Scáthach-Skaði is a summoning campaign event-exclusive caster known as the Queen of Ice and Snow. This waifu caster hails from the Scandinavian Lostbelt. Scáthach-Skaði exhibits characteristics of the Norse Goddess of the Mountains named Skadi.

Her first skill, Primeval Rune, boosts the Quick Performance of an ally and increases the critical damage of their quick cards for three turns. Her second skill, Shivering Blizzard, reduces the enemy’s Critical Attack Chance and Defense for 3 turns. Lastly, her third skill called Allfather’s Wisdom charges the NP gauge of an ally.

Known as the Holy Maiden of Salvation, Jeanne d’Arc is well-known as the most iconic saint in the world. Her tragic execution at the age of 19 made her a famous historical figure. Just like any Fate Grand Order waifus on this list, Jeanne has three powerful skills. The first one is called Revelation, which provides her with Critical Stars for three consecutive turns. True Name Discernment is her second skill, which reduces the NP damage of a single enemy for 1 turn. Her third skill called God’s Resolution provides a Bound chance for a single enemy for 1 turn. 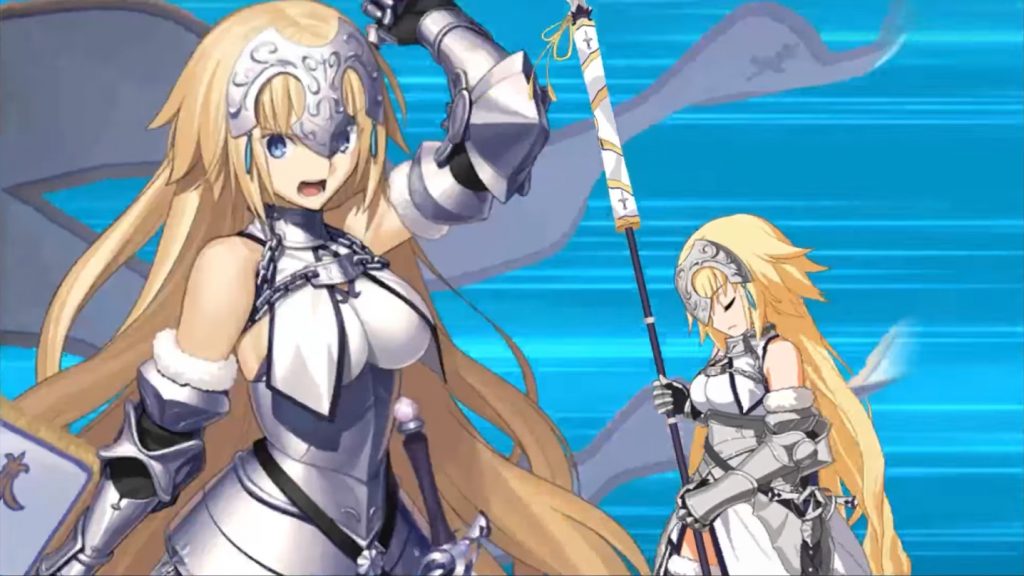 Known as the Dragon Witch, Jeanne d’Arc falls under the avenger category. Do take note that this servant is not the alternate of Jeanne d’Arc despite the ‘Alter’ label in her name.

Her first unique skill is Self Modification, which boosts her Critical Damage and Critical Star Absorption for 3 turns. Her second skill, Dragon Witch, provides a boost to her Party’s attack and increases the Attack of her Dragon allies for 3 turns. Lastly, her third skill is Ephemeral Dream, which inflicts 1k damage without demise. As a result, it provides Invincibility for a single turn and boosts her Buster Performance for a single turn.

Mashu Kyrielight, also known as Mash, is a Chaldea Staff who underwent a Possessive Fusion with a servant. Like the rest of the Fate Grand Order waifus on this list, this top-tiered shielder comes with three notable active skills.

Her first skill, Transient Wall of Snowflakes, provides a defense boost to her party for 3 turns. Meanwhile, her second skill, Obscurant Wall of Chalk, provides invincibility for one ally for a single turn and charges their NP gauge in the process. Her third skill, Shield of Rousing Resolution, provides a 500% Chance taunt and increases her NP generation for a single turn.