The Best Games Like Among Us That You Can Play Today Among Us has been one of the most popular action multiplayer games you can play in the last two years. Though the game is not as popular as it was in 2020, many players from all over the world still play the game. It also helps the developers do their best to provide more new content for people to enjoy. And if you can’t get enough of Among Us, there are also great games like Among Us that you can play.

These games usually provide similar gameplay or at least something close to it. To help you identify which games like Among Us you should play, this blog post will list the best ones for you. This will help you play only the best games that are like Among Us.

Probably the best game like Among Us that you can play right now is Identity V. It’s a 5-player game where 4 will play as the survivor and 1 as the hunter. The goal is simple, the hunter needs to kill all of the survivors while the survivors need to find ways to escape. It doesn’t have that impostor-type gameplay where you try to do things discreetly, but the objective is somewhat similar. You’ll also enjoy the dark theme of the game, which adds to the excitement of playing it. 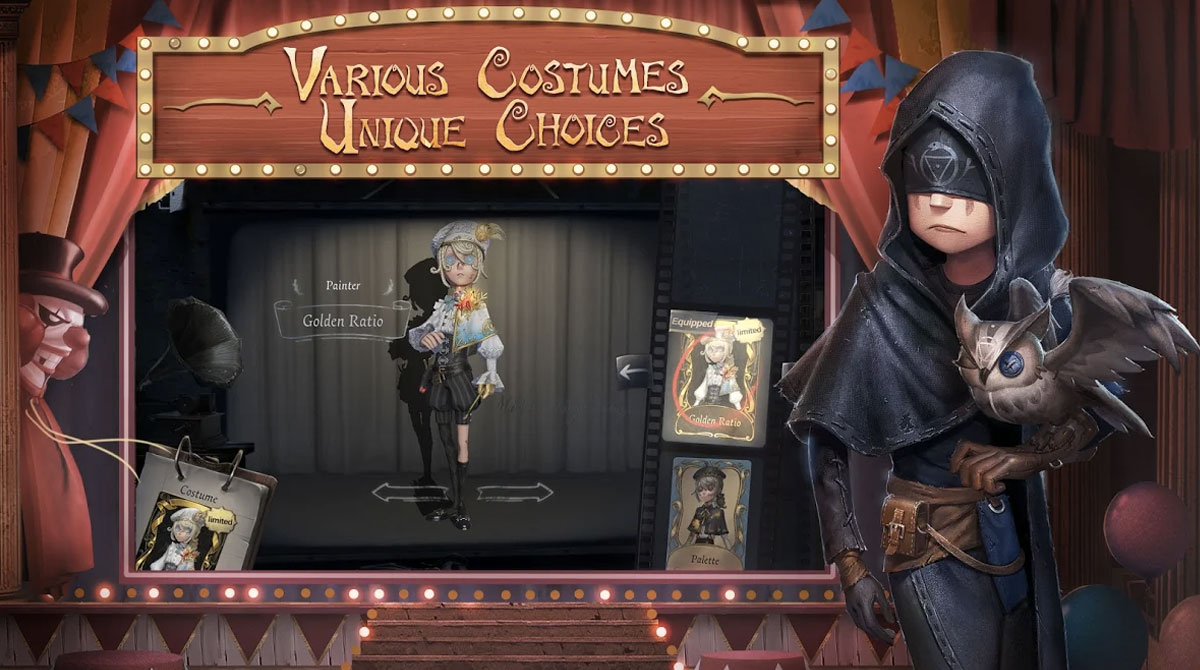 If you prefer a game that’s almost like Among Us, then Goose Goose Duck is the game to play. It features similar gameplay where players are divided into either crew or impostors. But this time they’re divided into geese or ducks. The geese will have to complete tasks or try to identify the duck before they’re all eliminated. The duck is like the impostor where their role is to eliminate all geese without getting caught. It’s an interesting game that provided an Among Us twist to a popular party game. 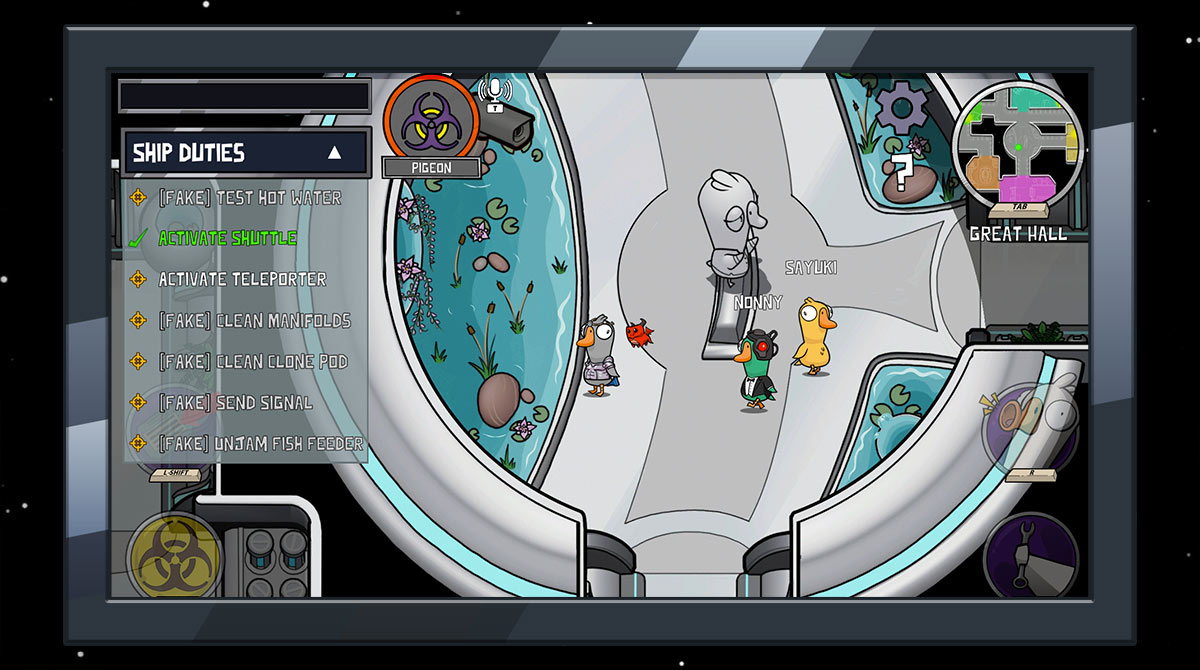 Another good game like Among Us is One Night Ultimate Werewolf. It’s a party game where each player will play specific roles. Each role will have abilities or skills that only they possess. The goal is for everyone to identify who the werewolf is before it eliminates all of them. Unlike Among Us where everyone does some action, this game is played like a story. The wolf usually strikes at night, eliminating one player. It’s up to the others to figure out who the werewolf is. The skills possessed by certain characters will play an important role in the game. 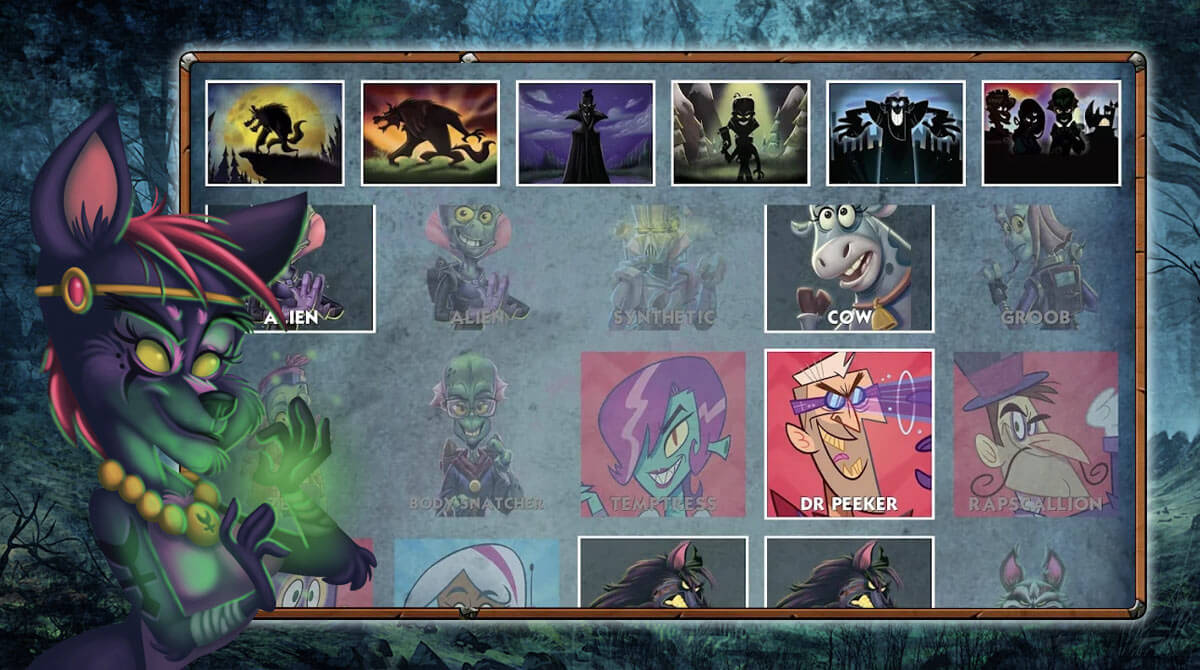 One of the things that people enjoyed about Among Us is that it’s played in real-time with other people online. The discussion part is where many of the fun (and not-so-fun) moments in the game happen. If this is what you’re after but without the toxicity that usually takes place in discussions, then try playing Play Together. It’s a casual game where you create a character, play mini-games, and interact with many players from all over the world. What’s great is that the interaction will happen in a friendly environment with less toxicity. 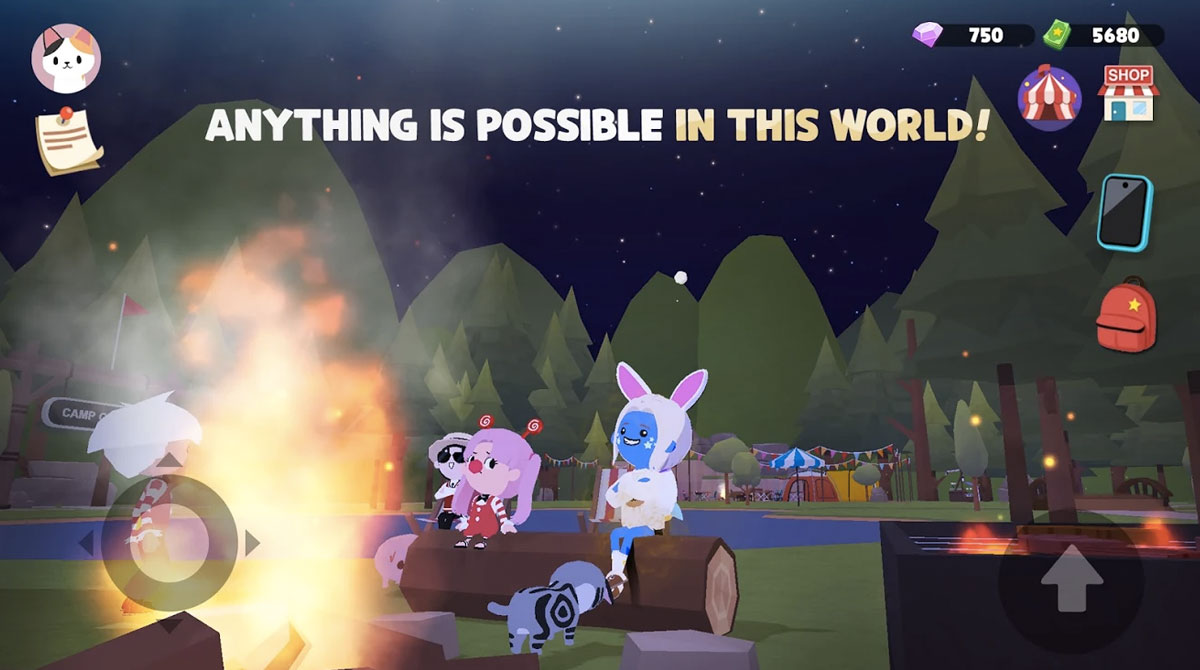 If you want a more unique take on Among Us, then try playing Suspects: Mystery Mansion. It features similar gameplay where players are divided into roles with one playing as the murderer. The goal is simple, the murderer needs to kill all the other players before they complete all their tasks. The other players would need to complete their task or catch the murderer. What’s interesting are the other roles available like the Detective, Inspector, and Vigilante. These roles will add more dynamics to the gameplay. 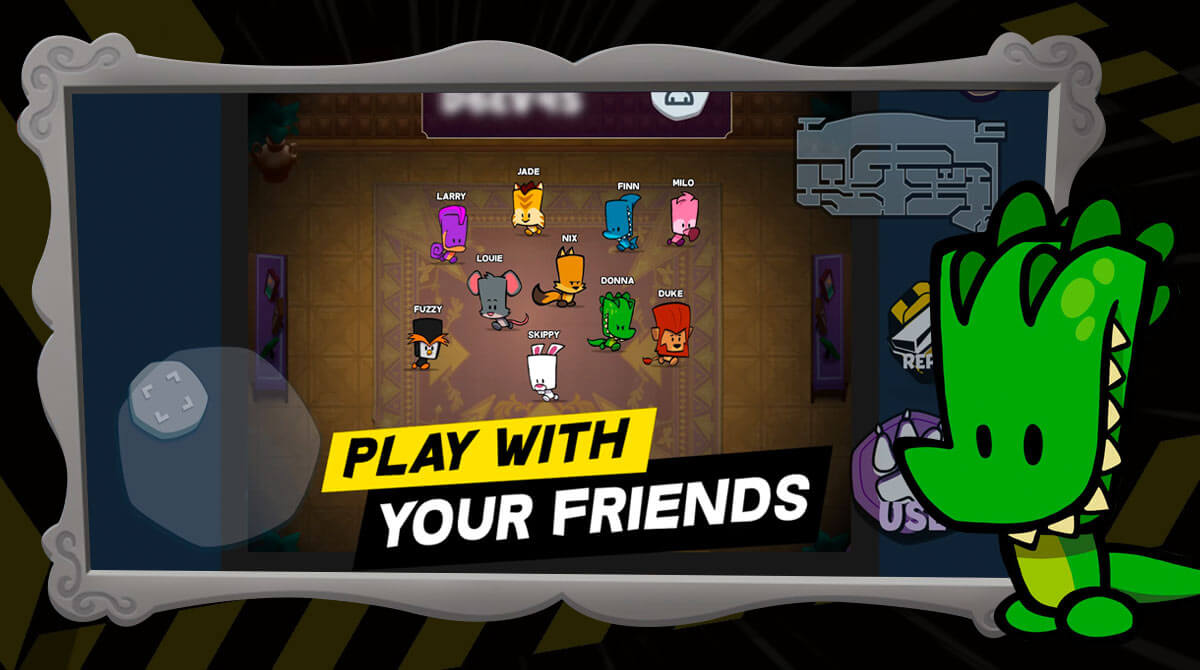 A more friendly game like Among Us that you can play is Out of the Loop. It’s a social game that you play with 3-9 players. During the game, each player will read a secret word except for one player, which is called the out-of-the-loop player. Once the other players know what the secret word is, everyone will take turns in answering random funny questions that are related to the secret word. Then everyone will try to vote on who they think is the out-of-the-loop player. 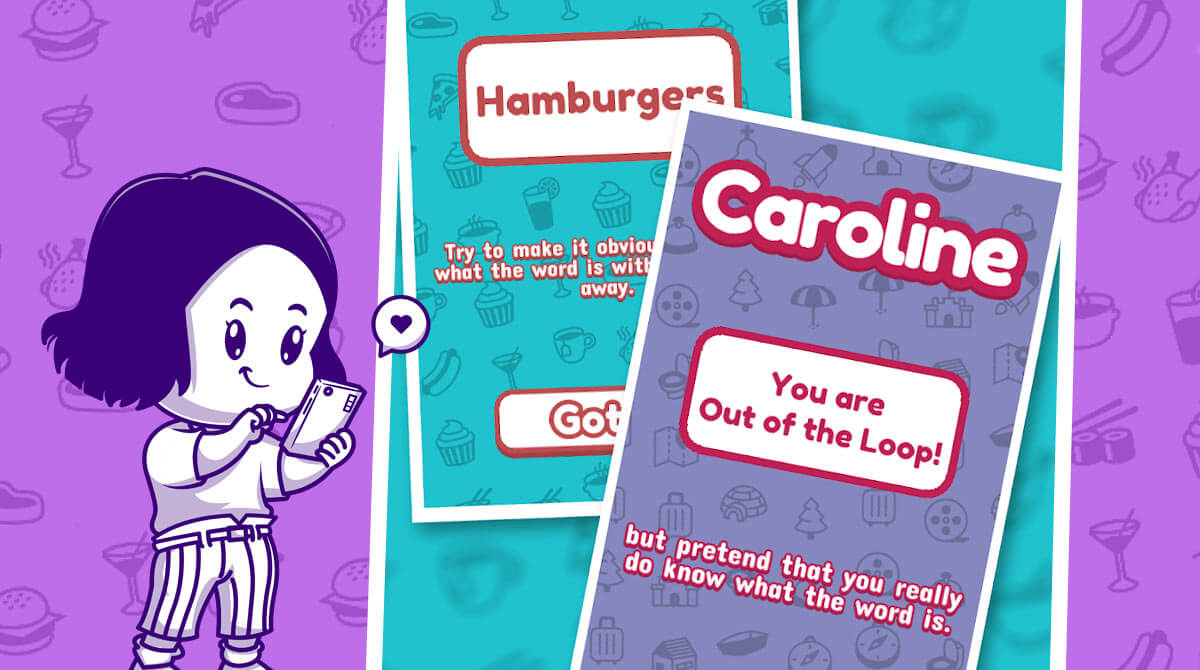 Another more friendly game like Among Us is Hide.io. It’s a strategy multiplayer where players are divided into either the hiding team or the tag team. It’s a simple hide-and-seek game with a twist. The twist is that the hiding team is disguised as objects on the map that you’ll play in. This makes it a bit harder for you to locate them, especially if they’re good at positioning themselves. The taggers just need to find all the hiders before the timer runs out. The hiders must make sure they’re not found until the timer runs out. 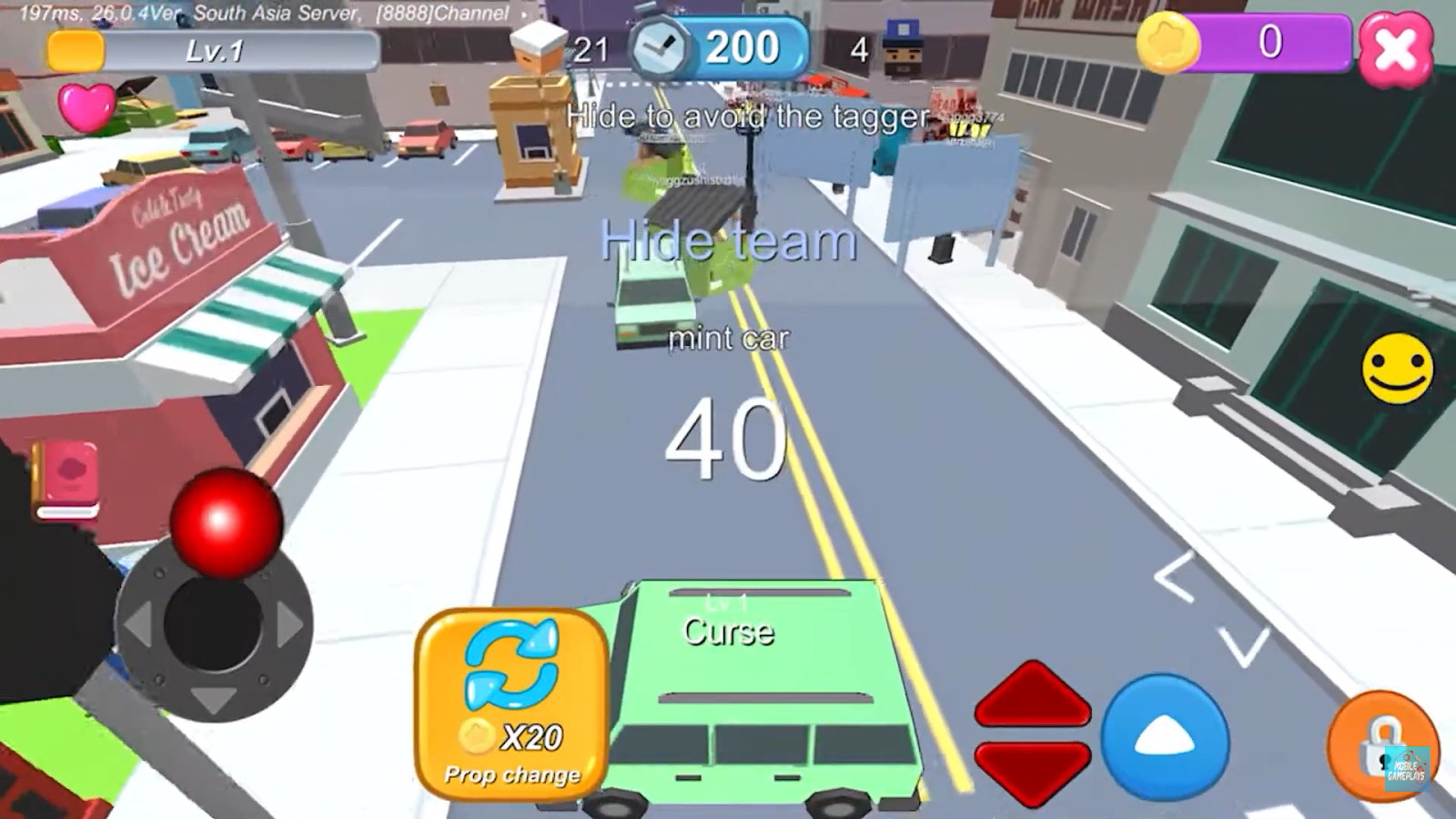 Here’s an interesting board game you’ll enjoy. It’s titled the Triple Agent, a game where deduction and deception are needed to win. It’s played with 5-9 players. Each player will be given certain roles that they’ll keep secret during the game. They will also be placed in one of two teams, the Service (good guys) or Virus (bad guys). During the game, players will perform various tasks or activities, sometimes such activities may reveal their identity. After playing for 10 minutes, players get to vote on who they’ll imprison. 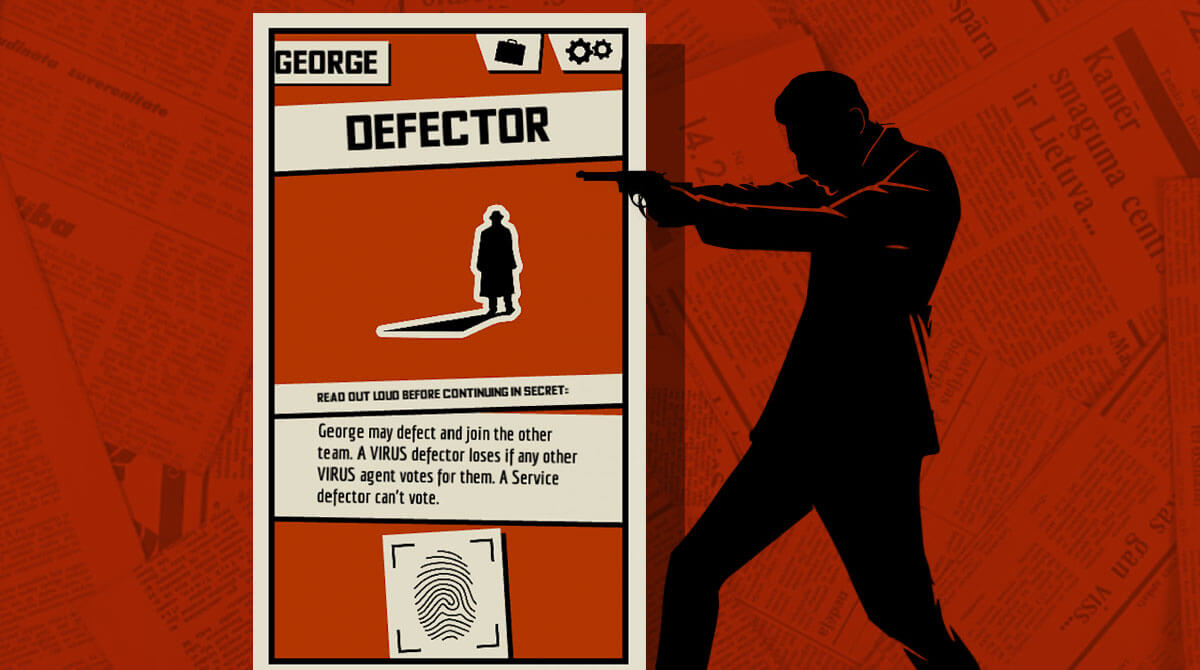 If you enjoy the hide-and-seek game, another one that you can play is Hide Online. It’s a game where you get to play as a prop, hiding and trying to make yourself blend in the environment. Or, you can play as the hunter and try to find the props trying to hide in plain sight. As the hunter, your job is to shoot various props to see if they’re real props or just fake. What’s interesting is that you can also customize your character, which is helpful in multiplayer mode. 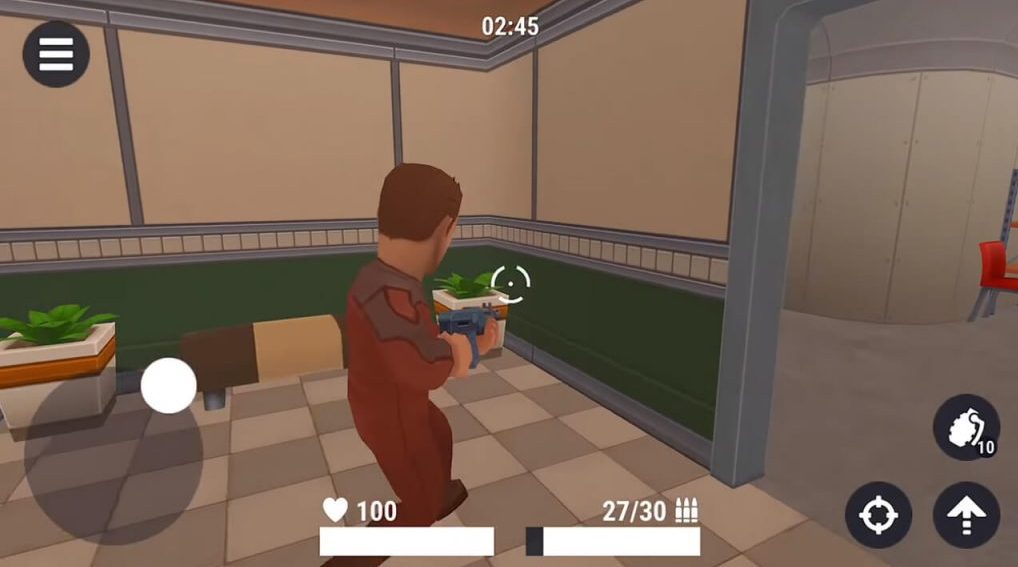 If you prefer another casual and friendly game with more competitive vibes, then try Stumble Guys. It’s an action multiplayer game where you get to compete in an obstacle course race against other players. It’s an elimination game, which means players tend to decrease as you complete a level. The goal is to be the last racer standing. The obstacle courses are fun but very challenging. You’ll surely love and enjoy overcoming them. 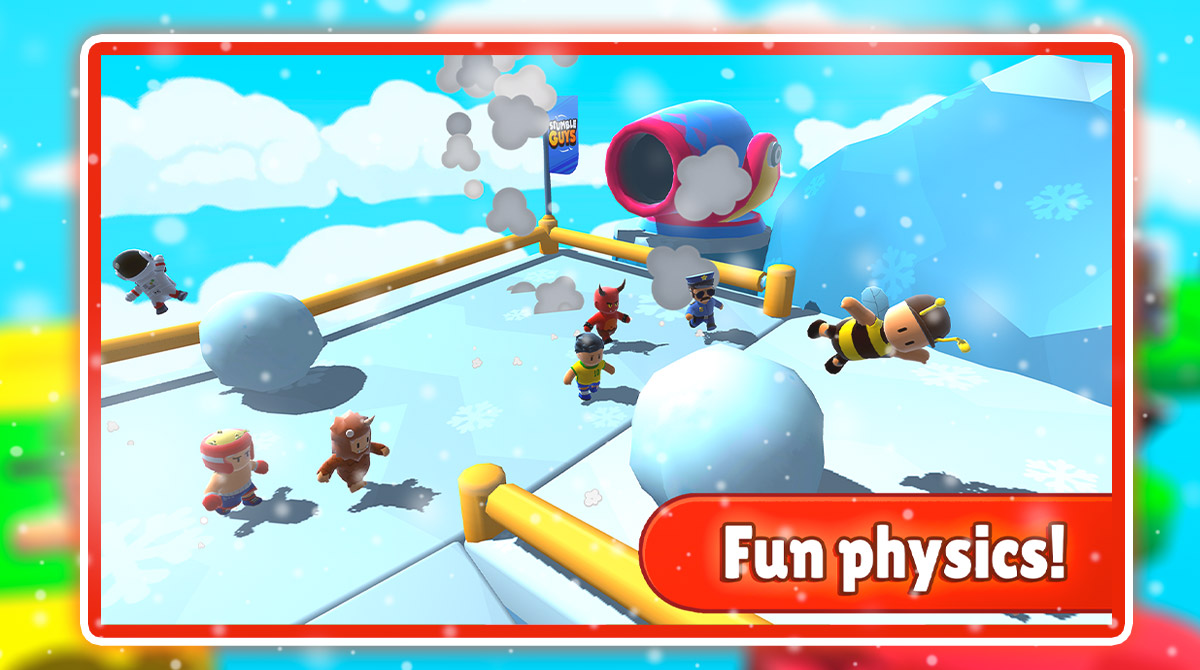 There are many more fun and exciting games like Among Us that you can play out there. But the ones listed above are some of the best ones available. Try them now!

A Beginner’s Guide To Playing Hide Online on PC