When it comes to developing popular and addictive games, Supercell is likely one of the well-known developers. One of the games that they came out with is Hay Day, a casual farming game. In this game, you get to inherit a farm that needs renovating and rebuilding. You get to plant various crops, construct a building, and take care of animals.

Your overall goal is to restore the farm to its former glory and make it profitable. It’s a simple game but very addictive to play. But what makes Hay Day game very fun to play? We’ll discuss this in this blog post.

Hay Day is a farming game, pretty much different from the usual strategy games that Supercell develops. But if you look at the game closely, you can see that there are also strategic elements. You also have to be a bit strategic when it comes to planting crops and constructing a building. Also, there’s a need to know which type of crops you should constantly be producing. You also have to understand how to position the facilities you’re constructing correctly. Remember, you also have to grow your farm and make it profitable.

This means learning which crops or farm produce will allow you to earn more. The game features many different crops, animals, and buildings for you to take care of and construct. You will also need to level up to unlock more produce and buildings. It is important to know what works well and what doesn’t will be important here. You can see from the gameplay that it also requires a bit of strategizing if you want to do well. Now that you have an idea of Hay Day game works,  let’s look at why it’s fun and addictive. 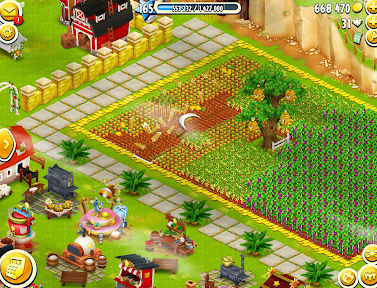 The Game is Designed with A Player First Approach

Hay Day may be a farming game, but what makes it very fun and addictive for people because it’s designed with the players in mind. Supercell didn’t offer anything new to the farming genre. Instead, they just elevated the different elements that make a farming game fun and exciting to play. When you play the game, you can see that the developers have the players in mind. One example of a feature that shows the players what they have in mind is taking a break without any repercussions.

Some of the farming games available will require you to play as much as possible, or your crops will spoil. But with Hay Day, you can stop and take a break any time you want and how long you want. Then when you come back, everything will still be as you left it. You don’t have to worry about any repercussions or negative impacts from not playing for a while.

Another thing that many people love about Hay Day game is that you don’t need to spend money if you want to progress in the game. Sure, there are still in-app purchases that can speed up your progress. But they’re not necessary. You can grind everything you need to do to progress properly. It might take a bit longer, but this is a casual farming game and not a race. You’re also not battling against other players, so you don’t need to rush things.

You can take your time, play properly and make sure that you’ll do well to progress. You mustn’t rush things since this will allow you to renovate and build your farm correctly. So don’t worry about paying for anything on Hay Day. It’s not needed to play the game properly. They’re just a bonus for you to enjoy if you feel like it.

The Gameplay is Simple & Easy To Understand

Another prerequisite of fun and addictive game is that it should be simple and easy to understand. Hay Day gameplay also offers that as well. You don’t need to undergo a complex and detailed tutorial to learn how this casual farming game is played. The simple tutorial, in the beginning, is enough to help you understand and sift through the mechanics of progressing. 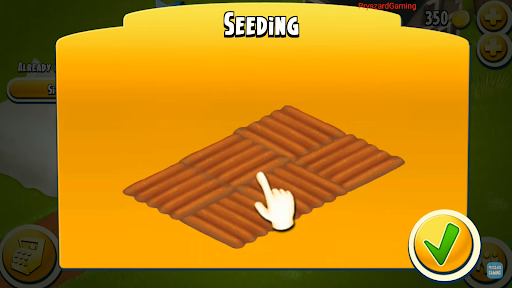 Once you understand everything, you will see the core loop of the gameplay. It begins with you harvesting crops, taking care of animals, which is manufacturing resources. After that, you collect the manufactured resources and sell them to make money. You use the money to purchase crops, new equipment, animals, and other needed materials. Then you begin the process again by planting crops and manufacturing resources.

Along the way, you will earn experience, aside from coins, which will help you level up. You then unlock more equipment, animals, and buildings. It’s simple gameplay, which makes it very addictive to play.

Many people love playing Hay Day game, and there are several reasons for it. Probably the main one would be that the game is designed with player satisfaction in mind. Supercell created a game that people will enjoy playing, and that is likely the main thing that attracts people to play this farming game.