Released last February 2020, Knighthood is a hack-and-slash role-playing game developed by King, the famous creator of Candy Crush. In this game, you will prove your prowess to Sir Drakeson on becoming the best Rage Knight. Combat is merciless. The opponents are heartless. Sometimes, as the battle becomes challenging, you intend to hit your computer and end the game! But, don’t be discouraged! Wave the giant glove, summon the strongest heroes and let them help you handle the battle. Aside from summoning heroes, you can also upgrade your weaponry through in-app purchases, like the usual games.

Additionally, you can boost your weapons by collecting valuable metals. As you embark on becoming a rookie Rage knight, you will also be entitled to experience, currency, and unlock the best heroes as you progress.  Furthermore, the game depicts an epic story that will trigger your competence in aiming at the arena and leaderboard. It is a bit surprising that the developer can develop this type of game; it portrays simple gameplay that bears eminent depth. Though becoming the best rage knight is challenging to achieve, we’ve developed a list of tips and tricks to make your game more effective to help you reach your goal, which is to become the rookie rage knight.

Here’s the beginner’s guide that includes a variety of tips, cheats, and of course, strategies that will help you level up effectively in-game.

Aside from that you don’t know precisely what to do; in-game tips are relatively crucial as they give instructions and a better understanding of the game. In the beginning, the famous rage knight called Sir Edward Drakeson will provide an extensive tutorial on how to cast your abilities and attacks. Also, he will teach you how to utilize the in-game currency in upgrading your ornaments and even how to beat an opponent. If you are new to the game, it is highly recommended to give attention to the in-game tutorials and tips to understand better what the game is all about. 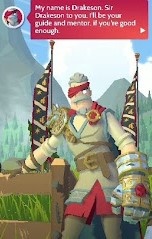 In Knighthood, the game itself will let you know what kind of opponents you’ll encounter. Also, it will teach you which heroes, armor, and weapons are best to use against them. If you fail in the first hunt or encounter, the in-game tips will automatically generate and help you surpass your second attempt.

In playing Knighthood, you will notice that it bears a simple but in-depth combat system. Maybe on the first levels, you might see it easy to surpass, but as you progress, the level of difficulty increases, taking you to plan and execute strategies. Though the levels are getting tough, players are still lucky as the game gives essential information at each level. Simply click the (i) beside your opponent’s name, and from there, you can see their stats and abilities.

By knowing these details, you can develop an efficient strategy on how to beat your enemy. By understanding the information, you will know at what part they are weak or resistant to. Some opponents are afraid of fire, water, and more. However, keep in mind that in each match you take, you need to go with weapons or heroes that can defeat your opponents victoriously.

Like the usual RPG, Knighthood also offers a crafting and upgrade system that enables you to boost your weapons. As you take your journey in-game, you will be able to obtain various types of currency and crafting materials to boost your weapons. By upgrading your weapons, you are also increasing your efficacy in every battle. As you start playing this game, it is better to focus first on the standard weapons. These weapons are easy to upgrade, and the materials needed for crafting are easy to find. Don’t pressure yourself to obtain the legendary weapons, and you will get there soon. 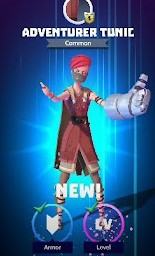 4. Be Confident With your Primary Gauntlet

Along with in-game tutorials, Sir Drakeson will also impart knowledge about the Codex. Codex is a vital vault of information that portrays the knowledge about everything you will run into in the game. The Codex will let you know the monsters, NPCs, weapons, and armors. It will also reveal the best rage gauntlets that will help you on becoming the best rage knight. Though it is tempting to work on the spot with the best gauntlet, it is still best to focus on your basic gauntlet. In due time, you will be able to get those rare gauntlets. For now, you need to focus on how to upgrade your basic one and utilize them effectively in-game. 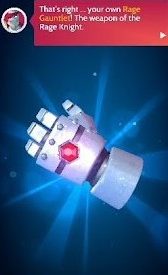 If you think you are running low on currency and necessary crafting materials, or your inventory is filled with futile items, then it’s time to use the forge system. In playing Knighthood, all items are essentially valuable regardless of the level of rarity. Through the forge system, all armors and weapons you obtain can be processed. From there, you transform the useless items into strong ones. Also, you can disassemble them to get currency and materials which you use in boosting your weapons. 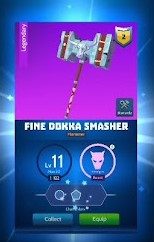 6. Take it From the Best Players

Aside from tutorials, following the footsteps of high-level players can also help you excel at a certain level. In Knighthood, it enables you to look in the leaderboards where you can see the various players and their victorious stats and achievements. If you are having difficulty accomplishing a particular quest, you can check out the leaderboards and seek inspiration. In the leaderboards, you can scan the famous rage knights focusing on their skillset, heroes they use, and weapons as well. By knowing this basic info, you can develop what skills and weapons you will use in your future encounters.

Like the usual role-playing games, Knighthood also features a particular level of grinding to achieve more power, efficient equipment, and gold. By taking into the content, you will surely appreciate the game and have fun. From there, you can also unlock areas by completing daily challenges and quests. So, to become effective and understand the game, it is better to start on the low-level areas. As the level of difficulty increases, new areas are also established. Meaning, you need to fight more opponents. So, it’s better to start on low areas to prepare you for more difficult ones. 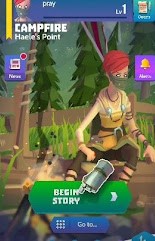 8. Get into Hunts Every Time

In playing Knighthood, you are only allowed to run hunts five times a day. During Hunts, you will earn experience, get crafting materials and hero shards as well. Through Shards, you can upgrade your heroes and make them gear up with more potent abilities. So, suppose you want to level up effectively in Knighthood. In that case, it is recommended that you work seriously with all of your available Hunts and spend your most energy here before anything else. In that way, you can achieve strong heroes with powerful abilities.

Like the typical RPGs, completing quests is also an essential factor for succeeding in the game. Through accomplishing quests, you can get gold coins, gems, and even legendary heroes in exchange. In Knighthood, there are four types of quests, the story, side story, daily, and the guild quests. 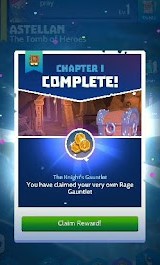 In Knighthood, you will have a chance to play and team up with other players across the world. By playing with a guild, you will also get an opportunity to access guild events like encountering bosses and achieving magnificent rewards.

In addition to the guild system, joining the Knighthood community enables you to learn solid and in-depth builds usable in PvE and PvP battles. By joining the community, you will learn a lot about the game and defeat various enemies regardless of difficulty.

12. Other Tips & Tricks to Consider

If you are having trouble accomplishing higher levels, you need to take these tips and tricks that will help you level up in the game. For you to level up in Knighthood, you need to focus more on grinding hunts. From there, you will get competitive experience on becoming a rage knight along with powerful heroes. Also, it is best to deploy the best armors and heroes in each encounter, especially when you are stuck at a particular level. Additionally, it is also helpful to work on your dailies and get your rewards in every advancement.

So, that’s it! Here is our Knighthood game guide that features practical tips and tricks that will head you on becoming the best Rage Knight. So, do you have any tips or tricks in playing Knighthood? Please share them here!

Play Together Fishing Guide – Every Player Must Know