5 of the Most Powerful Lord Of Heroes Characters To Play One of the fun and exciting turn-based RPGs that you can play right now is Lord of Heroes. It’s a game where you play as the monarch of Avillon who is fated to save the world from destruction. But you won’t be alone in your quest. You’ll have various heroes or characters at your command to assist you in this noble journey. So, a big part of the gameplay is about collecting characters. But it’s worth mentioning that not all Lord of Heroes characters are equal.

The Best Lord of Heroes Characters You Can Use

There are many different characters available in Lord of Heroes. But not all of them are equal. Some are just more powerful than others. In this section, we’ll look at 5 of the most powerful Lord of Heroes characters you can use.

One of the most powerful Lord of Heroes characters is Aslan Valkarios. He is the King of Dakkeon and is one of the 12 Heroes along with Helga and Walther. Aslan is also the adoptive father of Alev. The Earth element Aslan is more powerful than his other elemental affiliations. But don’t count out the others. Earth Aslan is also part of the Warrior class.

The Warrior class are characters that generally have moderately high attack power and decent health. Like guardians, they belong on the front lines. But their role is mostly to attack. What makes Aslan great is that he can ignore the enemy’s defense, allowing him to deal more damage. He can also increase the attack power of allies, making them stronger in the process. He is a great character that can be used in any situation.

Another of the best Lord of Heroes characters you can acquire in the game is Krom Ledios. He is the knight-captain of the legendary Order of Thorn, which is in the Kingdom of Rhodon. The best Krom version would be the water element hero, who also belongs to the Guardian class. The other Kroms who have different elemental abilities and classes are also strong. But the Water Krom is the strongest among them.

As a guardian, he is usually sent to the front lines to protect the backline and weaker enemy. But what’s great about Guardian Krom is that he can also deal decent damage. He even has an AoE damage skill, which helps deal with multiple enemies. His buffs are also very handy during battle. Krom Ledios is a good character that can fit in any team. He may not be the best option when raiding, but he is decent there and great in other aspects.

If you need the best healer available, then the light element Vanessa Thérèse Alderune is your character. She is a very talented violinist and is the fourth princess of the Kingdom of Alderune. She is a Cleric class character, which are the healers in Lord of Heroes. As a healer, she should be placed in the backline since her defense and health are not that high.

What’s great about Vanessa is that she can reduce the damage to enemies. She can also make allies invincible for 1 turn, which means they can’t be damaged. This is all on top of her ability to heal and restore your team’s health. She is a great healer that you’ll need in your team regardless of the game mode you’ll play. 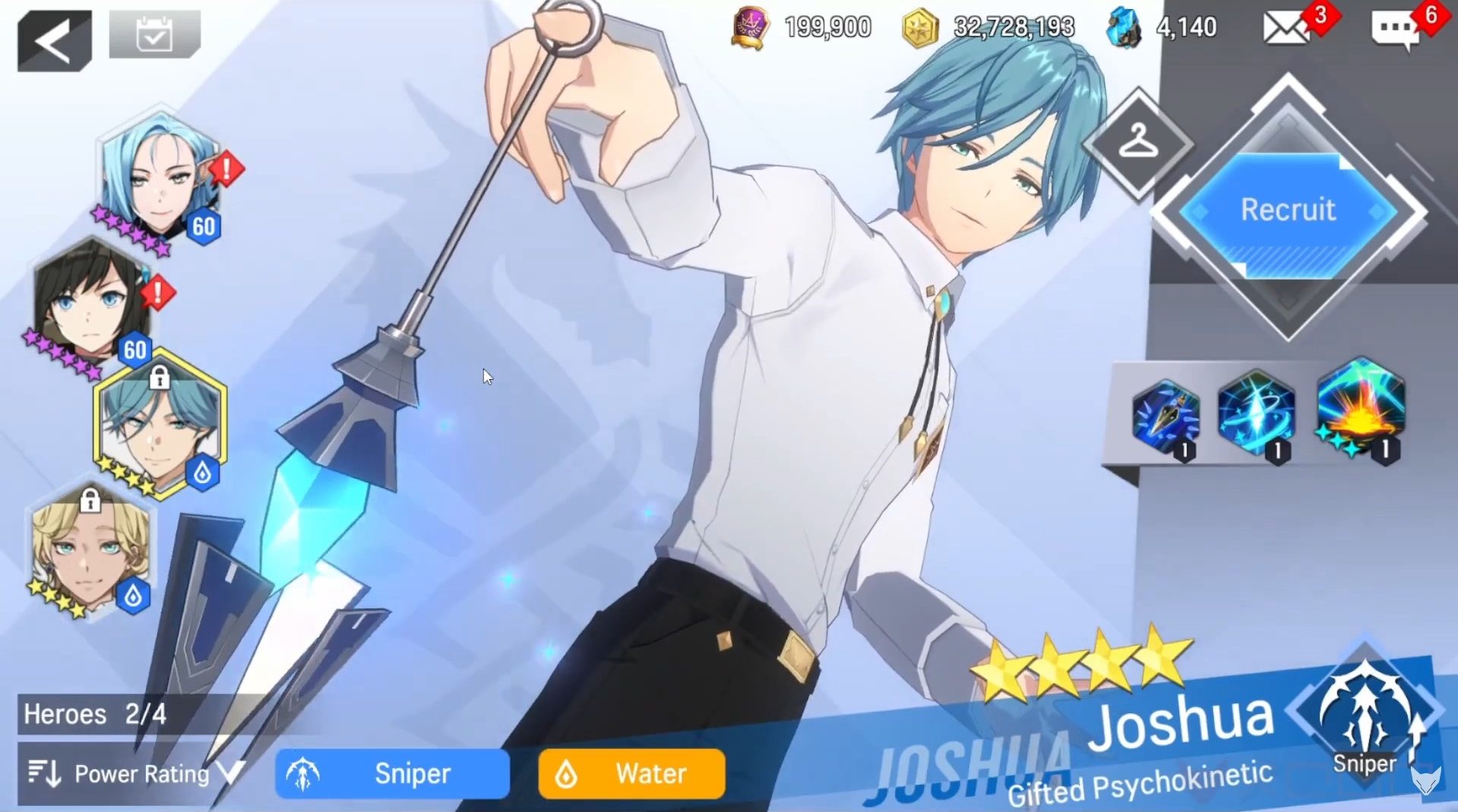 Snipers are characters who specialize in attacking from the back, using their range to target enemies. They also provide debuffs—a great thing to have for any team composition. What makes the water element Joshua a great character is his ability to dispel debuffs inflicted on allies. He can also remove enemies’ buffs, which is a big thing. It’s always great to have someone who can dispel these during battle.

Last but certainly not least is Rosanna Devicci. She is the lifelong chairman and president of Isola. Though she looks young, it’s believed that she’s already very old. There are rumors that her lifespan increased significantly after she ate the heart of a mermaid. The most powerful Rosanna is the dark element character. She’s also a guardian, which means she’s best placed in the front line protecting the backline. 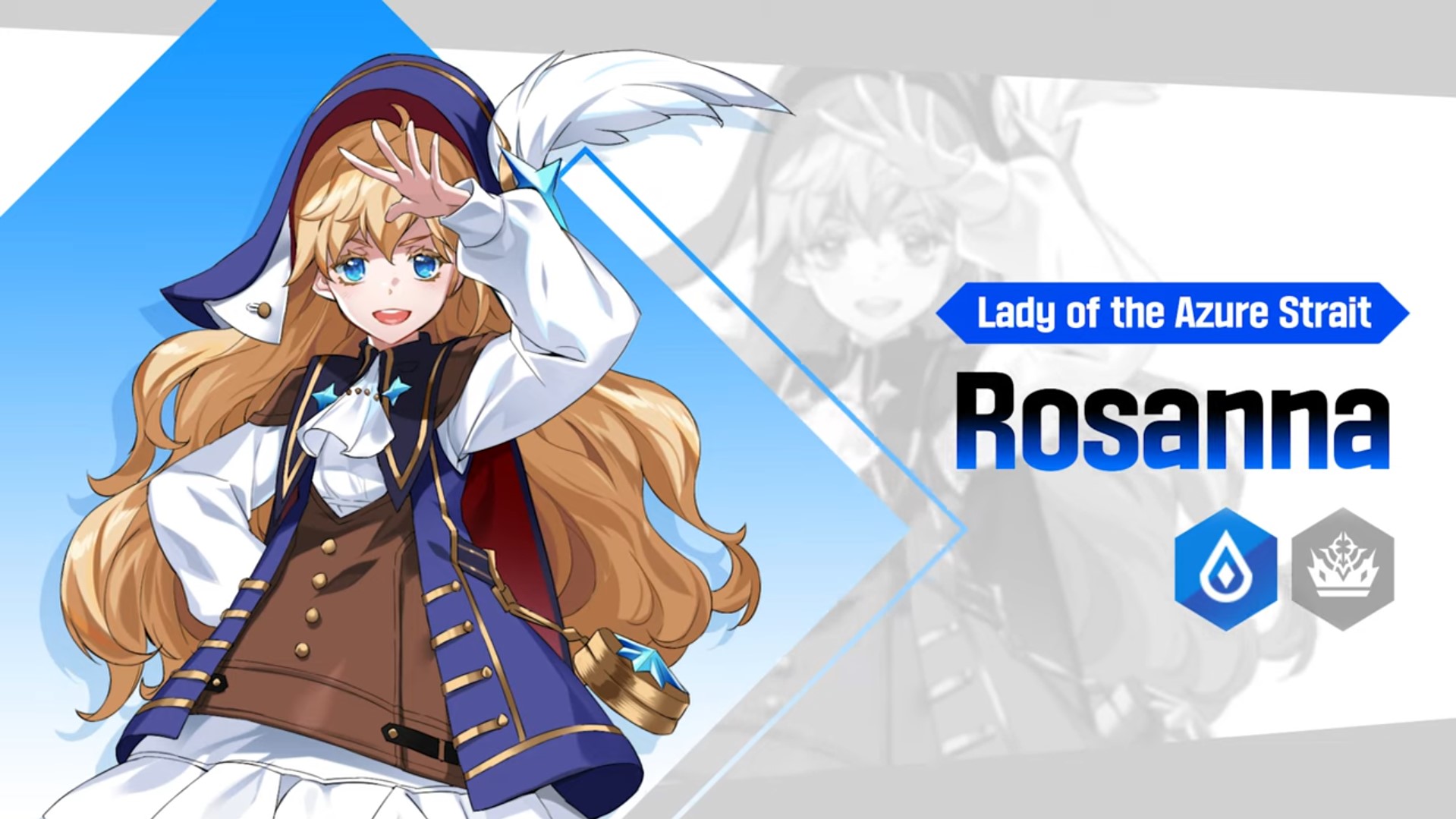 What makes Rosanna a powerful character is due to ability to increase damage according to the enemy’s health. She also has a Counterattack Ability and a Provoke, which will direct damage toward her. Her defense also increases when she provokes enemies so she won’t die easily. She’s the definition of a tank in a team.

There are more powerful and great Lord of Heroes characters available for you to acquire. But if you want the most powerful in the game, then you can’t go wrong with these 5.