IGG’s Lords Mobile Tower Defense game has established itself as one of the best in the genre. Since its official launch in 2016, the game has managed to lure millions of players to its online platform. The game’s competitive online gameplay, along with the continuous support from the developer, fueled the overwhelming success of this title.

With that said, if you are part of the millions of players across the globe who frequent the game, the term “Familiar” is no stranger to you. This means that you can jump directly to our list below. However, for those who are new or planning to explore the game, then don’t skip the short overview below.

All About Lords Mobile

Lords Mobile, despite having a “Tower Defense” description, is a concoction of role-playing, strategy, and world-building elements rolled into one. The game features a variety of PvE and PvP game modes of which the PvP is the most notable. Battles in Lords Mobile require real-time tactical troop placement and strategy. 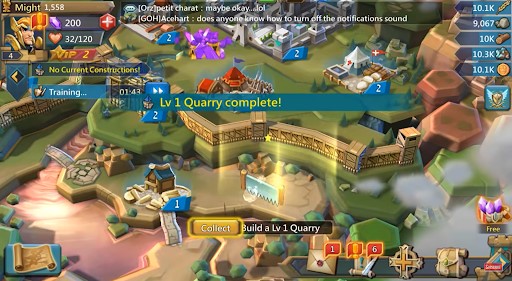 Lords Mobile comes with a wide variety of monsters with unique abilities. These monsters are often hunted down for loot. However, the completion of Skirmish 8 will allow players to form a pact with these monsters—turning them into their companions also known as familiars.

Familiars go through three stages of development. These stages are represented by a specific color wherein green represents a hatchling, Blue for adults, and purple for elders. Honing the abilities of familiars takes place in a gym, players can also use fragments or use elixirs and potions.

Enhancing familiars requires runes which are highly dependent on the rarity of each familiar. One of the benefits of having familiars is the effects or enhancements they provide to the player. These buffs provide an edge to the player, especially in battles. Now, let’s check out five of the best familiars for your castle in Lords Mobile this 2021.

Five Best Familiars for All Castles

Our list of the best familiars for all castles comes from the in-depth analysis of Marks Angry Review. With that said, the familiars below are listed in ascending order. Nevertheless, it was also implied by the author of the list that everything depends on your plans for your castle.

Territe comes from Pact 1A and is considered the best in that specific group. This familiar can boost merging skills by 20% at level 10. In addition, the Territe can also generate five to thirty fragments every 24 hours. It is highly recommended to max out this familiar as soon as possible. This is because the skills of this familiar will help you with the rest of the familiars.

Aquiris is a familiar from 1B and comes equipped with the Overflow and Refreshed skills. The Overflow skills allow this familiar to increase Anima production by 40% at level 10. The Refreshed, on the other hand, provides 60 to 120 STA in a span of 12 hours by clicking the familiar button. The awakened Aquiris can provide Army Max HP Debuff when deployed in battle.

The Gemming Gremlin is part of Pact 3 that becomes available in special events as a one-hit monster. One of the skills of this familiar includes Busy Hands that provides a five percent boost in construction. Another is called Loaded Up which provides a 10% speed boost for gem gathering. Nevertheless, the best skill of this familiar is the Stroke of Fortune that generates between 1000-2000 gems every 48 hours.

The Goblin is a Pact 3 familiar that also spawns in special events as a one-hit monster. As a familiar, the Goblin can boost the speed of gathering by twenty-five percent with its Harvest Frenzy skill. On top of that is the Gold Hoarder skill that boosts gold production by thirty-five percent. The best skill of the goblin, however, is Gold Digger that can generate between 6-12 million gold every 24 hours. 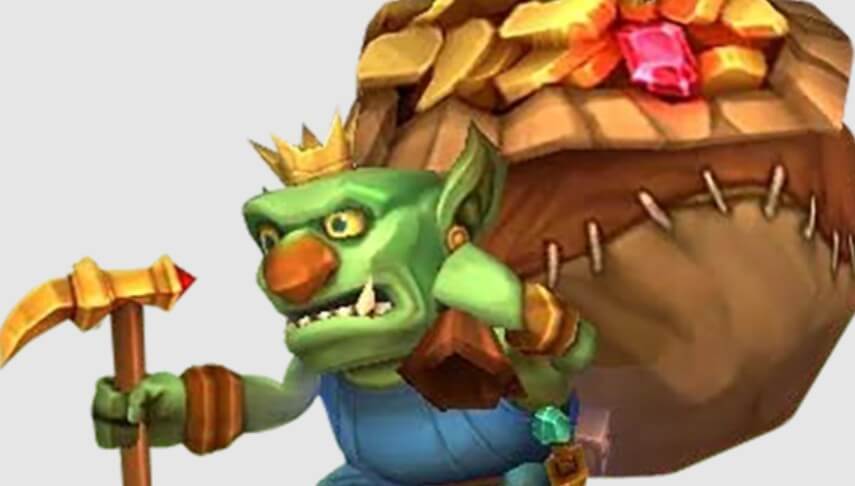 Dubbed as the best familiar in the game, the Hoarder is a Pact 4 familiar that comes with awesome skills. The first one, called Trove Expansion, will allow the player to deposit more gems in the trove (10,000 gems at level 10) and will provide 10,000 more gems each month. The Skillful Hands skill is another notable attribute of this familiar that provides a twenty percent speed boost for Skillstone merging. The Goblin’s third skill, called Pay Day, provides three random jewels every 72 hours.

Now that you have an overview of the five best familiars for all castles, it’s time to jump back into the game and put your knowledge into action. All you need to do is follow the download instructions provided on the page. Enjoy playing Lords Mobile today!