Last Spring 2021, My Hero Academia: The Strongest Hero Anime RPG finally reached out outside Japan through Sony Pictures Television. This casual role-playing game is set in a similar world that you used to see in Anime and Manga. Here, you’ll see the Musutafu where the U.A High School is located. What’s more impressive is you can choose from our MHA Stronger Hero Tier List to find the best characters for battle.

In My Hero Academia: The Strongest Hero Anime RPG, you choose from story or PvP battle mode. In the story mode, you can build your team of heroes, train them and take them as your Class 1-A students. These heroes will need to fight against dangerous villains like Stain and other villains you’ve also seen in the famous anime.

If you’re a competitive type of player, you can go straight to the PvP battle mode and fight against other players through Allied Assault Co-Op mode. As mentioned above, the game offers a huge roster of characters you can play with who are also derived from the anime itself. Here, you can catch up with Izuku Midoriya, Uraraka, Bakugo, Todoroki, All Might, etc.

But, the question now is, who among these heroes can withstand you with all of your battles? Well, no need to look further because our MHA Strongest Hero Tier List can help you out. Moreover, if you want to start or extensively perform in your battles in MHA Strongest Hero, you must figure out which hero can give you the best progress and battles that you want.

MHA Strongest Hero Tier List – Who is the Best Hero?

The MHA Strongest Hero Tier List is divided into four groups; the S Tier, A Tier, B Tier, and C Tier. The heroes are classified under these groups based on their overall performances. Of course, S Tier is the best, and C-Tier is the weakest. Take note that there are characters that do well in PvP but are not that powerful in PvP. While others are good in PvP and not that effective in PvE. So without further ado, here’s our MHA Strongest Hero Tier List;

If you are looking for the best among these heroes, you should find your hero under this tier. Heroes under this tier are renowned for their awesome battle traits in any kind of game mode. In addition, these heroes are also harder to defeat. They’re explicit heroes worth using in your battles.

If you’re having difficulty obtaining the S Tier heroes, you can alternatively opt for A Tier Heroes. Though these heroes are not the strongest hero, you can still rely on them in your battles. When coupled with lower-tier characters, you can utilize these heroes as a good buff. 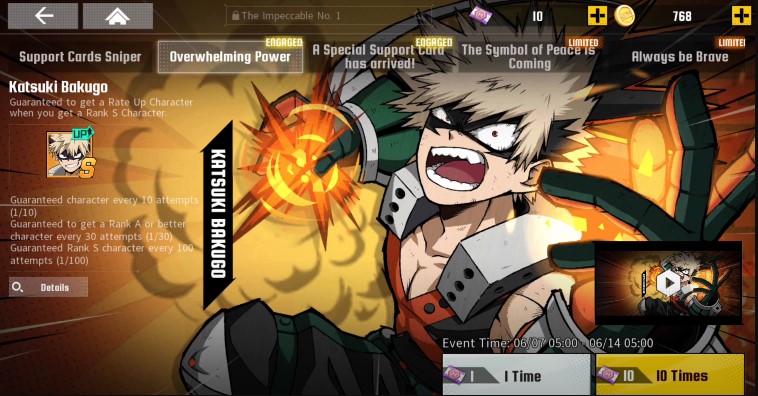 These B Tier heroes are quite lower than the A Tiers when it comes to battle stats. Furthermore, heroes under this tier have specific skill sets but are somehow limited as you still need to develop some technique in a particular hero. If you’re a beginner, you can start your battle journey using these heroes but take note that these heroes are not strong compared to the tiers above.

This tier is distinguished as the weakest line of heroes. Therefore, heroes in this list are not highly recommended, but if you have no choice, you should keep your hero at a distance and try your best to replace them as soon as possible for higher-tier characters. 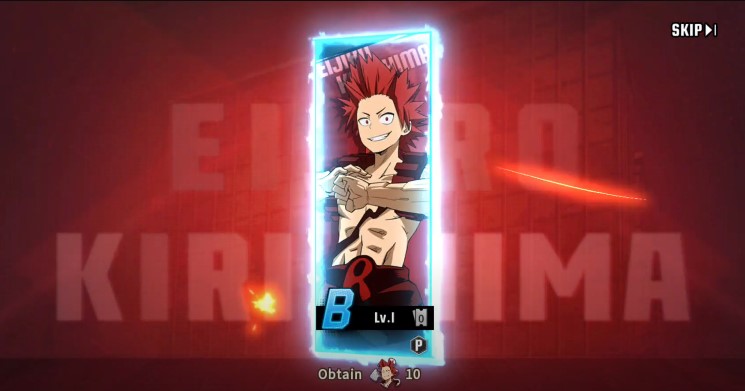 More About the Heroes from the MHA Strongest Hero Tier List

To know better the strongest heroes in MHA, here are the quick facts about each hero;

This S-Tier hero is prominent as the leading superhero of MHA. His quirk One For All ability boosts his overall abilities to physical damage from auto-attacks. So if you’re looking for a perfect hero, you can depend on your PvE and PvP battle; you must not have second thoughts with All Might. The remarkable abilities that make him invisible for a few seconds can help him overcome battles and execute more powerful combos. 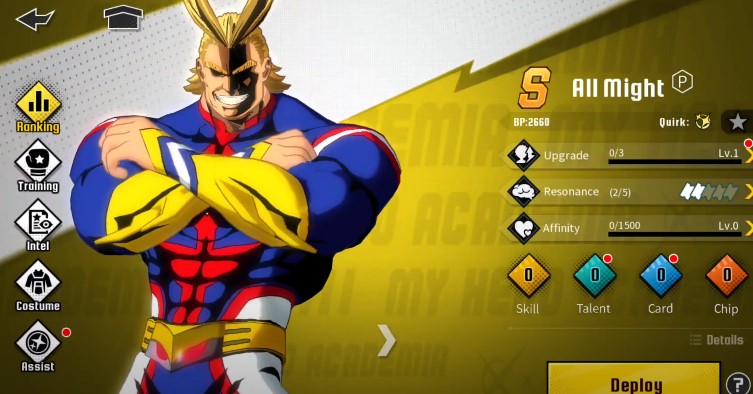 If you’re looking for a firm companion for your PvP battles, then you must not miss Aizawa. This hero depicts a quirk of Erasure that enables him to cancel the quirk of his enemy. Moreover, you can obtain this A Tier hero by overcoming various quests.

When talking about PvP battles, no one can compare to the monster abilities of Tokoyami. This hero portrays a quirk of Dark Shadow where in a shadow monster can emerge and free his enemy for a long time. Additionally, Tokoyami is known for being a solid DPS unit and worth investing in.

Select the Best from the MHA Strongest Hero Tier List

So, there you have it! We hope that this MHA strongest hero tier list enormously helped you determine which hero you should invest in. This list will make it easier for you to choose the best ones. For more information or updates about My Hero Academia: The Strongest Hero Anime RPG, stay tuned here in EmulatorPC.