Ahoy mateys! if you have been sailing the Grand Line for quite some time and are having difficulty dominating other pirates, then, you are in for a treat today. Here, we’ll take a quick overview of the best characters in the latest version of ONE PIECE Bounty Rush. But before we jump into the ONE PIECE Bounty Rush tier list, let’s take a quick lesson of what the game is all about for the sake of those new to the game.

What is ONE PIECE Bounty Rush?

ONE PIECE Bounty Rush is a freemium video action game spin-off of the world-renowned One Piece series. The game was developed by Bandai Namco and was launched in 2018. ONE PIECE Bounty Rush allows two teams made up of four players to compete against each other. Moreover, battles are set in the iconic locations featured in the franchise and are done in real-time.

The rules of the game are simple; players must fight to plant their flag on a treasure to claim it. So the team with the most loot at the end wins the round. In addition to the multiplayer mode, the game also features a story mode that packs a plethora of character-enhancing items. 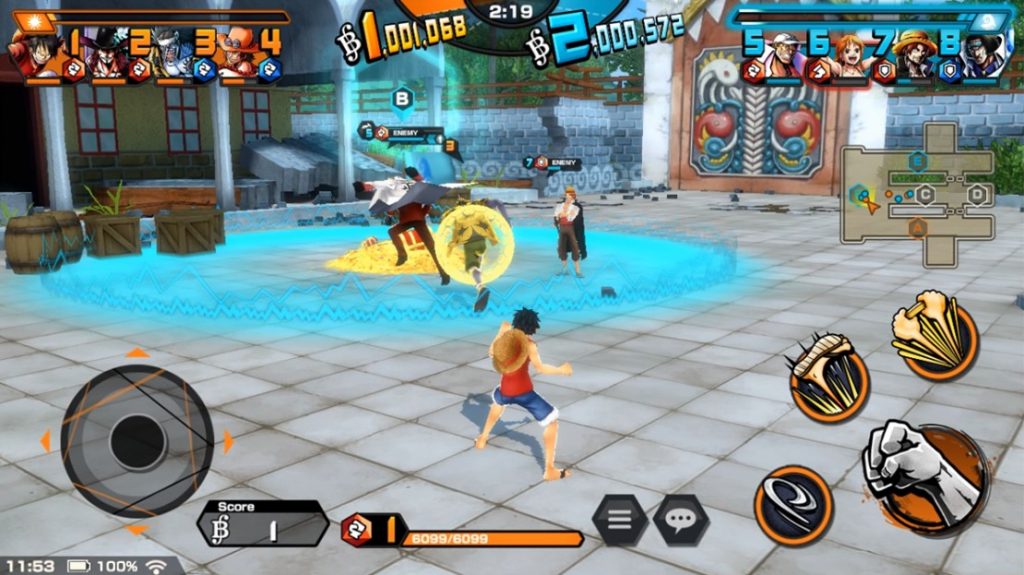 There are three types of characters in the game. the first one is the attacker, which is in charge of fending off enemies. The second is called the runner who’s in charge of grabbing points. Finally, the defender serves as the tank of the team.

Below is our tier list for the iconic game ONE PIECE Bounty Rush.

Tier S is made up of the best characters in the roster of the current version of the game. Having some of the characters listed below on your team will be very beneficial to your success.

Tier A characters are almost as good as the top-tiered characters. For the most part, these characters can climb the top of the list if their abilities or attributes are tweaked. Like the Tier S characters, the following will make your battles easier.

Tier B characters are considered as your basic run-of-the-mill characters who are easily accessible in the game. Additionally, they come with decent skills and attributes that can give your team a fighting chance in battles. Unlike the first two tiers, having these characters in your team will not always guarantee an easy battle. Nevertheless, having some of the characters on this list is better than nothing.

Choose from the ONE PIECE Bounty Rush Tier List Now

Now that you have an overview of the characters, it’s now time to jump back into the action. Speaking of which, what better way to experience ONE PIECE Bounty Rush than on PC. Just download the game here in EmulatorPC. Furthermore, stay tuned for more news and updates regarding the game!