Role-playing games are very fun to play because of their great action, epic adventure, awesome storyline, and intense battles. But the problem with many RPGs right now is that progressing faster requires you to spend money. Whether you want to acquire that new character and max his level fast or get that limited-time weapon, you need a lot of moolah. This is common to many RPGs right now, including the action RPG One Punch Man: The Strongest.

Now, this might scare many free-to-play (F2P) players, thinking it’s useless to play if it’s almost impossible to get strong characters or gear. Fortunately, that’s not really the case. You just need to be smart and strategic in how you play the game to progress and become a strong player. To help you with that, here’s a F2P guide to playing One Punch Man: The Strongest. 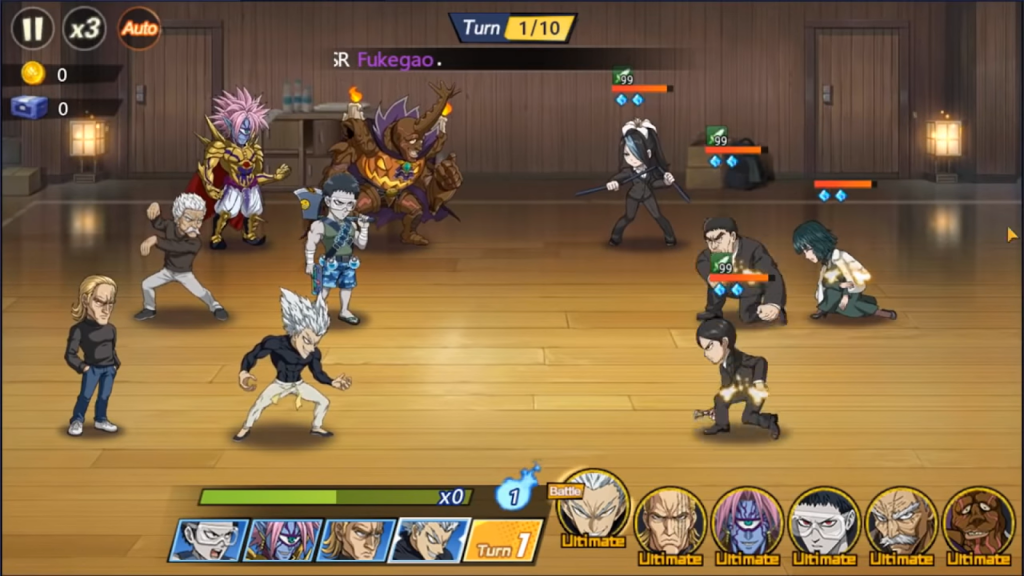 One Punch Man: The Strongest gameplay

The premium currency in One Punch Man: The Strongest are diamonds. This means that they’re a resource that is very hard to acquire unless you’re willing to spend money. You can acquire them for free, but only a small number of them. So, it would take a while to substantially grow your stockpile of diamonds. Hence, you need to be very wise in spending your diamonds on this RPG. You have to use them only for valuable things so you don’t waste the resources and maximize what they can offer.

The best way to spend your precious diamonds in One Punch Man: The Strongest is to use them on black tickets. Black tickets are what you can use to summon some of the most powerful characters in the game. Of course, the summoning result will still be random, so you’ll still need to use many tickets to acquire powerful characters. But don’t you worry as these black tickets give you a higher chance of acquiring them.

You can purchase 36 pieces of black tickets every month using diamonds. And you will need close to 8000 diamonds for it. So, make sure you save your diamonds and only use them for purchasing these black tickets.

Subterranean King is a powerful character in One Punch Man: The Strongest

Another good way to spend your diamonds is to use them on Limit Break Badges. They can help you get stronger and progress faster in the game, so you should also consider using diamonds on them.

The Characters You Need to Focus On in One Punch Man: The Strongest

As a F2P, you will have limited resources available. Thus, you need to prioritize certain things to help you progress faster, including developing heroes. You don’t have to develop or upgrade all of the units that you have since it’s going to be a waste of resources. Instead, you should focus more on certain heroes since they’re the ones that can help you progress faster.

The most OP heroes in the game right now are Atomic Samurai, Emperor Child, Terrible Tornado, Deep Sea King, Carnage Kabuto, and Superalloy Blackluster. If you’re not playing on the Global Server, you can include King, Bang, Silver Fang, and Metal Knight on that list. These overpowered heroes should be your priority when developing characters. Other characters that you can develop in case you don’t have the overpowered ones are Dr. Genius, Beast King, Amai Mask, Vaccine Man, and Tanktop Master.

You can also include Golden Ball, Melzargard, Groribas, and Subterranean King. They’re powerful characters, just not overpowered like the others. If in case you need more alternatives, you can also consider Genos, The Metal Bat, Sky King, Speed-o-sound Sonic, Smile Man, and Blizzard Hell. They’re weaker compared to the others, but they can be good alternatives.

Getting Good Gear in the Game

Aside from acquiring heroes, you also need to get good gear for your heroes to make them even stronger. Equipping gears is actually the best way to raise the BP of your hero, making them more powerful. But gears will cost you resources to acquire, especially the most powerful ones.

But there is a way to get them with minimal resources. And that method is through the Club Boss Challenges, Club Vault, Unnatural Disaster, and Gear Shop. You can also try the Conqueror Challenge, but the rate for getting purple gear here is low. However, it is still a good way to get gear exp cards, so you can still try them out. But the ones mentioned above should be your go-to method to quickly get good gear without spending too many resources.