Pet Rescue Saga is part of King’s second batch of freemium casual puzzle games for mobile launched from 2012 to 2013. Despite garnering an impressive download count and accolades, this wholesomely challenging puzzle is far off compared to its sister game, Candy Crush Saga. One possible reason for its underperformance is that it was overlooked since it launched during the peak of Candy Crush’s popularity.

Nevertheless, the number of installs and the community of players who play the game frequently allowed this matching puzzle to continuously thrive in the highly competitive freemium marketplace. With that said, after almost a decade since the game’s launch, it is only appropriate to take a quick review to find out if the game is still worth playing in 2021. But first, let’s talk about what Pet Rescue Saga is.

What is Pet Rescue Saga?

Pet Rescue Saga is a tile-matching game inspired by Kuniaki Moribe’s 1985 SameGame/Chain Shot! for the PC. Aside from the gameplay rules/mechanics, every element in Pet Rescue Saga is an original concept. It is safe to say that this version is the evolved version of the 80s puzzle game.

At first glance, Pet Rescue Saga looks like your typical match-three game. Not to mention that it bears the signature King’s animation and overall design. Despite the resemblance, every element in the game from the challenges to the structure is an original concept unique to other titles developed by King. 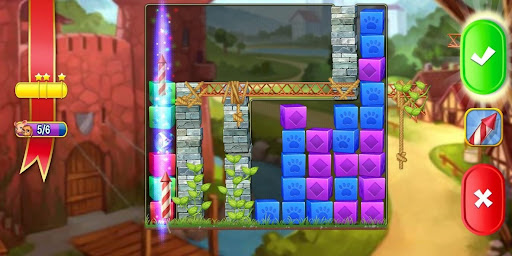 Despite the game’s age, the overall visuals of this game can easily compete with any other casual puzzle game. The fact is that the game looks better than some casual games of today due to its vivid colors and sharp visuals. With that said, the graphics and overall presentation of Pet Rescue Saga can surely please most casual gamers today.

Like most puzzle games, Pet Rescue Saga comes with user-friendly controls for accessibility. Plus, the overall gameplay structure of the game is also modest. All you need to do is click on the tiles with the same color to beat the level.

With that in mind, the modesty of its overall gameplay does not make it less challenging. That is because of the game’s randomized puzzle generation system and puzzle elements integrated into its core gameplay structure. To counter the challenges, the game comes with a decent selection of boosters and power-ups that the player can earn as rewards or purchase through the in-game store. 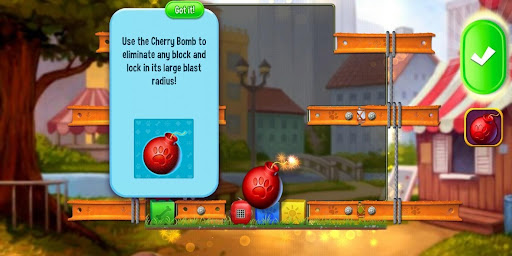 In addition, Pets Rescue Saga comes with the usual freemium features, like the daily challenge mini-game and daily login bonus. All in all, the gameplay structure of Pet Rescue Saga is solid enough, if not better, than some casual games out there. The balance between the gameplay challenge and the reward system works harmoniously to make the entire experience fun and intricate at the same time.

Just like its sister games, Pet Rescue Saga uses the freemium gameplay structure that encourages the pay-to-win model. Despite this, players can still play the entirety of the game without spending a single dime. That is because of the game’s balanced reward system that allows the player to earn in-game currency used to purchase premium items in the game.

The best part is that the reward amount is highly dependent on the player’s performance. In other words, the better your skills are, the more rewards you get. Other than that, Pet Rescue Saga features regular events, social media rewards upon logging in, and a dedicated friends tab.

Pet Rescue Saga is a fun casual puzzle game that is worth investing your time into. The game’s unique gameplay structure provides a great alternative, especially for those who are looking for a match-three puzzle alternative. King did a great job in keeping the game updated and competitive for its ever-growing community of players. 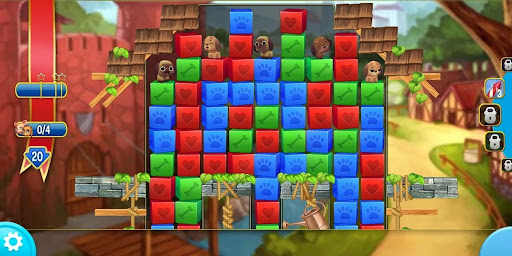 With that said, Pet Rescue Saga also has its flaws. One of which is King’s signature heart-based currency/ticket system that depletes every time you fail to beat a level. In other words, the game does not come with unlimited gameplay since you need to wait for your lives to generate or ask some from your friends before you can proceed. On top of that, players only have a single attempt for each daily challenge. Nevertheless, Pet Rescue Saga provides a fun and challenging experience once you get past those minor flaws.

And here ends our brief Pet Rescue Saga review. If you are a new player who wants to experience the fun that this game offers, then play it on PC. Make sure to download Pet Rescue Saga for PC here at EmulatorPC.