There are millions of free-to-play PC games on the market. From triple A titles to indie prodigies. As long as devs are coming up with new ideas, we’ll never run out of games to play with. Most of them are unique, while others are mere carbon copies of a more popular title. Nevertheless, you can be sure that there’s a game out there for you.

However, there are a few that’s simply hilarious. Like a satirical take of a popular franchise. And that’s where Rick and Mortys: Pocket Mortys come in. It’s a funny game developed by [adult swim] games that are based on the popular Rick and Morty cartoon series. Now you might ask what makes this game different from others. Well, that’s what we’ll find out.

The Story Of The Hilarious Pocket Mortys

Let’s start first with the game’s story. You take the role of Rick Sanchez– well at least one version of Rick– who is happily yelling at Morty in a garage. Then another Rick and Morty duo in fancy clothing interrupts your day and decides to transport you into another dimension. Once there, you notice that there’s an ongoing trend in the universe. And that’s fighting with hundreds of Mortys. Your job is to train, fight, and evolve your own Morty team and challenge the Council of Ricks to get your life back. 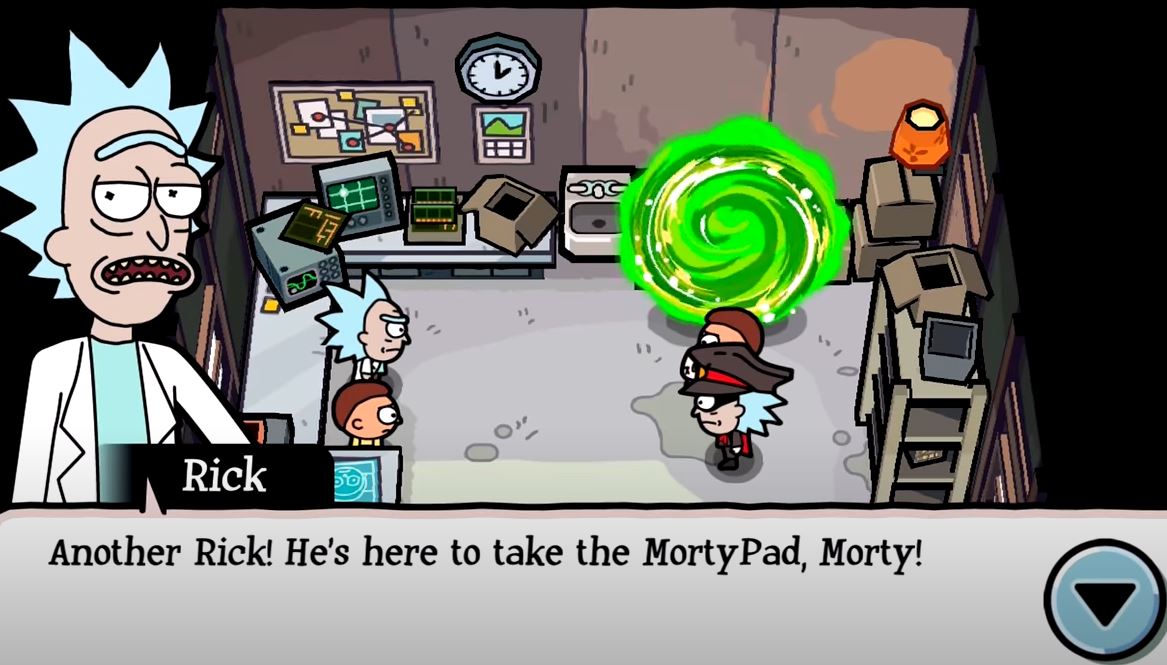 The game offers more than 300 Mortys you can catch, train, and evolve. Each one has its unique skills, abilities, and hilarious lines. The game appears to be a parody of earlier Pokemon games with hilarious twists like weird Morty sounds. Moreover, you can train other Mortys outside your party through Morty Day Care. Just leave them there and come back when they’re stronger. If that’s not enough, there’s also the Morty Games where it’s a series of battle events that lets you win rare Mortys.

The game is a hilarious satire of the Pokemon franchise, but it’s also quite fun to play. Not to mention that it also has a single and multiplayer mode players can enjoy. Let’s discuss how they differ in the next section.

The game’s single-player option lets you play the story without an internet connection. You’ll go through its story campaign fighting other Ricks with your Morty deck. But that’s not all it offers. You can also craft items so you’ll have an advantage in battle. Additionally, you can complete side quests for more rewards so you can purchase more items. Another unique feature of the game is making investments. You can invest in certain structures or businesses so you’ll have a passive income for your adventure.

There’s also another secret to the game. As you go along the story campaign, you’ll notice certain easter eggs. These secret references hearken back to other game titles, popular shows, or even real-life events. The game makes no exception in breaking the 4th wall barrier. If you’re looking for a funny single-player experience then you might want to check this out. 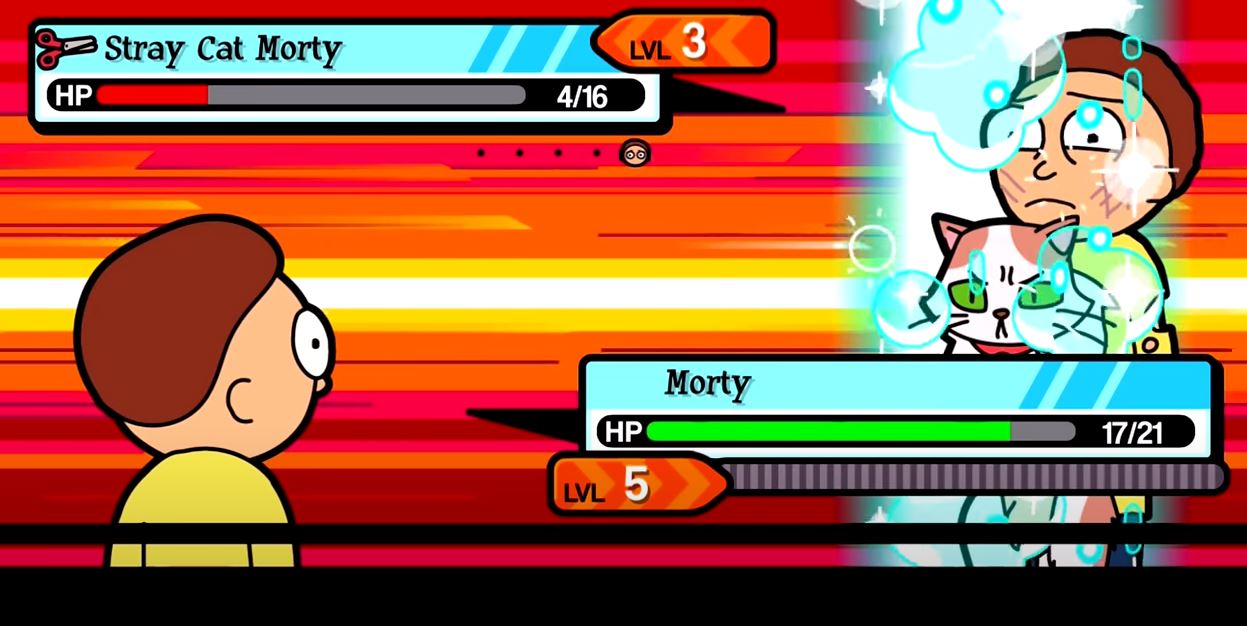 Of course, no great game is without multiplayer. And Pocket Mortys has tons of multiplayer options. Let’s start with the basics. You can trade your Mortys with other Rick players online. If you find a rare Morty, and another player has a Morty you want, you can negotiate terms. But if you want to be the best Rick in the multiverse, you can also challenge them to Morty duel. Fight players using your most powerful Morty deck.

Moreover, it wouldn’t be a Rick and Morty adventure if you can’t fight in other worlds. Each world has a minimum level requirement before you can go there. For example, Mortyland is the easiest to fight in as its minimum level is one. Next up is Plumbubo Prime 51b, which you can access at level 10. Then there’s Mortopia and GF Mortanic that’s accessible in level 20 and 30 respectively. As the smartest and prime Rick, you would want to assert your dominance on every available world in the multiverse.

Now a Rick and Morty game wouldn’t be complete without the infamous Mr. Meeseeks. Find him and speak to him to get rewards. However, you may need to watch an ad, but that’s inevitable. Rick and Morty Pocket Mortys has the roots for a great simulation game along with all the hilarious gimmicks of the show. It may not be a triple A title, but it sure is fun to play. And if you want to maximize your Rick and Morty adventure, then try playing it on PC.

Download our EmulatorPC and get access to full-screen gameplay along with customizable keymaps. Our ingenious app is also optimized to run on even the lowest specs PC. Just try it, and give your gaming experience a huge level boost!

5 Best Tycoon Games That Will Test Your Business Skills