If you are an avid fan of gacha games, you will surely know about this RPG title, RAID: Shadow Legends. It is one of the greatest creations of Plarium, and if you’re a fan of RPGs with an immersive story, you must not miss checking out this game. Furthermore, this role-playing game offers loads of activities that will surely make you hooked for hours. It offers 12 chapters wherein you can unlock more than 450 champions, artifacts, gears, and packs of upgrade resources to farm for. With the help of our Raid Shadow Legends XP farm guide, you can learn how to get XP efficiently and more!

To get this boatload of stuff, it will be best to access all the game modes and complete various challenges in the main campaign. Also, it enables you to unlock and upgrade multiple characters. Moreover, by accessing the game modes and accomplishing tasks, you can also gain XP, followed by Silver, and the relatively needed artifacts in the game.

If you’re just starting in the game, the best way to farm XP and other important resources you need is to understand the main story quickly. Since your priority is to get XP, Silver, and artifacts, you must lookout for the stages of the story that can give you a lot of these. For instance, you can get loads of XP and farm bountiful amounts of Silver when running the campaign map. In the main story campaign map, there will be 12 chapters with seven stages. In each stage, you can accumulate reasonable rewards upon completion.

If you want to get a bunch of XP and Silver, it’s best to go through stages 3 and 6 sequentially. In stage 3, you can’t get loads of resources, but you can acquire shield artifacts that you can sell for plenty of money. While on Stage 6, you can get a large amount of XP, which is better than the other boss stages of other chapters. However, take note that the main campaign can help you acquire valuable artifacts for equipping your team during the early and mid phases of the game.

Aside from artifacts and XP, you can also get a specific piece of gear in each chapter. And on the last stage, you will loot gears that you can acquire on the following levels of the chapter. The gear dropped varies per chapter, as well as in stages. 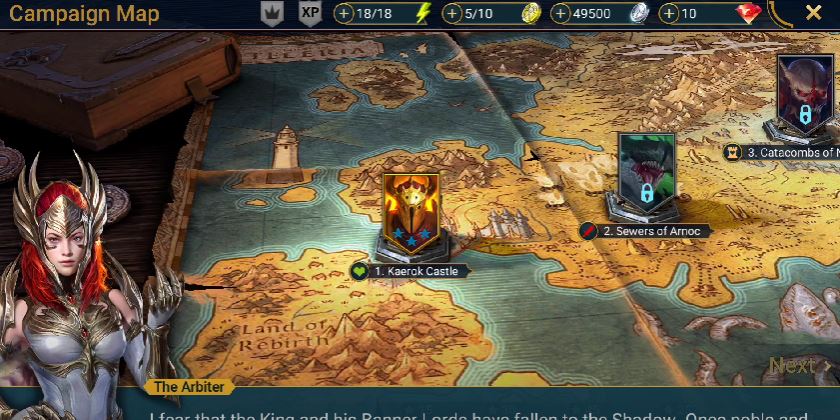 Raid Shadow Legends XP Farm & Other Resources in the Dungeons

Once you’re done with the campaign story, it’s now time to farm XP and other resources from the dungeons. Like the usual title, the toughest dungeons bear the most incredible rewards. So, you’ll deploy your best team to those kinds of dungeons to ensure you get those amazing rewards. For example, one dungeon that you can farm XP and upgrade resources is Potion Dungeons. There is a particular boss in this kind of dungeon, and it is accessible on different days of the week aside from Arcane Keep.

If you want to upgrade and power up your characters, it’s best to pot for the potions. Though the potions are not as powerful as the usual gearing and leveling, it’s still a great idea to immerse yourself in these dungeons as the positions can increase the stats of your equipment banners and amulets, which is not usual to the standard level-ups. Though your stats are positively affected by potions, keep in mind that your energy reserves are at stake once not used carefully. The higher the level you take, the more energy is used per run.

Another place you must explore for more XP is the Minotaur’s Labyrinth. It’s also where you can farm mastery scrolls. Moreover, it’s renowned for being the longest dungeon in the game. If you wish to upgrade your champions, it is best to take this Minotaur’s Labyrinth last on your list. Furthermore, you’ll be encountering a Minotaur enemy along with his minions. At first, you might think this dungeon is easy to play. However, once the Minotaur takes his buffs, you better pull your sleeves up as you will deal massive damages.

Joining the roster of the crucial locations that allows players to get massive XP and resources are the artifact dungeons. As mentioned above, you’ll be getting pieces of gear once you’ve explored the main story. To upgrade those pieces, it’s best to farm in this type of dungeon, specifically from stages 13 and the preceding dungeons. Additionally, these gear dungeons allow you to boost some heroes to six stars. There are four gear dungeons; Ice Golem’s Peak, Spider’s Den, Dragon’s Lair, and Fire Knight’s Castle. In each dungeon, it drops gear sets that depict various properties.

Through Raid Shadow Legends XP farm, the relevant resources such as silver, gears, artifacts, and boosters will follow. We hope that this guide will help you not only in farming XP but also with other important resources. For more updates and information about Raid: Shadow Legends, stay tuned here at EmulatorPC.