With over 4 billion fans across the globe, Cricket has evolved from an English children’s game to the second most popular sport on the planet. Like most famous disciplines in sports, video game versions of Cricket have become prevalent. With hundreds of titles saturating the market, redundancy and mediocrity also became a norm. Titles boasting to be the best are in reality, lacking the necessary features and elements that make a video game version of Cricket fun to play. However, Real Cricket 20 is not one of those titles.

Launched in 2018, Real Cricket 20 is the flagship title of indie video game developer, Nautilus. More than just your typical Cricket video game, the developers aim to provide an authentic simulation of the popular game. The passion and hard work of the developers paid off when the game was awarded the Most Competitive Game during Google Play’s Best Games of 2018. With that in mind, let us take a quick look at some of the features that make Real Cricket 20 better than the rest.

One of the most iconic features that make Real Cricket 20 stand out from other games is the graphics. The graphics in the game, for the most part, is close to an AAA-developed game. Not to mention the realistic physics that makes each character’s movement as realistic as possible. On top of the brilliant graphics is the realistically rendered audio that comes complete with multi-language commentary packs.

The next feature that makes Real Cricket 20 a fan favorite is the main gameplay itself. Not only do the characters in the game move realistically, but players will also be able to feel the difference between each batsmen’s gameplay style. Whether it is defensive, radical, or brute, players will definitely enjoy the realistic approach of this epic simulation.

One of the features most games fail to achieve is the level of details in the game. No matter how powerful the graphics engine is or how realistic the game physics are, a game will look cheap and mediocre if it lacks details. With that in mind, Real Cricket 20 is one of the few titles that come with impressive attention to detail. One example is the sports center newsroom where each sports anchor comes with their own highly unique clothing styles and gestures. On top of that are the animation and special effects infused in the background. Nevertheless, that is just the tip of the iceberg since the gameplay of Real Cricket 20 is packed with details that justify the word “Real” in the game’s title. 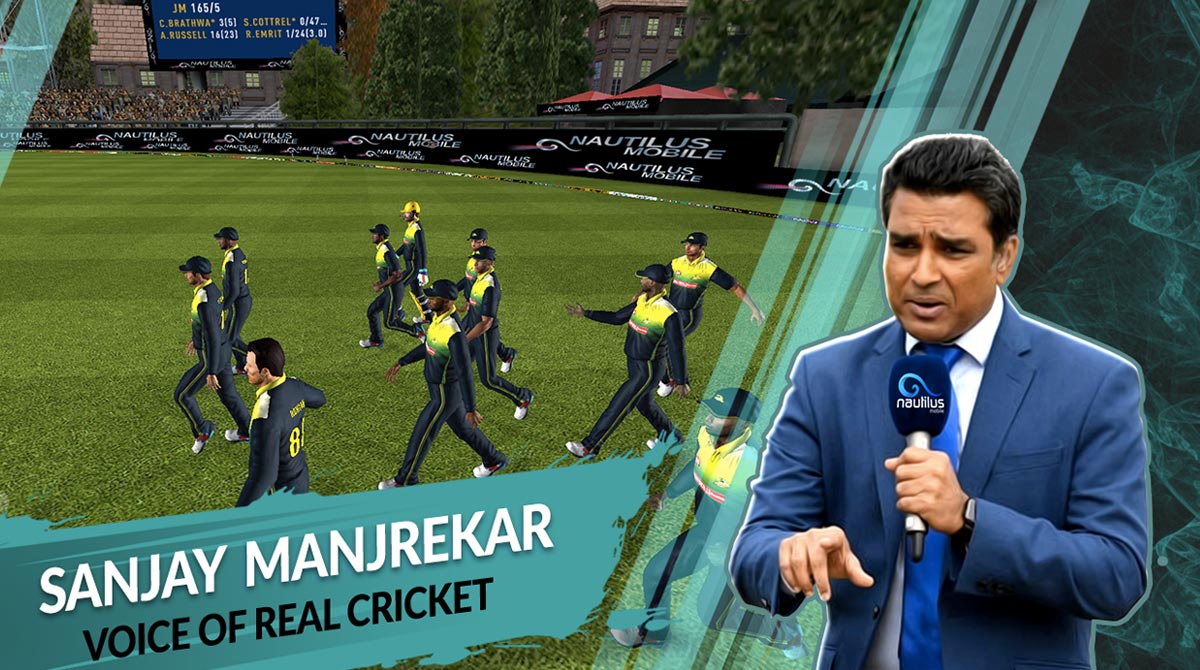 Each match in the game comes with iconic details seen in a real live TV broadcast of the game. It even has the same PIP (picture in picture) feature that shows both the batter and the ball on the same screen. Making the game even more realistic is that matches take place in authentic stadiums across the globe. Real Cricket 20, is not as polished as a paid AAA game. Nevertheless, the game is hands down one of the best video game versions of Cricket that you can get free of charge.

The Real Cricket Premier League Auction is an exclusive feature in the game that allows players to build their dream team. Participating in auctions requires a hefty sum of in-game currency especially if you are bidding for a popular player. It is highly advised especially for new players to study this feature carefully before participating. This is because the feature can be overwhelming for beginners.

Tournaments and Game Modes in Real Cricket 20 is the heart and soul of the game. After all, a sports game without a well-balanced tournament and game mode is like an empty shell. With that said, Cricket 20 does not fall short when it comes to game modes and tournaments.

For starters, the game offers 1P vs 1P for both ranked and Unranked teams, 2P vs 2P where you can team up and play with friends, CO-OP where you and your friends can team up against AI, and Spectate that allow players to watch live streams of your friends’ multiplayer matches. In terms of tournaments, Real Cricket 20 features ODI World Cup tournaments and RCFL Editions. The best part is that Real Cricket 20 is an evolving game, which means that it constantly receives updates for new tournaments and other challenges.

Real Cricket 20 is hands down one of the best video game versions of the game in the freemium market. If you are a fan of the sport, then, you definitely should check it out. Just click here to go to the game page and download it there for free!