SinoAlice Review of the Overall Gameplay

In 2019, Japanese video game icon Yoko Taro along with Pokelabo unleashed SinoAlice for mobile. With the creator of the Nier and Drakengard series on the director seat, the title has been anticipated throughout its development phase with over 2 million IOS and Android users pre-registering for the game. Despite having mixed reviews during its launch, SinoAlice has managed to establish a solid community that keeps the game alive since its launch.

Two years and over a million installs later, the game remains solid with an overall rating of 4.31/5. With that in mind, if you are one of those players who’s asking the question of whether the game is still worth playing in 2021, then, we got you covered with our spoiler-free SinoAlice review. Before we dive right into our overview of this side-scrolling RPG, let us first take a quick overview of some of the game’s notable features.

First launched in 2017 for the Japanese market by Square Enix, SinoAlice features a dark tale featuring some of the most iconic fairy tale characters in literature. Although this is already expected given that the concept comes from the brilliant mind of Yoko Taro. 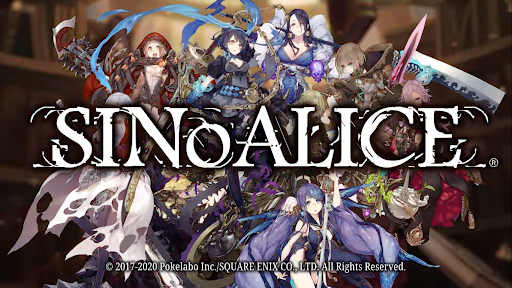 This unique side-scrolling RPG comes with various game modes, episodic narrative presentation, and a plethora of items to collect. Like most RPGs, the game comes with character-building elements combined with a unique weapon-based system. The game also features single-player, multiplayer, and guild battles that come with tons of achievements just waiting to be unlocked.
SinoAlice, in short, is a unique RPG title that provides a new type of gaming experience. With that in mind, let’s take a quick overview of the game’s narrative, presentation, and combat.

SinoAlice, despite having some of the most iconic characters in its roster, is not about happy endings, singing animals, fairy godmothers, or charming princes. It is in fact a dark tale about death and desires. The game takes place in a mystical library that houses the desires of various storybook characters. Each character comes with their own unique storyline that crosses over with each other as the story progresses. 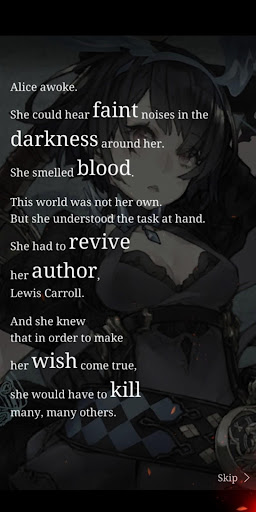 Like most RPG titles, SinoAlice features the main story and an ever-developing number of side stories. The main story of the game, despite its dark theme, provides an immersive tale that is both unique and interesting. If you are a fan of dark tales with multiple plot twists, then, this is a story that is worth checking out.

SinoAlice, when it comes to presentation, is not as impressive as one might expect. Despite having some of the biggest studios handling its development, the game does not possess innovative elements that will separate it from other titles. Although the game comes with impressive cutscenes and cinematics, the design of the main game itself is as basic as the ones developed by indie studios. The game may bear the Square Enix logo but the entire experience feels a bit off and does not in any way feel like a game from the aforementioned studio. 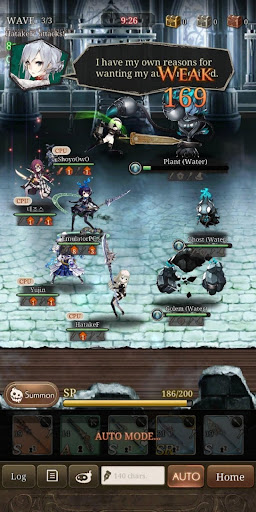 In other words, SinoAlice, if not for the unique story presentation/cinematics is mediocre, to say the least. The mediocrity is in the game’s design, animation, and physics which feels like an indie game. The combination of the gloomy/dark setting and the basic overall design results in a less exciting experience.

Like most Japanese games, SinoAlice comes with various technical features that require an in-depth understanding of the player. One unique feature of the game is the gear-based combat system that relies heavily on equipment rather than the skills of the character. In addition, is the collectible class system that comes with both common and specific skillsets. Interestingly enough, each class and weapon in the game comes with its own stories. Speaking of stories, the game also features exclusive weapon skills usable only in stories. The same goes for limit breaks, combos, and KOs. 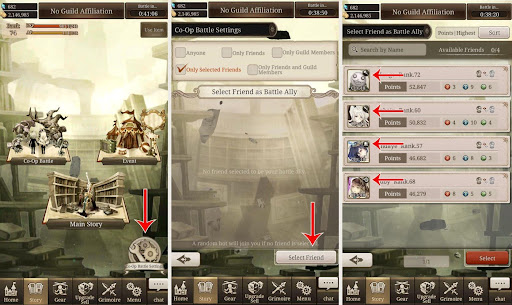 Moreover, SinoAlice features three game modes for you to explore. The first mode is the story mode that features chapter-based levels of each character. Do take note, however, that the game only allows one character for each level which means that playing solo in story mode will pair you up with four CPU-controlled characters.

The next mode is coop battles that players play with their guildmates, random players, or their friends online. The third mode is events that come in “limited time” and “restricted” categories. Limited time events feature various item and equipment-themed chapters. Players can take on armor events for a chance to acquire armor, weapon events for weapons, and conquest events for nightmares.

SinoAlice also features an intricate combat and gameplay system. Nevertheless, all of these intricacies are wrapped in automation. This means that you will always have the option to automate the battle/customization making the game accessible and less challenging.

SinoAlice provides a unique RPG experience for mobile players. It’s hard to describe the type of challenges the game has to offer. For one, the automated system makes you more like a collector rather than a strategist which defeats the purpose of the game’s intricate system. Other than that, the game provides a fresh take on the genre. Not to mention that it comes with one of the most uncommon lore in the freemium market. Play SinoAlice on PC today.

Disney Mirrorverse Guide – Tips To Get a Good Start