Since its official launch, Ponos’ iconic kimo-kawaii tower defense game The Battle Cats boasts one of the largest cat rosters in video games. The simplicity of the game’s battle mechanics, leveling system, and detailed overall design fueled the game’s rise to success across multiple gaming platforms. Since 2014, the developers have been able to expand the game’s roster through events and collaborations.

As of 2021, PONOS was able to squeeze in over 600 cat units in this casual game. Not to mention that the roster continues to expand. To counter the hundreds of protagonist units in the game are the enemy units which, for the most part, are rarely mentioned in forums.

With that said, if you are one of the millions of players curious about the various types of Battle Cats enemies, then you are in for a treat. In this Battle Cats enemy guide, we will discuss the strongest units in the game’s first three enemy types – Traitless, Red, and Black.

Traitless enemies are non-attributed units in the game. Before update 5.10 went live on March 28, 2017, Traitless enemies were labeled as White Enemies. Traitless is the first type of enemy that you will encounter in the game and does not follow any patterns or traits. The lack of traits makes these enemies unpredictable and more difficult to handle compared to those with traits. This is because anti-traitless cat units are scarce.

One of the strongest enemies in the Traitless common/story category is Henry. Built just like an angler fish, Henry is a legendary stage exclusive enemy. Some of Henry’s notable attributes include high HP, low damage, and a wide area of effect. 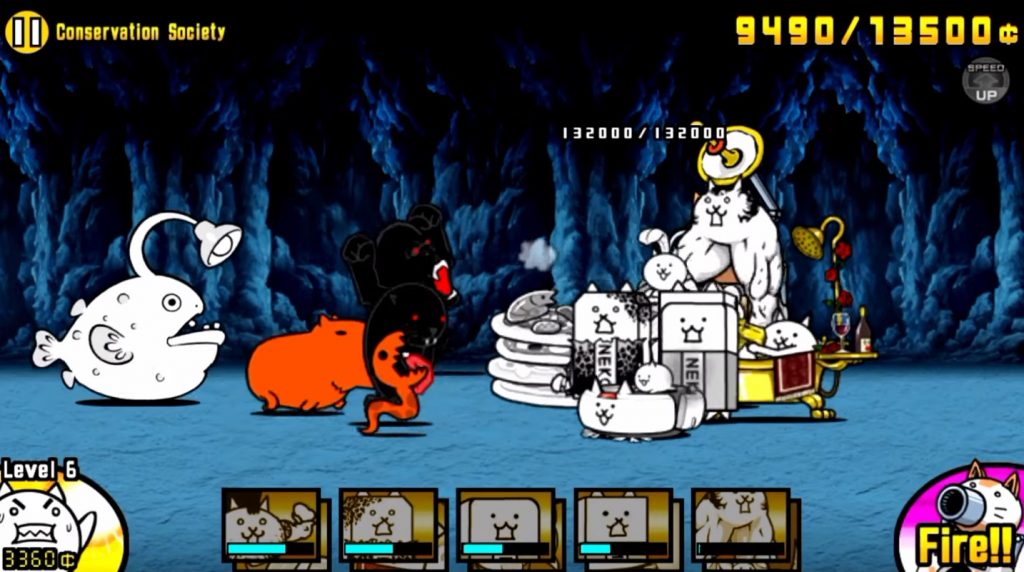 Henry comes with 1 million HP, 6.67 seconds attack frequency, 4 movement speed, 2,500 damage, and 375 DPS. Meanwhile, his special ability allows him to freeze cats for 6.67 seconds (the same as his attack duration). Frozen units can only be unfrozen through knockback.

For this category, there are a total of 127 Battle Cats enemies. Find out who’s the toughest Traitless collaboration enemy in the game.

MikuBear debuted in the Hatsune Miku Collaboration Event and is another variant of Teacher Bear. This fiend boasts an HP of 100,000, an impressive 6,923 DPS, attack power of 15, 000, 2.17 seconds attack frequency, and 8 movement speed.

Cat counterparts are enemy units in contrast with protagonist cats. Think of these units as the dark counterpart of your cat collection. For this category, there are 57 enemies in total.

Master Uril resides on the 50th floor of the heavenly tower as the final boss. Like any other boss, the attributes of this fiend are on steroids, literally. Facing Master Uril means you need to cope with his 3.8 million HP, 12, 142 DPS, and 25,000 attack power. His special ability allows him to execute a level three surge attack for two seconds with a range of 200-400. In addition, his ability can also curse units for 10 seconds. You need to use your strongest long-ranged units and avoid tanks to defeat this enemy.

The first faceoff with a red enemy will be in the Maldives (stage 10 in Empire of Cat). An area attacker called Pigge will serve as the main boss on the stage. Right off the bat, you will notice that red enemies are tougher and faster than Traitless enemies. You need to make sure that you have your anti-red cats equipped the moment you reach the Maldives if you do not want a disappointing defeat. Examples of early anti-red Cats include Axe Cat, Gross Cat, and Lizard Cat.

As the boss of the moon stage in Empire of Cats Chapter 2, Dark Emperor Nyandam is one of the toughest red enemies in the game. Part of the challenge comes from his impressive stats, slow movement speed, and the constant spamming of Red Squire Rels. To defeat this boss, you need to equip powerful cats like Titan and Fish. You also need to watch out for his devastating ranged attacks and make sure to exploit the power of your cannon. 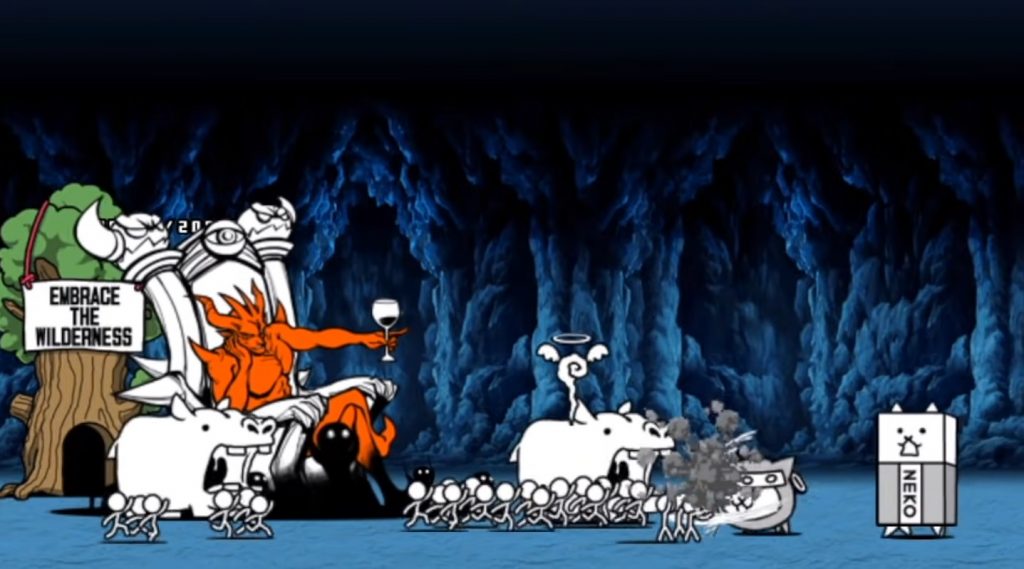 Li’l Nyandam is the only Red Cat counterpart in all The Battle Cats enemies. You will encounter this enemy as a boss in Saint Red Fox. You need to have Awakened Bahamut on your team and an upgraded cannon to defeat this enemy.

Black enemies are some of the fastest-moving attackers in the game. These Battle Cats enemies come with high HP, poor attack range, insane damage, and rapid attacks. Black enemies are non-existent in the early versions of the game except for Assassin Bear, who was under the Traitless category.

For this category, there are a total of 23 Battle Cats enemies. Let’s find out who the toughest Black Common/Story enemy is.

Assassin Bear is the first black enemy in the game. Expect to face this unit the moment you enter the Challenge Battle. Assassin Bear’s insanely fast attack and movement will plow down your units if you are not prepared. This lightning-fast unit comes with 550 HP, 11,250 DPS, .27 seconds attack frequency, and 150 movement speed. Assassin Bear is weak against your cannon. You can counter this enemy with Sanada Yukimura, Manic Jamiera Cat, Express Cat, and Stone Cat.

There are only four Black Collaboration enemies in The Battle Cats. The toughest one in this category is Akuma.

Akuma is part of the Street Fighter V Collaboration, Sekia Goshosha, and Master of the Fist Event. He has 1.2 million HP, over 27,000 DPS, attack frequency of 1.97 seconds, and 450 area attacks. Akuma’s special ability allows him to execute a multi-hit strike with an average damage of 18,000 in a frequency of 0.9s.

Last but not least is the Black Cat Counterpart. For this category, there are only three Battle Cat enemies. Find out who’s the toughest in this category.

Dark Lazer is a black unit commonly seen in Event Stages. This unit boasts an HP of 1,248,000, 19,700 DPS, 244 attack range, and an attack frequency of 0.4s. As you may have noticed in the character’s stats, she is not your typical Black Battle Cats enemy. Nevertheless, you can counter her with anti-black units, Pizza Cat, and Ururun Cat.

The Battle Cats on PC

Now that you have an overview of the first set of enemies in this Battle Cats enemy guide, it is now time to experience this highly acclaimed title on your PC. All you need to do is key in the game’s title in the search box on this page and follow the download instructions.