The match-3 puzzle games genre has been growing over the years. And one of these titles that have provided excitement is Lily’s Garden. Having been released by Tactile Games only on January 29, 2019, the game’s download count has already breached 7 million just this January of 2022.

It goes to show that the match-3 puzzle games like Lily’s Garden niche fan base have already grown so much over the years. It further shows that games like this can be very engaging and that people love playing these types of games. Also, that Lily’s Garden got their puzzle game recipe right. All they have is a simple puzzle game where players have to match flower shapes and colors to clear a level. Thankfully, we have more puzzle games that will keep you on your feet! 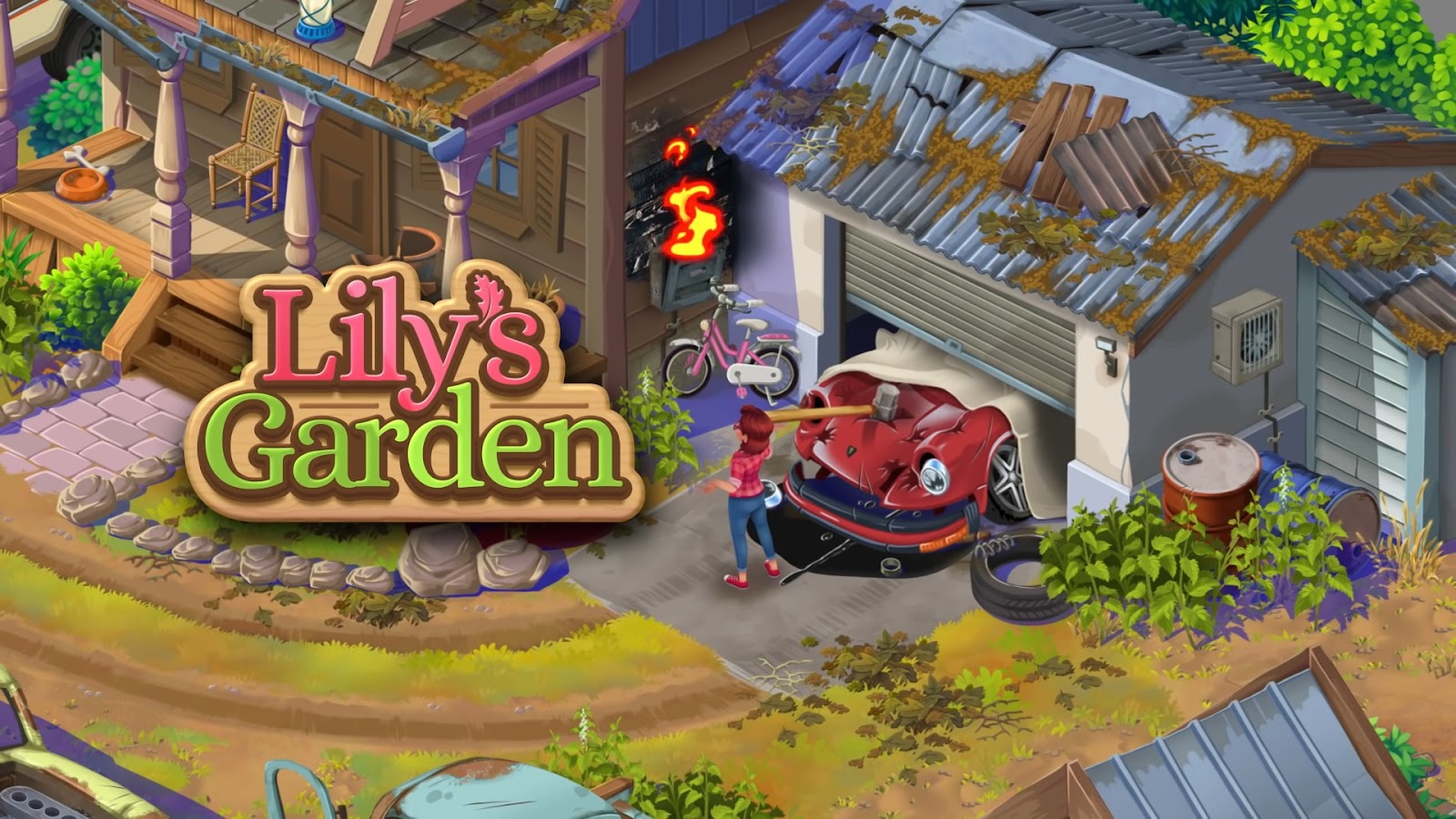 Lily’s Garden is centered around a theme that might not be for everyone. That’s because it’s a puzzle game with a story revolving around restoring a garden. If you want a puzzle game that is equally addicting but has a different storyline or theme, then we’ve got you covered. Here’s our list of puzzle games similar to Lily’s Garden that you might also enjoy.

With over 2.7 billion downloads to date, it would be a sin for us not to include Candy Crush Saga in this list. Developed and published by King back on April 12, 2012, this game can be considered one of the OGs of “match-three” puzzle games. It was so popular, it even won a People’s Choice Award for favorite games. 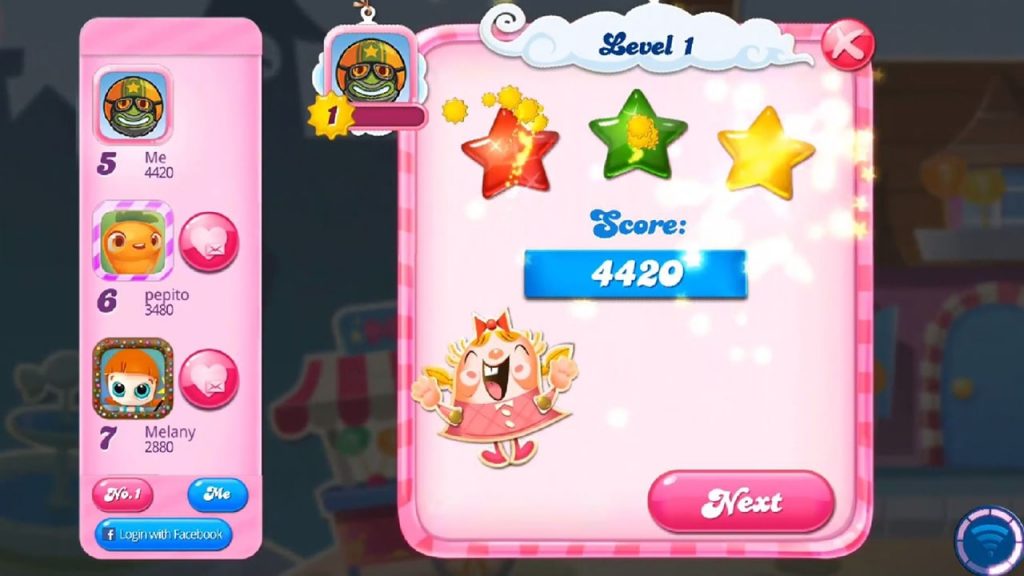 Although not exactly a “match-three” puzzle game, Pokémon Café ReMix is another great option for this genre. This game gives you the same tile-matching mechanics but with a twist. You will not be given square tiles that move vertically or horizontally. Instead, you will be clicking and dragging pokémon faces and have them touch the same type of pokémon. As its name suggests, its storyline revolves around pokémons trying to build a café together. Interesting, right?

Farm Heroes Super Saga is another good option that you can play when looking for a classic “match-three” puzzle game. It has almost the same game mechanics, but with a different theme. This game revolves around matching vegetables in order to collect them. Collect the required count for each vegetable and you get to move to the next level. 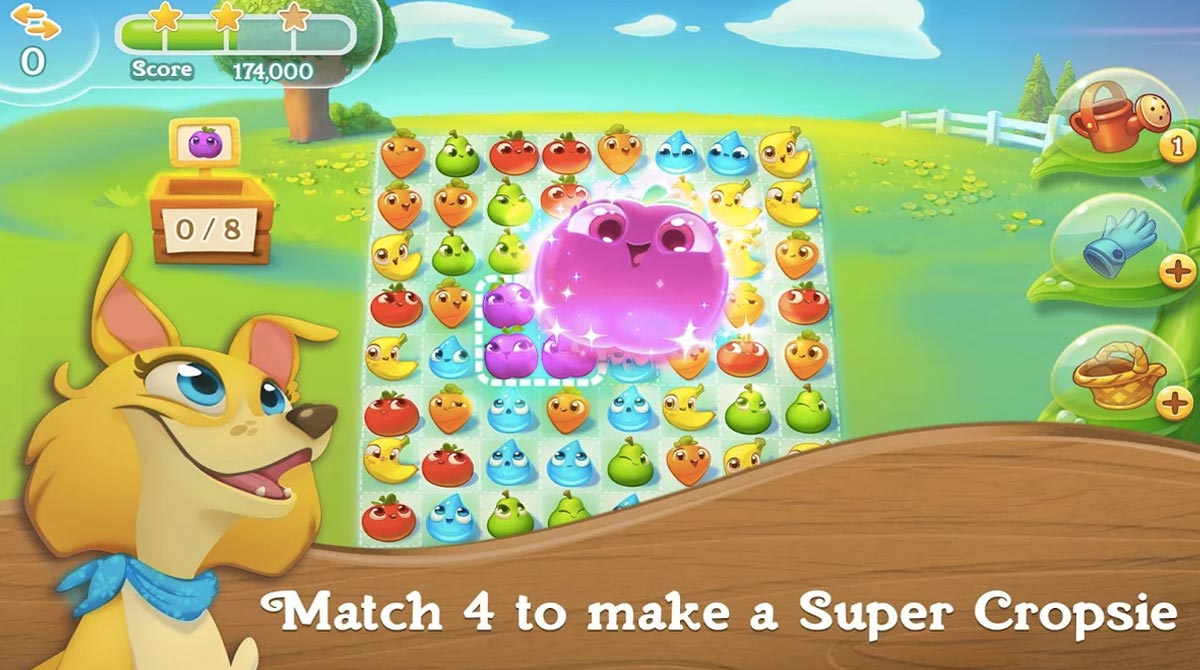 Developed by Metacore Games Oy, Merge Mansion has the same feel as that of Lily’s Garden. It has almost the same theme and graphics. However, the difference is that instead of matching flowers, you will be merging tools, and probably earn treasures. Furthermore, it adds a hint of mystery to it as this mansion hides a lot of stories waiting to be unpacked. 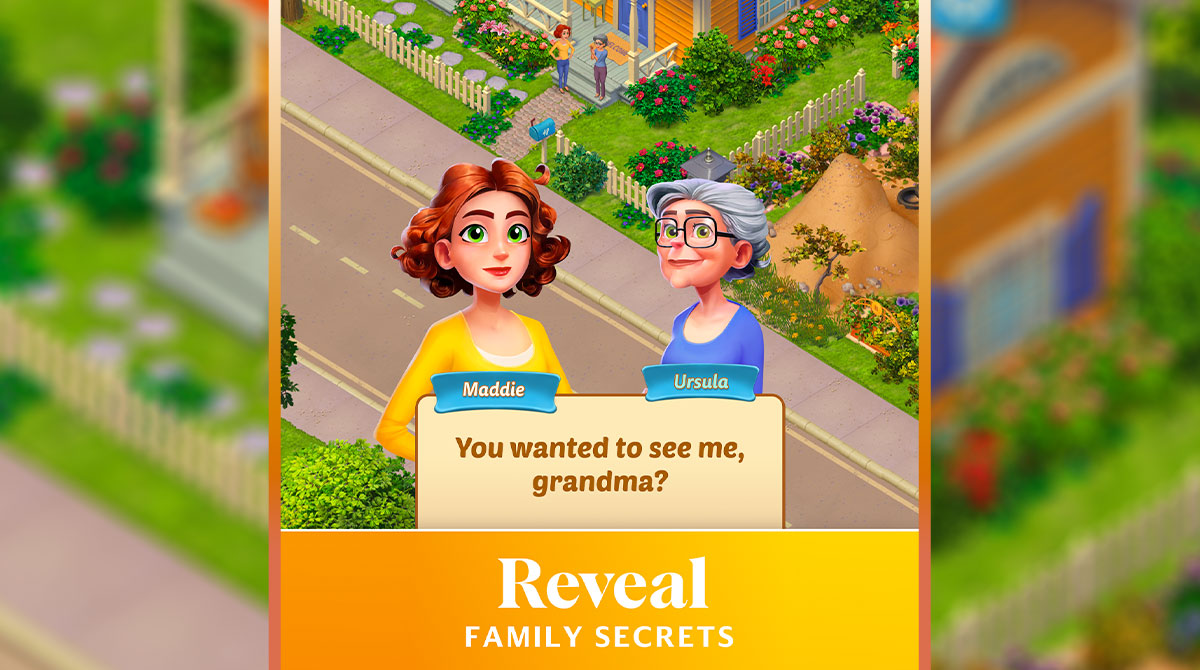 If you prefer the thrill of competition rather than a compelling storyline, then Bejeweled Blitz might be for you. It is the same “match-three” type of puzzle game but is more focused on giving you a competitive feel. Judging by its name you will know that this game has a theme based on gems. Match them to score points. Developed in 2010, Bejeweled has evolved through the years to become the game it currently is. 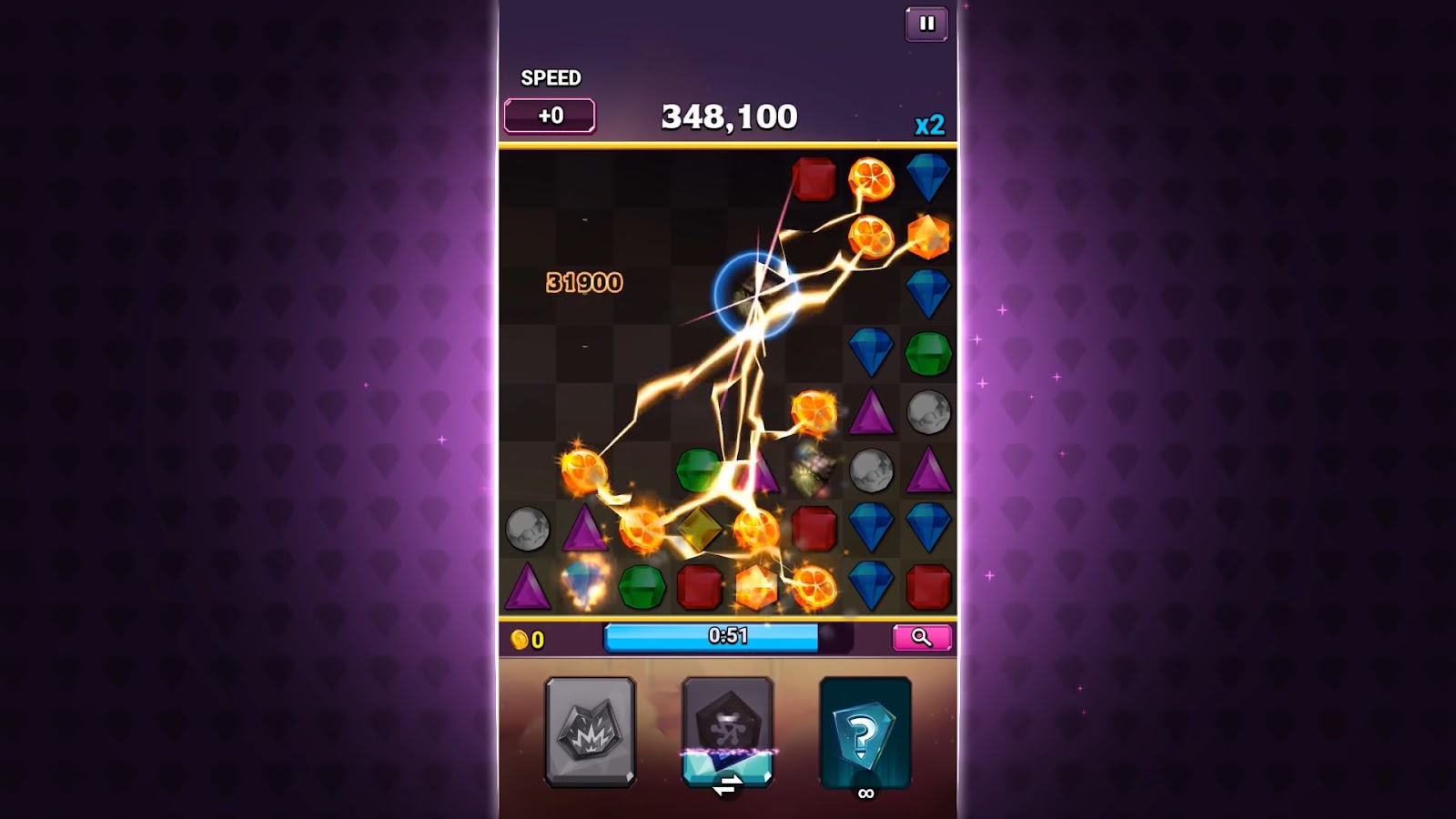 Match Masters is another great option for those who enjoy competing with friends. It’s a simple “match-three” puzzle game but with a twist. You will be competing against other players matching shapes from the same board. Match the shapes to score. The player with the most points wins. Now, this seems fun, right? If you’re searching for a match-3 game that is very similar to Lily’s Garden, then Gardenscapes would be a great choice. It has the same garden theme that’s reminiscent of Lily’s Garden. It also uses a compelling story that can make you hooked. Moreover, it has the same cocktail that made Lily’s Garden engaging. The difference is that you are playing with other in-game characters, like Austin, instead of Lily from Lily’s Garden. 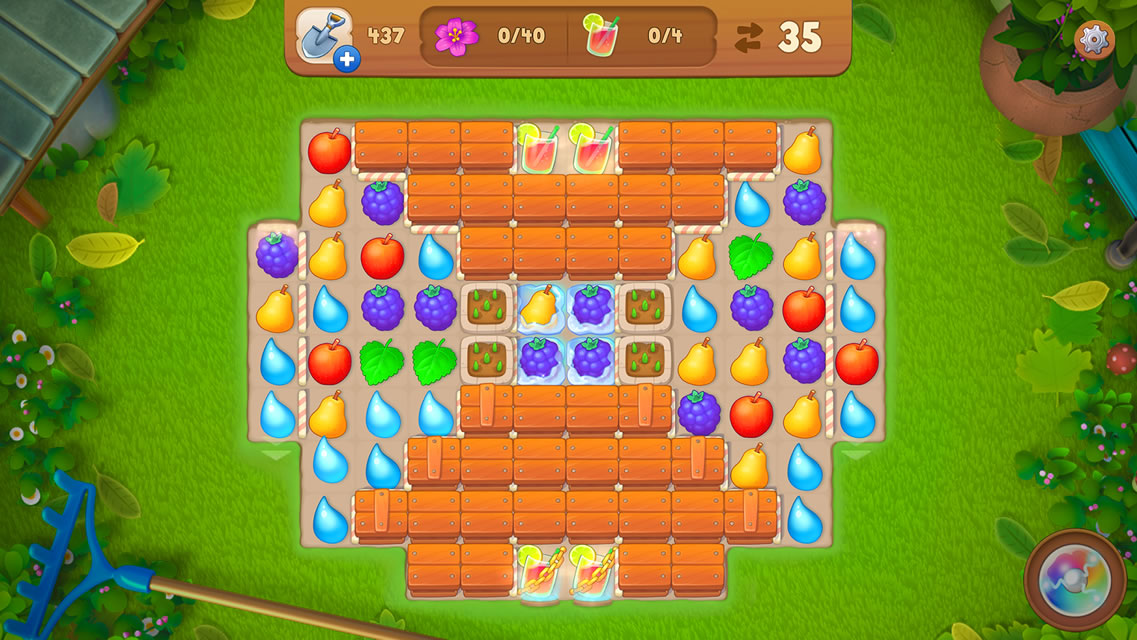 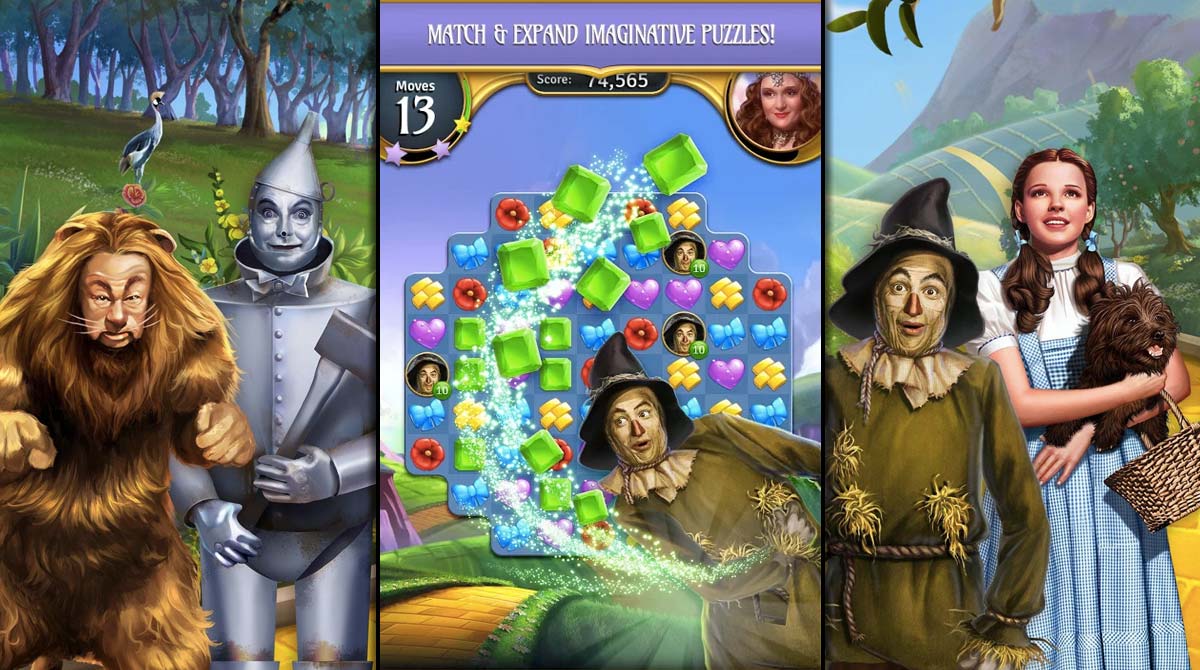 Like The Wizard of Oz Magic Match 3, Harry Potter: Puzzles & Spells also involves magic but with a touch of mystery. Additionally, it has a collection aspect to it that can also get you hooked. So if you’re a fan of the Harry Potter series and love collecting items, then this game will suit you best. 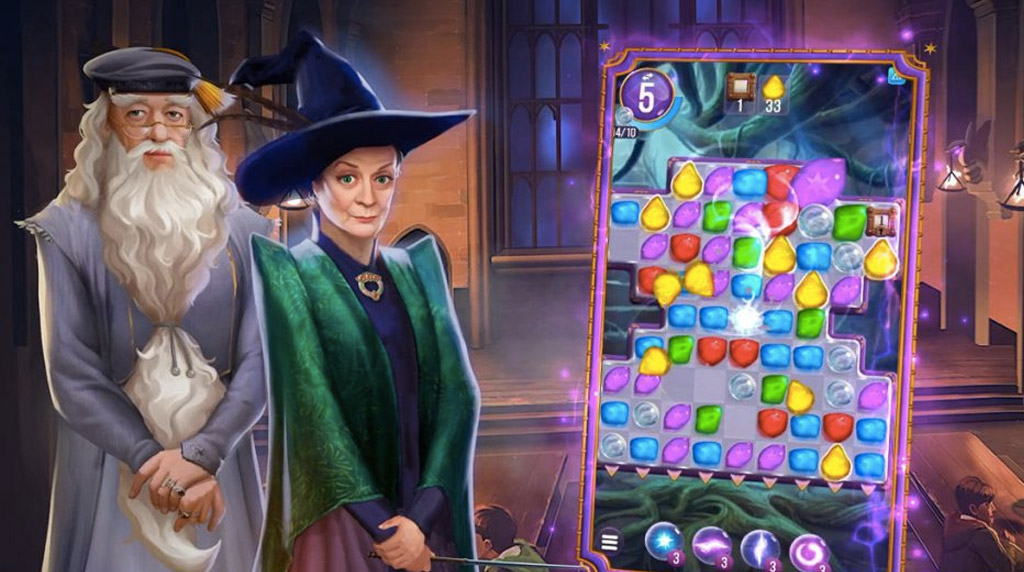 Are you a big fan of the holiday season? If so, you surely don’t want to miss Merry Christmas 2021 – Match 3! It offers match-3 puzzles, where the themes revolve around anything that’s Christmas! The best part is you can still enjoy this game even though it isn’t Christmas anymore. But to truly feel the holiday spirit, play it every day in December! 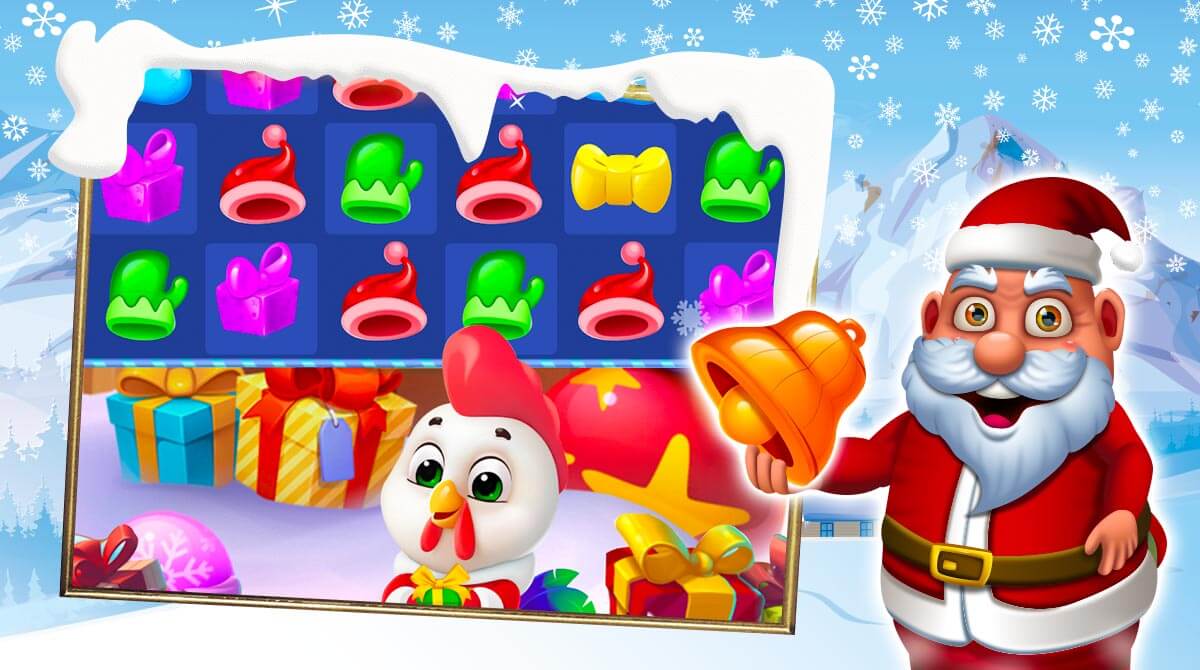 So, that wraps up our list of match-three puzzle games like Lily’s Garden. If you enjoy this type of puzzle game genre and are looking for a game theme that you like, then check out these games listed above. You might just find them enjoyable. Make sure to download these games here at EmulatorPC!