Boom Beach PC: Build A Mighty Task Force To Save The World 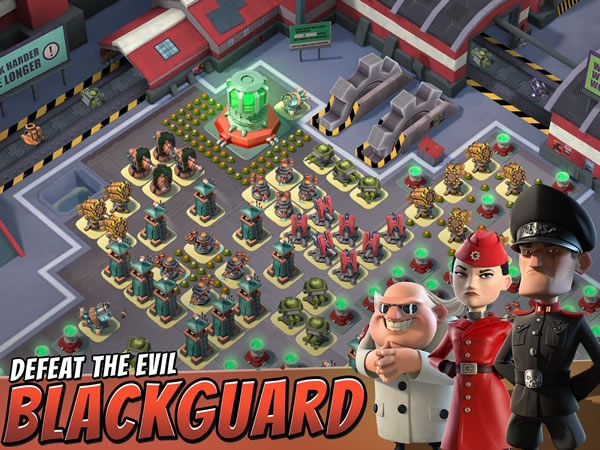 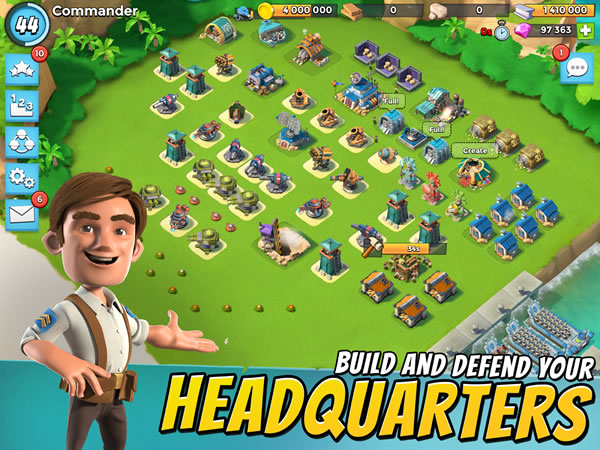 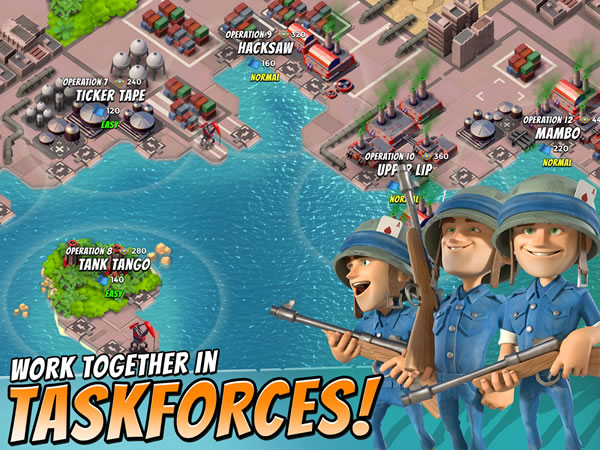 Prepare yourself for an epic battle of wits and strategy with the Boom Beach game now available free on PC. Using EmulatorPC’s patented Android Wrapping System, you can now experience those epic battles at the comfort of your computer. Say goodbye to the gameplay issues common to third-party emulators and hello to seamless android gaming on PC. Take your gaming experience to a whole new level by downloading Boom Beach PC on your computer today.

Boom Beach– for those new to the title– shares the “defend and attack” gameplay mechanics of Clash of Clans. Despite the resemblance in gameplay, Boom Beach is not a clone or a reskinned game. This is because Supercell made the effort to pack the game with a modern warfare-themed narrative, features, and original designs. Also, Boom Beach does not have a “clan” feature or any player-to-player communication system. Boom Beach also employs the use of a binary loot system. It means that players must destroy the headquarters to achieve 100% loot or nothing at all.

Boom Beach PC is the unblocked PC optimized version exclusively offered by EmulatorPC. If you are new or a veteran Boom Beach player looking to play the game on your PC, then this is the version for you.

The Most Powerful Military Task Force

To play Boom Beach on your PC, you need to download and install the version featured on this page. just follow the download instructions on this page and you are good to go. Moving forward, the game will take you straight to your island right after you open the application. Like any other games out there, the game will ask you to input your username followed immediately by the tutorial phase. The main tutorial in Boom Beach provides interactive instructions on the basic mechanics of the game. The tutorial will teach you about the basics of defense, base-building, troop production, resource management, and offensive strikes. A quick tip: it is highly recommended for new players not to rush the tutorial phase to avoid being stuck in the future.

To that end, now that you already know the basic mechanics of the game, it’s time to put your learning to the test by downloading Boom Beach PC on your computer today.

Enjoy more epic battles by downloading awesome mobile games on PC. Use our EmulatorPC to play cool titles like Kingdom Rush or Heroes Arena. Never deal with unresponsive controls or limited specs. Play games on your PC for the ultimate experience! 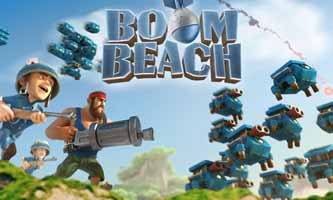 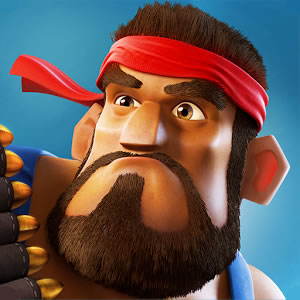 All Boom Beach materials are copyrights of Supercell. Our software is not developed by or affiliated with Supercell.