GYRO PC: Play The Fun Hyper-casual Spinner on Your Desktop

Ironically, the most interesting games are not backed by AAA studios. You can even find the most entertaining titles in the most obscure corners of our beloved internet! One such game is GYRO, a game developed by the indie studio SUBPIXELS.

GYRO is a hyper-casual game that will cure your stress in the blink of an eye. There’s a catch though – once you get addicted to GYRO, there’s no coming back! Worse, there is no other game like it, so you will only have GYRO to scratch your itch!

The name of the game itself gives the concept away – it’s a game about spinning ‘round and ‘round! Moreover, it’s is simple enough for the images to tell you the entire gameplay! But, you should stay tuned to see all the features of the game.

There are already millions of hyper-casual games you can find randomly lying around on the internet. Nevertheless, it is rare to find a hyper-casual game that is as addicting as the great Flappy Bird itself. This is where GYRO comes in.

In GYRO, your goal is to spin the wheel and catch all the falling balls. Although the premise sounds easy, all hell will break loose once multiple balls start shooting from nowhere! To up the challenge, you should also make sure that the balls will land on the section of the gyro with a similar color. GYRO is challenging enough to make you come back for more. Also, it provides satisfaction as you break your high score and play again to set the bar higher!

The game’s small download size is not a work of otherworldly magic. Instead, it is a side-effect of GYRO’s simple yet vivid color scheme. Everything is composed of low poly and monochromatic sprites. Thus, your eyes can easily interpret and appreciate everything that happens on the screen! The game’s simple visual effects are welcome additions to a game that requires a high visual acuity. Yep, no more teary eyes for your midnight gaming session!

The core gameplay of GYRO desktop is compelling enough to warrant replayability. However, the devs want to throw in more varieties into the game. Hence, they created a plethora of modes that give a twist to the classic spin-the-wheel gameplay. For instance, it boasts a time attack mode where you have to survive all the balls in a given amount of time.

There may be no such thing as “Gyro Multiplayer”, but GYRO’s leaderboard provides a sense of community and leader board. Couple the leaderboard with the sheer amount of achievements and you will have hundreds of ways to press your claim as the GYRO PC king.

Each mode has its leaderboards, so the competitive gameplay will be retained despite the modes. Moreover, the game has a fair yet intricate anti-cheat system, so no GYRO cheat can topple your skills. Whether you want to continue your progress from another device, the cloud save feature is here for you. GYRO’s cloud save will let you continue your progress anywhere as long as you have a computer with you. Thus, you can always keep on attempting to break your scores even if you are at home and work!

GYRO is free to download and play. Download our EmulatorPC for an optimized PC gaming experience. Then get a chance to play other awesome video games like Johnny Trigger or Cooking Fever! 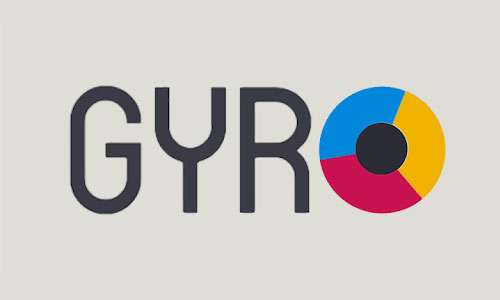 All GYRO materials are copyrights of SUBPIXELS. Our software is not developed by or affiliated with SUBPIXELS.