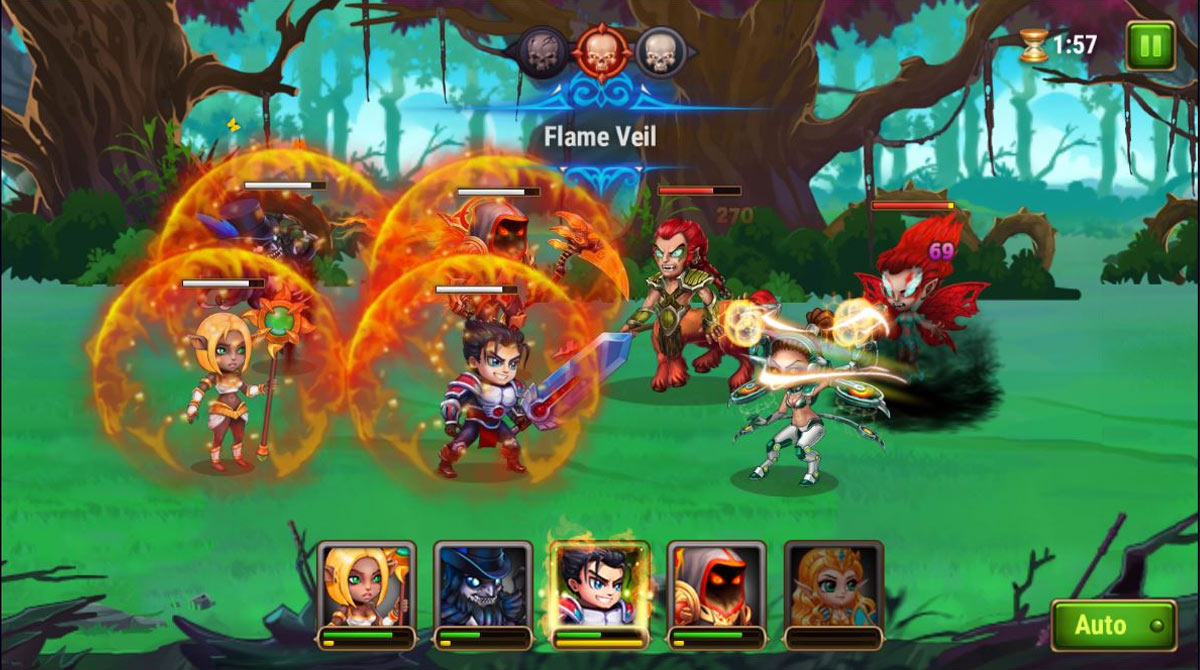 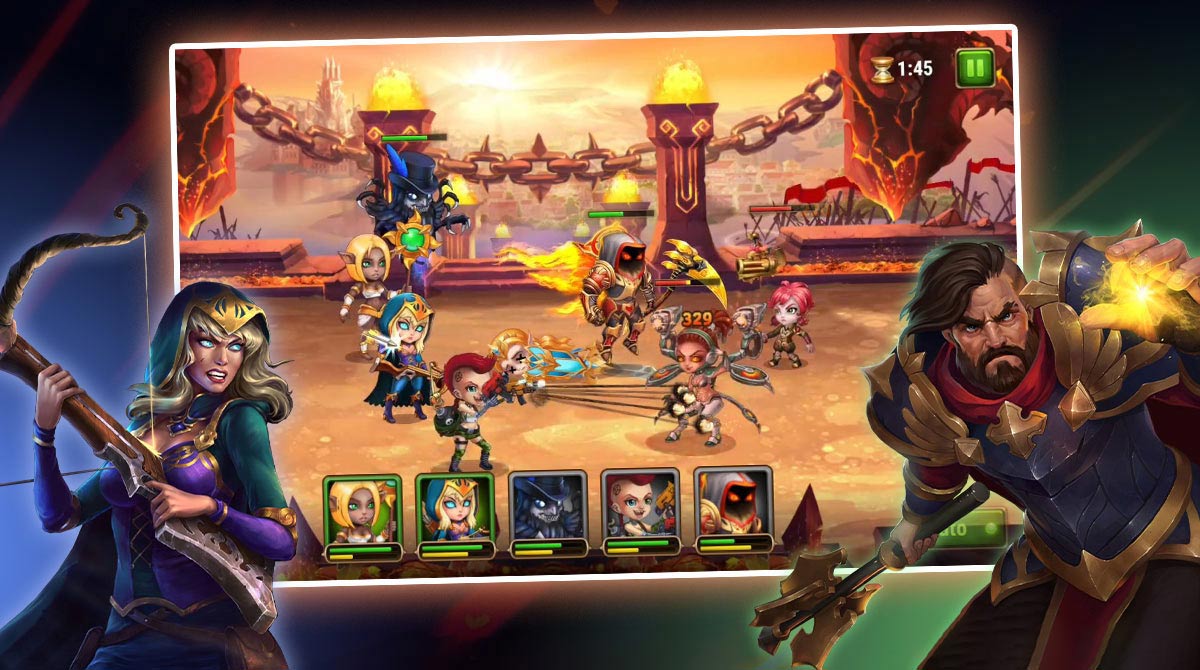 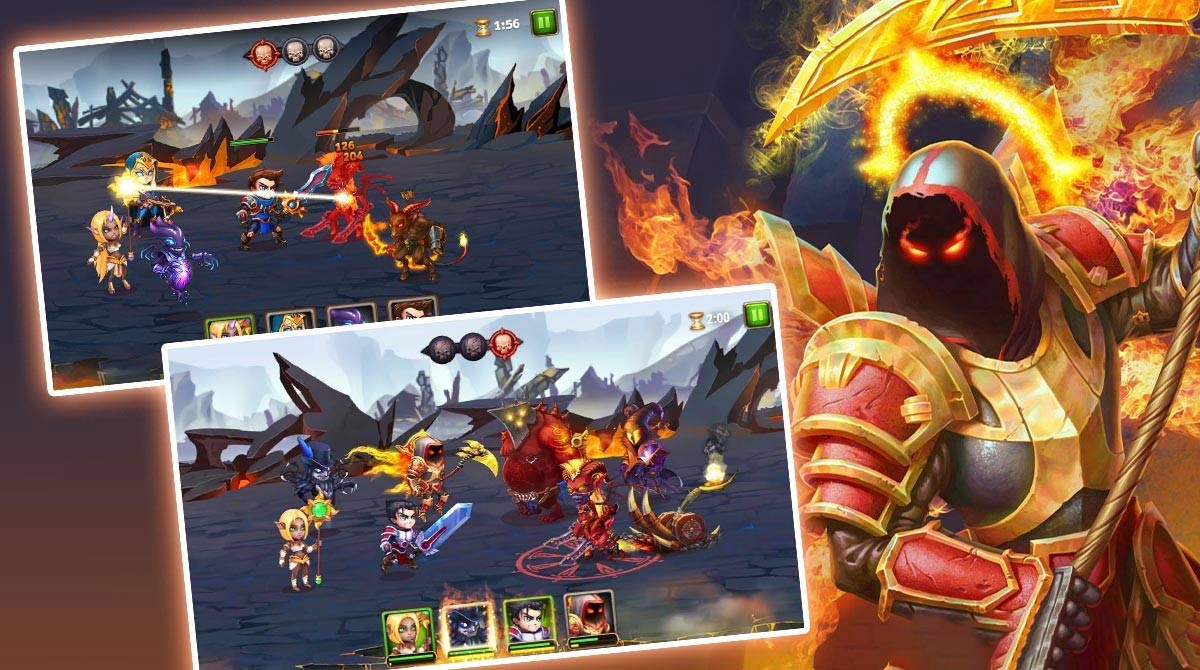 In the land of Dominion where chaos is normal, the prophecy says that a great hero will come. This hero will be the greatest of them all. He will be powerful enough to defeat the evil that came from hell. However, before he becomes the greatest of them all, he will face many obstacles. He will fight hellish bosses. He will summon other heroes to join him in his quest. And when hope is lost by defeats, he shall rise to power and save everyone in this land. Does this sound serious to you? Well, it should. In order to become the mightiest hero that ever lived in the land of Dominion, you must feel the heroism of it all. In Hero Wars – Hero Fantasy Multiplayer Battles PC, you are now the hero that will save this cursed land. Your mission is to become highly skillful to defeat the enemies that are reigning this world.

Along the way, you will also have a chance to collect some allies and even build a guild to aid you in your mission. After all, who goes to the mission of doing good alone with no backup. Heroism is tough work and you will need help because you cannot do it alone!

A story of heroism always begins with a hero. An idealist, brave, and hopeful one. However, try as this hero might, this hero will never last without help. This is where other heroes will come in. They will be present to hit enemies when the hero must have taken too many punches. They will come to the rescue for the sake of the battle being won.

You will start the Hero Wars – Hero Fantasy Multiplayer Battles game as Galahad, a hero who has the capacity to rain powerful swords to defeat his enemy. He looks quite cocky and sometimes, too confident for his own good. But he has the purest of hearts and will do anything to save Aurora.

As you progress in the game, every mission will unlock a new hero that will help you as best as they can. They are sorcerers who cast spells. They could be ex-demons who now joined the cause to fight for the good in the Land of Dominion.

As you collect every hero, you will also encounter powerful beats who will stop at nothing in order to see you fail. Since this land has been corrupted, expect that your heroes will also start as foes. Turn them and make them see the light of heroism!

Do not get too wrapped up in the idea that you will win just like that. Collecting heroes along the way is not a guarantee to win the Hero Wars – Hero Fantasy Multiplayer game. As the power of your guardians grows, the evil’s power to inflict damage grows stronger too. Now, since your heroes have different abilities and surprising ultimate power you must use them wisely. These super attacks bring so much power that they need to regenerate after use.

In Hero Wars – Hero Fantasy Multiplayer Battles PC, your ability to escape alive will be tested in bonus rounds. Guide Galahad on what to unlock: is it the barrel? What if arrows will suddenly shoot you? How about the lava and the gold? How can you get your sword? If these questions thrill you, then you must play this game because the fun never ends. And for more games like this, check out Final Fantasy XV: A New Empire or Garena AOV! 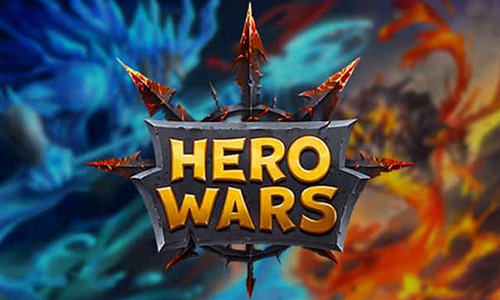