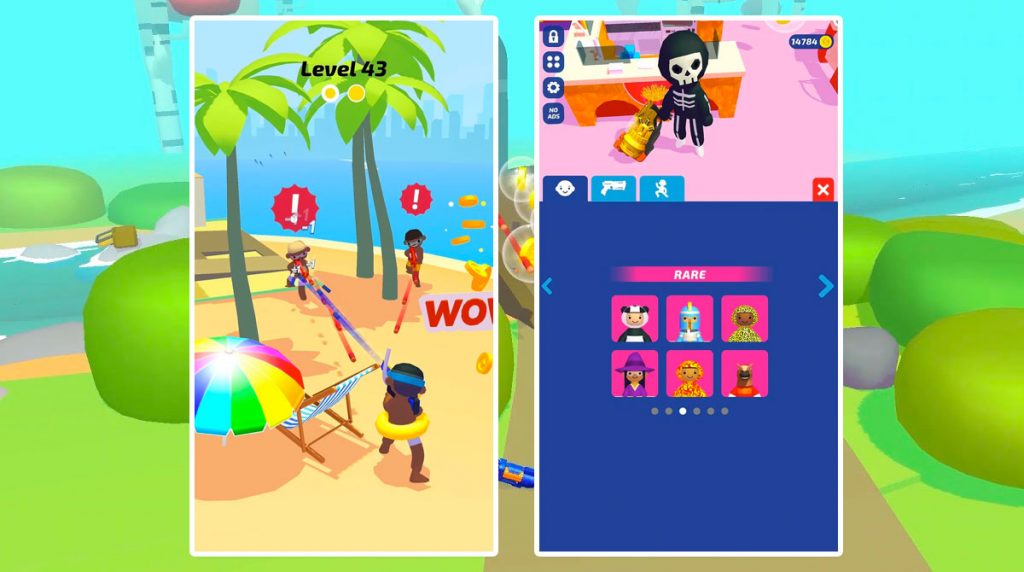 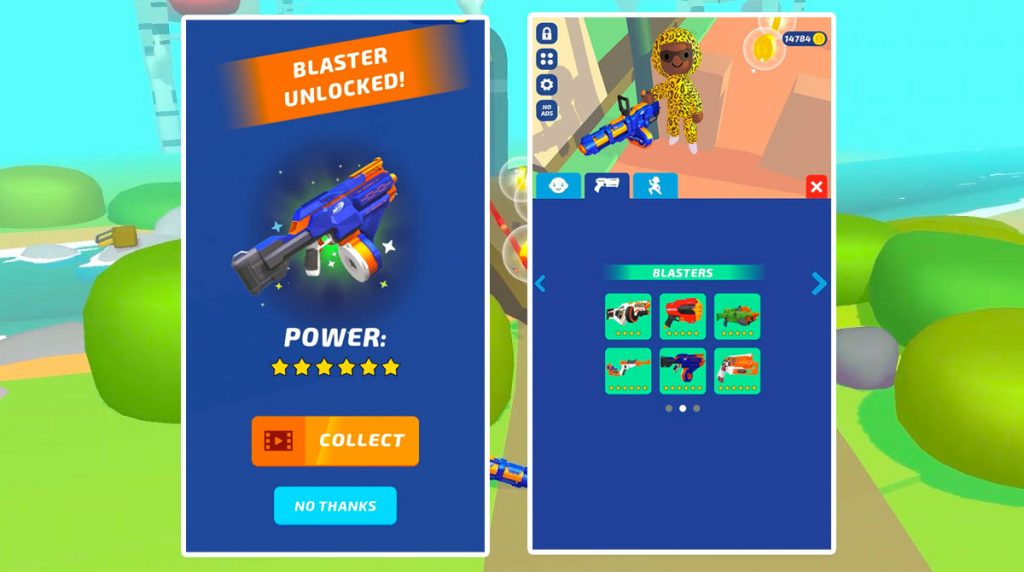 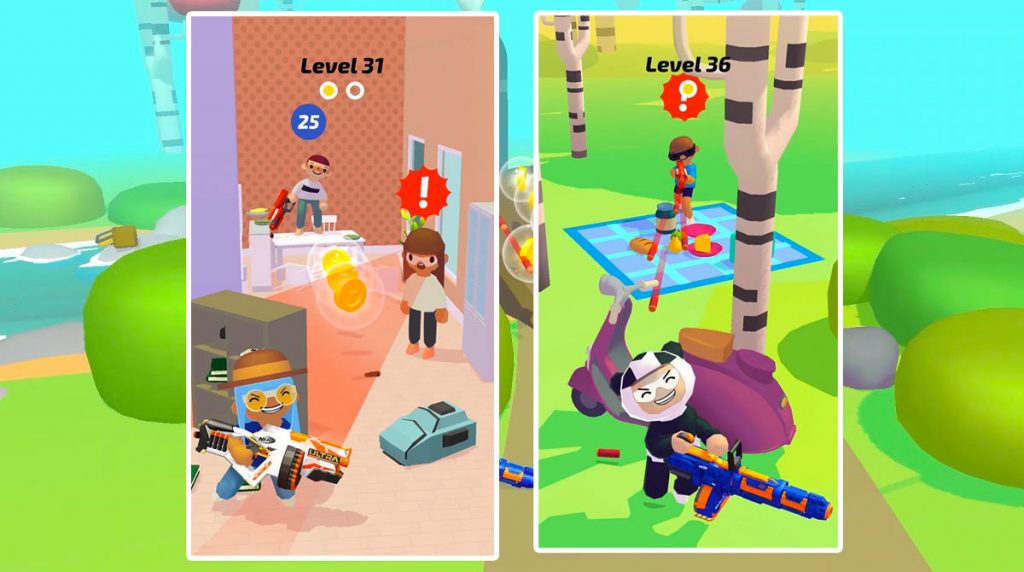 NERF is one of the most popular toys for kids these days. They’re toy guns but bigger and better. The better term for them is NERF Blasters. But you don’t have to worry because they use non-painful bullets. After all, these are designed for kids. However, if you also miss playing with your NERF Blasters, don’t worry because you can still enjoy it through this fun video game called NERF Epic Pranks! by HOMA GAMES. Here, you get to go on a NERF Battle with your friends.

If you want to play the nerf pranks game on your PC, the only thing left to do is to download this action game here at EmulatorPC. Get it for free now and join a battle of your lifetime.

Go on an Epic Shooting War in the Nerf Pranks Game

The nerf pranks game is pretty easy to play. First, you have to hold down to start blasting your NERF Blaster. Then, it will automatically aim at the person you’re hiding from in the room. There’s a number at the top of their heads, which will lessen each time you hit them with your NERF bullets. Moreover, the game’s main objective is for that number to reach zero to win. In this NERF battle, you need to make sure that they don’t spot you. So, make sure to hide well before your targets see you.

There are plenty of levels you can explore in the nerf pranks game. Make sure to tag them all in the greatest prank of all time. You can become the ultimate prankster by unlocking all the NERF Blasters available. You can also unlock various skins and characters to make the game more wonderful and immersive. Do you want to play as a Ninja? Maybe you want to be a Cowboy? Well, you can be anybody you want to be in this action game. Finally, you can also battle and prank in excellent arenas.

What are you waiting for? Start pranking in this nerf pranks game. Become the most undefeated prankster and use the best NERF Blaster to blast your enemies away. So, play this action game now and enjoy it at the comfort of your home through EmulatorPC.

If you’re looking for other action games to play, you can also check out Boom Slingers and Suspects: Mystery Mansion. These games are all free to download and play on PC with EmulatorPC. 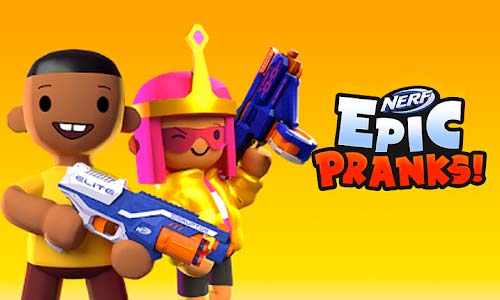 All NERF Epic Pranks! materials are copyrights of HOMA GAMES. Our software is not developed by or affiliated with HOMA GAMES.