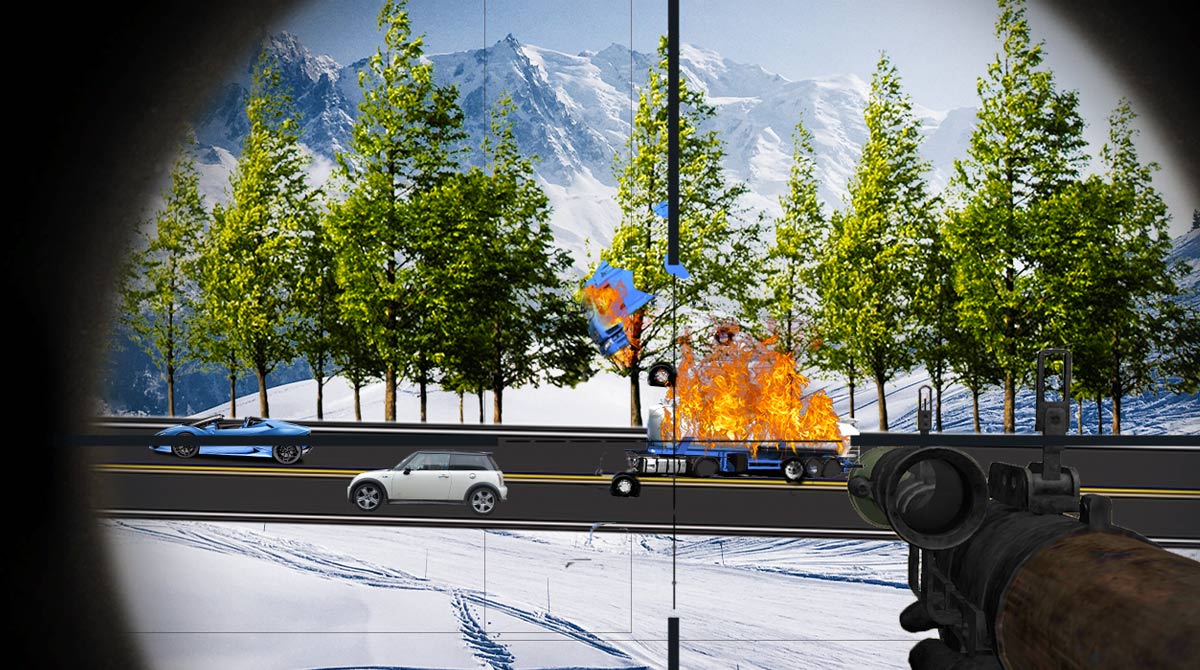 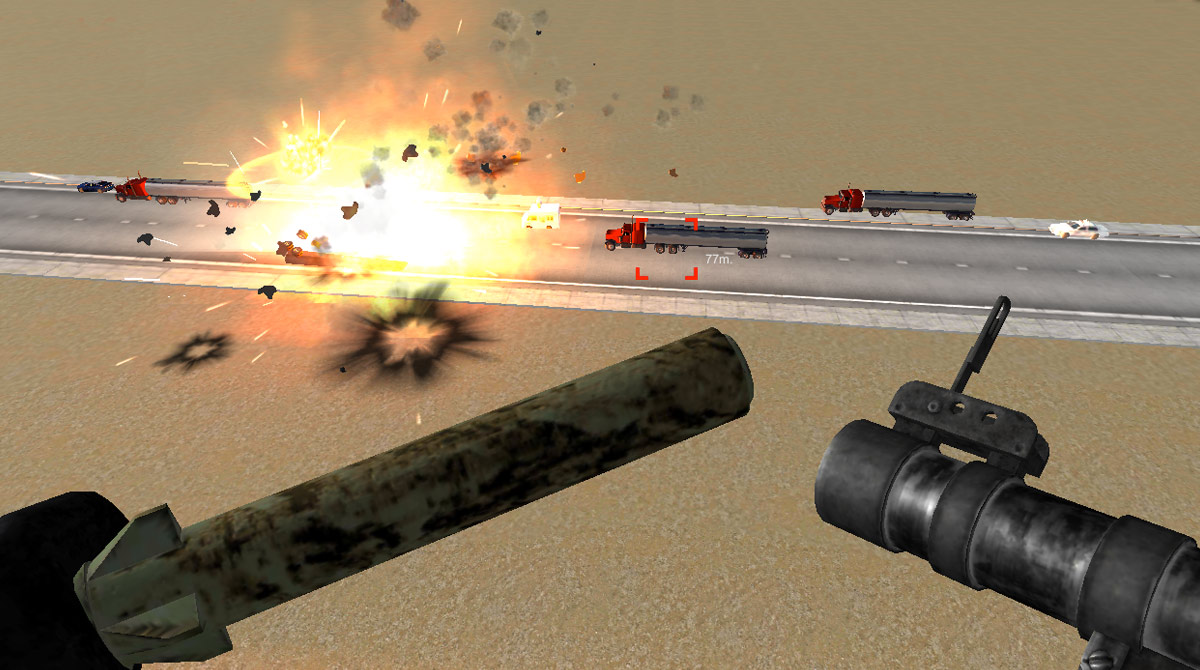 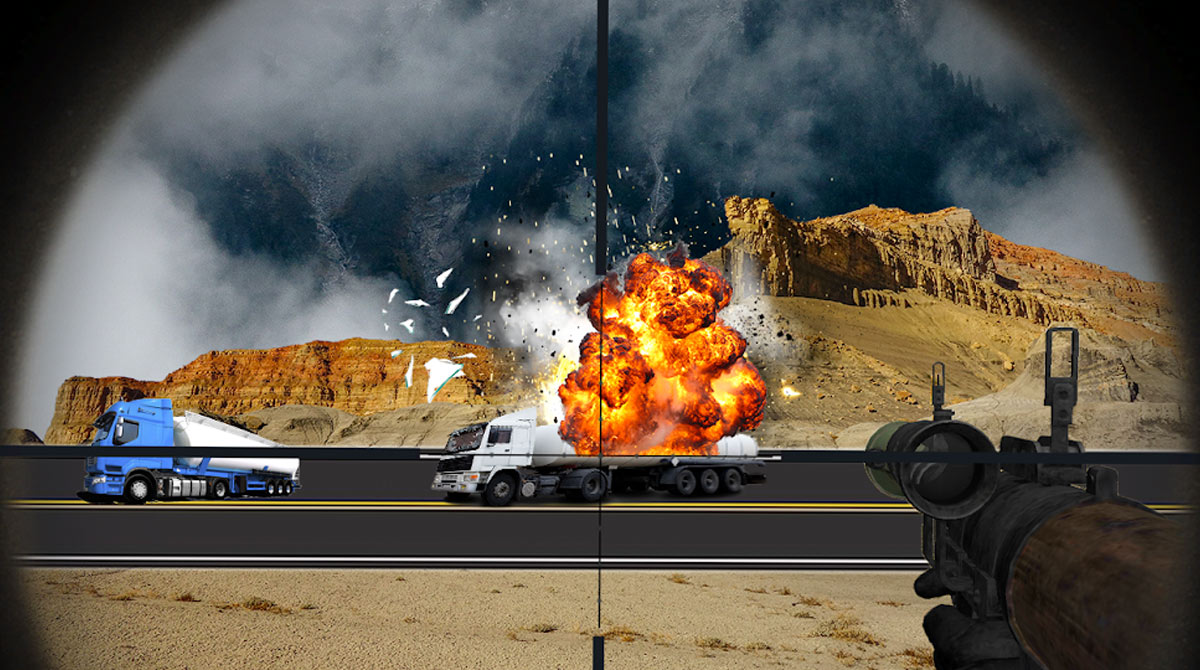 There are likely many times when you just want to go on a rampage and just blast things away. This is especially true when you’re driving where tempers tend to always be on the short end. Of course, that’s not allowed and you’ll likely end up dead or, at the very least, behind bars for a long time.

Well, we can’t have that, which is why this game is perfect if you just want to vent out. It’s titled Rocket Launcher Traffic Shooter, an action shooter game published by Stone3DGames.

It’s a game where you just blast away passing vehicles using your rocket launcher. That’s right, you use a rocket launcher here instead of guns. Let’s discuss in more detail the gameplay of this shooting game so you’ll see how fun it can be.

When you play Rocket Launcher Traffic there is only one thing you need to do, blast vehicles. That’s right, you just blast away the vehicles that pass by on the road using your rocket launcher. But why would you do this? Well, just for the heck of it. There’s no underlying reason or noble objective to blast away vehicles. You just do it, to let loose and enjoy the fireworks.

If you’re not good at aiming, don’t worry since you’re using a tracking rocket launcher. This means your rocket will go to the target it is locked in when you shoot. And it’s not like this game won’t provide some challenge. At each level, you’ll have a target score you need to achieve.

And there will also be time limits on that level. This means you need to score the needed points before time runs out to move to a new location. It’s an interesting action shooter that you’ll enjoy playing. Let’s discuss in the next section how the game is played, so you’ll have more understanding of it.

The gameplay and controls of this action shooter game are very simple and easy to learn. You only have one button here and it’s the Fire button. When you press it, you’ll launch the rocket and it will automatically go to the locked-on target. There will be a small crosshair, to lock on your target. Just pass the crosshair on a vehicle and it will lock on and you fire.

As mentioned earlier, you’ll have an objective score to reach to complete a level. You score 10 points for each vehicle destroyed, so you’ll need to destroy many vehicles to reach your score. The score tends to increase as you progress in a level. You also change the location for each level. You can destroy more than one vehicle with one shot, but they need to be close to each other. It’s a fun and simple game that can help you release some tension and aggressiveness.

Features of the Shooting Game

If you enjoy playing this shooting action game, then you can also try Dead Paradise Car Race Shooter, another shooting game that involves vehicles. You can also check out Sniper 3D Game, where this time you use a sniper rifle and you shoot bad guys. 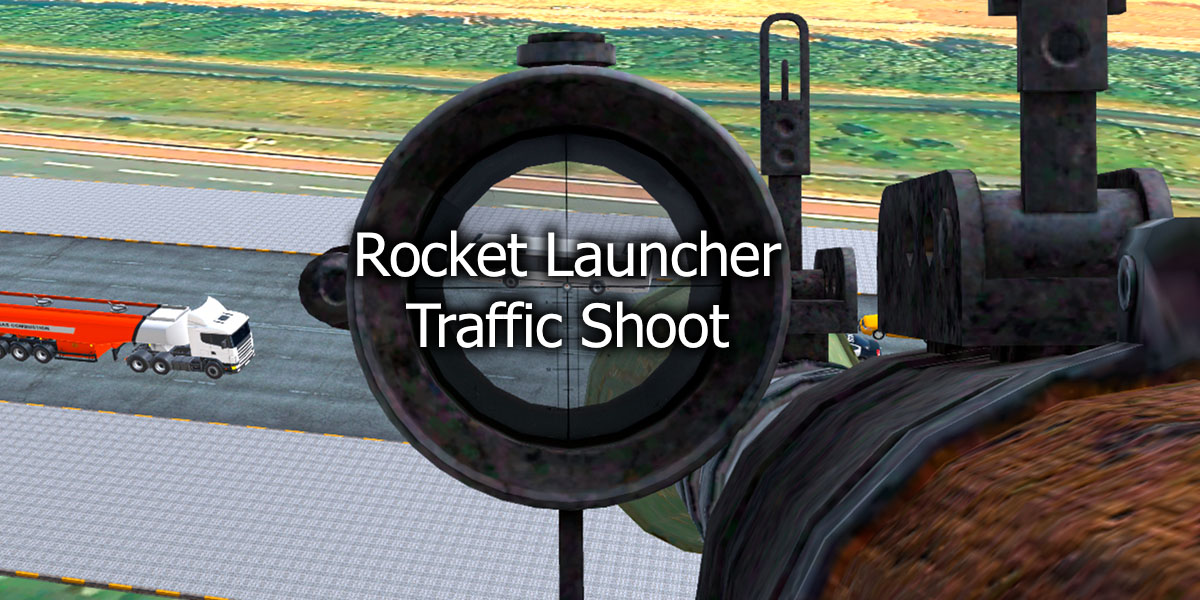 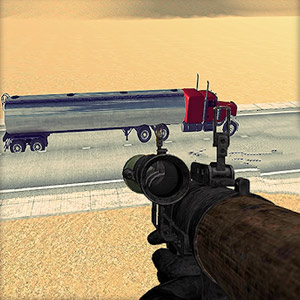 All Rocket Launcher Traffic Shooter materials are copyrights of Stone3DGames. Our software is not developed by or affiliated with Stone3DGames.