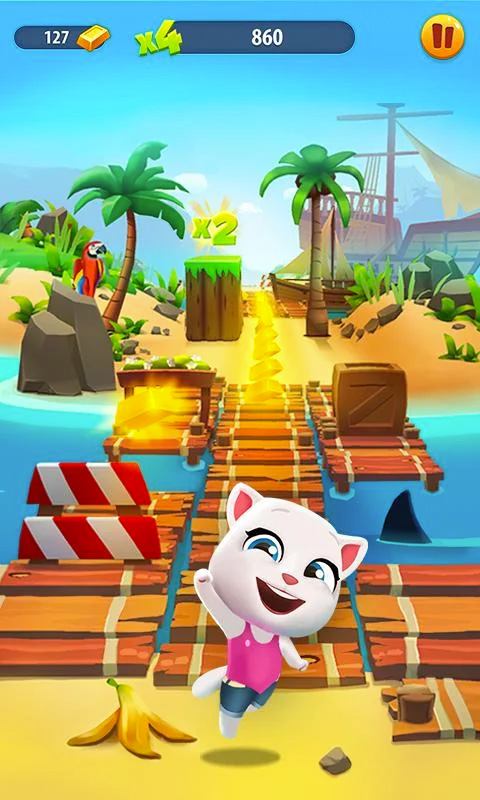 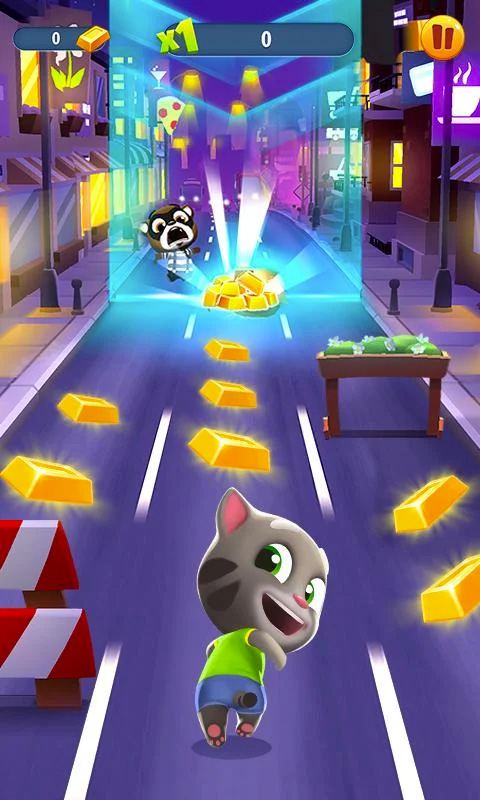 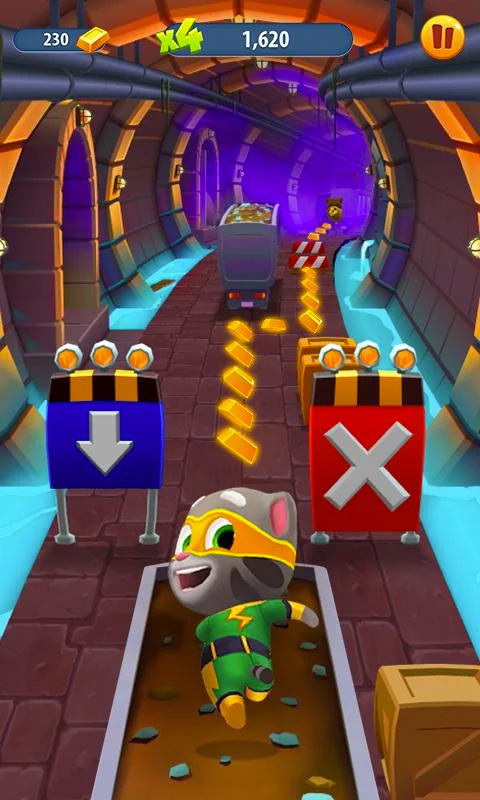 Talking Tom Gold Run is an exciting action game to play with, especially if you are a fan of My Talking Tom and Friends. There are games and cartoons created from these witty characters in which people love so much. This endless running game needs focus as one wrong move can end the run right away. The game is all about your character chasing after the bad raccoon for stealing the gold bricks. It is your task to catch the sly thief and collect some bricks along the way. To join in the run, download Talking Tom Gold Run on PC today!

If you have played Talking Tom, you will be familiar with the different characters in the game. Talking Tom Gold Run is all about getting back the gold stolen by the evil and sneaky raccoon. By running and racing, you will be able to recover the gold bricks and use it to build homes. The game starts with your character on an endless running path. You need to pay attention to the things you see as you run. Move your character across the lanes as they will just continuously move forward.

So as you run, collect as many gold bricks you see. There are power-ups scattered all over the path that’s why it is best to have a good view on all the lanes. Power-ups help your character have some boosts. There are special zones such as tunnels in which you need to pass through and you get rewarded with gold bricks once you are out. The cool thing though, you get transported to a new location. The goal of the game is to survive until the end amidst the obstacles. There will be boss battles in Talking Tom Gold Run and if you win, you get diamonds for all your efforts.

Even more, if you catch the thief, you are also rewarded accordingly. With all the gold bricks collected, you get the chance to upgrade and build homes. You also unlock different characters and check out its home. There is also a treasure chest for you to click on. These chests give out special stuff so don’t neglect them as you do your run.

Excited to run more? It’s time for you to check out and download Subway Surfers on your screen! Catch more coins and adventure as hit you hit the train with all the characters available. Get it here now all for free! 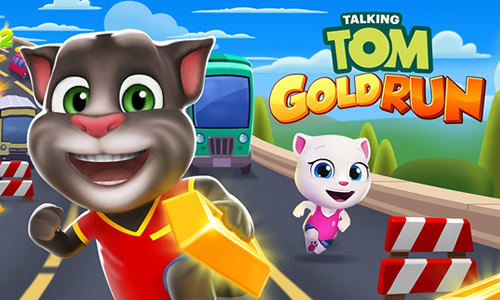 All Talking Tom Gold Run materials are copyrights of Outfit7. Our software is not developed by or affiliated with Outfit7.