The Best Farming RPGs That You Can Play On PC

Most people will expect it to feature epic adventures, action-packed battles, and awesome storylines when it comes to role-playing games. Well, that’s not always going to be the case. Some RPGs are more casual and subtle to play. These are the RPG farming games where instead of battling enemies, you plant and grow crops. Instead of going on epic adventures, you go on building epic farms.

Compelling stories will still exist since many of these farming games also come with great stories. You might be wondering, though, are there good farming RPGs available to play? Well, you’re in luck since this blog post will list down five great farming RPGs you can play on PC. So, let’s get started!

One of the best farming RPGs you can play is Harvest Town. It’s a game where you play the role of a character who got their wish to go back in time before leaving Harvest Town. What’s great is that the game incorporates many elements of RPG where you can interact with people, explore around, and complete quests. In this game, you get to build your farmhouse, raise various animals, plant different crops, and so on. 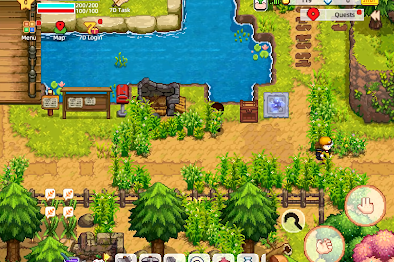 You will feel like you are playing an RPG, except it’s more casual where the main focus is on living the rural life. This game is also a multiplayer game, which means you can interact with other players. You can negotiate and trade with them, providing for a robust online marketplace. It’s a fun game that you will enjoy.

Another great farming RPG is Town Village: Farm, Build, Trade, Harvest City. In this game, you play the role of the village mayor or chief. And as the head of the village, it’s up to you to build, upgrade, and manage your village. The great thing about this game is that you’ll mainly start from scratch. This means you have the freedom to design and build the village of your dreams. 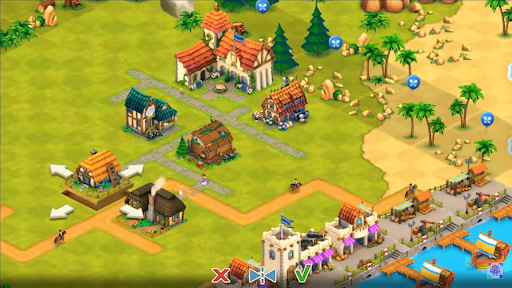 You have to make sure your village will provide everything that the people will need. You won’t be able to attract new residents if your village lacks the necessary establishments and buildings. Once your village is bustling with people, you’ll have more income coming in, allowing you to upgrade further and improve your village. It’s a fun game where you get to build and manage the village of your dreams and turn it into a city.

If you’re someone who’s sick of living the same routine life of waking up, going to work, and then going home, then try Pocket Pioneers. It’s a simulation RPG where you play the role of an individual who’s looking to live a new life as a Greenhorn Pioneer. You got fed up with the routine day you have in the city, so you want to start fresh and live in a more rural setting.

This game’s great because it’s also multiplayer, which means you’ll be playing with other people in real-time. You can make new friends and ask for assistance in building your new home and farm or just exploring the area. You will also have various quests to complete, which usually includes orders from the locals about the crops you’re growing. It’s a farming RPG that you will enjoy playing.

If you prefer playing a more passive adventure game, then try Tsuki Adventure. It’s a game where you play the main character Tsuki, a lonely rabbit and stressed in his life. But that will all change when his late grandfather left him the carrot farm in Mushroom Village. It’s a chance for a new beginning that Tsuki took advantage of and resigned from his stressful and thankless job. 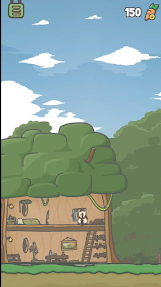 Though Tsuki is an animal, he is not a virtual pet you will need to take care of. He will do things independently, so don’t be surprised to catch him doing something whenever you play. But you will still have to do things here like harvesting the carrots and buying items that Tsuki will need. It’s a fun and relaxing game to play that will let you experience a rural and simple life.

The last on the list, but certainly not the least, is FarmVille 2: Country Escape. It’s a casual RPG where you inherited a farm from your grandparents. But the farm is in terrible shape, which means you’ll have to restore it to its former glory. This would mean repairing or renovating old homes and buildings, redecorating the place, and even building new buildings. Then you also have to plant crops, harvest them, and even take care of animals. Your overall goal is to reestablish the farm and make it profitable. It’s a fun game where you get to experience what it’s like to own a farm. 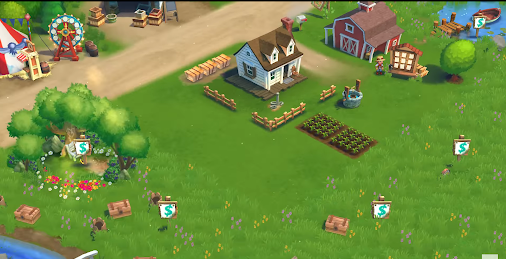 Farm RPGs are entertaining to play. They may not have action-packed battles, but they’re still fun regardless. And if you’re looking for the best ones to play, you can start with the list we provided here.