Whether you’re an avid fan of restaurant games or you are an RPG player, Food Fantasy never ceases to amaze everyone. This food-personalized RPG developed by Elex will take you into a world of a virtual restaurateur. Like other RPGs out there, the game offers a relaxed gameplay experience that you will like. This experience encourages many new players to add this game to their favorites. Making this game more preferable to other restaurant-related games.

Running a restaurant in Food Fantasy is only possible with the help of its characters who are called Food Souls. They got their names after the food elements in the game. Each of the Food Souls has its unique abilities. To leverage their abilities, you have to create an effective team out of them and gain an advantage over your enemies. There are 80 Food Fantasy Characters to choose from which you can form a team called a combo. With the combo, You can send these combos into the battle to gather loots for your restaurant.

In this article, we are providing you with the most popular combos of Food Fantasy characters. They are just a part of 80 total characters, but choosing them wisely will give you a competitive advantage. Though you can create your combo to play the game, the suggested combos here can help you in advancing effectively. Feel free to use them as you play this immersive game. So, without further ado, let’s know about the following most popular combos. 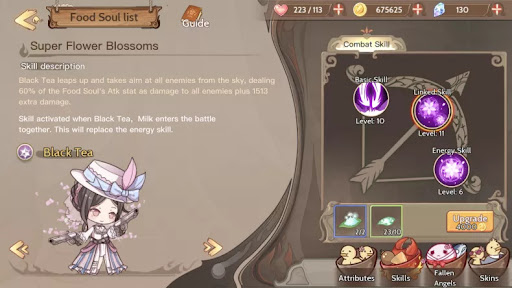 Now that you are familiar with the list of Food Fantasy characters and have the most popular combos, it’s time to put them to the test. Though these combos cannot assure the effectiveness of your performance in the game, they are helpful suggestions. After all, it’s up to you as a player to be successful in every aspect of this game. The list can only help you in forming your powerful teams. Therefore, considering other approaches is a sweet take, especially when there are new additional characters.

Play Food Fantasy on your PC today. For more information about this role-playing game, stay tuned here in EmulatorPC.