If you love cats and want to own lots of them, no matter whether virtually, Neko Atsume is a good casual game of choice. Within the game, you can own a large number of cats, even some unique cats that have different variants. Some of them are rare and some of them are special. You can pet them as a hobby and keep them in your yard.

Each of the cats will display their playfulness and uniqueness from each other in the game, too. Interestingly, owning and petting these felines inside your yard feels like petting a real cat. The only difference is that it is virtual. But its similarity to owning a real one is that you can feel the cats’ fluffiness by using your sense of sight.

Through the Catbook, you can also indicate if a cat is about to come whenever you see its marked silhouette in the Catbook. So, the Catbook is a vital guide for it is where you can base your ways to understand and lure the cats and play the game. 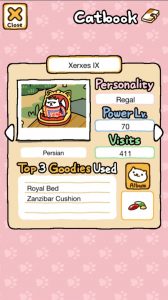 There are currently 66 cats in Neko Atsume, and 22 of them are considered rare. Moreover, there are some cats that are not considered very rare but are considered “special cats.” This definition is under the impression that special cats act in a unique way to their object of interest. These rare cats also exhibit certain characteristics and unique ways of petting. In this article, we will focus our attention on selected rare cats and suggest ways to attract them successfully.

The rare cats in Neko Atsume that we are about to discuss are Joe DiMeowgio, Xerxes IX, Chairman Meow, and Saint Purrtrick.

The first rare cat in the Catbook is Joe DiMeowgio or Tatejima-san in Japanese. The most notable feature of this cat’s appearance is his attire which is based on the Japanese baseball team, Hanshin Tigers, one of the oldest professional baseball clubs in Japan. 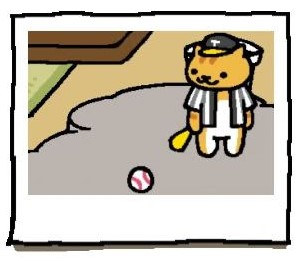 The name of this rare cat also resembles the very name of Joe DiMaggio, a baseball player for the New York Yankees. It also has similarities to Fred, the orange cat, except with its white underbelly. The only contrast is that even though it has the looks of a baseball player, it doesn’t play baseball. Rather, it only stares at it.

Another popular rare cat in Neko Atsume is Xerxes IX which got its name after the Persian King Xerxes I. However, unlike in Persian history, there is no Persian king called Xerxes IX that ever existed. Instead, the suffix “IX” is based on a common belief that cats have nine lives, thus the number 9 or IX symbol. Its resemblance also got its inspiration from a Persian cat wrapped in a Persian carpet. 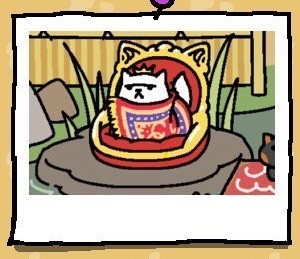 Chairman Meow is also a rare cat in Neko Atsume. Its fur has a soldier-related theme with a camouflage pattern. Also, Chairman Meow’s name is referenced to the name of Mao Zedong, the first Chairman of the Communist Party of China. 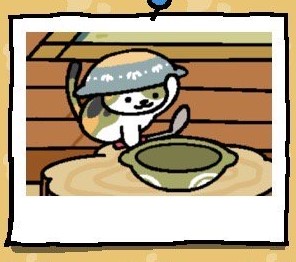 Saint Purrtrick is another rare cat that is named after a popular personality, Saint Patrick, a patron saint in Ireland. One distinct feature of this rare cat is its glowing eyes and two tails. This feature is an allusion to the Japanese supernatural cat, Nekomata. It is a cat yōkai in Japanese folklore, a creature with spiritual powers.

It also fits with the folklore theme as its Memento (a treasure given by a cat as a proof of friendship), Magatama, is a jewel of primitive stone in prehistoric Japan. 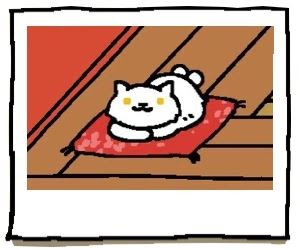 Saint Purrtrick also uses the concept of sacredness in its description and its name justifies that. Another characteristic from which it derived sacredness is its awe-inspiring personality. This rare cat also shows an ethereal appearance thus the use of its English name derived from Saint Patrick of Ireland. 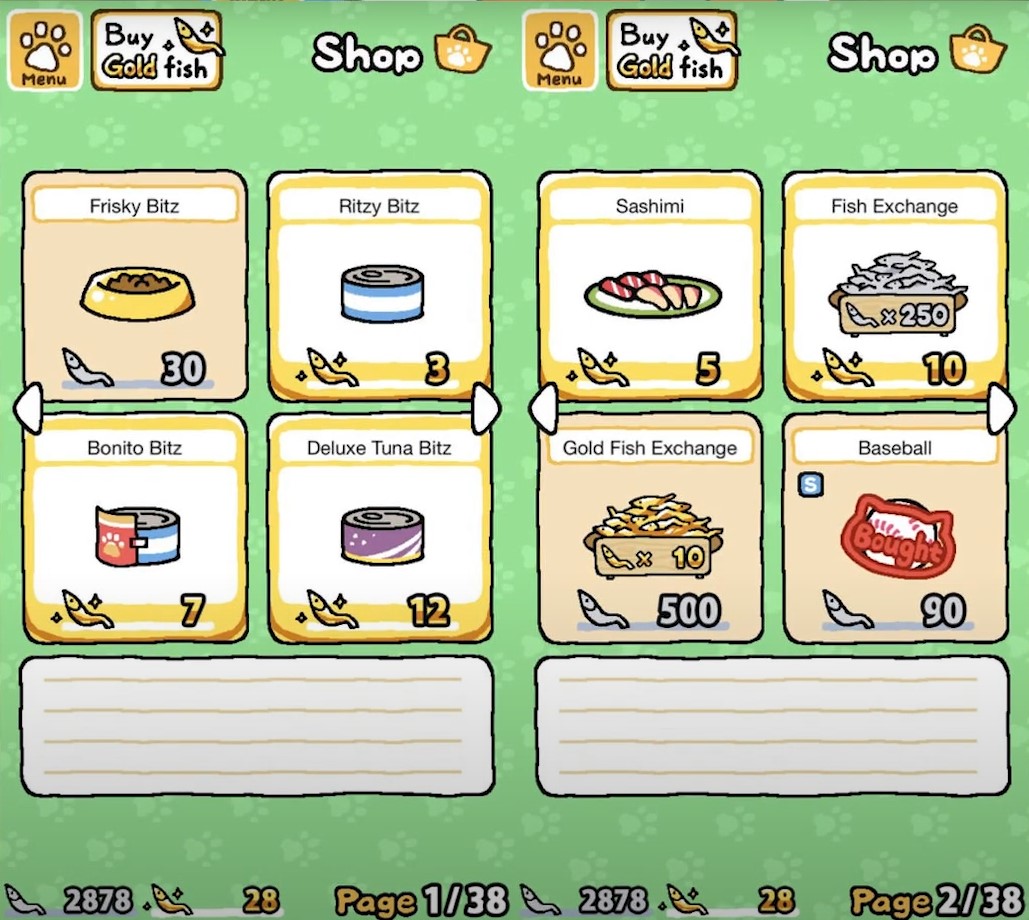 Firstly, Joe DiMeowgio’s appetite includes Thrifty Bitz, Frisky Bitz, Sashimi, and Sashimi Boat. Xerxes IX also runs on the same appetite as Joe DeMeowgio. However, while Joe DeMeowgio’s favorite goody is baseball, Xerxes IX is fond of Zanzibar cushion and Royal Bed. Meanwhile, Chairman Meow’s favorite foods are Bonito Bitz and Sashimi, while his favorite goodies are Earthenware Pot and Sunken Fireplace. Saint Purrtrick, on the other hand, feeds on Thrifty Bitz and Sashimi Boat. As well as it plays on its favorite Silk Creme Pillow and Kokatsu.

While these are suggestions that attract them, other options are still available. You can all view further details about their likes in the Catbook.

Other Neko Atsume Rare Cats in the Game

There are eighteen other rare cats in Neko Atsume, each with its own identity. Though each of them holds unique characteristics, you probably confuse them with the “special cats” in the game.

Such cats are like Peaches. This cat is one of the most seldom spotted cats in the yard and is classified as a special cat rather than a rare one. One of main reasons why Peaches is hard to lure is due to its fickle or capricious personality. However, attracting this cat’s attention is not entirely impossible. 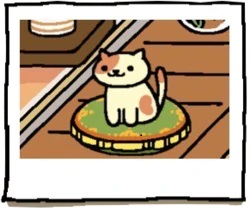 One tip is to first expand your yard. Then, add a big cushion and buy toys Peaches’ like to play with in case she comes. Also, make sure that no other cat is playing with her toys as she may likely leave if another cat is in the area. Talk about being picky!

Guide on How to Attract Cats in Neko Atsume

All the Neko Atsume rare cats can be known through the Catbook. Once you have successfully attracted a cat, you can take pictures of them and store them in the album. Petting them is also like petting a physical cat. The difference, however, is that you can’t touch its whiskers. But you can almost feel them whenever they are staring at them.

Moreover, having a good sizable yard can result in the presence of rare cats. Like real cats, Neko Atsume felines are fond of food and toys. Although the Catbook gives a guide on how to lure them, there is no definite way to attract them. So, make sure you also gather your own observations of the game. 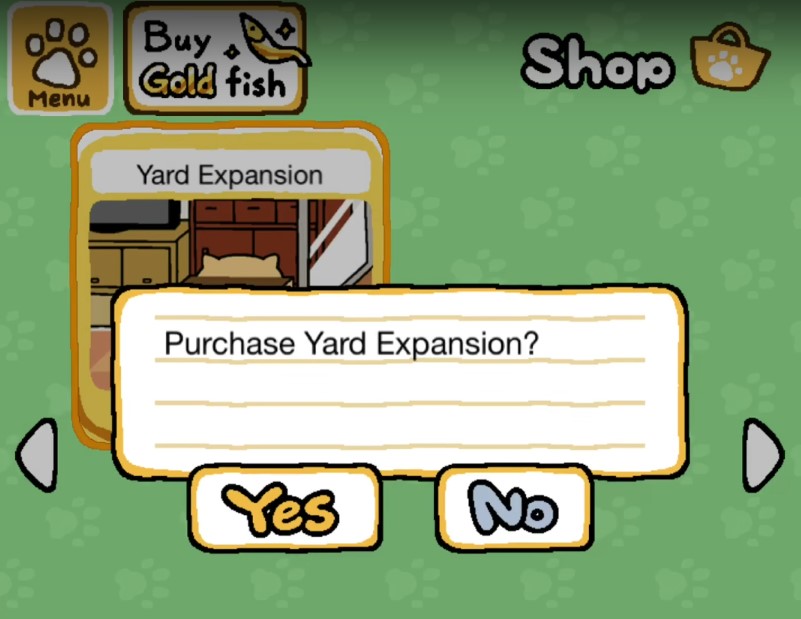 As mentioned before, the most effective way is to expand your yard to accommodate more felines in the game. However, you as a player can still improve your strategy in various ways. Each rare cat has its own appetite and playfulness and it can be quite hard to predict. The trick for players is to play the game, follow the rules, learn, and improvise on their own.

Neko Atsume is one of the best casual games that involved cats as the main characters. With its fascinating gameplay, many cat-lovers will surely love playing this casual game. Start attracting them now to increase your kitty collection to the biggest one imaginable!

Neko Atsume Guide – How To Attract All Kinds Of Cats