With over 60 million downloads across multiple platforms since launch, Ponos’ The Battle Cats has proven to become the best kimo-kawaii-themed game in modern gaming. The brilliant concoction of strategy-based gameplay, feline cuteness, and the weird Japanese sub-culture fueled the success of this 2D casual tower defense game. Like any other Japanese-developed game, The Battle Cats comes with a plethora of elements that promote strategy, planning, cuteness, tactics, and excitement.

Speaking of elements, today we are going to take a quick overview of the hierarchy or tier list of Uber Super Rare cat units which are some of the most important and powerful characters in the game.

The tier list below is based on update 10.9 that went live on September 24, 2021. The update introduced a new story mode called “The Aku Realms” along with some balance adjustments to some units. The list below is the average of over 50 tier list submissions from The Battle Cats community. Due to the vast number of units, we will only take a quick overview of the units that belong to the SS, S, and A+ tiers. With that out of the way, feel free to check out the tier list below courtesy of TierMaker. 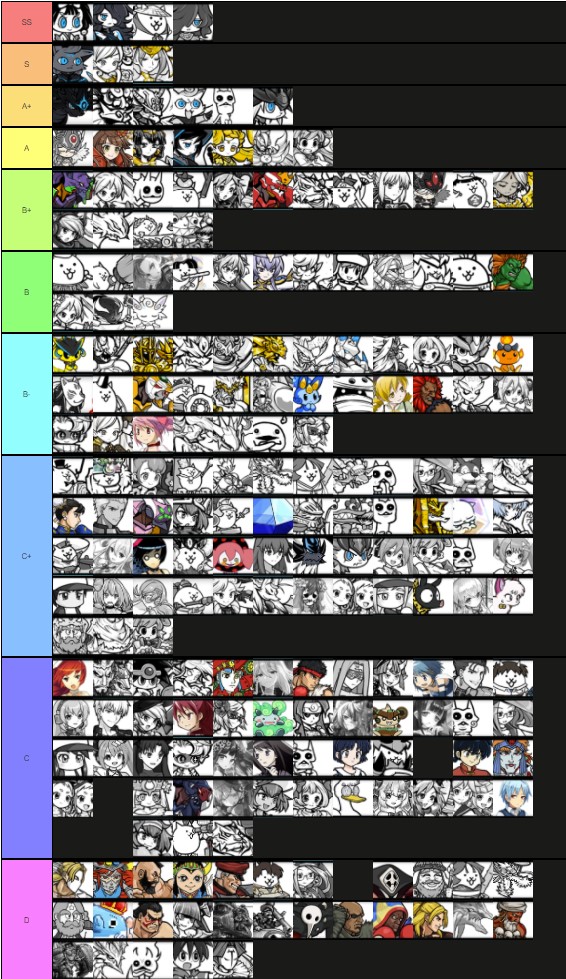 Miko Mitama is one of the most powerful cats that you can get your hands on in the game. For starters, you can only get this unit through a rare cat capsule during Uberfest and Superfest events. If you get lucky, you will have a unit that is immune to waves, knockback, freeze, slow, and weaken. Miko is also resistant to trait enemies and long-distance attacks. Not to mention that this cat comes with a cheap production price and attack rate. 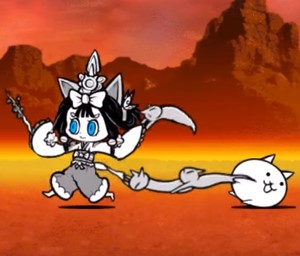 Kasli the Bane is another SS Tier cat unit that becomes available during Epicfest and Superfest events. Similar to Miko Mitama, this uber-rare cat is acquired by playing the rare cat capsule. Kasli the Bane is immune to weaken, warp, curse, surges, and waves. This cat can also curse all enemies and initiate surge attacks. Kasli comes with high health and attack power, a fast rate of attack, high curse uptime, and many knockbacks. 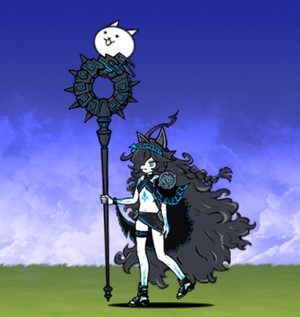 If you do not have the resources for an uber-rare capsule, then you can try your luck with a rare capsule for a chance of getting Stilts Cat. This cat unit may not be as powerful as the first two units on our list but its fast attack rate, improved health, and 30% chance to knockback angel enemies is more than enough reason to add this cat into your roster. 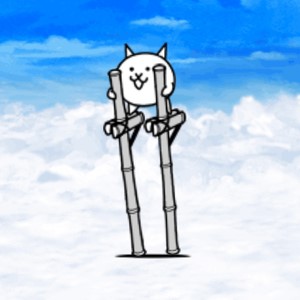 Kasli the Scourge is another uber-rare unit that appears during Uberfest and Superfest events. Some of the notable abilities of Kasli include a chance to knock back trait enemies, can execute long-range attacks, immune to waves/weaken/surge, and 100% surge attack creation chance. When evolved, Kasli’s attack becomes super fast along with an increase in DPS (Damage per second). 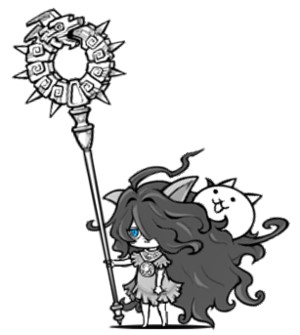 The first cat on the S Tier is the Epicfest and Superfest exclusive cat unit named D’arktanyan. This uber-rare cat unit can inflict an insane amount of damage to enemies without traits. This unit is also immune to waves/warp and can execute long-range attacks. D’arktanyan’s attack also doubles in damage at 60% HP. 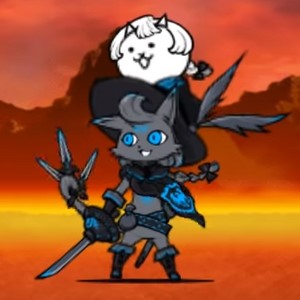 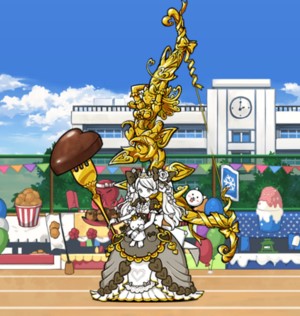 Exclusive to The Almighties The Majestic Zeus event, Empress Chronos is a powerful cat that acquires Warp Blocker in its true form. At level 10, this uber-rare cat evolves to Chronos the Infinite and Almighty Chronos at Level 30 with the help of Catfruit. Empress Chronos is immune to freeze and can freeze trait enemies. This unit can also execute long-range attacks and is immune to warp.

The first cat unit on the A+ Tier is another Epicfest and Superfest exclusive called Shadow Gao. At level 10, this uber-rare cat evolves into Diabolic Gao. Shadow Gao is immune to knockback/waves, can freeze enemies without traits, and can inflict massive damage to enemies without traits. Like all the other units in this list, Shadow Gao comes with uncommon range, DPS, and HP. 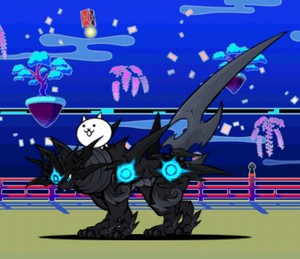 Lesser Demon Cat becomes available during Superfest, Epicfest, Uberfest, and The Dynamites events. At level 10, this uber rare cat evolves into the Greater Demon Cat and the Greater Balrog Cat at level 30 using Catfruit. This unit is immune to weaken and comes with an extremely high DPS. In addition, this cat also has a quick recharge rate, low production cost, high HP, and fast attacks. 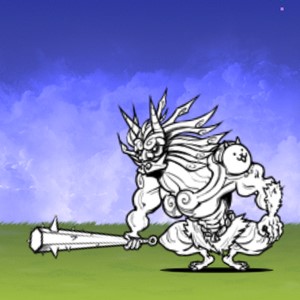 Available during the Sengoku Wargods Vajiras, Superfest, Epicfest, Uberfest, and Best of the Best events, Sanada Yukimura is a cat worth the Gacha risk. At level 10, this uber-rare cat evolves into Wargod Yukimura and Immortal Yukimura at level 30 using Catfruit. This unit can inflict insane damage to black enemies and comes with amazing movement speed. Other than that, Sanada also comes with high DPS, cheap production cost, many knockbacks, and an insanely fast charge rate. 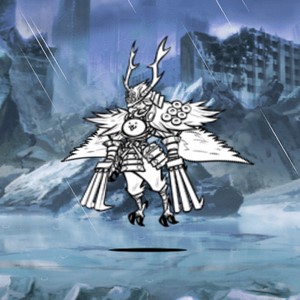 Not to be confused with the SS Tier D’arktanyan, the uber-rare D’artanyan is another notable unit that appears during Uberfest and Superfest events. At level 10, this cat evolves into Meow-Skeeter and becomes immune to waves/warp. D’artanyan can inflict massive damage to trait enemies using long-range attacks. This unit also comes with many knockbacks, a fast rate of attack, fast movement, and a tolerable charge time. 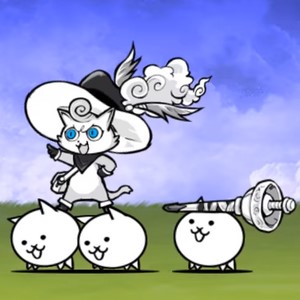 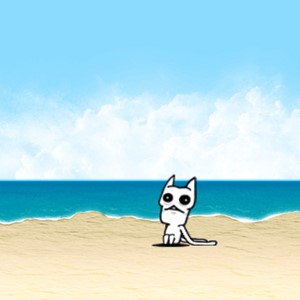 Do not be fooled by the word ‘baby’ attached to the name of this unit as this Uberfest and Superfest exclusive cat comes with insane abilities. At level 10, this uber-rare cat evolves to Mighty Lord Gao that comes with wave immunity, a fast rate of attack, enhanced range, and a 5% critical hit chance. In its current form, Baby Gao is strong against trait enemies, low production cost, high HP, and DPS. 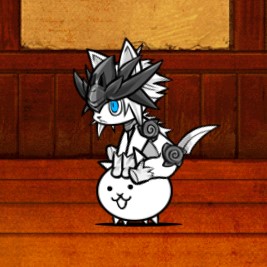 Play The Battle Cats on PC

Now that you have an overview of the latest Uber Rare tier list, it’s now time to jump back into the game. The best part is that you can now enjoy this game on your computer today. So, what are you waiting for? Build your army of The Battle Cats today.