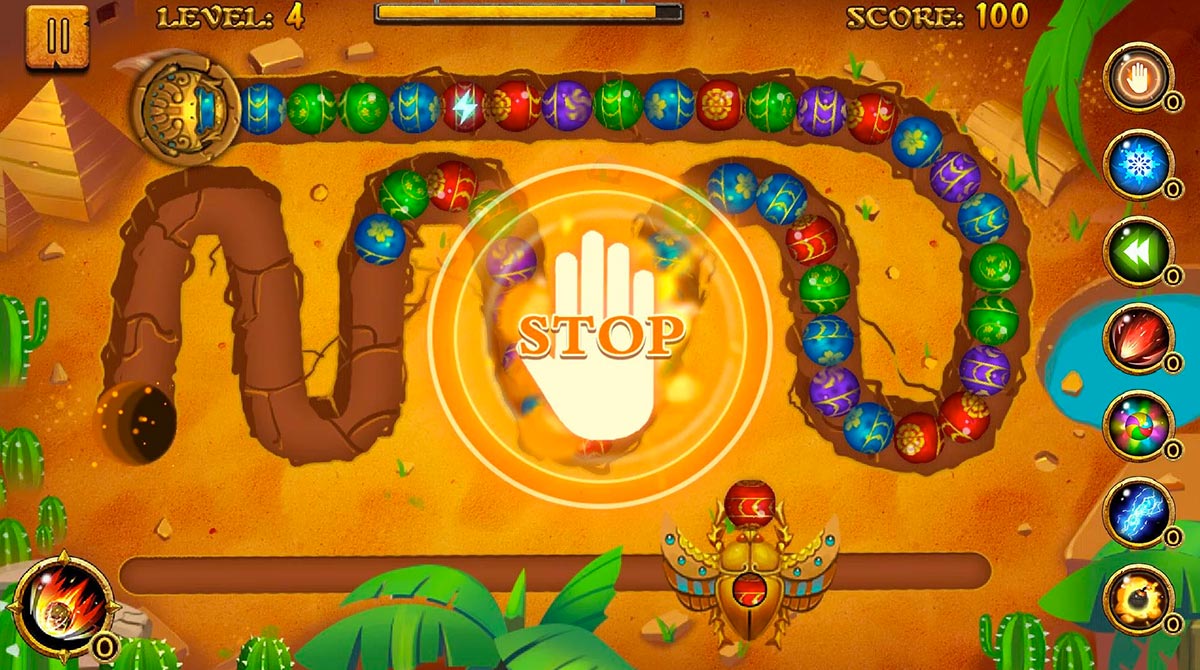 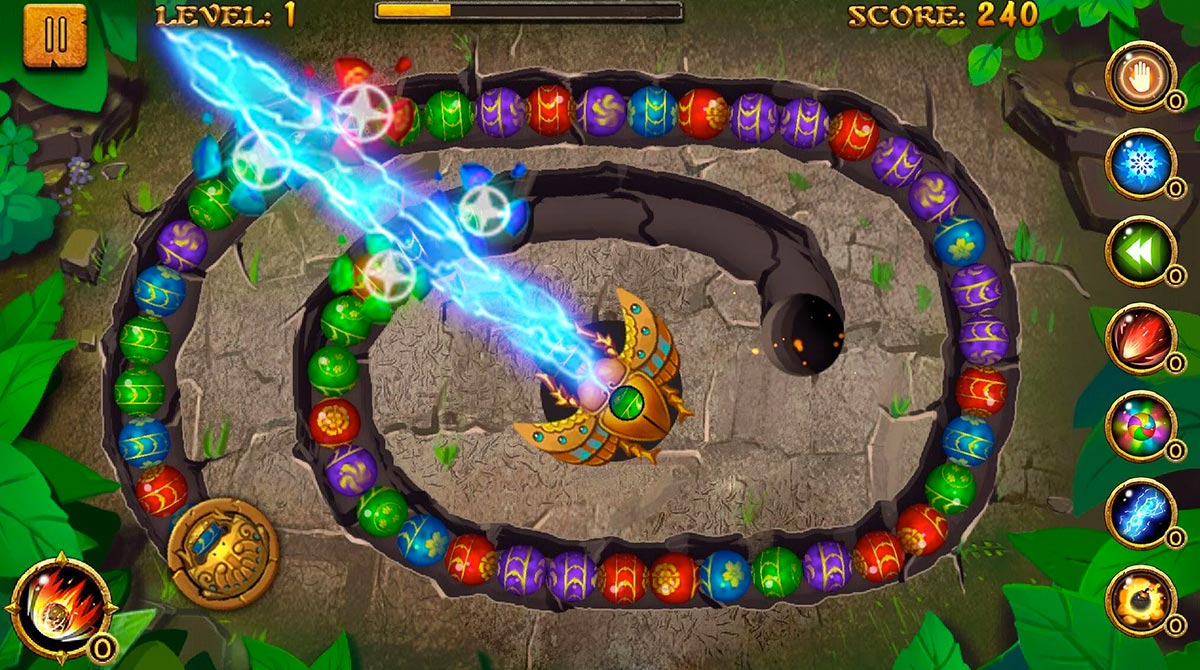 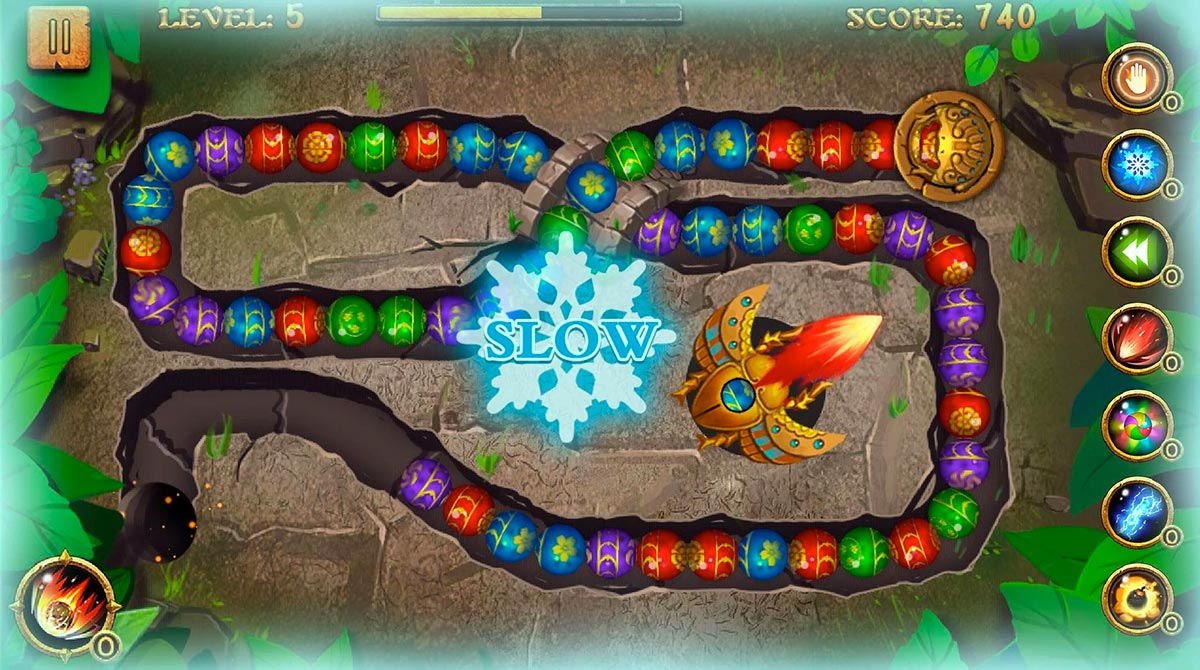 It’s always fun to play casual games, especially puzzle games. They’re games that are simple and easy to learn, yet can offer a bit of a challenge when you play. One example is Jungle Marble Blast, a bubble shooter puzzle game published by coolstudios. It’s a typical bubble shooter game, except this one uses an Egyptian theme. That means the backgrounds and designs of the game look Egyptian.

If you have played bubble shooter games before, then you won’t have any problems playing Jungle Marble Blast since the gameplay is similar to that of any bubble shooter. If you haven’t yet, then don’t worry since Jungle Marble Blast is not that hard to learn. You won’t have trouble learning the ropes of the game since all you have to do here is to blast marbles. But aside from blasting marbles, you also get to enjoy great artwork and background music.

These things make playing Jungle Marble Blast more entertaining. The awesome background music makes blasting away marbles more exciting. It will get you to concentrate more to find marbles to remove from the board. Let’s now discuss in the next section how the game is played, so you will know what to do.

How to Play the Casual Puzzle Game

Jungle Marble Blast will come with a short tutorial for the first few levels of the game. It will teach you how you should play the game, which is very simple and easy to learn. This includes how to get rid of the ice marble and what the special items do like the bomb, the meteorite rain, etc.

Even if you don’t pay attention to the tutorial too much, that won’t matter since you won’t have a hard time picking up how the game is played. That’s how simple and easy it is to play the game.

The Features of The Bubble Shooter Game

Puzzle games are always fun to play and if you’re looking for other puzzle games to play, then check out Bubble Shooter, another fun bubble shooter game. If you prefer other puzzle games, then try out Match 3D Matching Puzzle Game. It’s a match-3 puzzle that is entertaining to play. 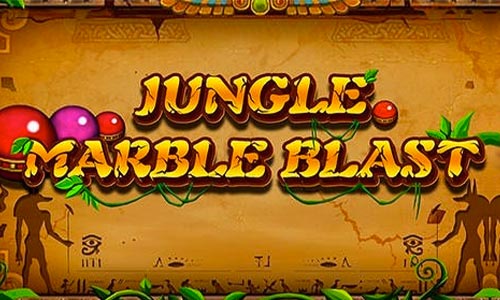 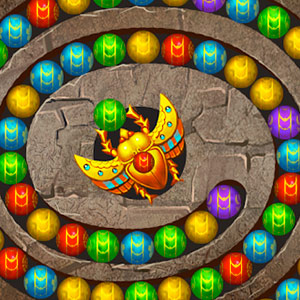 All Jungle Marble Blast materials are copyrights of coolstudios. Our software is not developed by or affiliated with coolstudios.