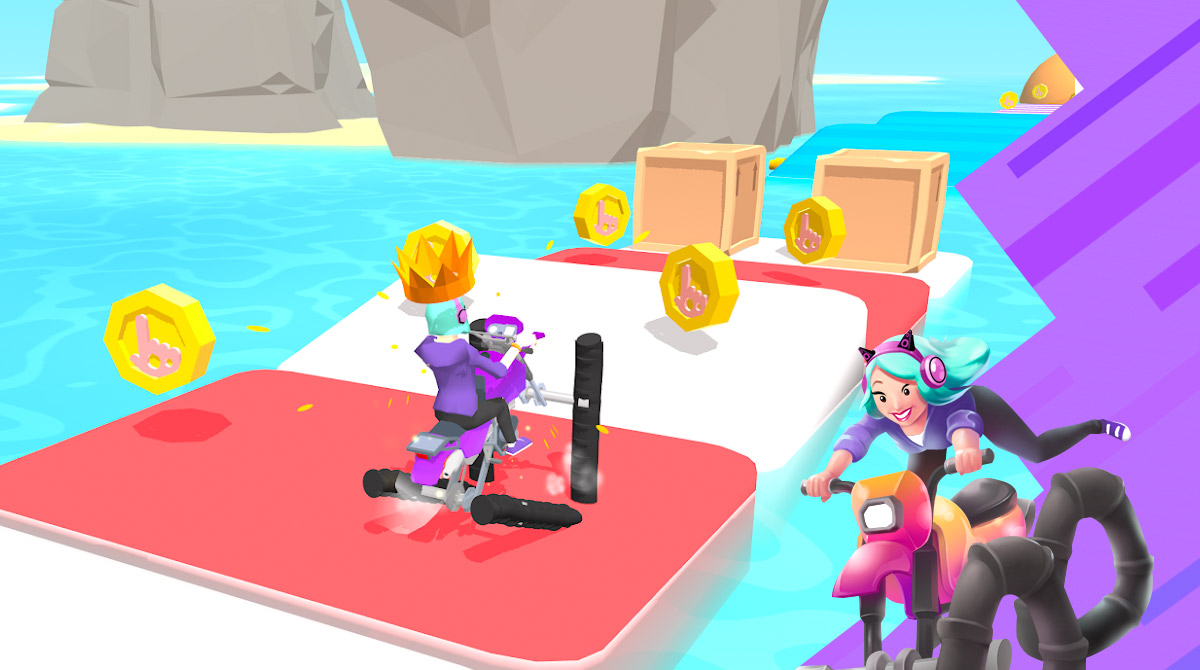 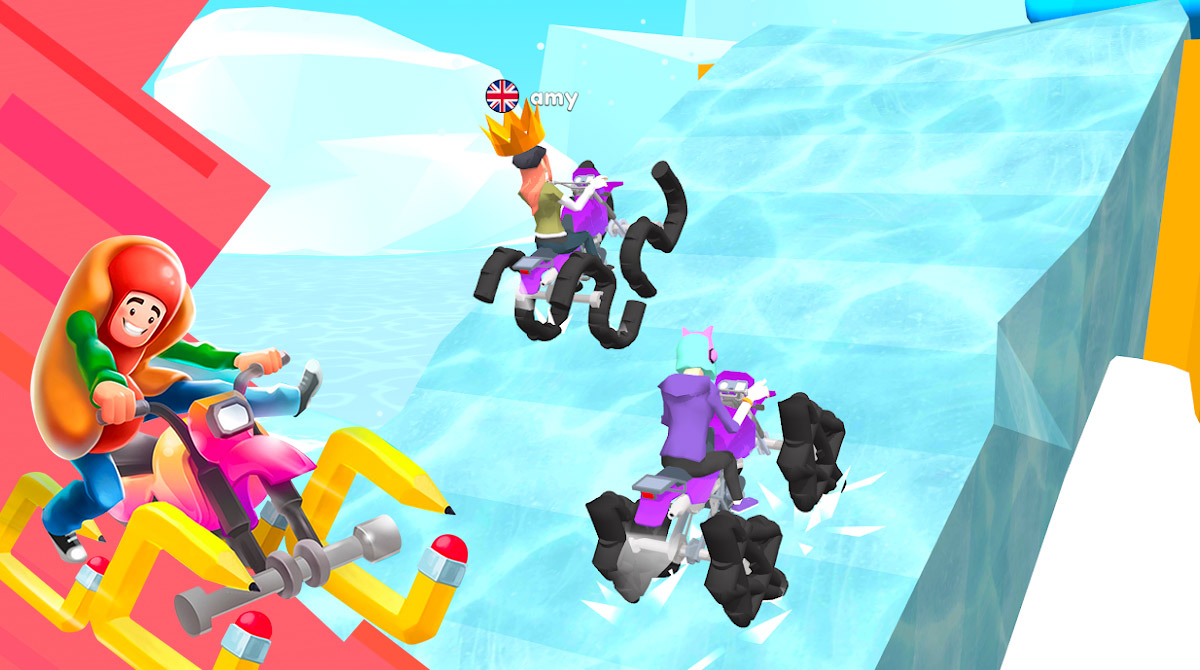 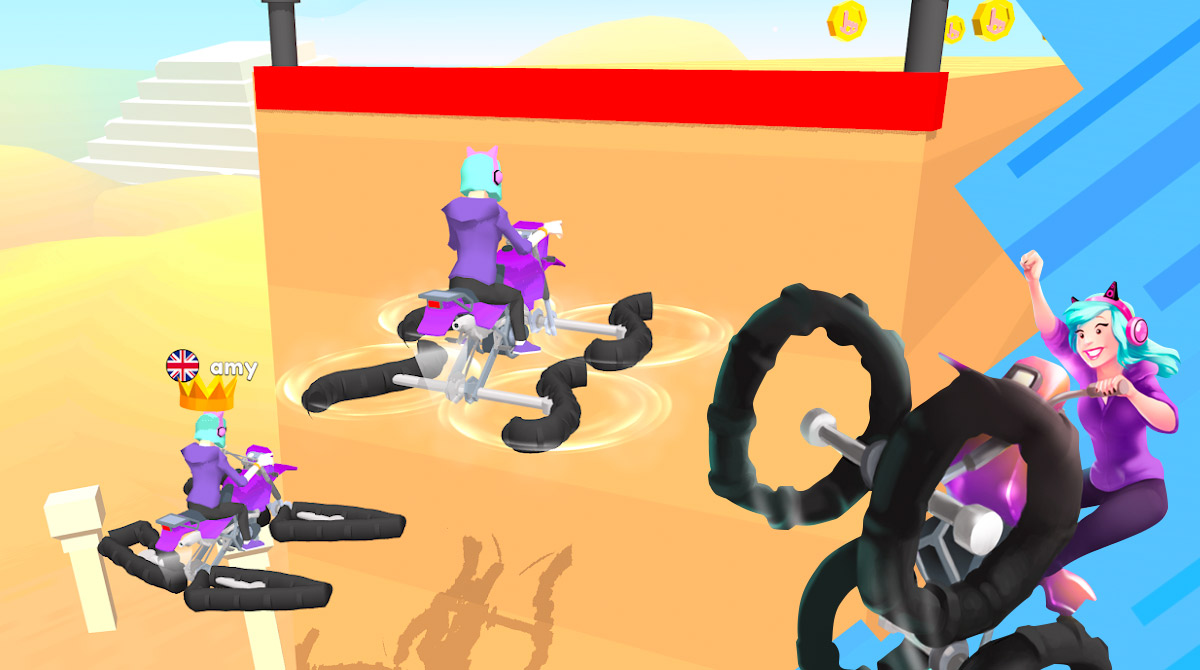 Jump into a hilariously challenging competitive racing game experience straight from your PC with Scribble Rider. Enjoy hours of fun and exciting gameplay with your friends or random players across the globe. Experience one of the highly downloaded mobile games at the comfort of your PC with EmulatorPC.

Scribble Rider is a freemium action racing game developed and published by VOODOO for mobile in 2020. The game combines the competitive edge-of-your-seat gameplay of racing with the creativity-inducing mechanics of doodling. It also features the same modest elements and features seen in most of the games developed by VOODOO. Examples of these features include a single-button controller scheme, straightforward gameplay, high-definition graphics, and smooth animation. The main selling point of the game comes from its unique gameplay structure that requires accuracy and real-time analysis.

Like any other racing game, this one comes with a wide collection of racing machines. But what makes it unique is that players must draw the wheels of their machines in real-time. That means that in this game, victory is not defined by speed but by strategy or technique.

The modest gameplay structure, along with the innovative gameplay mechanics of this action game, led to over 100 million installs and thousands of 5-star ratings from players across the globe. Fans can’t get enough of its wacky and adrenaline-pumping gameplay. With that said, if you are a veteran player or a newbie of the game, now is your chance to finally play this highly addicting game for free on your PC with EmulatorPC.

How to Start a New Game in Scribble Rider on PC

Like most games, this action game does not feature cinematic introductions or animations. Instead, the game will take you straight to the main title page for your first hands-on experience. Your first race will serve as your tutorial where you can get used to the main gameplay mechanics. The competition begins on your second race as the game’s matchmaking feature kicks in.

Winning races in this action game will reward you with various items, in-game currency, and vehicles. On the other hand, losing a race will earn you some coins.

Fun Game Features to Watch Out For

If you’re searching for more action games to play, you can also check out Wild Clash: Online Battle and Mini DayZ. These games are all free to download and play on PC with EmulatorPC. 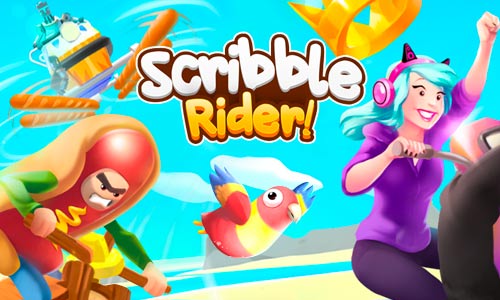 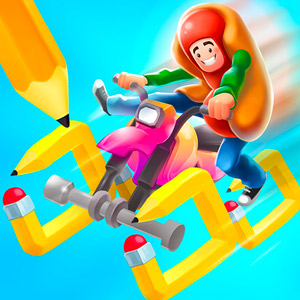 All Scribble Rider materials are copyrights of VOODOO. Our software is not developed by or affiliated with VOODOO.