Everyone has pondered how they would do in a circumstance when they had nothing but the wind and their wits to cling to. The very finest survival games give you the feeling of being in charge of your own nurtured empire.

Even up to date, survival games remain on top of the game genres. Some of the game titles gaining a spot on the Steam charts include recent hard-core survival sims and vintage survival horror games. Obviously, a lot of video games revolve around the survival concept. Depending on your preferences, that enmity can manifest as violent weather, horrifying creatures, or the domination of the undead.

In today’s blog, we’ve listed some of the best survival games for every survival game player. Taking a look at this list will surely make you decide which has a unique storyline and unpredictable adventures to embark on. With that said, here are 10 of the best free survival games you can play on PC. So, feel free to pick your poison.

You only have one objective as one of the final survivors in the zombie apocalypse: to live. Create a base of operations, cook food, make equipment, and fend off approaching zombies. The survival component of the zombie apocalypse is the main subject of Last Day on Earth Survival. The action portion is not as prominent. Although you can craft weapons and will occasionally have to battle the undead, it is more like a means to a goal. Maintaining your base of operations and constructing the tools, furniture, and equipment you’ll need to spend your final days on earth will take up the majority of your time. 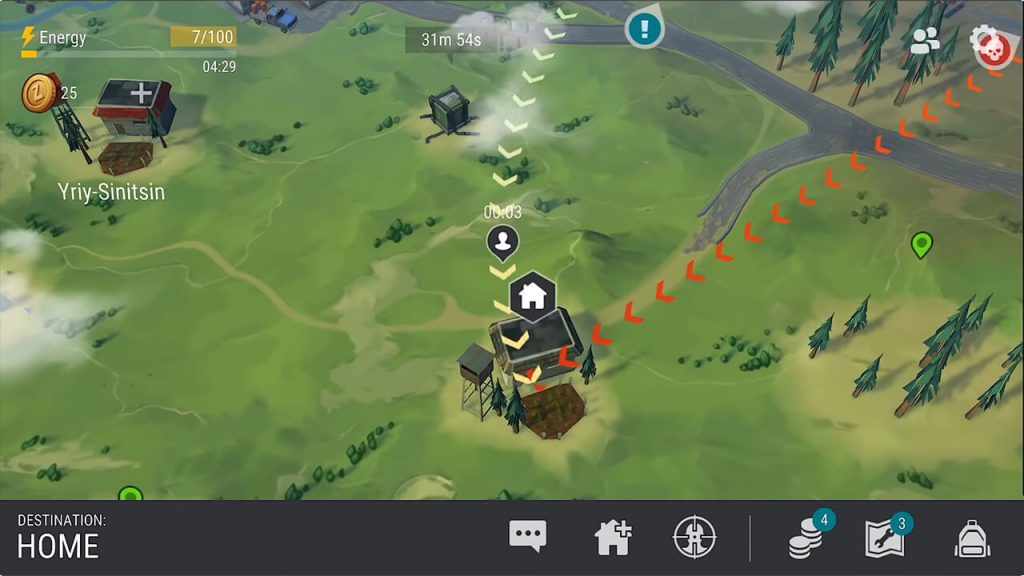 You play a commander tasked with constructing a haven for post-apocalyptic survivors in the Puzzle & Survival RPG by 37GAMES. Players can build their base, work through puzzle challenges, and fend off hordes. The game features a plethora of heroes in addition to the standard match-three action. Each of them has a special skill that develops when blocks are connected.

These tiles move forth from the grid and hit the enemy that is represented at the head of the game’s interface, doing destruction in their wake. You can put together teams of heroes for the game’s many battles, raids, and rallies. From 2-stars, the least powerful and most common, to 6-stars, the most powerful and rare, they are rated in terms of strength. 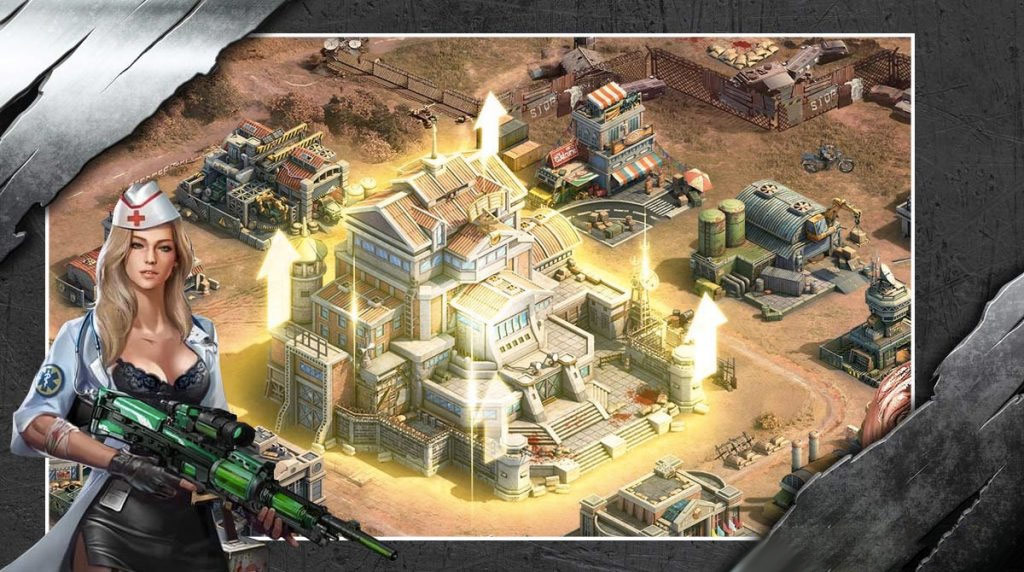 The undead is present in huge numbers in Left to Survive. Running or hiding are not options. So, in this zombie apocalypse, you must kill every zombie to establish yourself as a hero. Start the Survival Campaign to rid the world of the undead hordes.

Aid humanity as the phoenix rises from the ashes. As you fight the zombies, you’ll have access to a vast array of equipment and weapons. It includes several types of weapons from various selections. You can use sniper rifles, assault rifles, shotguns, and machine guns to quickly dispatch all zombies. It is better to give your hero some items to enhance his skills, as well.

In Left to Survive, each completed level will reward you with resources as you advance. You can use these raw materials to create any enhancements in the game. You can enhance some of the game’s features and buy the necessary goods. It is also crucial for you to have a plan of action, just like in any other shooting game. This can assist you in getting rid of zombies faster than usual. In that way, you will gain an advantage against the hordes of zombies attacking you. 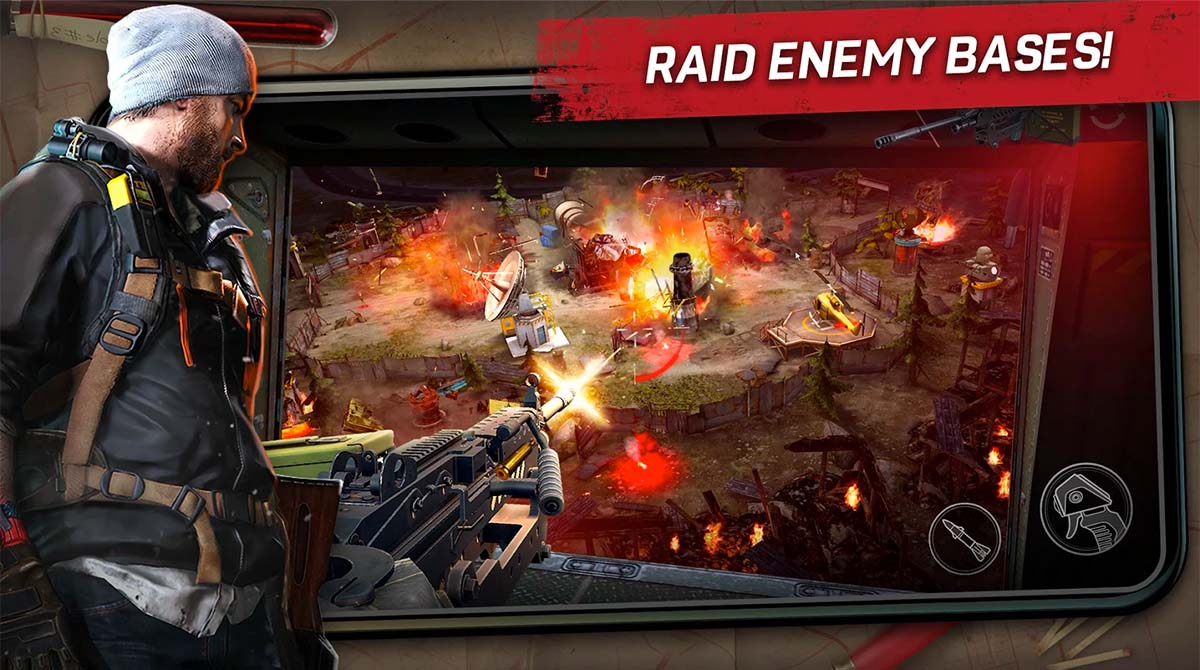 Game Start created and released Tiny Island Survival in 2021 as a free-to-play survival adventure game. As the title suggests, this thrilling game offers bite-sized exploration and adventure throughout many settings. It is presented in an episodic-arcade style that makes the survival genre accessible to all gamers of all ages. Tiny Island offers a mysterious adventure, simple controls, hidden survival mechanisms, beautiful pixel visuals, and much more.

Together with some adversaries, you are trapped on a tiny island in the middle of nowhere, so you must fight to survive. You’ll have to look for food and acquire all the necessary supplies if you wish to survive. 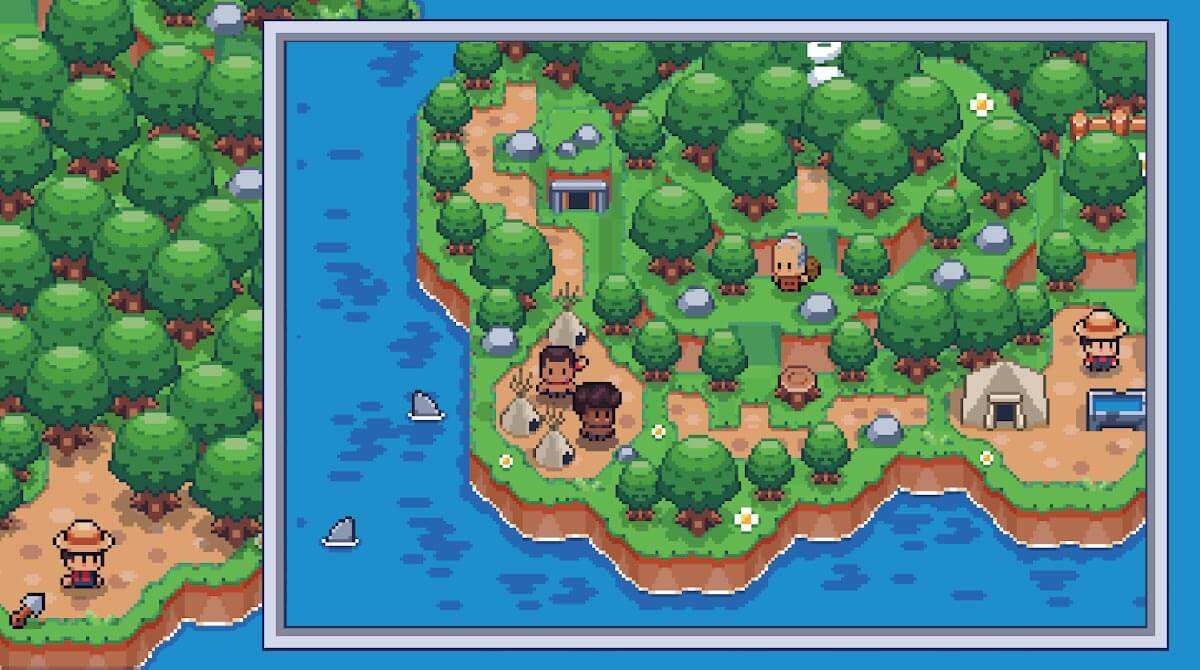 Mini DAYZ is an incredibly action-packed and adventurous zombie game. Additionally, it has a pixel art-style depiction, which differentiates the entire post-apocalyptic experience. In this game, surviving depends on gathering food, resources, and ammunition. As you wander the map and hunt for materials to craft, keep in mind that it is you versus the world. You cannot rely on anyone than yourself. You will also contend with diseased wolves as you struggle to remain warm, dry, and fed, so be prepared. 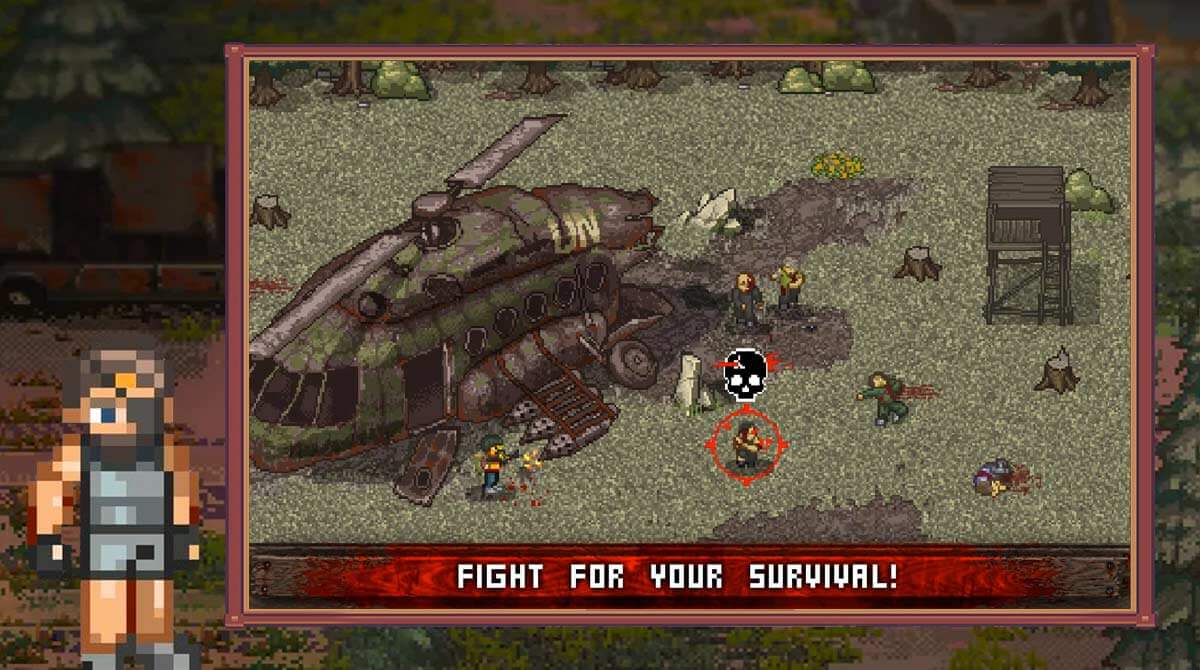 Players of Raft Survival: Ocean Nomad can explore an expansive landscape. Thousands of objects, critters, and minerals are scattered throughout that you can collect. You can also engage in models and accurate physics, which add a more immersive and authentic gaming experience. The dynamic day-night cycle and fluctuating weather patterns also improve realism, as they add more life-like elements.

Since you are marooned on an island, you must take every precaution to tour as many islands as you can while hoping someone will rescue you. It’s also better to know the apocalypse’s narrative to understand how you ended up in that situation. Enhance your raft, make stuff into armor and weapons and use your hook to capture prey. You must now live, or more accurately, survive your life. In Ankora, you play the role of Mûn, an Intergalactic Patrol Team 5 explorer, who has a major spacecraft mishap. Now she is forced to make an unexpected descent on the planet Ankora. Mûn is a courageous explorer with excellent survival abilities, and she approaches the adventure fearlessly. Although it is a very wide world filled with contrasts and frightening beasts, she is brave enough to conquer it.

On the planet Ankora, life is not simple. Mûn must battle hunger and thirst, find food and water, prepare her food, and battle the elements. She needs to survive the rain, the bitterly cold north, the scorching desert summers, and the lengthy, perilous nights. 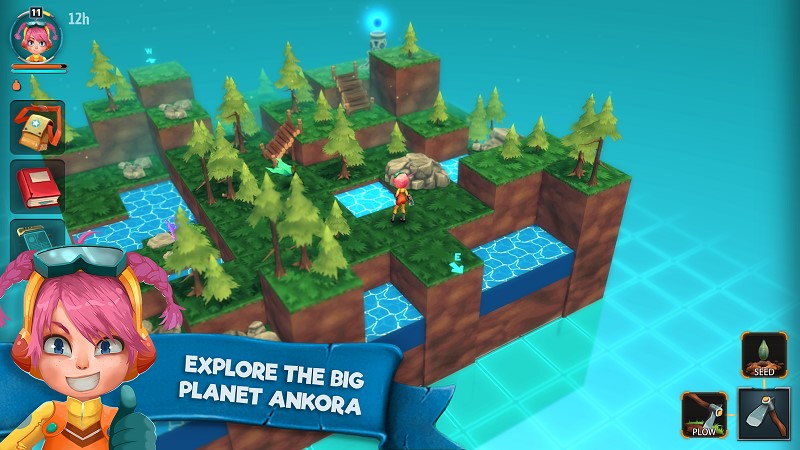 You have a choice between three different game modes in Undead World Hero Survival. Let’s put your skills to the test by attempting famous heroes in Midtown battle games while earning rewards. You can attempt the PVP Battle, battle versus other gamers, and top the leaderboards if you are skilled enough. It’s also important to switch to idle gauntlet mode if you want to test your ability to survive against the dead.

To prepare for a titanic conflict with a swarm of zombies, you get to organize, customize and advance your team of heroes. However, since it is a post-apocalyptic world, you should do all necessary precautions to survive. Brace yourself as you enter the world of the undead, which is full of challenges: hero survival. You can play the game on this website for free and learn what it’s like to become a hero on your own. 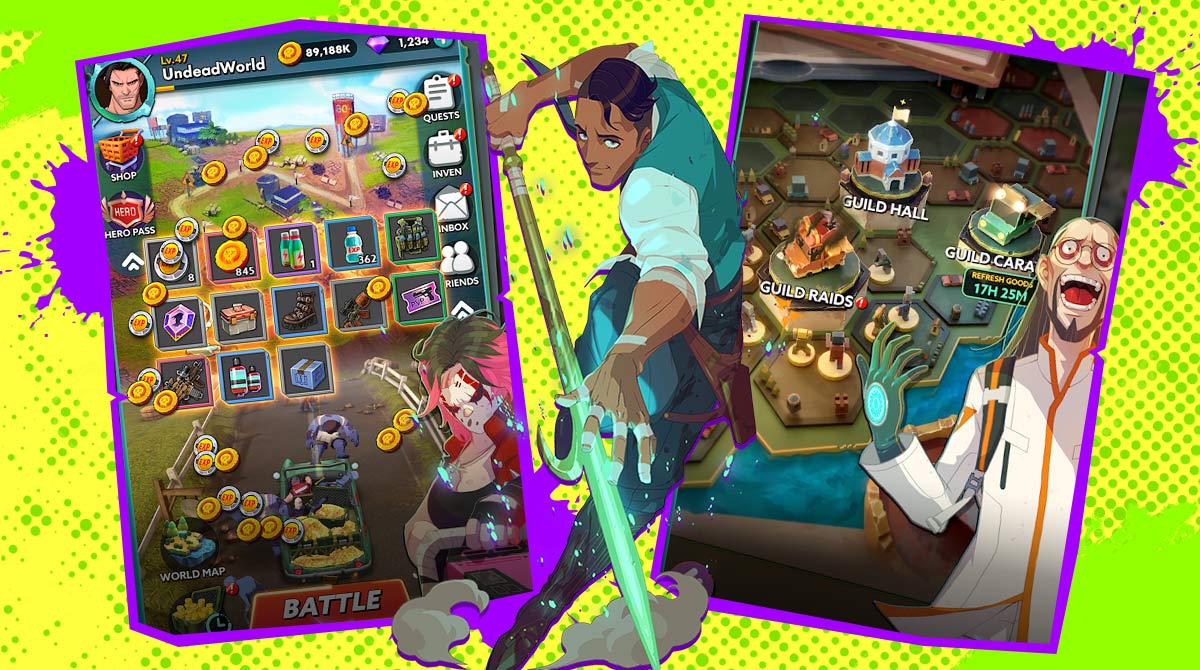 In Survival Island EVO Raft, you play as a member of an exceptionally elite task force tasked with finding Pridium, the most precious metal on earth. You can influence both these terrifying beings and humanity using Pridium.

Your main responsibility is to collect all the precious minerals on this island, including pridium. The occupants, however, are something the committee omitted from its briefing. It appears like numerous dinosaurs are roaming the map. You are especially susceptible to these animals if you have just a few resources, to begin with. You are the lowest link in the food chain, for the most part. 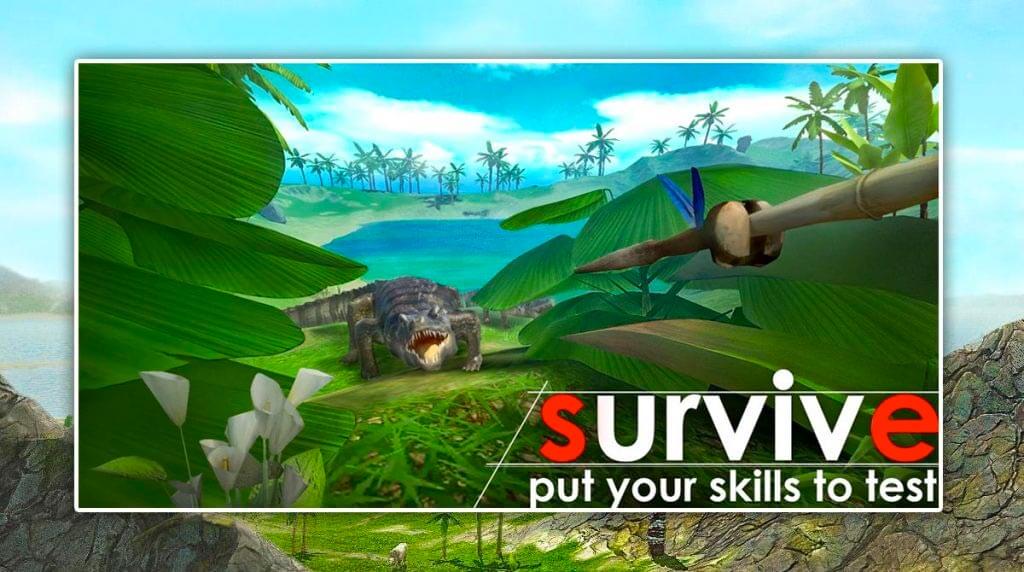 Become the most dreaded scoundrel in Mutiny Pirate Survival by overcoming the difficulties of the realistic role-playing maritime adventure. Get your act together and take charge of your little team to transform this dangerous survival into a thrilling adventure. The goal of this island adventure is to safeguard your valuables. You have to save your life by fortifying yourself against wild animals and fighting your way through the forest. Collect materials, make weapons, acquire rare materials, and construct the ideal castle.

Discover the PVP gaming universe in the Caribbean islands during the height of piracy! Reach the deserted islands, engage in fierce pirate combat, make friends with the Taino Indian tribe, and endure the shark-filled sea. 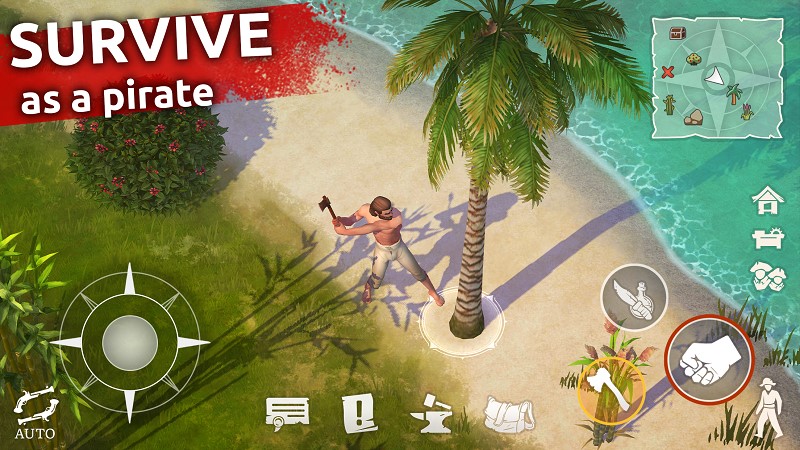 This ends our list of the best survival games to play on your PC. If something interests you from this list, you may download them here on our platform. To get more video game lists and reviews, game-related news, and updates, be sure to stay tuned here on EmulatorPC!