Clash Royale battles are decided by strategy, not by luck. Supercell made sure that their game remains balanced and competitive for both premium and freemium players. Like any other card-based game, strategies in Clash Royale are showcased through deck building.

In this game, a solid deck made up of common cards can defeat a poorly constructed rare deck. Having a common deck as your main, for the most part, is unlikely since you will have access to rare, epic, or legendary cards sooner or later.

Speaking of decks, gone is the easy part of deck building in Clash Royale. This is because the number of cards in the game has doubled since its inception. From 42 cards in 2016, Clash Royale now has 103 cards of Common, Rare, Epic, and Legendary rarities. As a result, deck building in 2021 is more challenging than ever—especially for new players.

With that in mind, if you are one of the newbies in the game who’s looking for some sort of guide or blueprint for deck building, then feel free to check out some of the best decks as of October 2021 according to Clash Royale veterans.

The night witch elixir golem battle healer deck excels in its defensive attributes. The highlight of this deck is the Elixir Golem which is considered the strongest low-cost tank you can get your hands on. This card can absorb devastating blows for your other units. Other notable units in this deck include the Baby Dragon/Tornado defensive combination and Electro Dragon. This deck requires patience since it focuses on defense as per the author of the deck. Your focus is to overwhelm the opponent by producing enough units.

The lava hound goblin cage deck is built for Arena 10 and above. This is also a highly recommended deck for Grand Challenges due to its 61.4% win rate. The highlight of this deck is the Lava Hound that serves as the main tank. This card plays similarly to the golem, which means that it will lead your push towards enemy territory.

Other notable cards in this deck include the Baby Dragon and Inferno Dragon that will serve as the hound’s protector. This deck also employs the miner that will serve as a distraction and enemy tower damage absorber. The additional defense will be provided by Double Dragons, Goblin Cage, and Barbarian. 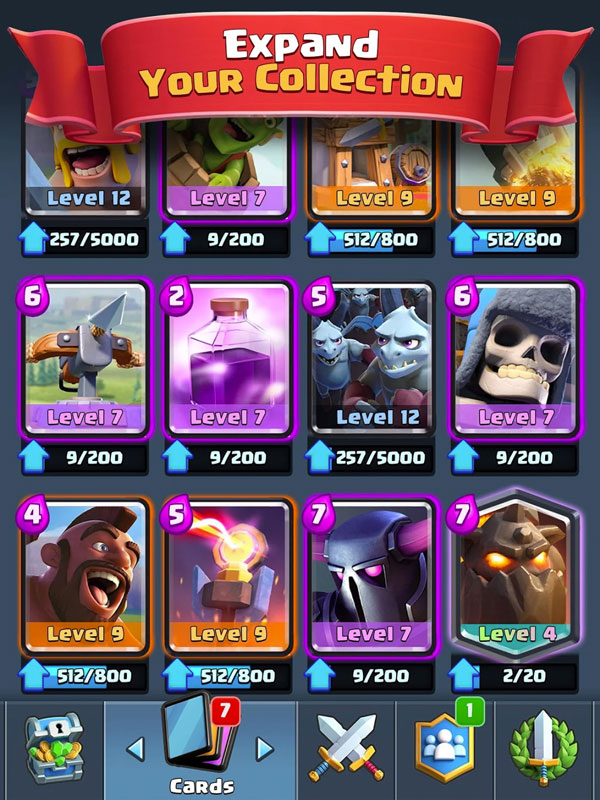 Building a decent golem deck is not as easy as it sounds. As one of the highly sought cards in the game, the golem is pretty much a destructive card on its own. The challenge is to find the right set of cards that can enhance the power of your golem. One of the highly recommended builds for a golem deck includes the following cards; Baby Dragon, Lumberjack, Barbarian Barrel, Tornado, Mega Minion, Lightning, and Dark Prince.

The Knight Barrel Deck is considered the best Goblin Barrel deck in Clash Royale for 2021. This deck is made up of the Goblin Gang, Princess, Inferno Tower, Ice Spirits, Goblin Barrel, Rocket, and Knight. The highlight of this build is the Knight and Goblin Barrel while the rest will serve as support.

The Knight in this deck serves a lot of purpose due to its attributes. For one, the Knight is a tank that can fight back and can distract troops in the arena. With the aid of support cards like the Inferno Tower, you can easily fend off enemy golems while protecting the princess. The Goblin Barrel, on the other hand, will be the chip damage card in the deck. This card also serves as great support for the knight if the opponent plays a goblin.

The final entry on our list is the Ram Rider deck that highlights the Ram as a building destroyer and the rider as an enemy attacker. The build highlighted by one of the veterans in the game is designed for a quick card cycle for faster unit deployment. The Ram Rider deck is made up of Fireball, Ice Spirit, Cannon, Ice Golem, Musketeer, Skeletons, Zap, and the Ram Rider.

As far as deck building in Clash Royale goes, the possibilities are endless. The decks mentioned above, however, are recommended by some of the best players in the game. Nevertheless, all of those are mere suggestions or references that you can use to compare your decks with. And now that you have an overview of some of the awesome decks, it’s now time to download and play Clash Royale on your PC. You can get it for free here at EmulatorPC!