Clash Royale is one of the top strategy games to play by Supercell, the renowned makers of Clash of Clans. Released in 2016, this strategy game lets you battle against opponents in the arena using cards. Just like how you play tower defense games, a good strategy plays a key role to win in every round. That means choosing the right cards to use on deck.

In Clash Royale, there are dozens of cards that you can use, such as spells and defenses. Make sure to collect powerful cards and form a clan to share your cards with. Once you have these cards and the right strategies to employ, you’ll be able to defeat opponents in the arena easily.

If you’re new to the game and you want to create the best strategies to use in battle, check out our Clash Royale tips.

1. Patience is the Key to Success

Patience is the number one factor to have an upper hand in every battle, as long as you have the right deck. But if you’re playing against a heavier one, you must wait for your opponent to make the right move. 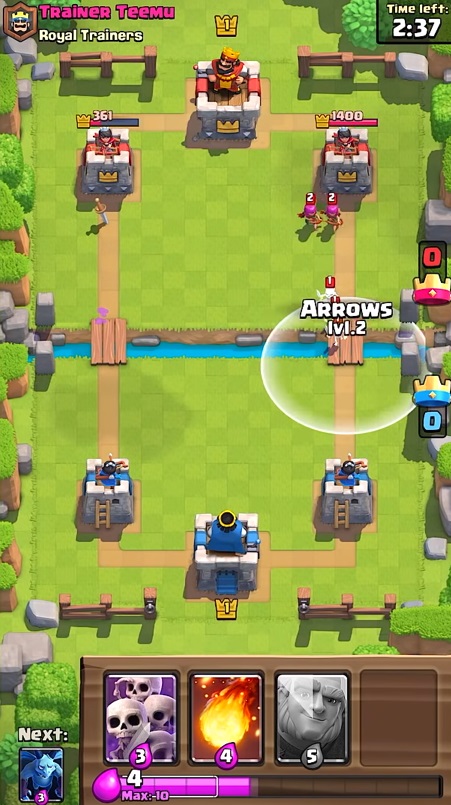 Why must you wait? First, it decreases the time until double Elixir, where the heavy decks are most powerful. Second, it allows you to respond to any move your opponent makes. Finally, you can prevent any counterattacks.

2. Know How to Count Cards & Elixir

Counting cards is a very useful skill because you’ll know when’s the best time for you to push. It can be daunting and difficult to count cards at first, but you can simplify it by waiting for both players to recoup their Elixir. That’s because you know that you are both equal. And if they play a card before 10, you’ll know that you’re already behind.

Card counting can be hard to master, but will eventually be helpful as you continue playing.

3. Know When to Stop

If you have more Elixir, it can be tempting to add more power with the use of additional support. But caving in is what can make your advantage end. For example, adding the same troops will make it easier for your enemy. What you need to do is to adjust your deck to solve this issue. For example, a deck with multiple wizards and dragons is easier because they can be countered by themselves.

At the start of your battle, you’ll want to know what cards your opponent’s deck is composed of. That’s because when you know what kind of cards they have, you can easily counter their attacks and win the game.

Fortunately, there are two main ways for you to remember what these cards are. The first is by waiting for them to play all eight cards and remember what they’ve used. The second option is by remembering the key or main cards. So, for example, if your opponent drops a mini P.E.K.K.A, then you don’t need to remember their other counters to your Hog Rider.

Determining the bait strategy of your opponents will help predict their win conditions. At the same time, it’ll be easier to assign the right counters to them. You’ll find that some decks have bait cards in them, and you’ll want to know what these are to know what counters to use. So it’s important to be wary of your opponent’s strategy as it could defeat your strategy.

For example, don’t go hard on your counter card because they might hit you with a bait card. The best thing to do is to plan the best way to defeat those bait cards successfully. 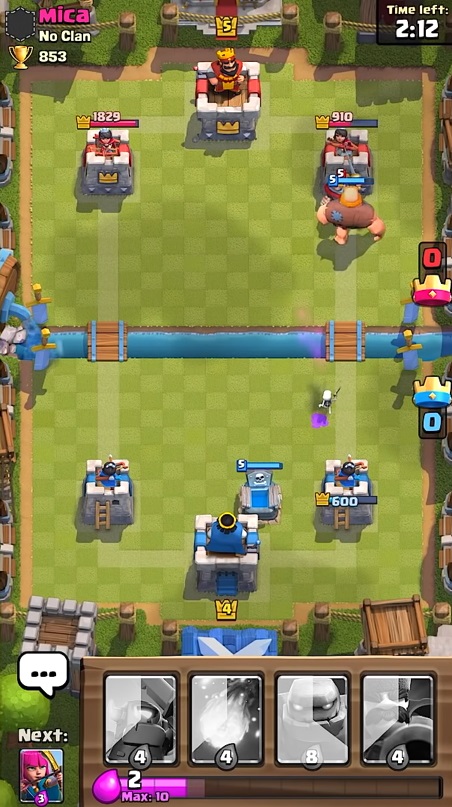 6. Know if They Can Counter Your Win Condition

Just like you, your opponents have counters to your win conditions. But it’s also crucial that you know what type of cards they can use to counter you. That’s because you’ll want to respond fast and deal more damage in the process. So at every start of the game, ask yourself what kind of cards will your opponents use. And there are two ways to make the whole battle yours, which are strengthening your push or making a more predictive move.

And here ends our Clash Royale tips that you need to keep in mind. With these tips, you can easily formulate winning strategies to use in battle!