Last November 8, 2018, Smilegate Megaport released a role-playing game titled Epic Seven. It is a turn-based game that focuses more on building decks. It is set in a world where the supreme beings have disappeared, leaving on the side humans and dynamic beings called ōma. A strange force is tearing down the world, which causes chaos between various clans that aim for dominance.

To bring back the balance, you need to fight against numerous monsters in exchange for resources and defend your clan against possible attacks. Victory is not easy to achieve, as you need to surpass many battles. If you want to win a battle, you should work hard and unleash your best tactical strategies.

For the record, Epic Seven is genuinely one of the famous games right now. With its immersive listings of characters, more than 200 characters are ready to be upgraded with various skills and abilities, which means there is still something to discover whenever you log in. Though you can still have fun playing Epic Seven by clashing AI characters or real enemies in the PvP combat, you might find the game repetitive. To improve your overall gameplay experience, Epic Seven balanced and ranked characters according to tiers featuring their difficulty for players in all game levels.

In Epic Seven, six classes include knights, mages, rangers, soul weavers, thieves, and warriors. At this point, we will only focus on the tier list of warriors. Warriors are the dynamic class that mainly depicts damage and manages the fight by unleashing life-steal abilities and debuffing. So if you want to boost up your team, check out this Epic Seven warrior tier list now.

In this tier, you will find heroes that bear impressive stat growth and the most refined skills. These forceful heroes dictate how you will create your battle party. With their exceptional capabilities, any of these heroes are firmly helpful at any point in the battle. 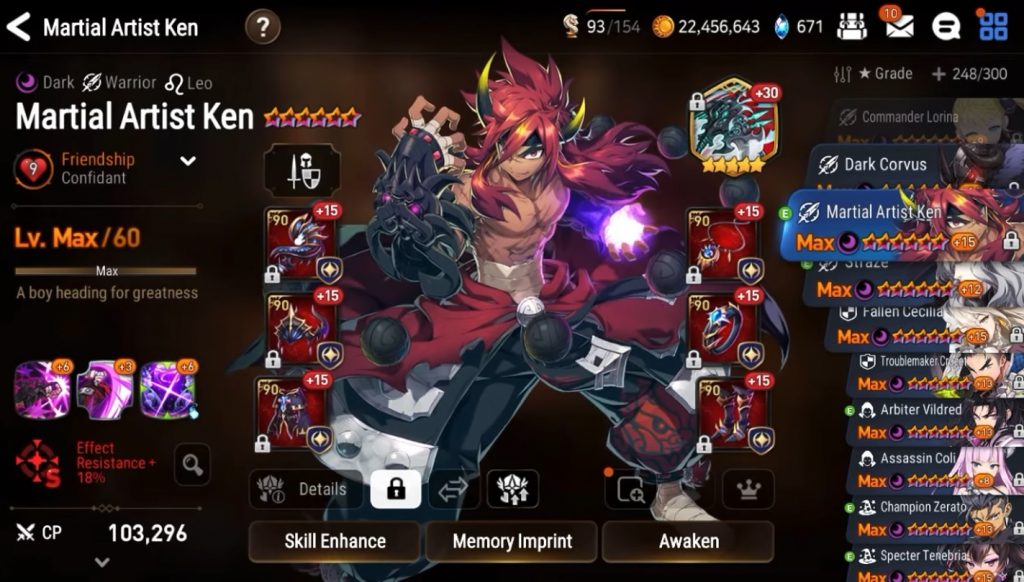 Heroes in S-Tier offer significant damage during battle and can protect themselves by utilizing their skills. Also, these characters are tough to defeat and often renowned as the best heroes of the game. Heroes under S-Tier are Martial Artist Ken and Yufine.

A-Tier heroes are noted to be the second-best in this Epic Seven Warrior tier list. They might not be as strong as those in the S-Tier; A-Tier heroes are powerful characters with quality skills and stats. With your competent tactic or timely combo, you will surely win battles using this tier.

These hefty heroes are those who can make up most of the game’s recent meta. You can find ten heroes in this tier: Judge Kise, Ravi, Sigret, Sol Badguy, Ken, Alencia, Little Queen Charlotte, Chloe, Cermia, and Straze.

If you still can’t deploy S- and A-Tier Heroes, you might consider using heroes in B-Tiers. Under this tier, you can find Apocalypse Ravi, Assassin Cartuja, Mercenary Helga, Kitty Clarrisa, Luna, and Rem. 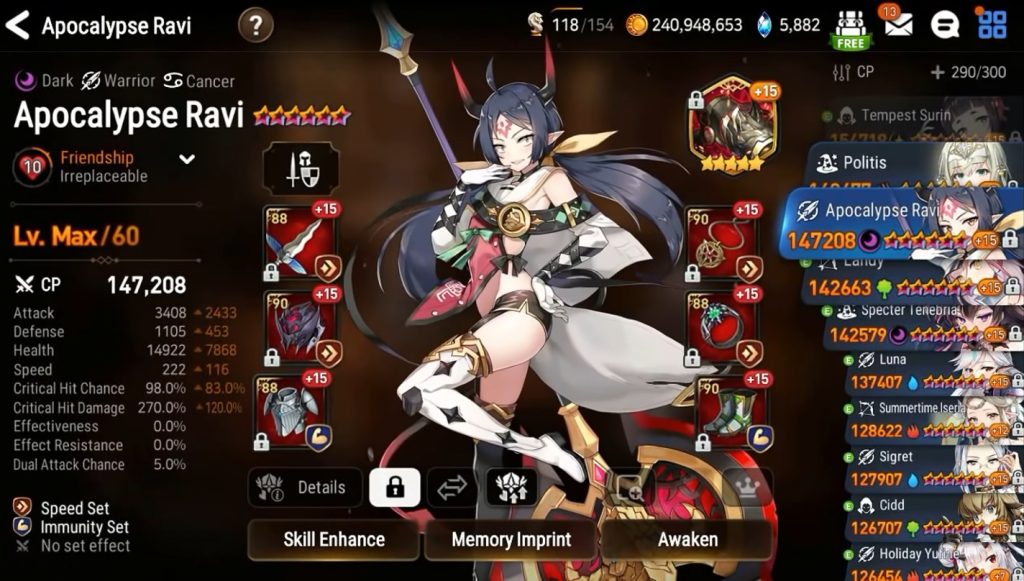 Though they are third-best, these heroes are still good to use as your support units. You can win the game using a party filled with B-tier heroes, but it is seriously harder. These heroes feature above-average capability that can release enough damage. Some heroes under this tier offer powerful skills as well.

Heroes under C-Tier can still be fatal enemies, even if they have average power. These heroes are neither good nor bad because they can still be helpful on any side of the game. Don’t underestimate this tier, as they are not easy to defeat if you know how to maximize their strength and control their weaknesses.

This tier is renowned for being the second-lowest rank in the Epic Seven Warrior tier list. However, heroes under this tier are equipped with substandard stat growth and unimaginative fighting skills. When it comes to viability, these heroes are left behind.

With that said, these heroes are pretty close to being the worst part of the game. They are not that too vigorous, which results in quick defeat. Once you get better ones, replace them immediately.

So, that’s it! That’s our Epic Seven warrior tier list that can give you a fantastic game balance. Through the use of this tier list, you can come up with a strong party accompanied by your excellent battle strategies. For more updates and information about this role-playing game, stay tuned here at EmulatorPC.