GrandChase is a 2D Action MMO with anime-inspired graphics that blends side-scrolling and dungeon-crawler action. It is the first real-time online fighting game in the world that supports up to 6 players fighting side by side. Players can enjoy a wide range of cool Grandchase characters that will surely bring life to their gameplay. For players who can quickly combine skills and execute combo attacks, GrandChase offers straightforward arcade-style control patterns. Fighting game fans who value time and accuracy will also find this game to be up to the task. 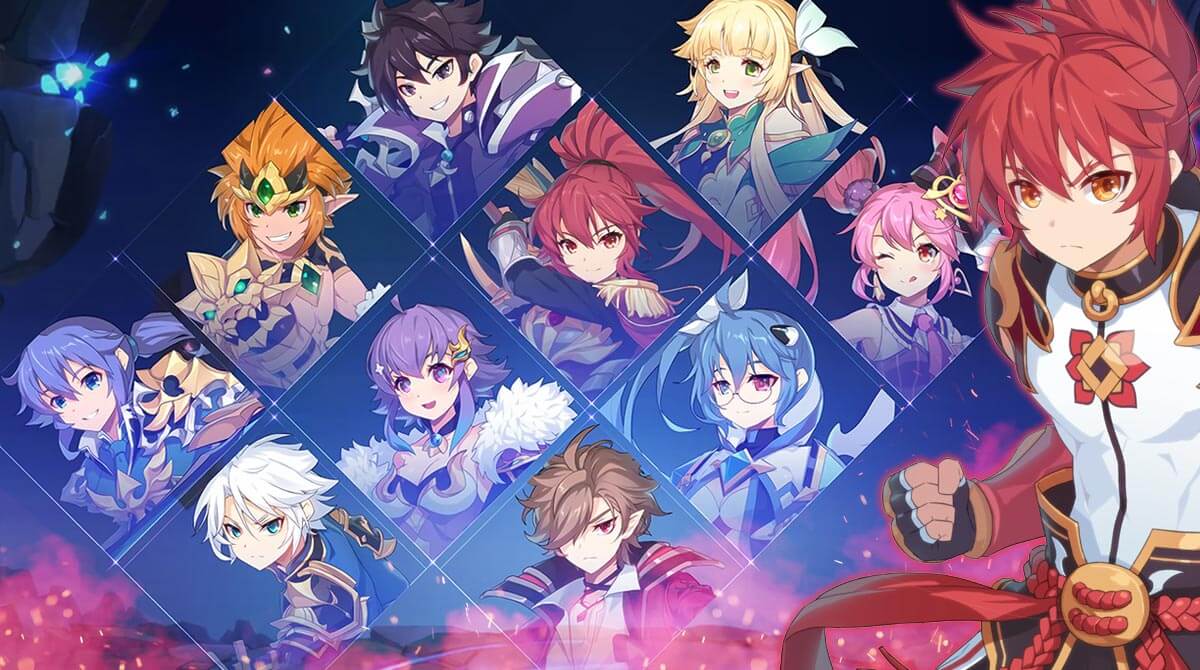 GrandChase offers the option of character customization as well. You can design and personalize your special character, and as you play them, their levels increase. As an added benefit, characters’ appearances and skills will be significantly altered if further character customization options are made available. Players can access various weapons and armor. With the help of the Job Change System, your character can develop their skills. These improved fighting techniques will inspire players to accelerate the development of their characters.

See the top-tiered GrandChase characters you can acquire for battle.

Born under the Aquarius sign, Ley values self-awareness and has a great sense of self. She dislikes people who act childishly and finds attraction in powerful and mature adults. But actually, she is a fragile glass cannon. Ley can summon servants in a certain way.

She either calls them to her aid in her abilities or uses them separately in conflict. These beings can be summoned separately and have their own AI, allowing them to move around freely like dungeon monsters. They also have movesets and special powers aside from an HP bar. When a summon’s health bar reaches zero, their timer runs out, or when Ley is defeated, the summon will be eliminated. 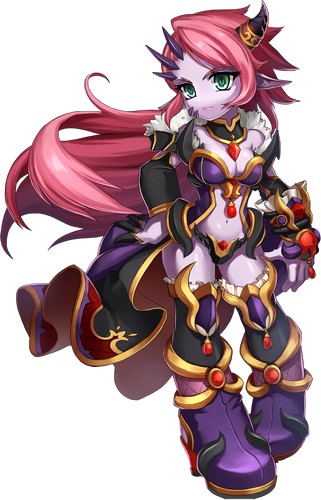 When the old conflict overran the Demon World, Master of Ironwood Nelia emerged. Early in the war, she quickly became well-known for her major contributions to the war effort. The moniker “Demon Queen of Greed” appeared to refer to her inherent qualities. Nelia’s quest for more was driven by greed. She lost everything and her life just as she believed she had attained the pinnacle.

Every time the casting is successful, Nelia summons creatures that lessen the amount of harm she takes. If players fail to block the casting blow of the summoned entity, the group will sustain significant damage. When both magic and physical damage are received, she additionally applies a double shield. Nelia will perform a wide attack if the player fails to stop her. This increases the damage that the party members take if they are hit. 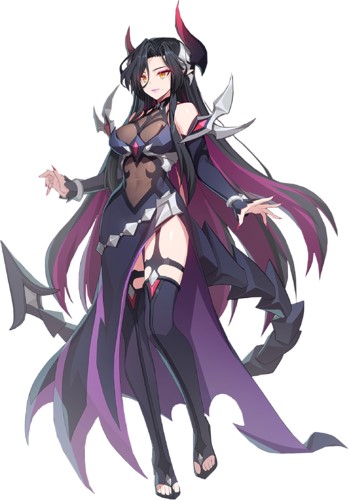 Veigas of the Terre Family is one of the best GrandChase characters. He traveled to several worlds in search of great new power. However, upon his return, he became furious at the meager number of Hardliners. Veigas decided to kill everyone who supported Heitaros and seize control of the Hardliners’ faction. He made this to balance the Moderates, the opposing faction.

Viegas wields a space-dominating ancient weapon called Deus Ex Machina. It is a support weapon that can crush a cube-sized space and be developed by demons. This is also the weapon that contributes to the power of this character. Veigas’ skill attack can cause splash damage thanks to the skill chain effect that comes with a multiple target advantage.

Harpe grew up next to Ronan because his family was a servant of the aristocratic Erudon family. He was a bit older than the Erudon heir and started as Ronan’s page. Most of his responsibilities include taking care of the young man and aiding his studies. He wields the extraordinary Wraith Reaper, a weapon painstakingly fashioned with the sun’s energy in its blade to slay demonic spirits.

Most of the time, it is employed as a charm to fend off bad luck. It is also occasionally seen outside of its sheath. The same goes for Harpe, who never draws his blade lightly but constantly has it by the hip. Always ready to be drawn at any moment. He is a versatile hero who can increase Party Damage followed by additional auto attacks.

Callisto was fearless. She was naturally courageous, which allowed her to be at the Vanguard. But after she lost her master, she saw that she had recklessness rather than courage. She acquired a dread as well but terror cannot easily consume her. Callisto learned the true meaning of courage through fear, and it was the epiphany that inspired her to transform into the Angel of Valor. 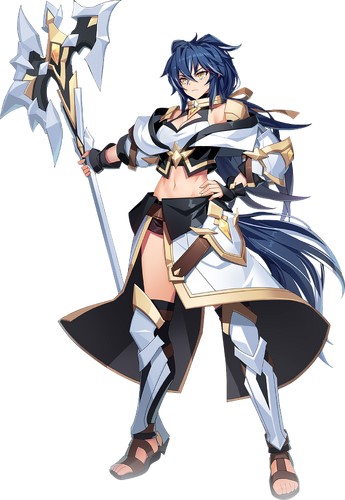 Callisto wields the Alioth, a superior celestial weapon with an unbreakable ax edge. However, as most celestial soldiers cannot support its mass, it had the unfortunate circumstance of being without a wielder. That’s when it just sat in its location for a long period. Luckily, Callisto managed to pick up Alioth in the hope that its weight would help her control her impulsiveness. However, this resulted in her adversaries having to contend not only with herself but also with her ax force pressing down on them

Elesis aspires to be powerful and frequently behaves like a guy because she is the first female to succeed in the Sieghart family. Sieghart’s silly antics have complicated her quest for her absent father, although she doesn’t keep grudges. She often turns to practice her sword to calm her thoughts when she feels overwhelmed. Her father groom her to be a superb swordswoman when she was young. While searching for her father, she learned about Kaze’aze in the Serdin Kingdom. That’s when Elesis decided to join the GrandChase while concealing her true identity to locate her father. 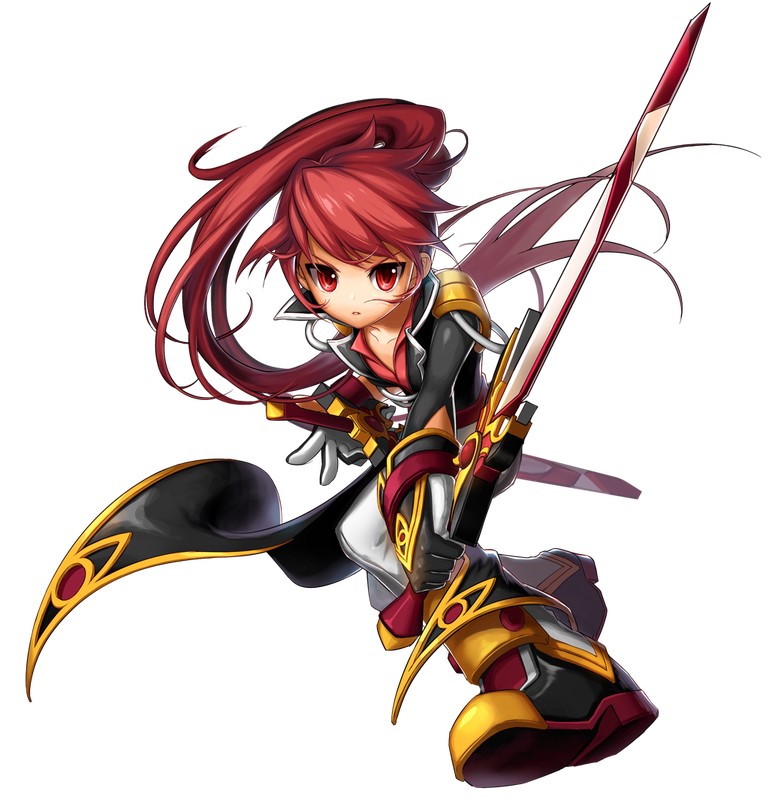 Elesis wields a Claymore that the Ruby Knights Captain alone is capable of possessing. Her father gave her the sword and the rank of captain. As her father walked away, she took the sword and stood there aimlessly. She and her father have never gotten along, and she has disliked him since she was a young child. The majority of her memories about her dad involve him working out nonstop. He has never given her anything else but the sword.

Europa’s job was to remain focused while she waited for the appropriate moment. The Angel of Judgment, who represents divine Punishment, prepared her spear while she awaited the day to arrive. Europa wields a spear that summons Jupiter’s strength. She considers it a tremendous privilege to get her weapon directly from Jupiter. She consciously reminded herself that, as Jupiter’s spear, she never allowed hers to swing carelessly. There was, however, no such feeling of compassion once she had the Spear.

Europa is a versatile hero who can inflict damage proportionate to the Enemy’s Health, a chance to Ignore Damage. She is one of the GrandChase characters that is highly recommended for PVP battles.

Kanavan Esnar Din with Serdin was one of the commanders who survived the devastating Explosion of Kounat. The evacuees were brought to Bermesiah by Kanavan and Serdin, who later became the very first Queen of the Kanavan Kingdom. The Kanavan Kingdom built the Serdin Kingdom to be their ally. It is built while constructing the powerful castle walls that will defend them from the monsters. Since the two founder royals from both kingdoms were close friends, the two nations maintained their affiliations for millennia as close allies. 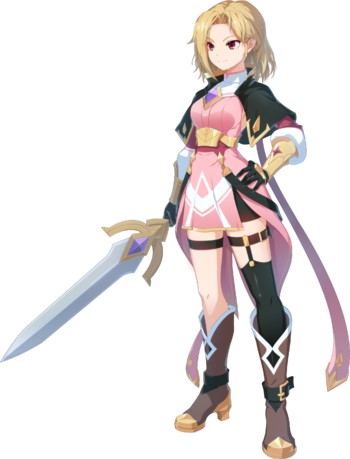 Kanavan wields the General’s Sword given by the Kounat King. Before becoming the General, Esnar Din Kanavan, a Kounat Knight known as the Sword Saint, served as the most dependable aide-de-camp. This greatsword is not only a beautiful work of art with superb performance. It also serves as a symbol of the King and Kanavan’s developing faith and trust. Also, the kingdom of Kounat’s master blacksmith is the one who made it. No one anticipated that Kanavan would use this sword to kill King Arsad.

Edel is the successor to the Frost lineage, a prominent clan in Serdin that continues to uphold the legacy of swordsmen fighters. The Frost dynasty suffered greatly through the battles where magic was Serdin’s primary weapon. Edel was renowned for her kindness and good nature. However, in the face of political intrigue, she had to set such traits aside to thrive in the army. So, even though it made her feel bad on the inside, Edel assumed a harsh and icy demeanor. Edel was successful in obtaining the position of Captain due to her tenacity and battle expertise. 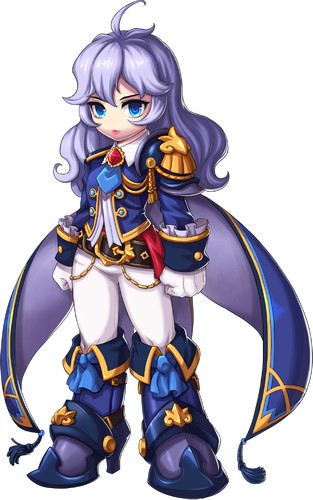 Edel wields the Rapier of Frost which is A Frost family heirloom that has been passed down through the centuries. No one in the Frost bloodline had ever fully utilized the vast amount of magic this rapier was endowed with. His family celebrated Adel’s birth as the birth of the rapier’s real holder. When Adel lost her ability to grasp a blade, they were saddened that the rapier had lost a true master. Given that Edel believes it is over, perhaps it is true.

Now that you have an idea of the top-tiered mage and assault GrandChase characters, it’s time to jump back into the GrandChase experience on PC.