A Beginner’s Guide To Playing Hide Online on PC

Most popular games revolve around the multiplayer genre. There’s a certain satisfying thrill that you can get when you fight and win against another player. The video game industry is filled with awesome multiplayer PVP titles. It can range from versus fighting games to MOBA and shooting titles. You can fight one-on-one or even squad up for an awesome teamfight. It’s hard to come up with something unique when the formula has been laid out. But of course, there are those hidden gems that offer a unique experience.

Hide Online is an awesome and unique multiplayer game that you can play on PC. The premise isn’t like other PVP-centric titles. Players get to choose between two roles: The Hunter and the Prop. The Hunter, as its name suggests, will track down the Props and shoot them. If the correct target was shot, then it’s a point for the Hunter. The Props are player-controlled objects that hide from the Hunter. Their job is to survive until the Hunter depletes its health. Now the core gameplay is unique and fun, yet it can also be challenging.

As a player, you might end up being one or the other. it’ll work to your advantage if you can successfully fill both roles. So luckily for you, we prepared a beginner’s guide so you can grab victory as both a Prop and a Hunter. 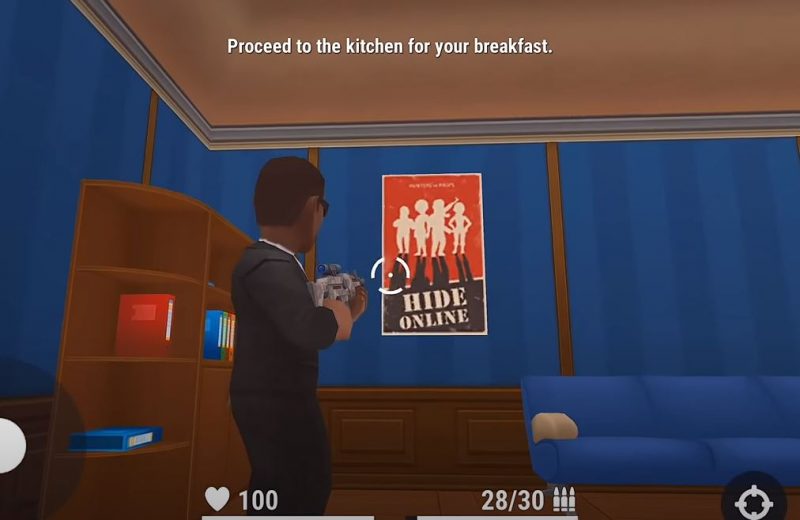 As the prop-thirsty Hunter, your job is to pop off players masquerading as props. It’s a tough challenge since the map is littered with all kinds of things. From a huge box to the tiniest grain of rice. Before we go into finding the props to hunt, let’s take a look at the features of a Hunter. Obviously, you have a gun with you to shoot props. You also have a health bar. Take note of this as it’s one of the most important aspects of your gameplay.

Your health bar serves as both your lifeline and bullets. Every time you shoot a wrong prop, you lose health points. So it’s better to be cautious when looking for targets. Now this proves the search for props a bit difficult. One of the surefire ways to check if it’s a prop-masquerading player is to shoot it. If a health bar and an emoji pops up, it’s a target.

Now there is another way. Pop your headphones or earbuds in, and listen to the music. A certain tune will play when you’re near a target. This narrows down your search, making it easier to find the Props. Naturally, the louder the music gets, the closer you are to your target.

As a Hunter it’s important to keep your eyes peeled, your ears open, and make every bullet count. You’ll never know what hides between the crevices or if someone is trying to pass off as furniture. Remember the key to succeeding as a Hunter is to shoot the right target, and not fire guns willy-nilly. 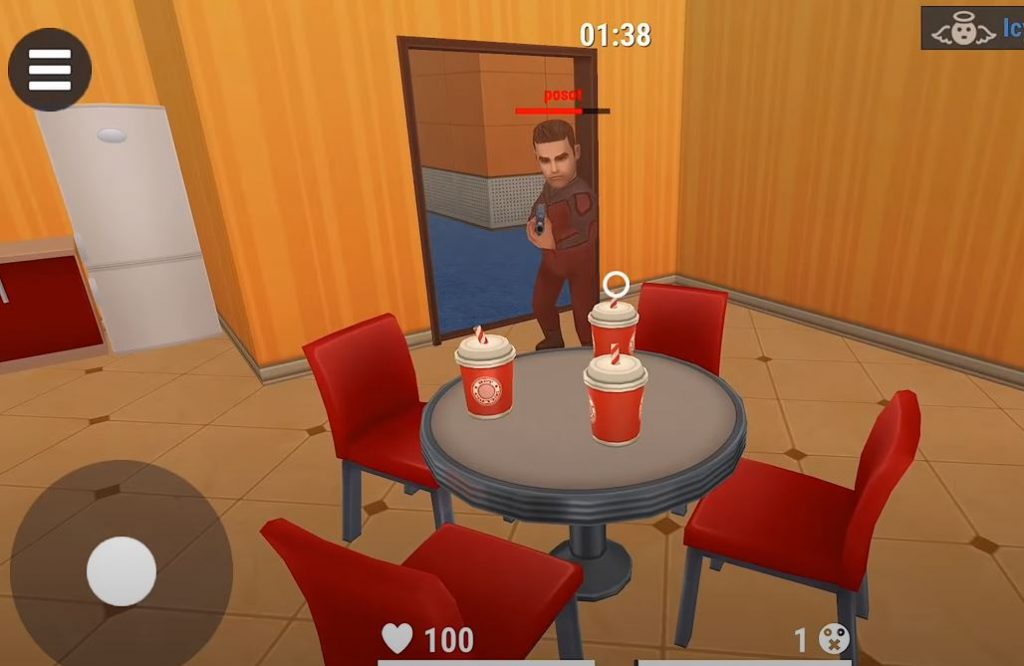 Hiding To Avoid Becoming The Hunted

Now let’s move on to being Props. Your natural enemy is the Hunter. You have a few items to help you avoid the predator and survive for as long as possible. One of your main features is to transform to any inanimate object no matter how big or small. You can pass off as a burger patty or a couch. You also have weapons like the “the transform” weapon. This allows you to turn the Hunter into an animal for a few seconds. You can use the time given to you to run away as far as you can.

As a Prop, you can change into any object at-will. There are no limits to how many times you can change during a match. However, if the Hunter catches you in the middle of transformation, then you’d better run. So let’s move on to the tips. Ideally, you can transform into anything and the Hunter wouldn’t notice. However, if the predator starts shooting, and the bullet grazes you, then you’re discovered. So it’s better to transform into smaller objects so you’ll be harder to find. It also makes sure that the bullet misses you for most of the time.

Your transform weapon has limited use. Use it against the Hunter when you’re sure you are cornered. The moment it turns into a helpless animal, run as far as you can. Once you’re out of sight, change into a different prop. If you run out of the weapon, you can watch a video ad to gain more. You might also get other rewards like the respawn feature. So that’s about it for our beginner’s guide. Play this exciting hide-and-seek video game in PC today!