Released by Ubisoft Entertainment, Hungry Dragon is an arcade action-adventure game that will surely captivate your interest. As the game title suggests, you will be dealing with loads of eating activities, not you, but your hungry dragon.

You will need to control a certain dragon with its intemperate need for food in this game. The gameplay is engaging and straightforward. With its excellent additions, you will surely feel the addictive feeling to devour and feed your adorable dragon that keeps coming for more.

A Peek of the Dragon Show

You will start your appetizing journey with a charming tiny dragon in playing Hungry Dragon. As a little dragon, it can eat small-scale creatures like small birds, spiders, fish, and other bits and pieces. 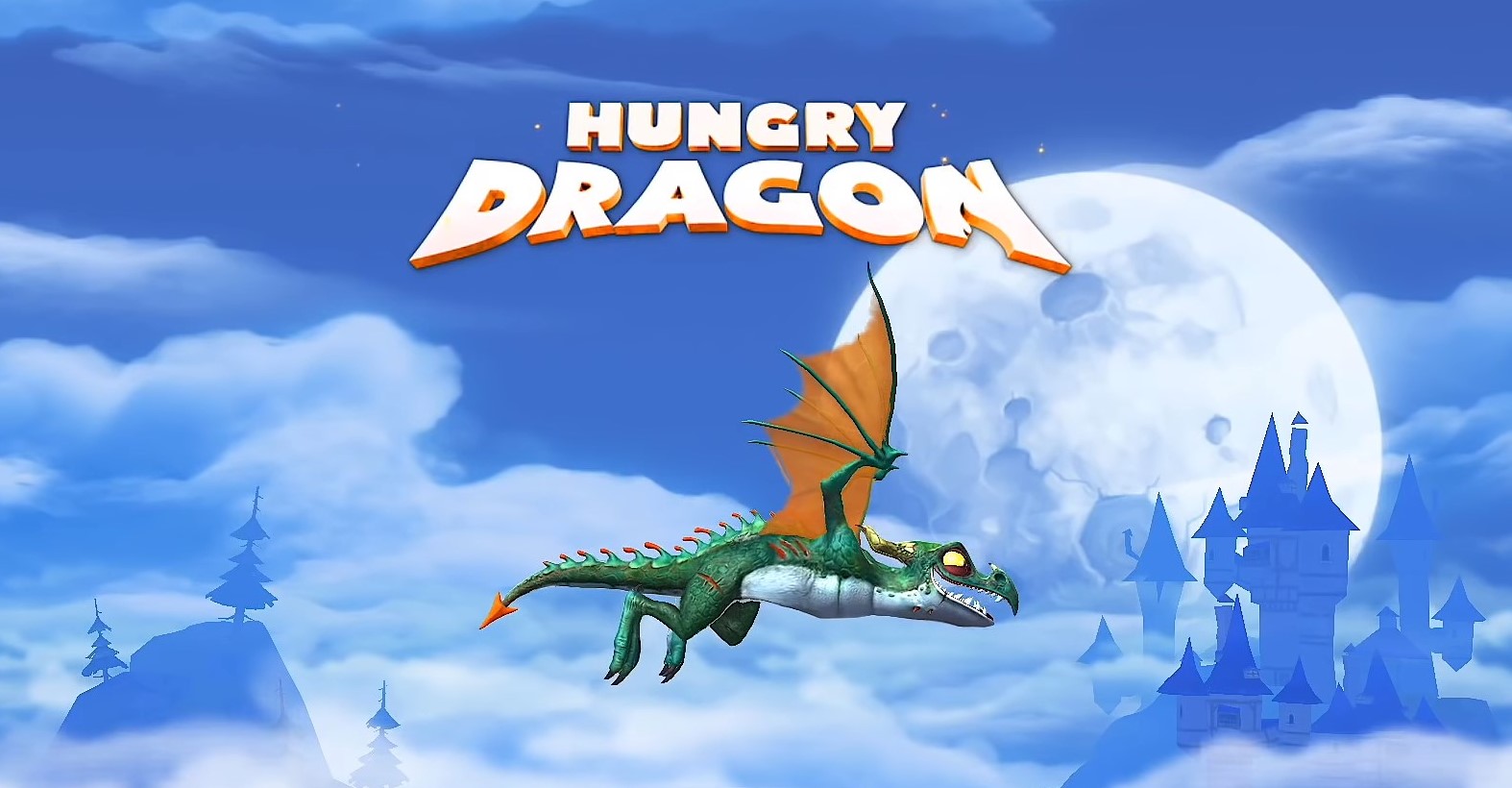 These dragons can eat humans, too but if your dragon is still tiny, you can do some small bites first until everything is all down. To maintain the stability of your dragon, you need to guide its hungry journey in different locations such as forests, hills, villages, and other places, to keep the breadbasket full.

As you progress through the game, your dragon will become fast and more prominent as you access unique costumes, epic dragons, exotic pets, and upgrading abilities. Also, you can unlock more powerful and better dragons by using coins and maximizing the level of the dragon to unlatch the next one.

What are the Available Hungry Dragon Dragons?

Obviously, the focal point of the Hungry Dragon is the Dragons themselves. As mentioned earlier, you can get bigger and stronger dragons by using coins and leveling up a particular dragon to reach the next type. Another way to get more refined dragons is by spending gems, but still, you need to max the level of your current dragon first to do this.

Generally, the Hungry Dragon designed and grouped the dragons according to six tiers; the XS, S. M, L, XL, and XXL. The XS tier is where your starting dragon came from, while Tier XXL is the group where the strongest ones belong.

Here are the dragon tiers, along with the list of dragons unlockable in each tier. 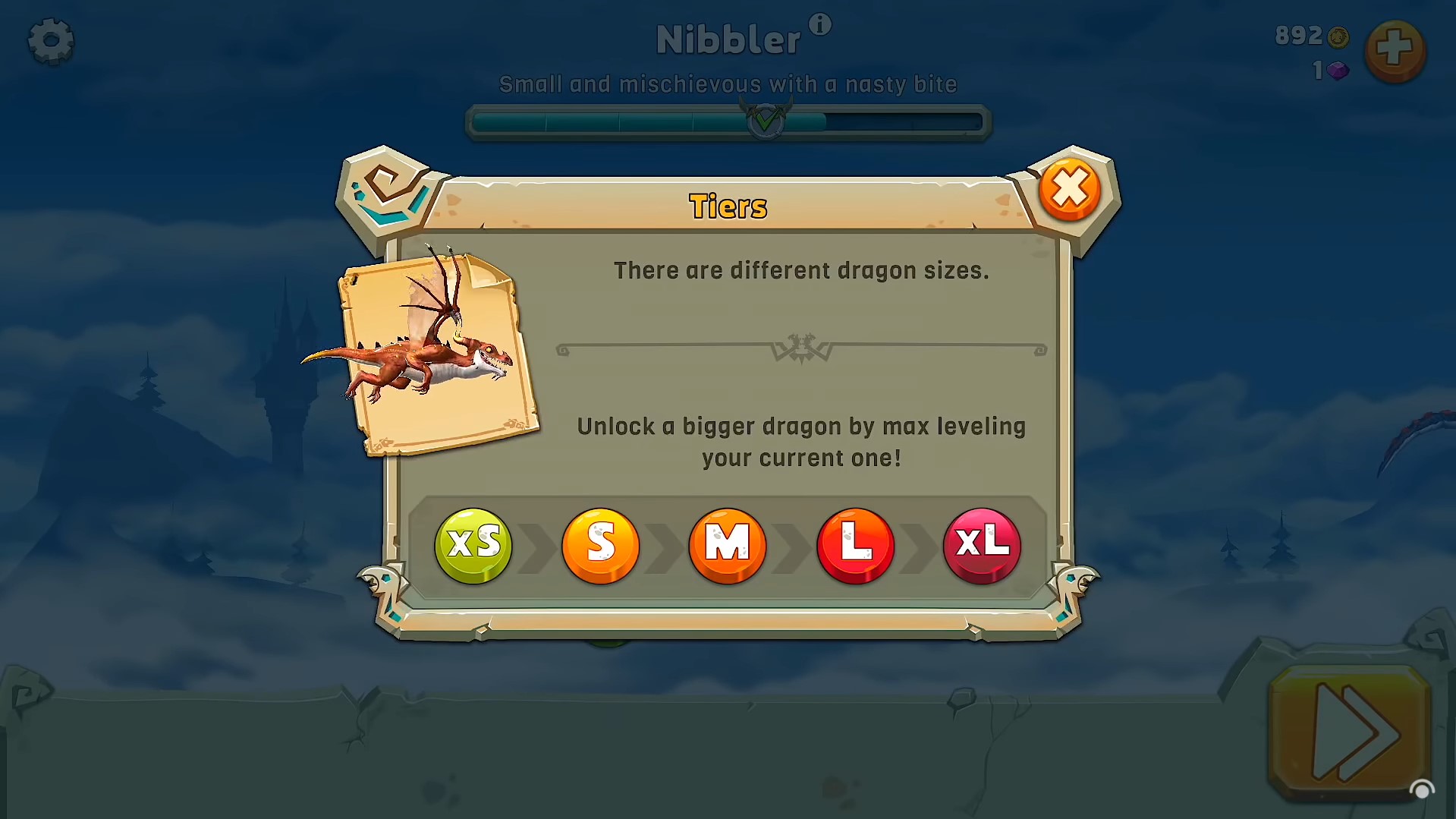 You will only find the Nibbler in this tier, renowned as the most miniature dragon of all dragons. It will also be your first dragon in the game. As the first dragon, it is a given that the health and boost of this dragon are relatively low.

Under this tier, there are two available dragons. So, once the Nibbler is ready to upgrade, it will transform to Mad Snax or Sparks. Mad Snax has a medium-size breath range when the Fire Rush is activated. It is an average dragon but fragile by mines.

On the other hand, Sparks is a female dragon with distinct stats. This dragon was notable for its hyperactive nature. Like Mad Snax, Sparks is vulnerable, as the tip of her tail always triggers the mines. 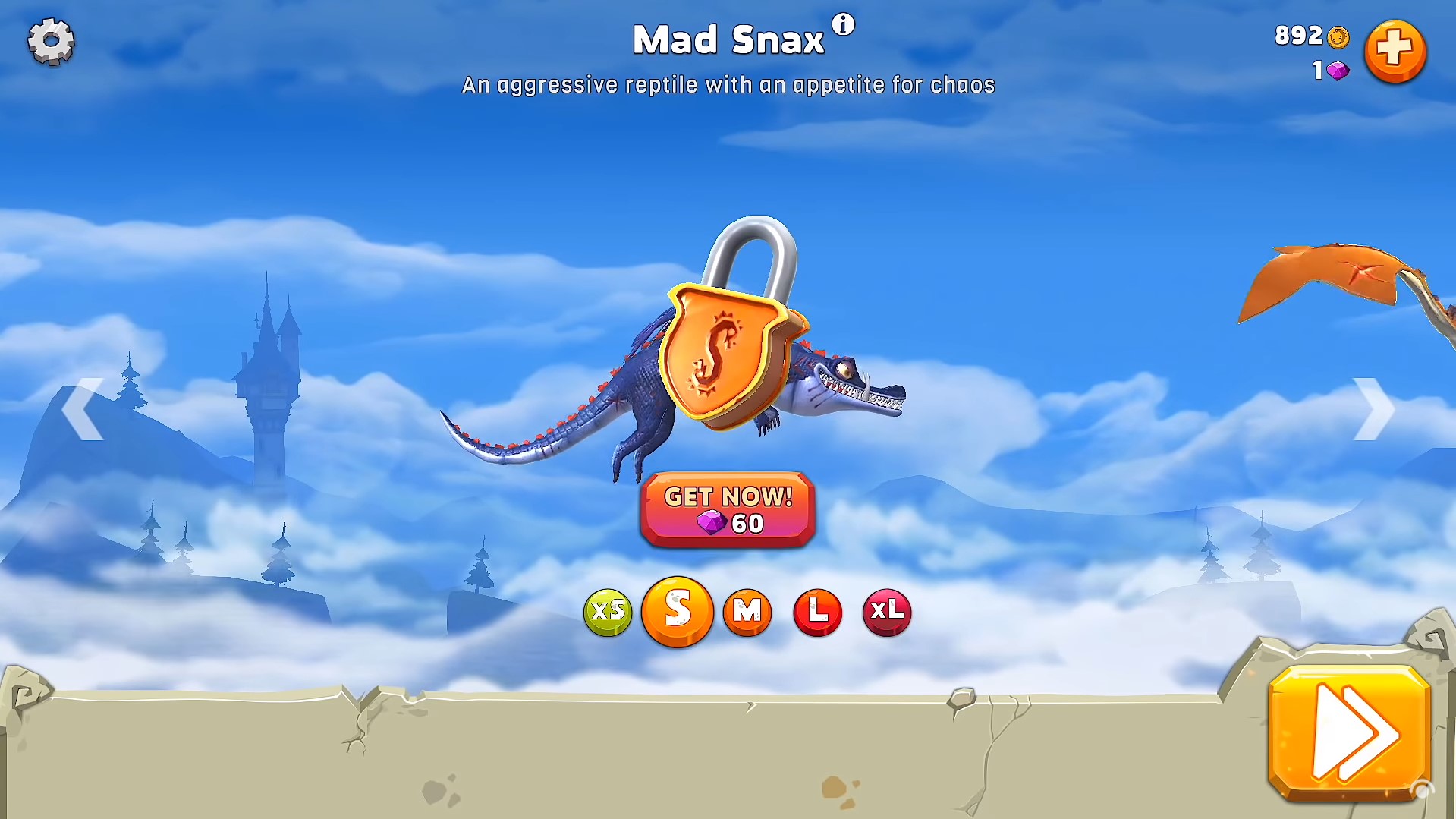 Under Tier M, you can unlock better dragons than Tier S like Tony Dragone, Jekyll & Fried, and Zhe Long. Before, Don Drago was part of this tier, but it was removed from the game in 2020 for some reason. Once Sparks is ready to upgrade, she will turn into a purple dragon with blue head spikes named Tony Dragone, the first Tier M dragon.

On the other hand, Jekyll & Fried is a two-headed dragon. It is a magnificent dragon, but Jekyll seems to be the only head that eats prey, while Fried is feeble-minded. Lastly, Zhe Long is a wingless dragon, derived from a Chinese word that means wise dragon and long body. 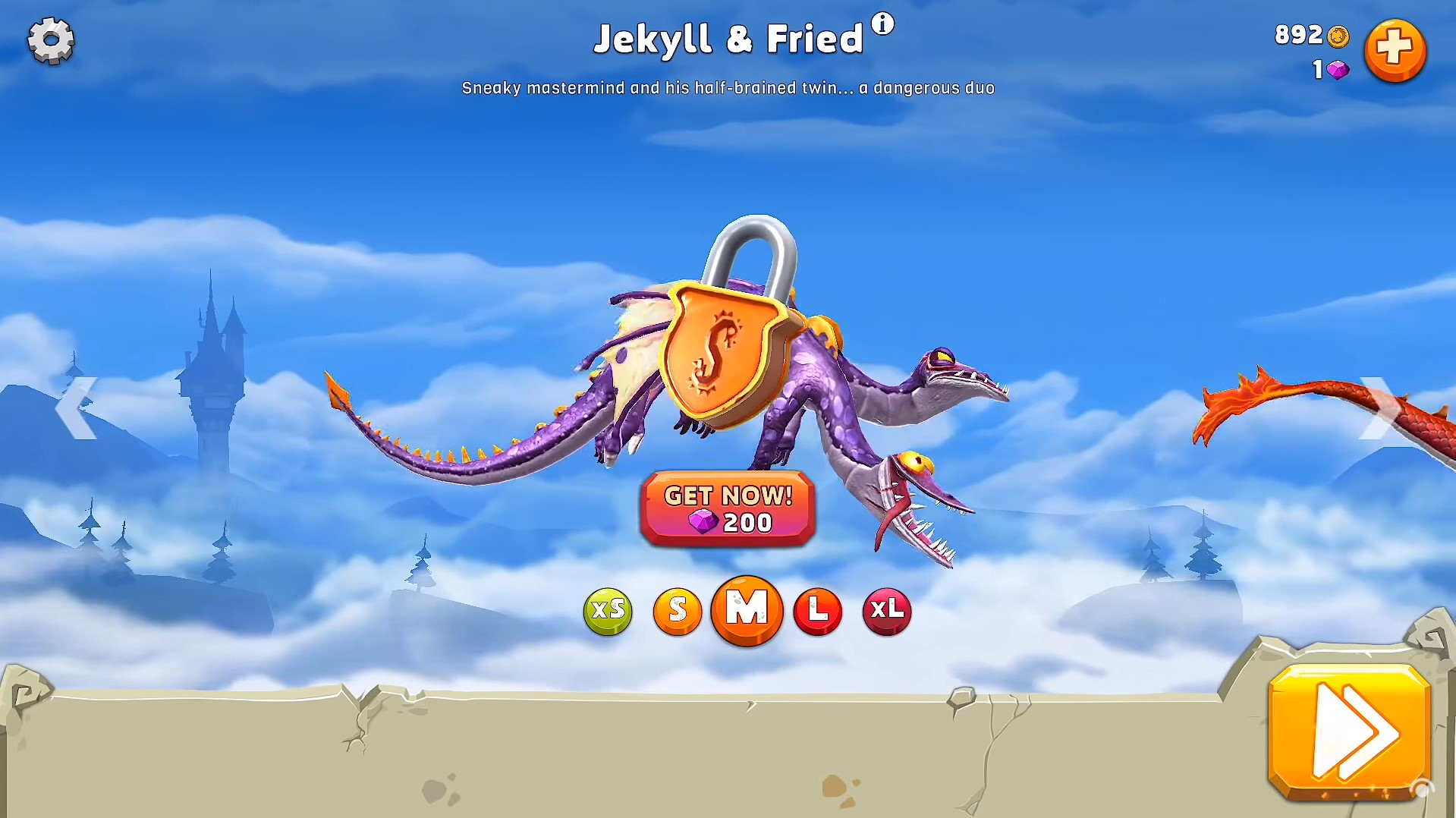 Like the former Tier, this tier also has three dragons, Blaze, Dante, and Jawfrey. Blaze is the first Tier L dragon and is renowned for its solid and significant attributes. It has the ability to cram down dragon opponents, goblin airships, and trolls.

The following Tier L dragon is Dante; a more significant type than Blaze. His Fire Rush can last longer, and its spike can cause lag as it releases various particles and glows effects. The last member of Tier L is Jawfery. This dragon shares a similar body type with Don Drago, Blaze, and Mad Snax. 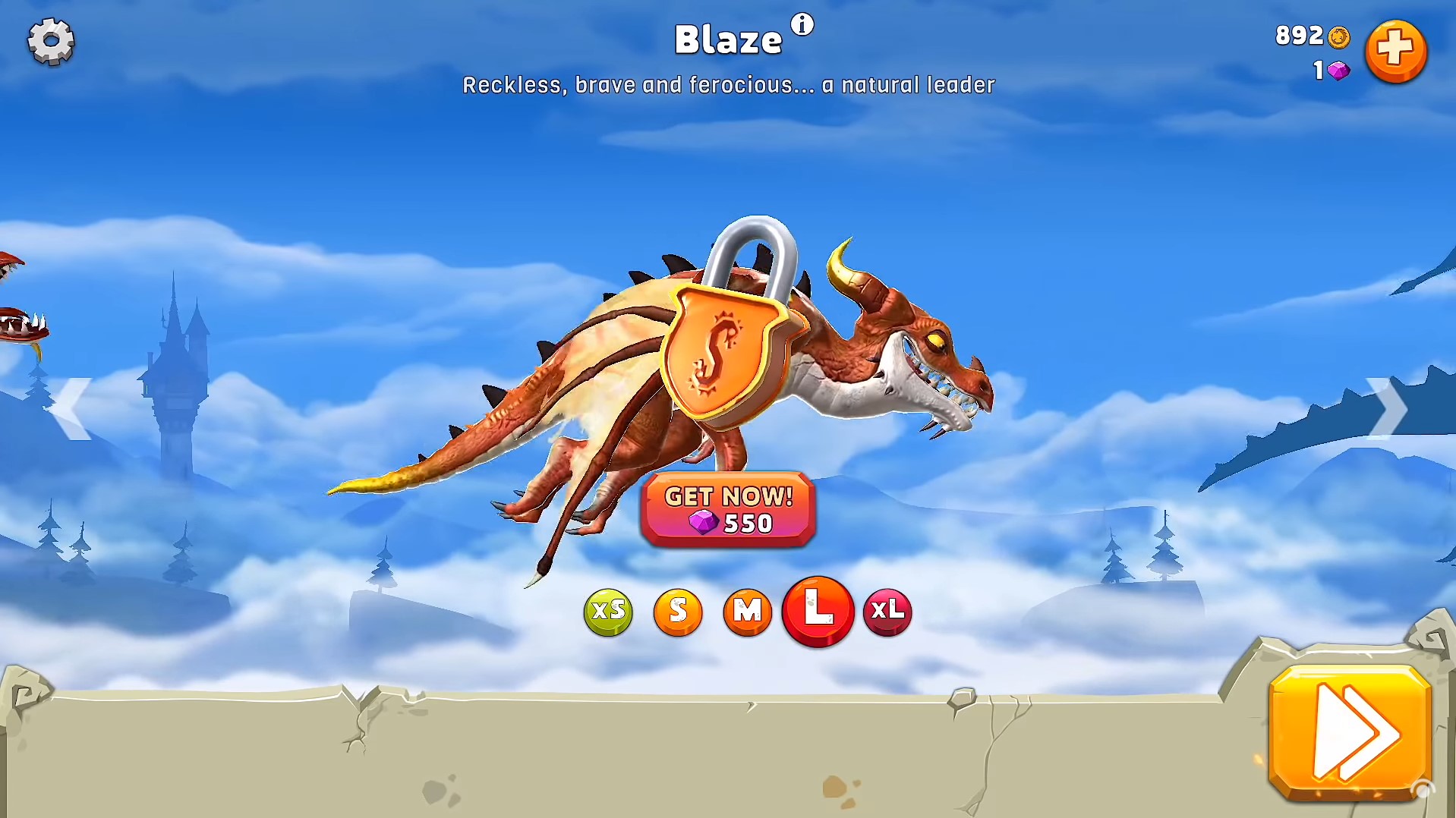 Once your Tier L dragon is ready to upgrade, it will transform into a dragon that belongs to Tier XL. Under this tier, three dragons are also included. They arePoseidran, Draconis, and Goldheist.

The first dragon in this Tier is Poseidran. Though this dragon is small and thin among the other XL dragons, this dragon is excellent in coin grinding, burning prey in a vast area, and resisting hits. However, even if Poseidran looks like an aquatic dragon, you can’t count on him for swimming.

Next to Poseidran is Draconis. It is the eleventh dragon and one of the most enormous dragons in the game after Goldheist. Though it is notable for its massive size, this dragon seems to be mysterious yet powerful. 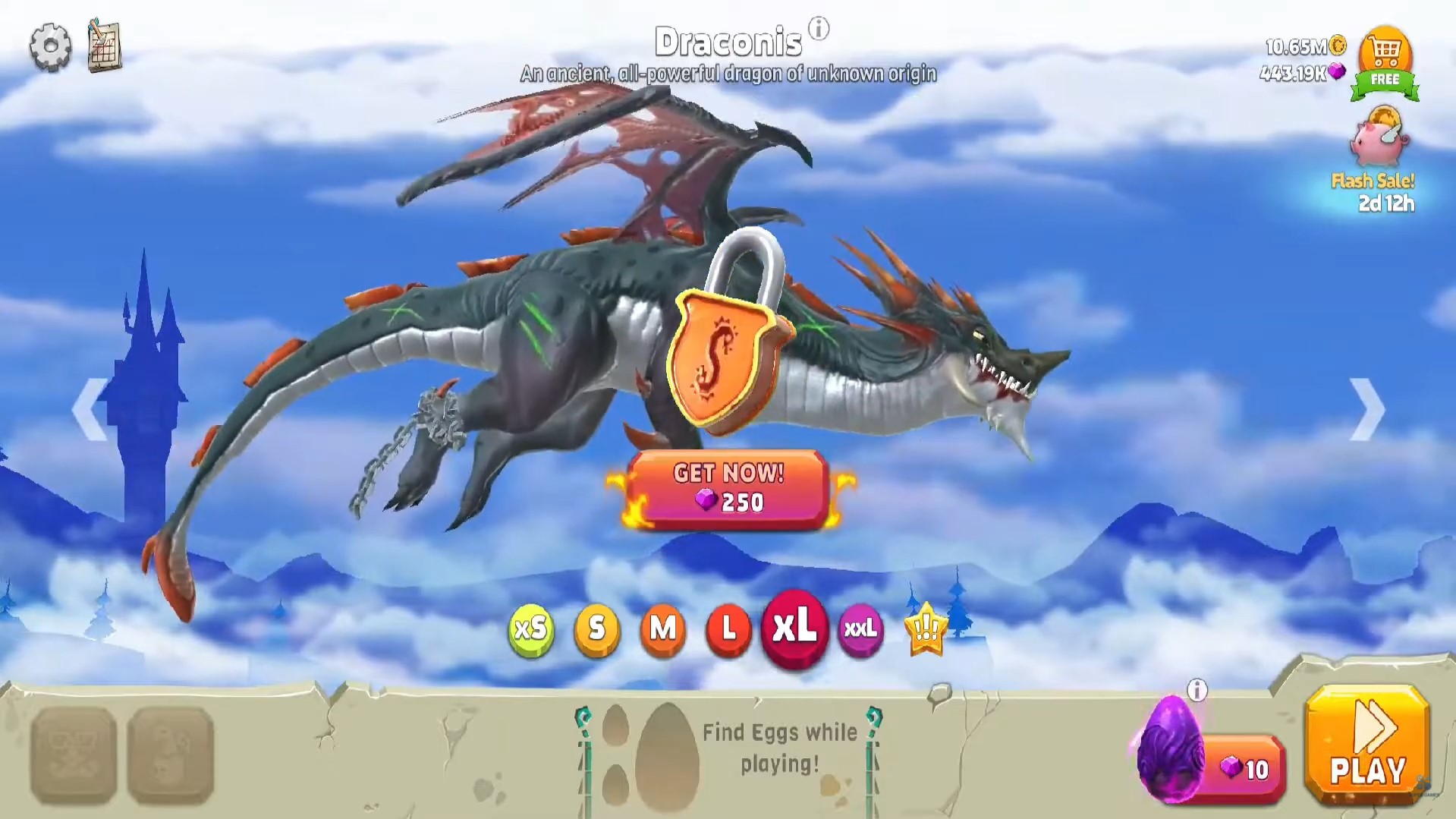 Goldheist is the twelfth dragon and the largest non-legendary dragon after Umbra. Renowned for being materialistic and selfish, Goldheist is a real hoarder as it can get every gold, gem, and rare item on its journey.

If you are looking for the best dragons, you better do extra work and aim for Tier XXL dragons. Under this tier, there are eight potent dragons with outstanding abilities and power. In here, you have a chance to obtain dragons like Umbra, Analysis, Skully, Helion, Raktavi, Geogantis, Jade, and Kahl’mari. 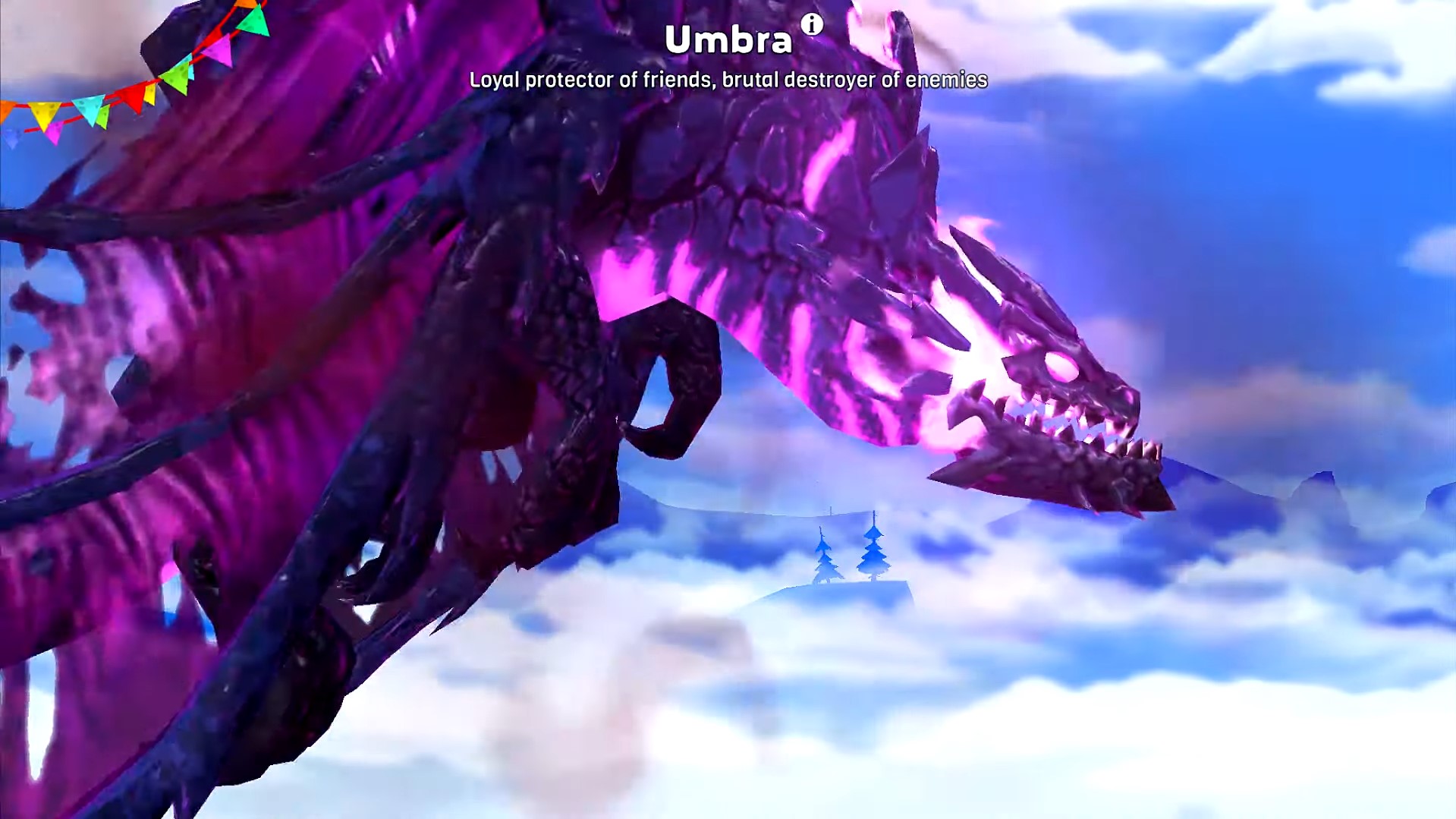 So, here is the list of the unlockable Hungry Dragon dragons you can consider aiming for. As you start in the first Tier, you can fly with the best dragon from Tier XXL with your perseverance and determination.

At what Tier does your current dragon belong? Share it here! Plus, stay tuned here for more information and updates about this wild arcade game.

Digimon ReArise Guide – The Strongest Digimons In The Game