There are battle items and held items. Held items are the ones that provide passive advantage. Their boosts will automatically activate as long as conditions are met. The Battle items are the active items, which you can use anytime in the game. Take note, they’re like skills since they will have cooldowns as well. You can equip 3 held items and 1 battle item to each Pokémon. Items are purchased at the Aeos Mart and you’ll use Aeos Coins or Aeos Tickets.

Let’s first discuss the available battle items in Pokémon UNITE. There are currently 8 available battle items that you can purchase. And these are X Attack, X Speed, Full Heal, Goal-Getter, Fluffy Tail, Slow Smoke, Eject Button, and Potion. The X Attack is an item that raises your Pokémon’s attack and special attack stats for a short time. This item has a 40-second cooldown. The X Speed will increase your Pokémon’s movement speed and prevent them from being affected by a movement speed debuff. It has a 50-second cooldown. 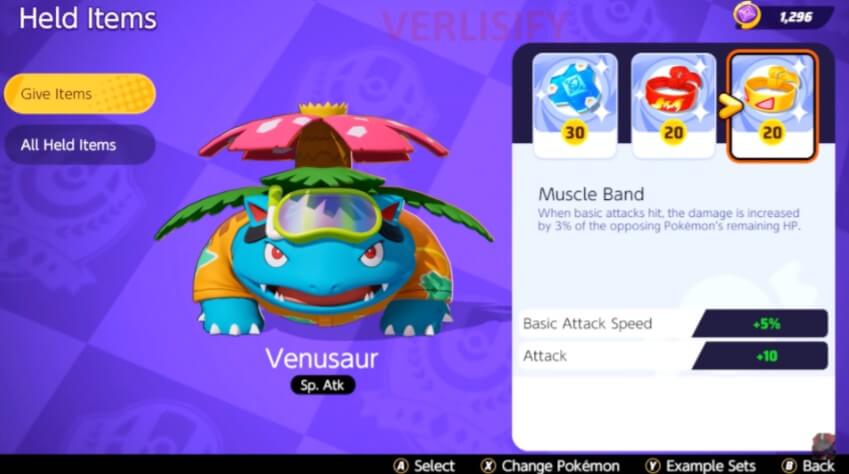 The Attack Weight will give a slight boost to attack upon scoring a goal. The Aeos Cookie will slightly boost your Pokémon’s health and then increase the Max HP on scoring a goal. The Buddy Barrier will provide a defense shield to the one with the lowest health whenever you use a Unite move. Energy Amplifier gives a slight boost to recharge time of your Unite move while increasing its damage as well. The EXP Share will boost health and movement speed as well as provide your Pokémon with tiny experience if it has the fewest experience in the team.

Pokémon UNITE items are a great addition that can make the game more exciting and challenging to play. There are many different items available and we provided the details and information you’ll need about them in this blog post.