Pokémon UNITE is a unique and interesting action multiplayer game published by The Pokémon Company. One of the unique things here is that you’ll be using Pokémon as your heroes. But that’s not the major difference that this MOBA game has. The major difference is the objective to win the match.

In a typical MOBA, your objective is to destroy the main building in the opponent’s base. But that’s not the goal in Pokémon UNITE. In fact, there won’t be any buildings to destroy. There will still be a lot of battles and killings, but the main objective will be different. To win a match, you’ll have to score points. The team that has the most points by the time the match ends wins.

To score points, you’ll need Aeos energy, which you can acquire after defeating wild Pokémon. There are many wild Pokémon in the arena, including a boss Pokémon. But what are these wild Pokémon? Let’s discuss more in this Pokémon UNITE wild Pokémon list.

There are three types of Pokémon that you can find on the map of Pokémon UNITE. These are the Normal Wild Pokémon, Normal Buff Pokémon, and the Boss Pokémon. The wild Pokémon are the ones that you need to defeat to get Aeos energy. When you acquire the energy, you dunk it on your opponent’s goal post. The wild Pokémon will also give your Pokémon experience, allowing them to level up and become stronger. 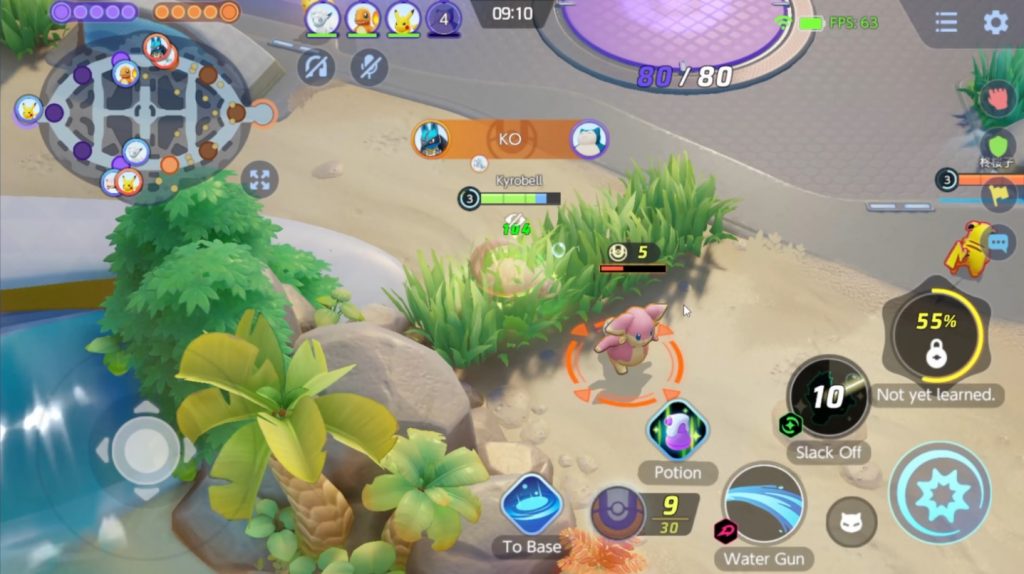 There are currently 20 wild Pokémon available. All these wild Pokémon won’t be available on all maps. Instead, they’re distributed in the four maps of the game. The buff Pokémon, as the name suggests, will provide your Pokémon with buff after you defeat them aside from the Aeos energy they will drop. There are two buff Pokémon where you can get the purple and orange buff. These Pokémon are only available in the Remoat and Mer Stadiums.

The last is the boss Pokémon, which is the strongest wild Pokémon in Pokémon UNITE. Defeating them will not only provide tons of Aeos energy, but they also provide additional benefits to the team that defeats them. There are currently five boss Pokémon in the game, and they respawn constantly on the maps. Zapdos will only respawn once on Remoat Stadium. Let’s now discuss in more detail each wild Pokémon type.

Each wild Pokémon will provide different Aeos points. The lowest that you can get is two points, while the highest is seven points. It is also worth noting that not all wild Pokémon will spawn at the same time. Some may spawn earlier, while others spawn later. Once defeated, certain wild Pokémon will respawn after a short period.

There are two buff Pokémon available in Pokémon UNITE, and they are Bouffalant and Ludicolo. Bouffalant provides the orange buff. Once you have it, your normal attack will slow down enemy Pokémon. The buff Pokémon, Ludico, will provide the purple buff, and it will allow you to deal higher damage against enemy Pokémon with low health. Both Pokémon are only available in the Remoat and Mer Stadium.

You can earn as much as six Aeos energy for defeating a buff Pokémon, aside from the buff that they provide. So, they’re a Pokémon that you should try to defeat to get an advantage.

Finally, there’s the boss Pokémon, which are Rotom, Drednaw, Zapdos, Avalugg, and Regigigas. Each boss Pokémon provides additional advantages aside from giving tons of Aeos energy. When Rotom is defeated, he will head to the opponent’s goal post and assist the team that defeated it. Drednaw will then provide additional experience and defense to the team that defeated it, which can be a big help. 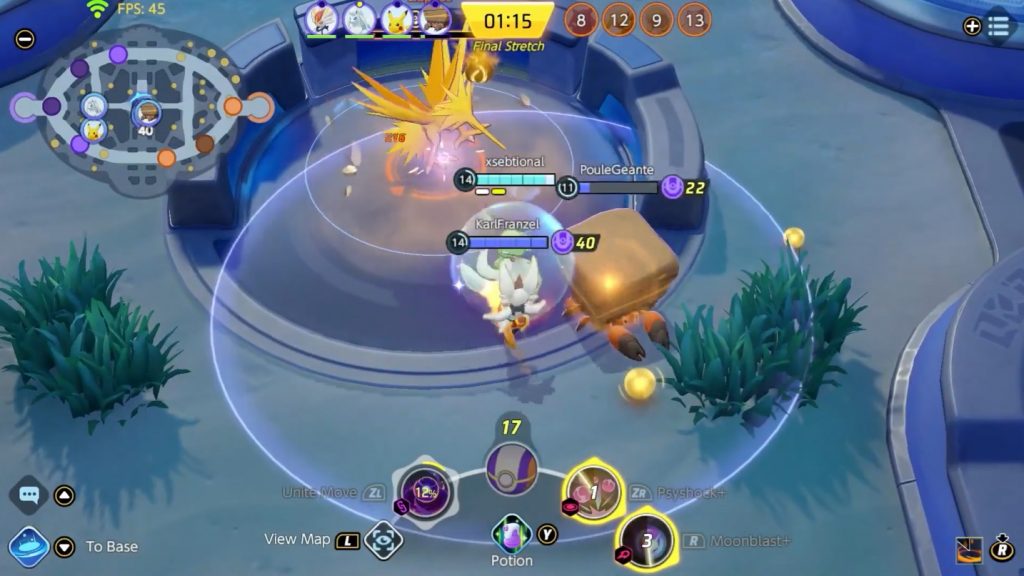 The legendary Pokémon bird, Zapdos, will allow the winning team to instantly score on the enemy goal for a limited time. Each member of the team will also get 20 points, while the person who gave the last hit will get 30 points. This is a great benefit to any team defeating this boss. All these four Pokémon are available in the Remoat and Mer map, with Zapdos only spawning once in Remoat.

Avalugg is a boss Pokémon that spawns on Shivre City, and it will provide 20 points to the person who gave the last hit. The rest of the team will also gain an additional 15 points. An Ice Shield barrier will also appear on the winning team’s goal, providing protection and can damage opponents. The last boss Pokémon is Regigigas. It will give 40 points to the team that defeats it.

Wild Pokémon plays an important role in Pokémon UNITE. They’re your source of Aeos energy, which you will need to score points. Aside from that, there are also the buff and boss Pokémon that provide additional bonuses to teams that defeat them. If you’re having trouble with the wild Pokémon, this Pokémon UNITE wild Pokémon list will absolutely help you.