Pokémon UNITE PC – Have Fun With This Unique MOBA 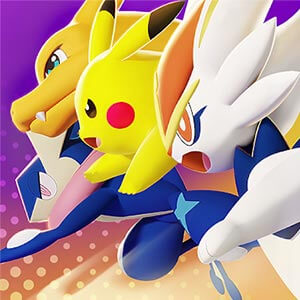 One of the most enjoyable multiplayer genres that you can play right now is MOBA games. They’re competitive, action-packed, and offer lots of excitement. If you’re a big fan of MOBA games, you will enjoy the newest game that’s been popular around the market this year. This time it’s not only about heroes that you’re battling with, but you’re fighting with trainers and pokemons! If you haven’t heard of it yet, then, it’s time to discover more details about Pokemon Unite.

It is a unique game made by the Pokemon Company which came out last July 2021. It has a 5v5 MOBA feature where you get to use Pokemon in a battle and destroy your enemy’s base. But this is not your typical MOBA game as there’s a specific goal that you need to achieve together with your team. Find out more information and techniques on how you can play Pokemon Unite in the next section below.

Learning How to Play the MOBA Game Pokemon Unite

Playing Pokemon Unite isn’t that complicated, especially if it’s your first time. It’s because the game focuses on simple techniques that each players can enjoy while fighting within the arena. Yet, for those who have no clue, there will be tutorials in the beginning to lead you with the entire gameplay. You can expect to learn about the basic movements, features and abilities as you go through the guiding phase. There will also be initial training battles with some Pokemon like Pikachu, for you to have an idea of the roles of each Pokemon.

Though playing the game might seem easy, it would be best if you run through the tutorial. This plan will help you to acquaint yourself and uncover some strategies on your own. As stated, the gameplay of this action MOBA is a bit different. The main objective of Pokemon Unite is to score as many points as you can in 10 minutes. The team with the highest point at the end of the game wins. So, ensure to have a good set of skills and communication together with your teammates to hit your goal at the end of each match.

In terms of scoring, you will need to acquire aeos. You can take each of this item from the wild Pokemon you defeat on the map. Aeos is the powerful item in the Pokemon, losing this will give your opponent a chance to score higher than your team. Once you have an aeos, make sure to proceed to 1 of 3 goal centers of the other team and dunk them there. However, bear in mind that you don’t have to put the aeos in the goal immediately; you can carry as much as you want before scoring. This will give you an advantage to dunk all the aeos that you have all at once, and dsetroy the enemy’s base on a single attack.

If that is the case, you have to take care of each aeos you are carrying as you might lose it when your opponent kills you. All aeos will be dropped on the ground, and the other team can pick it up. It’s also worth noting that you will cancel your scoring attempt if an opponent attacks you. The end goal is to defeat your opponent’s first before scoring in Pokemon Unite. Aside from the goal, acquiring various Pokemons in the game is included. The great thing about is that, each Pokemon can evolve and give better power to defend and attack in the match. Overall, it’s a fun game that you’ll definitely love playing with your friends and co-trainers online.

The Features of the Action MOBA

If you’re looking for other fun action games, then you should try Mobile Legends: Bang Bang or Marvel Contest of Champions. Both are fun and awesome games you’ll also enjoy. 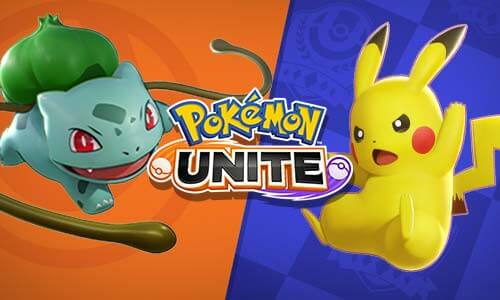