Who would have thought that there would be a MOBA game about Pokémon? Well, that’s what Pokémon UNITE is, an action multiplayer MOBA game published by The Pokemon Company. It’s a 5v5 MOBA game where the heroes you’ll use in the game are Pokémon. You’ll use them in battle and take objectives to help your team win. The gameplay is pretty much the same as that of any MOBA game.

However, this game is different from most MOBA games. The main difference would be in the map layout and the objectives you need to complete to win. To help you understand them better, this Pokémon UNITE guide will help you. We’ll discuss the map and objectives so you can understand how the game works.

The first thing that you should know about Pokémon UNITE would be the objectives. The reason for that is knowing the objective will give you an idea of how to win a match. Like in any MOBA, you need to complete the objective to win in this game. We’re sure you’ve likely experienced a game where your team achieved the most kills during the match but still lost. That’s because your team didn’t focus on the objectives. 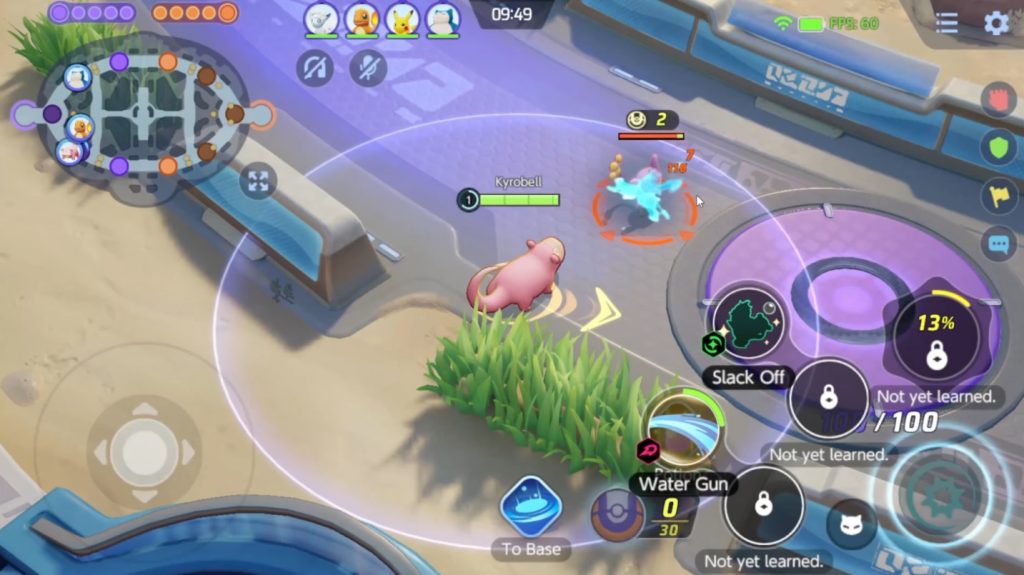 That is the same for Pokémon UNITE, which is why objectives are important. Completing the objective will determine who will win the match. In this game, the objective is different from the usual MOBA because the team that wins is the team that has the most points. It’s all about scoring points here.

Although there would still be a lot of killings involved in every match, there won’t be any base destruction. You won’t have to destroy a base to score points. Instead, you’ll need to acquire Aeos energy and then dunk it on the opponent’s goal post. There are three goal posts in the opponent’s area, and you can score in either one of them. The Aeos energy is acquired after you defeat wild Pokémon located all over the map.

You need to score as many points as you can before the timer runs out. Take note that the Aeos energy you acquire can be stolen if an enemy defeats you. So, make sure you score immediately once you get Aeos energy.

Now that you’ve learned about the game’s objectives, it’s now time to learn about the maps in Pokémon UNITE. There are currently four maps available: Remoat Stadium, Shivre City, Aurorma Park, and Mer Stadium. It’s important to note that all four maps can’t be used in all game modes. Shivre City, Auroma Park, and Mer Stadium can only be used for the Quick Battle game mode. 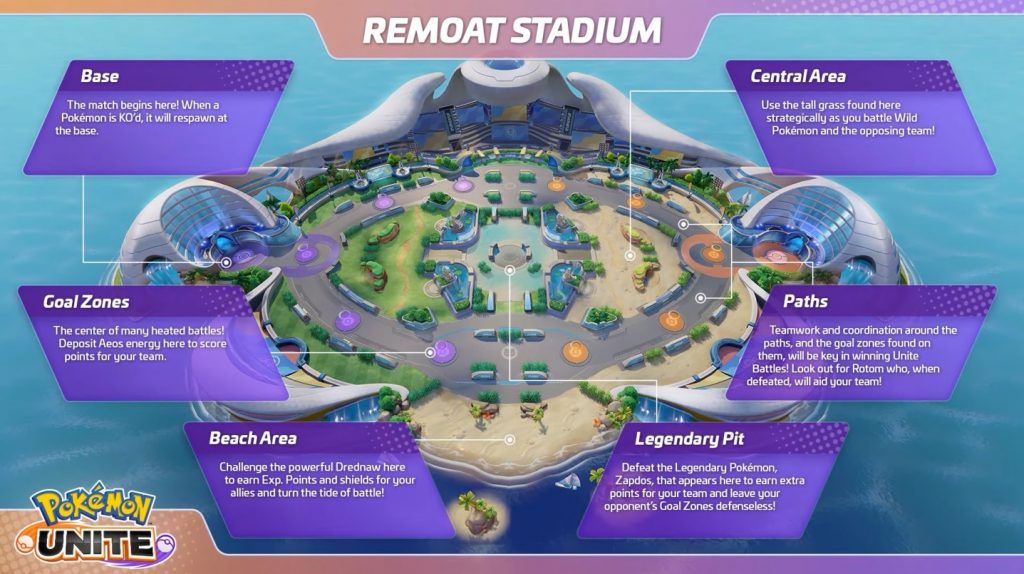 Aside from the common features, each map will have a different layout. Each map will also feature different wild Pokémon, as well as bosses, for you to defeat. So if you first played in Shivre City, don’t expect to encounter the same wild Pokémon when you play in Auroma Park.

There are also mini-maps available during the battle, which will provide helpful icons. These icons will let you know where certain things are. They indicate your points, your allies’ points, your goal zones (color violet), the enemy’s goal zone (color orange), and the opponent’s points. The mini-map will also show the icon of the wild Pokémon Icon and the Boss Icon. On top of that, it will also display the icons of players, so you’ll know where they are.

It’s important that you also pay attention to the mini-map since it helps make your gameplay easier when you know where certain things are. It will also make it easier for your team to strategize.

Pokémon UNITE is fun and unique as it is a bit different from the typical MOBA games because of its objectives and map layout. Make sure to remember this Pokémon UNITE guide so it will be easier for you to learn about the game and win every match.