If you are part of the colossal The Battle Cats community of players, then you may already notice many of the game’s characters, items, and contraptions are inspired by some of the most iconic franchises in pop culture. Not to be confused with the game’s collaborations, these references are more like a parody of the most influential brands that helped shape today’s pop culture.

With that said, if you are new to this casual game or a veteran player who somehow missed these references, then you are in luck as we handpicked and listed some of the most notable references from the latest version of the game.

Here are the most notable references from some of the popular manga and anime characters. Fans in this genre will surely be able to recognize these references.

The first on our list is the Time Traveler Cat, which is the true form of Catway the Segway riding cat. If you look closely, you will notice that the vehicle of this unit closely resembles the time machine in Nobita’s drawer in Doraemon. Not to mention that the unit’s name fits the description of the feline robot from the future in the mentioned anime series.

Lufalan Pasalan is the true form of the uber-rare cat, Tecologa. As you may have noticed, the features of this unit greatly resemble that of the main protagonist of One Piece. The stretchable limbs, the vest, and the straw hat are unmistakably inspired by Monkey D. Luffy.

The Battle Cats also features tons of references from the most successful manga and anime franchise of all time—Dragon Ball. Due to the vast number of references, we’ve handpicked some of the most notable in the game.

Aside from looking like a Super Saiyan, the description of Neo Psychocat is also a reference to the epic battle between Super Buu and Gotenks that took place in the Hyperbolic Time Chamber.

Evangelist Cat, including his level 10 evolved form, is a clear reference to the Emperor of Universe 7 Frieza. In addition to aesthetics, this cat unit also comes with a projectile-based attack that resembles Frieza’s Death Ball.

Kamukura is an uber-rare cat exclusive to the Dragon Emperors and Red Busters events. As you can see, this unit is an obvious reference to Shenron. Kamukura evolves to God Dragon Kamukura at level 10 and to God-Emperor Kamukura at level 30 with the help of catfruit.

In addition to manga and anime, The Battle Cats also boasts a plethora of comic book references. Check out some of the references below. 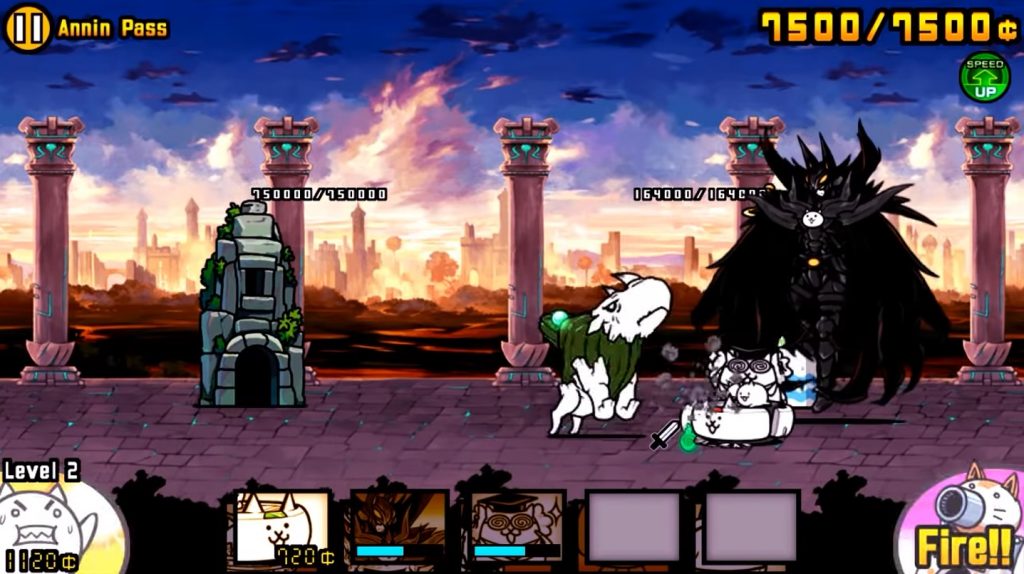 Catman is an uber-rare cat that becomes available during the Dark Heroes event. The image shown above is Ultimate Catman, which is the true form of the unit. As you can see, the design depicts the Dark Knight from the DC Universe.

As you may have noticed, the Mighty Cat is wearing the colors of Kal-El, known to most as Superman. Mighty Cat evolves to Supercat at level 10. You must beat the Advent Stage Blue Impact to unlock this rare cat unit. 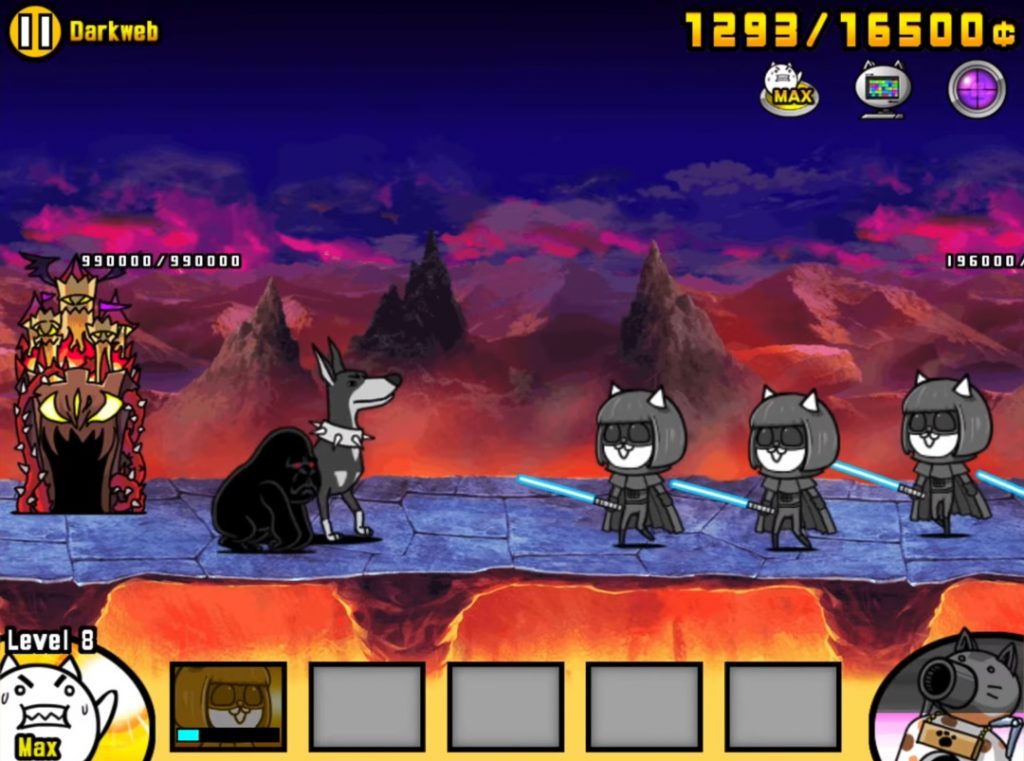 Similar to Dragon Ball, Star Wars is one of the most iconic franchises in the entertainment industry. With that said, it is not surprising to find multiple references to the movie in The Battle Cats. Check out some of the most notable below.

Dark Lazer is the true form of the special unit Dom Cat. As you can see in the image above, Dark Laser is inspired by Darth Vader. This unit carries a lightsaber and wears an outfit that resembles the one used by Lord Vader. You can unlock this character using 150 cat food once you complete Greenland in Empire of Cats Chapter 1.

Heavy Assault C.A.T is the true form of Cats in a Box. If you look closely, you will notice that the design of the unit resembles the AT-ST (All Terrain Scout Transport) used by the ground troops of the Galactic Empire.

Rover Cat MKII is the level 10 evolved form of Rover Cat. As you may have noticed, the design of this rare cat unit resembles the rolling astromech from The Force Awakens named BB-8.

The Battle Cats also comes with multiple references from other video games. Check out some of the notable ones below.

Dark Souls is an insanely difficult level that appears on the third day of each month as the first installment of the Crazed Cat Stage. The difficulty of this level justifies the direct name references of Bandai Namco’s Dark Souls, which is one of the most challenging video games ever developed.

At first glance, Commando Cat is just a cute feline in an Army uniform. This unit is the level 10 evolution of the rare Mer-Cat. Although this unit may not resemble Street Fighter’s Guile in terms of appearance, it can unleash the iconic “Flash Kick,” which is Guile’s signature kick attack.

Play The Battle Cats on PC

So, what do you think about the reference? In case you are wondering, the ones featured above are just a fraction of the ones found in the game. With that said, feel free to discover the other references by downloading The Battle Cats on your PC. Just key in the title of the game on the search box and follow the instructions provided on the page.