Tower Defense King is a game any tower defense fan should definitely check out. Despite its late 2017 launch, the game has managed to make a name for itself. It features a concoction of basic tower-defense mechanics, brilliant visuals, a diverse cast of highly detailed characters, and a rich setting that focuses on replay value.

With that said, if you are one of the players who recently discovered this gem, then you are in for a treat. We have a basic list of tips and strategies to help you stay ahead in the game. But before we jump into the specifics, let us take a quick overview of some of the elements that make this title the king of tower defense games.

Tower Defense King comes from the video game development studios of Mobirix. They’re known developers of highly downloaded games like Dungeon Knight, Dino Hunter King, and Idle Knights. This highly immersive game as mentioned before comes with all the basic mechanics of a tower defense game. What makes it stand out from other titles in the genre is the simplicity and modesty of its entire structure.

Tower Defense King shies away from flashy AAA presentations focusing more on functionality and accessibility. As some of the biggest titles in the freemium market, its user-friendly interface and mechanics were positively accepted by the casual gaming community.

The best part is that the game’s modest design did not affect the game’s difficulty level. In other words, Tower Defense King is a game that’s easy to learn but challenging to master. Speaking of mastery, feel free to check out the strategies below to help you FastTrack your way to progression. 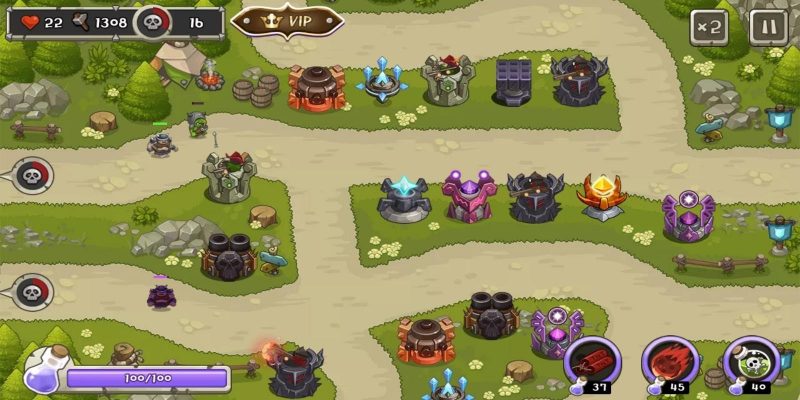 Learn The Ropes Of The Tower Defense Game

Just like any game in the strategy genre, Tower Defense King comes with multiple features in its core. This means that getting to know its basic elements and features is as important as the main tutorial itself. Speaking of elements, Tower Defense King features four base towers (Arch Tower, Barracks, Cannon Tower, and Magic Tower). Each tower comes with its skill evolution tree accessible during an active level. The game also features a hero system, tower stats upgrade, and much more.

In addition, the game also comes with its commerce made up of in-game currencies like gold, stone, and diamond. With that in mind, always remember to conserve and plan your spending activities in the game. You must avoid using your in-game currencies to hasten up some of your activities. Other than that, you can also take advantage of the game’s ad reward system to acquire premium gems without spending a single dime from your pocket.

Make Good Use Of Your Unit Upgrades

Another feature that new players should consider looking into is the upgrade system. Tower Defense King comes with three upgradable components; Tower, Skill, and Specials. The components come with their skill tree in the game. With that said, this is where having a spending plan comes into play. In other words, you must make it a habit to check the upgrade room regularly and plan your upgrades carefully. Always keep in mind that Tower Defense King is still a freemium game designed for monetization. 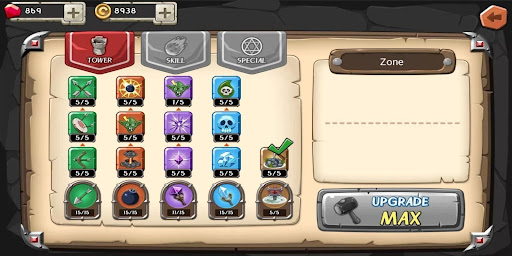 There are two iconic strategies in playing Tower Defense King. The first one involves patience and in-depth planning which is a slow process. The first strategy, for the most part, is the safest and the most time-consuming strategy among the two. Players who use this method are less aggressive and prefer not to click the advance enemy deployment button.

Opposite to the first strategy, clicking the enemy deployment button as early as possible is an aggressive way to win. Allowing your enemies to appear on the map early will earn you gold coins that you can use for upgrades. The faster you upgrade, the better the tower, which in turn will result in a stronger defense. Always remember to plan your tower placement carefully before trying out this method for a higher success rate.

Last but not least, you must learn when to use your in-game skills. This is because your in-game skills are highly dependent on MP or Magic Points. There are three skills available in the game; the first one is “TNT” which features a short-range blast. Another is “Meteor” which is a more devastating version of TNT. The third is Sticky Goo that can slow down enemies. Using any of the aforementioned skills will deplete your MP reserves. With that said, always make sure to use these skills during emergencies.

Tower Defense King requires strategy and tactical skills to play. Nevertheless, getting too serious can sometimes ruin the entire experience. To that end, just enjoy and have fun playing the game with or without tips and strategies.