Draw A Stickman: Epic 3 – Go On A Journey & Defeat The Corruption 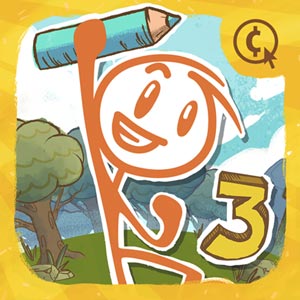 If you’re looking for a game where you can go on an adventure while also being able to express your creativity, then this is your game. It’s titled Draw A Stickman, an adventure game that Hitcents publish. In this game, you will embark on an adventure to try and defeat the corruption taking over the land. And to do that, you will need to solve puzzles and draw stuff. That’s right; you will have to draw stuff using various pencils with different functions. Let’s discuss in more detail how this Epic 3 adventure game works.

How Draw A Stickman Works

This is already the third instalment in the series. So, if you’ve already played the first two games, you already know the basics of the gameplay. If you haven’t played yet, the first thing you need to do is draw your character. It doesn’t matter what the appearance will be. But since it would be your main character, it would be best to make it look as good as possible. After drawing your character, there will be a short cinematic to introduce you to the storyline of Draw A Stickman. You can choose to skip it if you don’t want it. After that, you will undergo a short tutorial about what you will do in this game. To make your character move, you tap on an area on the screen, and it will walk in that direction. You will also be given your first pencil, which is the colour blue.

Its function is to be used as water to help plants grow. To do that, tap on the pencil and then draw blue lines on the plant you want to grow. Then tap the checkmark, and the plants will get watered. Some plants will be located near the Corruption. But if you grow them, they can act as a cleaner and remove the Corruption near them. The tutorial will also teach you to draw a pickaxe that you can use to break rocks or to fight off Corruption. Draw A Stickman is a fantastic adventure game. You get to go on a journey, solve puzzles, battle against monsters, including bosses and draw. All in all, it’s a game you won’t regret playing.

The Features of This Adventure Game 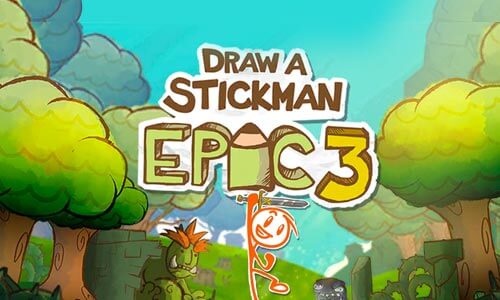 All Draw a Stickman: EPIC 3 materials are copyrights of Hitcents. Our software is not developed by or affiliated with Hitcents.