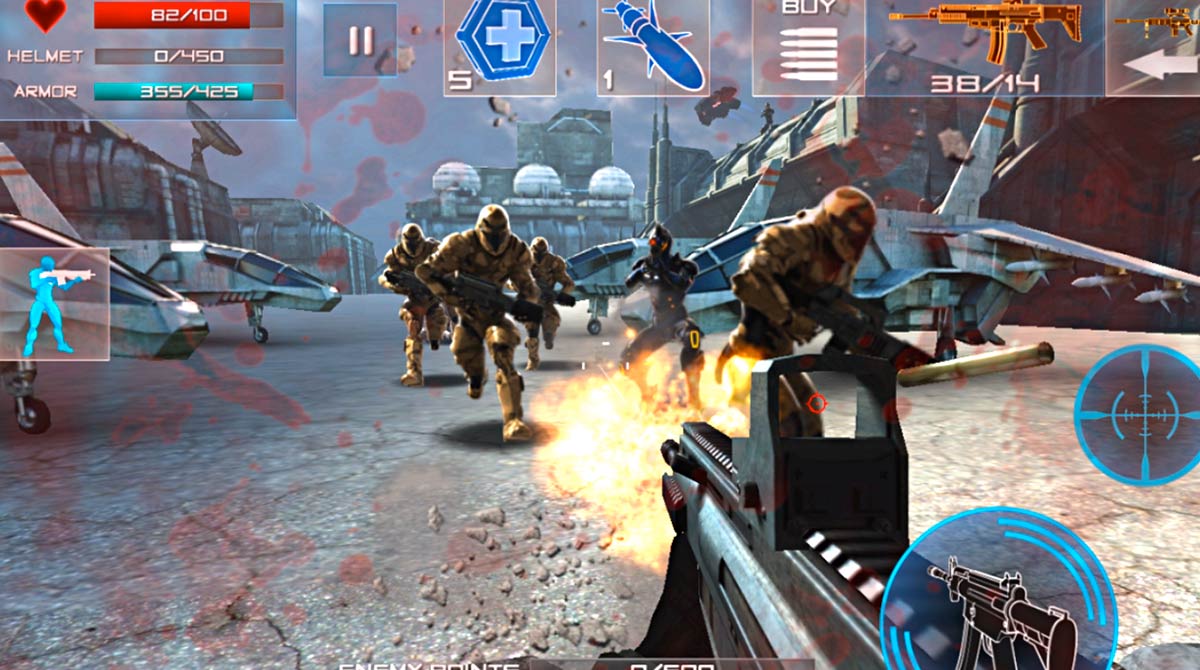 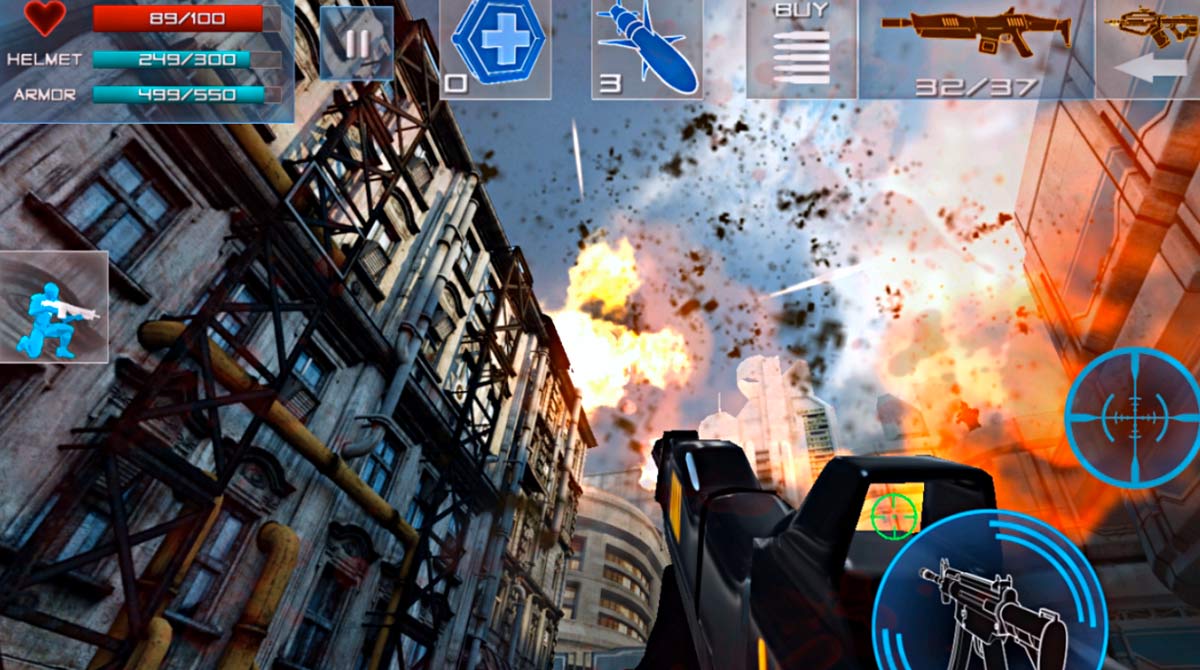 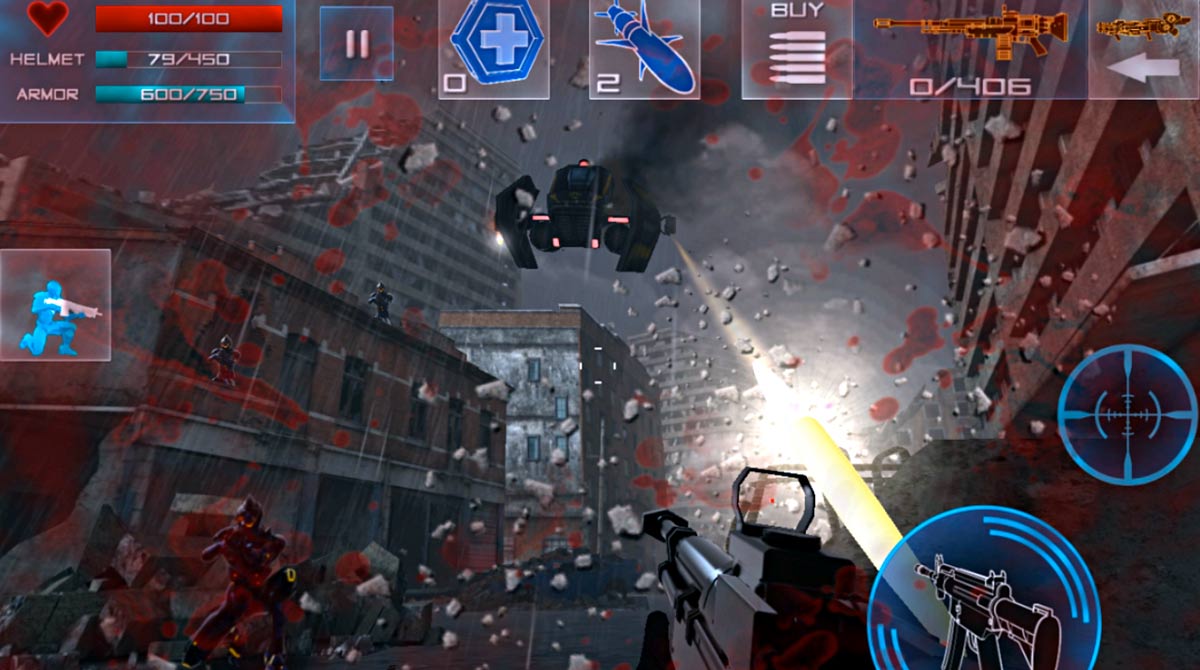 Most of the Earth has been brutally destroyed by an alien invasion. And the last few remaining cities are constantly being attacked. It’s up to you to try and stop the aliens and save the last remaining vestige of humanity’s civilization. This is what you’ll do in the fun action shooting game Enemy Strike.

Published by Killer Bean Studios, it’s a game where you get to defend, survive, and eliminate all alien enemies. It’s a fun FPS where you get to showcase your shooting skills, as well as your abilities to hide and position yourself!

Like with many games out there, you’ll begin this game with a tutorial. It will teach you the basics of the gameplay and what you’ll do here mostly. This would include looking around, shooting enemies, reloading, and ducking for cover. You will also learn about healing and using your special skills like calling for an airstrike to take out enemy tanks.

Once you’re done with the tutorial, you can start playing the actual game. You can choose to start selecting missions and complete them. Or you can head to the shop first to purchase armor and weapons to use in your missions. You will start with 10,000 credits, which you can use for your first purchase. You can also choose to save that and wait until you have more to get better weapons.

One good way to spend your starting credits is to get armor and a helmet. This will help you survive enemy attacks more. Purchase ammo as well since you wouldn’t want to run out during the battle. After that, you can proceed to the missions. When you do a mission, there are three things that you will likely do, surviving, defending, and eliminating.

In surviving, it’s like a tower defense game where you try to survive the wave of enemy attacks for a certain time period. Defending is similar, except there’s no time and you will only have to defend a certain area from enemy attacks. When you choose to eliminate, you just have to kill a certain number of aliens. Each mission will reward you with resources when you complete them. So, make sure you do your best!

You can see that Enemy Strike is a fun and exciting game that you will love playing. And if you’re looking for other action games to play, you might want to try Suspects: Mystery Mansion or Into The Dead 2. 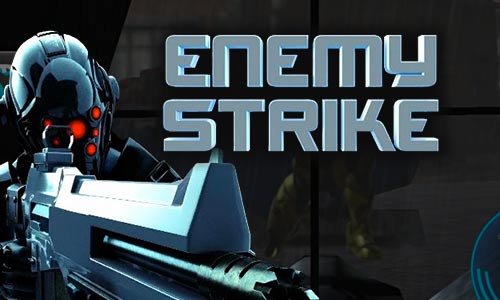 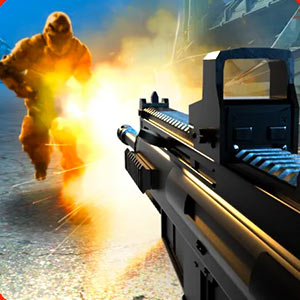