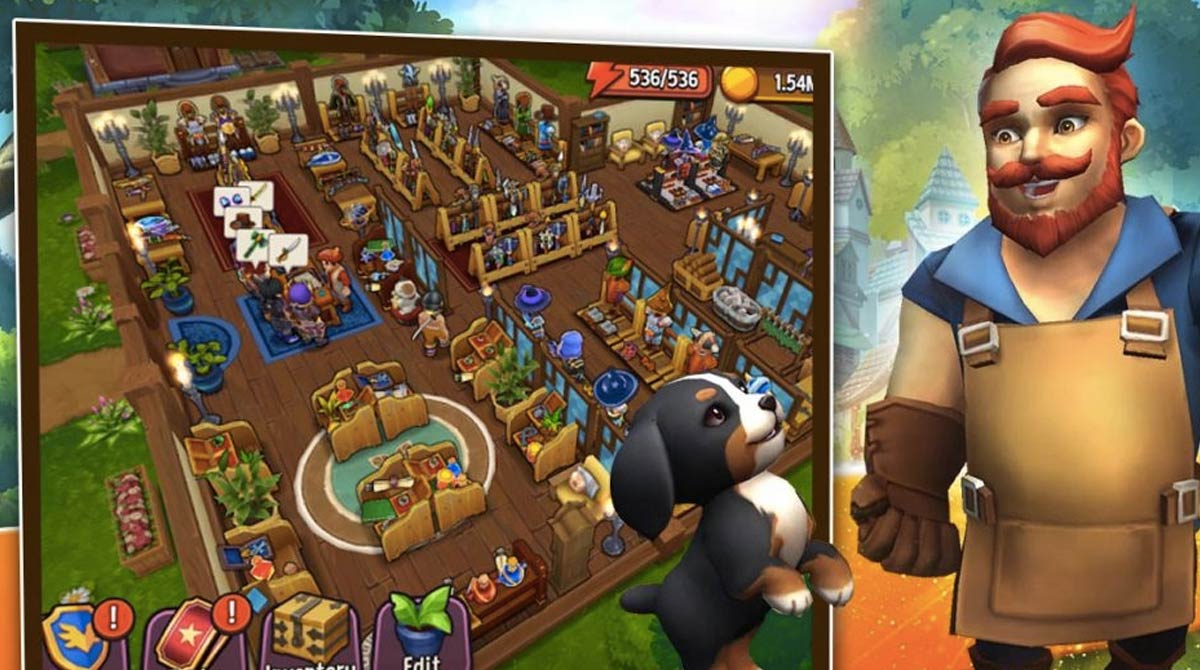 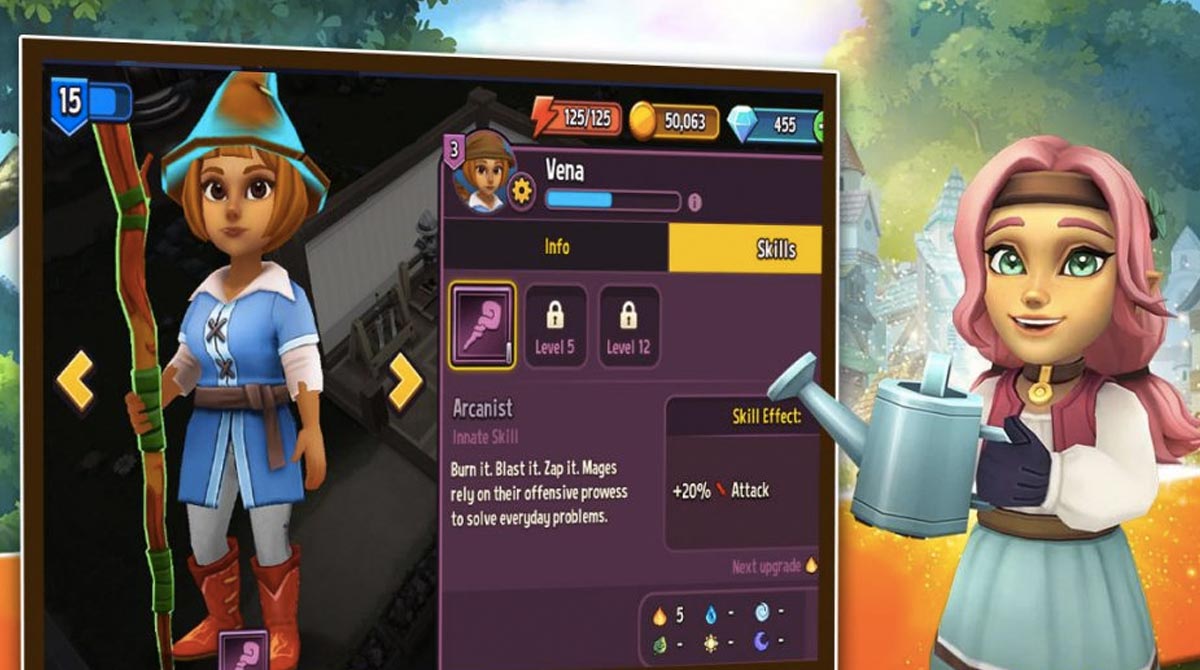 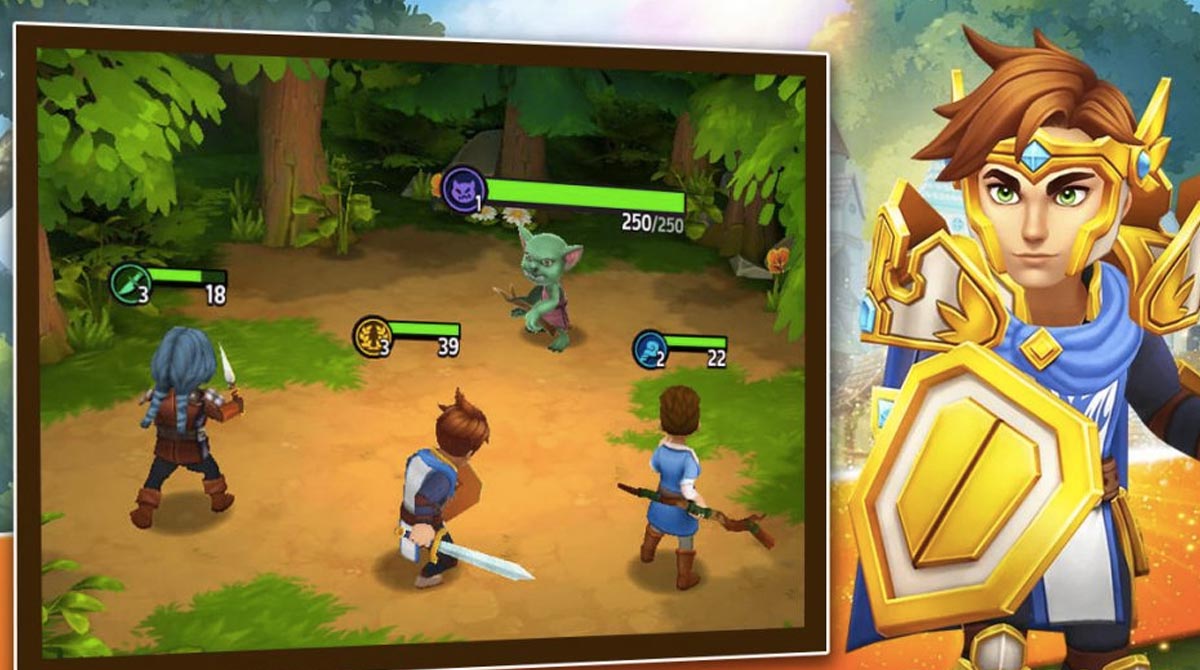 If you are a fan of RPG and Idle games, you are in for a treat as the iconic Shop Titans make their way to EmulatorPC. Experience the life of a trader tasked with building weapons and equipment for heroes. Create, negotiate, and expand your workshop straight from your PC. Take the ultimate entrepreneurship challenge by checking out this highly immersive game today. What are Shop Titans

Shop Titans is a freemium RPG simulation game developed and published by Kabam Games Inc in 2019 for mobile devices. The game combines the immersive skill-building mechanics of an RPG with the rewarding elements of an idle game. In Shop Titans, players can build and customize their store, join a guild, recruit heroes, do quests, and develop their shop empire. However, the highlight of the game is crafting various weapons, armours, potions, and other things a hero needs. Players also can negotiate for the price of their products and venture into epic adventures to gather supplies.

Shop Titans’ unique gameplay mechanics and features made it an instant hit among idle and RPG players across the world. The game has managed to accumulate over a million downloads on the Android platform. Now is your chance to become one of the Shop Titans by downloading this epic game on your PC today.

Shop Titans is a mobile game, which means that you need to download the version of the game featured on this page. Doing this will allow you to run the game seamlessly on your PC without the help of third-party applications. This is because the version on this page is good and powered by the patented gaming technology of EmulatorPC. In other words, you will be able to run this game just like a typical application for your computer.

With that out of the way, it take you straight to the character creation screen the moment you start a new game. The page will allow you to name your character, choose the gender, and customize the appearance. Clicking the “Play Now” button at the bottom of the screen will finalize your character design. New players in the game are highly advised to play through and understand the whole tutorial to avoid confusion in the future. If you do not like tutorials, do not worry since the one featured on this page is interactive and comes with tons of rewards. So what are you waiting for? Download and play Shop Titans on your PC today.

If you’re having fun with this amazing simulation game, then try another fun game online for free. Move to another phase of playing the game as you try and Barbie Dreamhouse Adventures! Best and good game for kids, especially for girls. Or, why not run to Virtual Families 2? Experience more fun games only here! 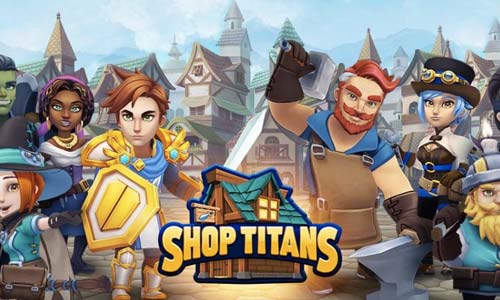 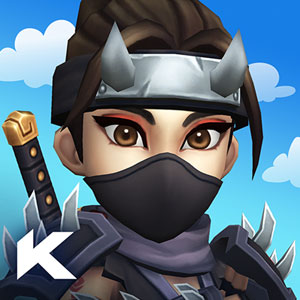